ASHLAND — This vaccination clinic had no tears and no Band-Aids.

And in lieu of a lollipop for being a good sport, patients got tender chunks of raw beef. (Or in Diesel’s case, beef liver.)

The tigers, which are part of a breeding program, were among a handful of felines both at Omaha’s Henry Doorly Zoo & Aquarium and kept behind the scenes at the park to receive the vaccines.

Zoo staff acquired 20 doses of an experimental vaccine in a second round of distribution from the Zoetis company, said Dr. Sarah Woodhouse, director of animal health at both the safari park and the zoo.

In addition to tigers that live on the safari park property, vaccines also have been given at the zoo to tigers, snow leopards, a bobcat and a black-footed cat.

Zoo staff started working with Zoetis in late September to secure doses in the company’s second round of vaccine distribution. Part of the reason they waited for a later round of doses, Woodhouse said, was because COVID rates initially weren’t high in the Omaha metro area.

While still experimental, the vaccine has been administered to animals at several U.S. zoos. Those zoos did not report any significant adverse effects.

Because it’s experimental, Woodhouse said, specific permits for each species had to be sought from the USDA for each facility using the vaccines. The Henry Doorly Zoo initially applied for felines and otters.

Staff opted to prioritize big cats at the zoo and safari park because of how susceptible felines are to contracting the virus. This past week, a 14-year-old tiger died from complications related to COVID at an Ohio zoo.

In November, the only two tigers at the Omaha zoo contracted the illness. A month earlier, five big cats at the Lincoln Children’s Zoo were treated for COVID-19. The Lincoln zoo later announced the death of three snow leopards due to COVID-19 complications.

Staff at the Omaha zoo and safari park had to decide which cats should receive the vaccines. They considered things such as susceptibility, risk of contracting the virus and genetics.

The bobcat that lives in the Desert Dome is in the same space as hundreds of visitors each day, bumping him onto the priority list.

Tigers at the safari park are genetically valuable, pushing them up on the list. Their genes aren’t yet represented in the North American tiger population.

Meanwhile, the 20 cheetahs that live at the safari park in the breeding program don’t interact with people other than their keepers. That kept them from getting a vaccine dose this round.

It’s important to preserve the tigers. About 100 Amur tigers are held in North American zoos. Only 11 cubs were born in the last year, said Dan Cassidy, vice president of animal management at both the zoo and safari park. The tigers have yet to produce cubs at the safari park, but breeding can be a tricky and time-consuming process.

Woodhouse said she is used to prioritizing animal health. But because COVID-19 can be transmitted between humans and animals, she has been after her staff to stay healthy and get vaccinated and boosted. Precautions still are in place behind the scenes, with keepers wearing masks around felines, primates and a handful of other species that are especially susceptible to the virus.

Keepers masked up Friday as they entered the gate to the tiger breeding area at the safari park.

Vera the tiger waltzed right into her enclosure — which is open to her at all times — and started rubbing her face along the fence. She made grumbling noises toward her keepers Carol Eager, supervisor of carnivores, and Stacy Selko, senior keeper.

Using a prop on the outside of the fence, Selko guided the cat along the enclosure, getting her to sit and lie down. While Selko fed the cat hunks of beef, Woodhouse gave the cat’s right flank a prod with a practice needle. That gauged whether the cat would spook or flinch.

The first prod didn’t faze Vera. She sat nicely, eating beef, while Woodhouse stuck her with the real injection.

Woodhouse said they use longer needles just in case an animal does flinch. Most of the time, the animals don’t even feel the jab.

Next door, 330-pound Diesel was a little hesitant. But he sat still long enough to get boosted and snack on some beef liver.

It takes a lot of training time to get the animals to approach the fence for medical care. Woodhouse said tigers often are leery of humans.

Training the cats to come to the fence, lie down and stand up helps keepers manage the animals’ health. After Elara received her booster, Selko had the cat flip to her other side, where Selko applied ointment on a small wound near the cat’s shoulder.

After being vaccinated, the tigers went about their days, most of them lounging in the tall grass of their private enclosures.

Woodhouse said the zoo would like to receive additional doses to vaccinate its lemurs. The lemur exhibit lets people walk through the same space the animals occupy.

Coronavirus cases have been confirmed in gorillas, tigers and lions at zoos; domestic cats and dogs; farmed mink; and at least one wild mink. Recent studies have found COVID-19 antibodies in deer, although wildlife experts have said risk of the animals spreading the disease to humans is low.

Nationwide, 460 cases had been confirmed in 32 states and territories by July 1, according to the federal Centers for Disease Control and Prevention.

Hospitalizations in Nebraska averaged 168 for the week, up 11% from 151 the prior week. There were 186 Nebraskans hospitalized with COVID-19 on Friday, the highest figure since early March.

Jayei, the matriarch of the zoo's elephant herd, is the latest pregnant elephant at Omaha's Henry Doorly Zoo & Aquarium.

An infectious diseases physician at the University of Nebraska Medical Center says Paxlovid, which is used to treat people with COVID, probably should be prescribed more often.

Betty will likely make her first public appearance this fall.

Hurricane Hunter describes his flight into the eye of Hurricane Ian

Hurricane Hunter describes his flight into the eye of Hurricane Ian

Ukraine counteroffensive: Slow advances near the eastern hub of Lyman

Ukraine counteroffensive: Slow advances near the eastern hub of Lyman 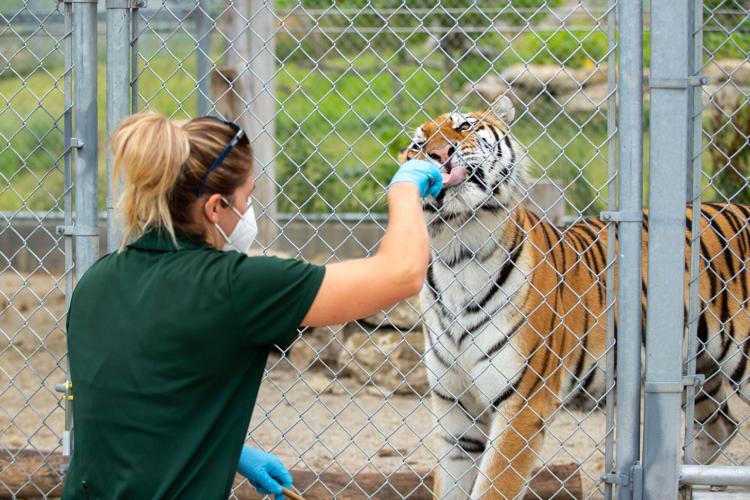 Stacey Selko gives Vera, a 5-year-old tiger, a snack after the feline received a booster dose of the COVID-19 vaccine at the Tiger Breeding Center in the Lee G. Simmons Wildlife Safari Park. 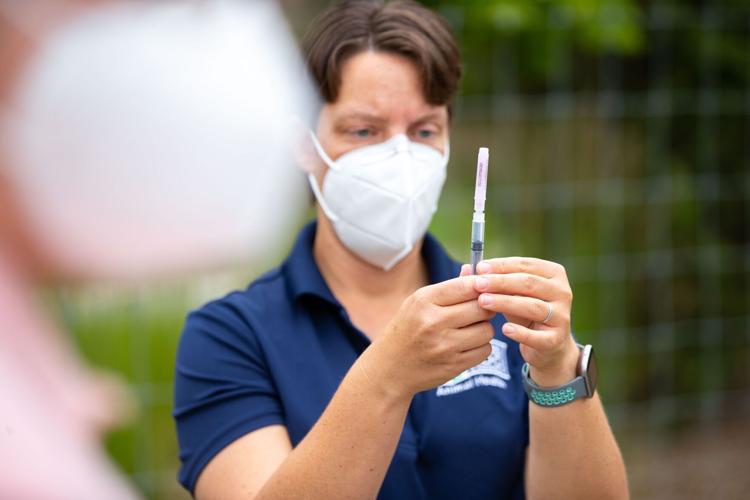 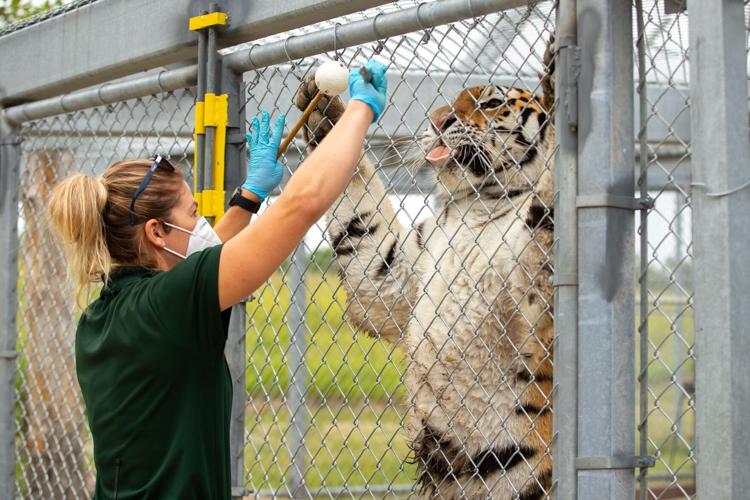 Stacey Selko, a senior keeper at the Lee G. Simmons Wildlife Safari Park, works with Elara, one of six Amur tigers at the park to receive COVID-19 vaccine booster shots. Zoo staff prioritized big cats for the shots because felines are susceptible to the disease.