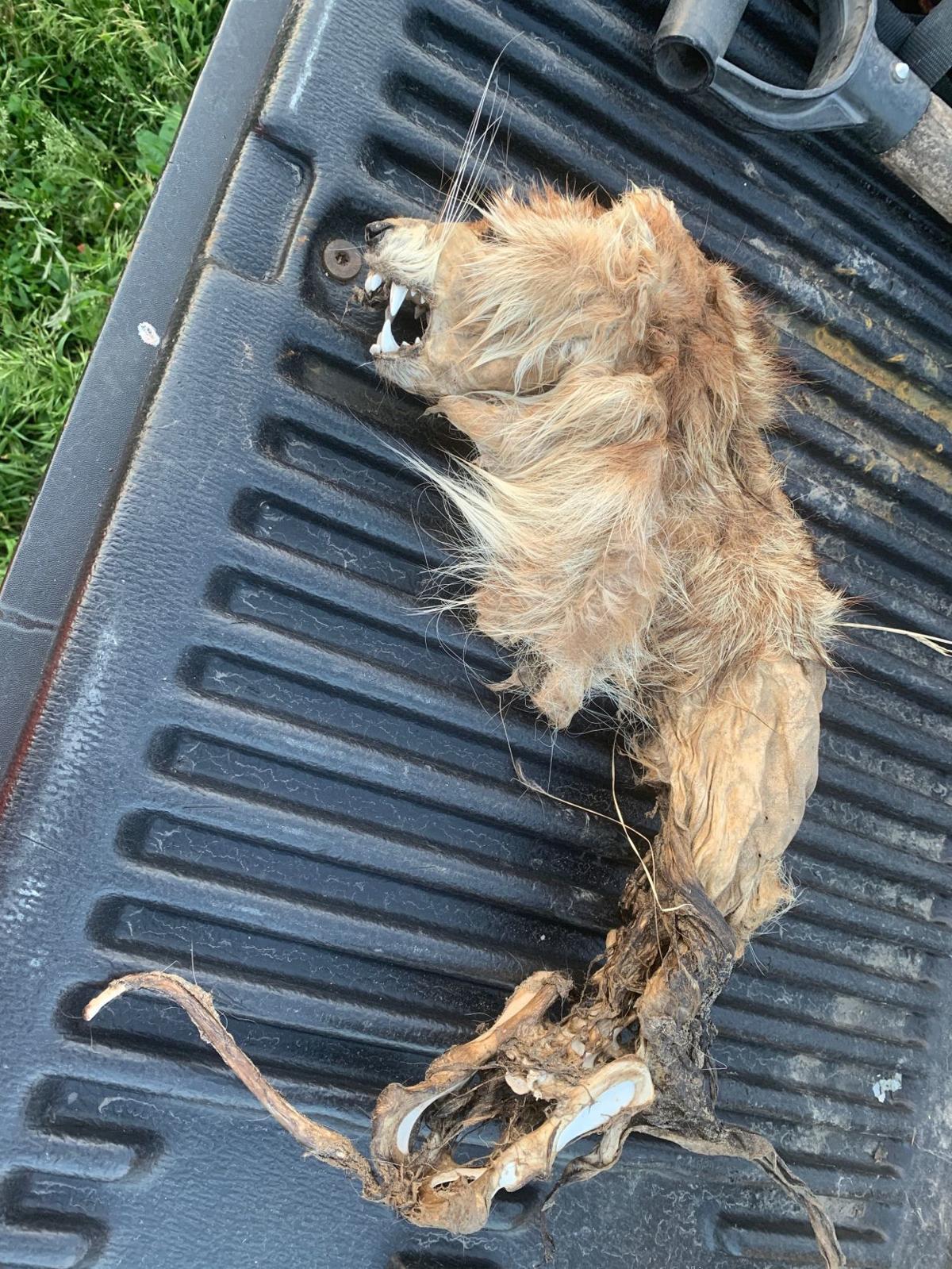 This photo online led to speculation as to what the animal was. 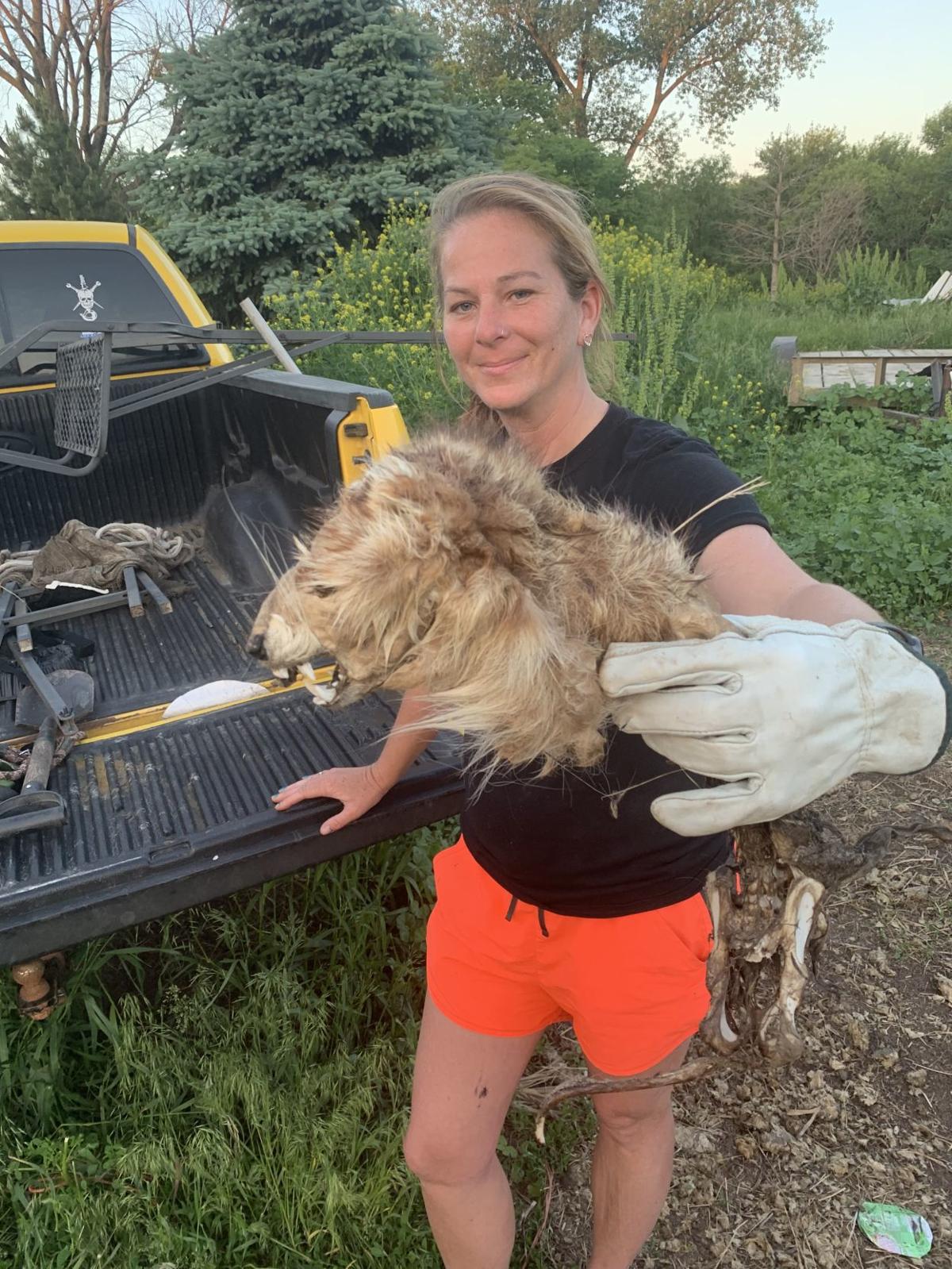 After an afternoon of speculation about photos of an unidentified carcass supposedly at Ponca State Park posted to Facebook by an outdoor sports-oriented television channel, the dead animal has been confirmed to be a blond raccoon.

And the raccoon in question was not found at Ponca State Park.

Angie Ketelsen contacted the Lincoln Journal Star on Friday evening with pictures of herself and the carcass to put to rest the speculation.

She said her dog dragged the carcass to her home near Martinsburg, Nebraska.

"I just wanted to make sure people knew that this has nothing to do with Ponca State Park," she said. "My dog drags dead things home all the time. He's missing half his nose because of it."

The initial Facebook post by the Sportsman Channel  went up Friday morning and garnered more than 500 comments and 170 shares. Many speculated the animal was a golden retriever, a mutant lion and even the ever-elusive snipe.

"It's just a raccoon, but it's hard to see because its fur is so matted and sun bleached," Ketelsen said.

MACY -- Perhaps what makes myths and legends so enduring is the debate that accompanies the attempts to prove or disprove them.

Clare Burke still doesn’t know what made mysterious tracks in her garden last summer, but it left an impression.

'Simply a mystery' — Strange tracks in snow near Curtis

Earlier this month, when Sharon Jorgensen and her border collie reached the cart path that climbs through the trees from the third fairway of the Curtis golf course, she found the tracks that something else had left behind. They were big.

Word spread around Butler County and beyond late last summer about an unusual report of a teenager who'd spotted a hairy, 7-foot-tall creature. And about hairs found later in the vicinity.

This photo online led to speculation as to what the animal was.