Viral and vital: The Nebraska beer fridge that survived a fire, flood and found worldwide fame
View Comments
Share this
{{featured_button_text}}
1 of 5 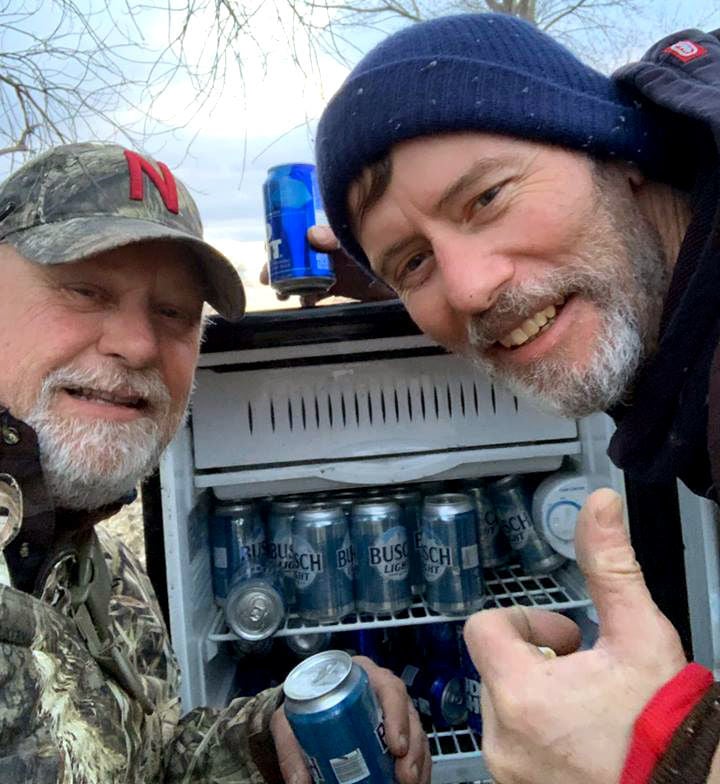 After a long day of cleaning mud and muck caused by Platte River flooding, Kyle Simpson (left) and Gayland Stouffer found a fully stocked beer fridge in the middle of nowhere. “The beer was cold and it tasted delicious,” Simpson said. 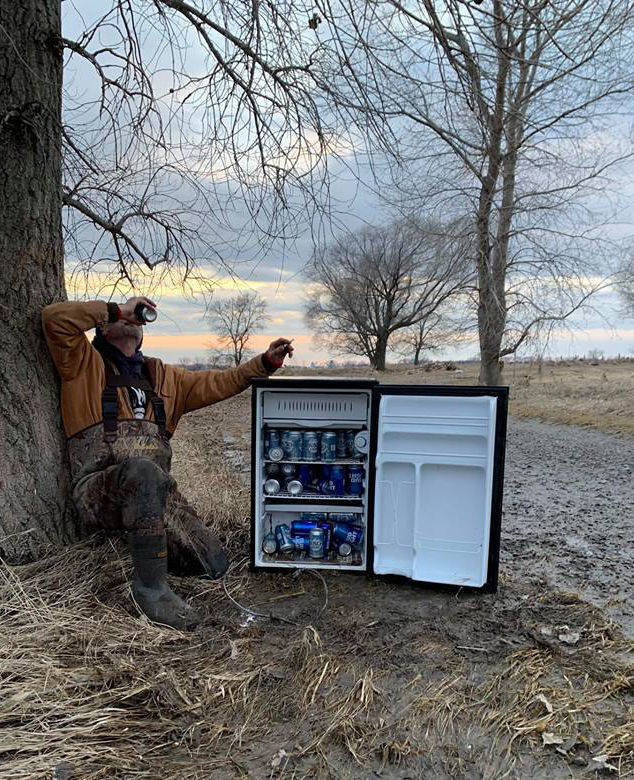 Gayland Stouffer accepts a gift from the beer fridge he found in the middle of a field in Butler County. 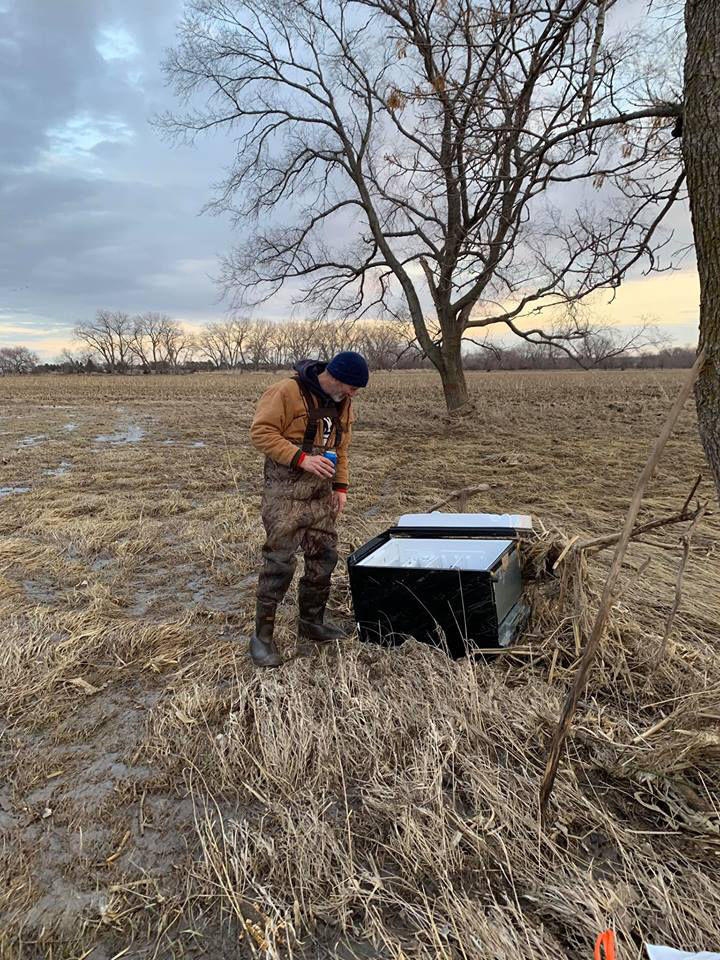 Gayland Stouffer spotted the refrigerator about 50 yards from what remained of a road near the Platte River in Butler County. 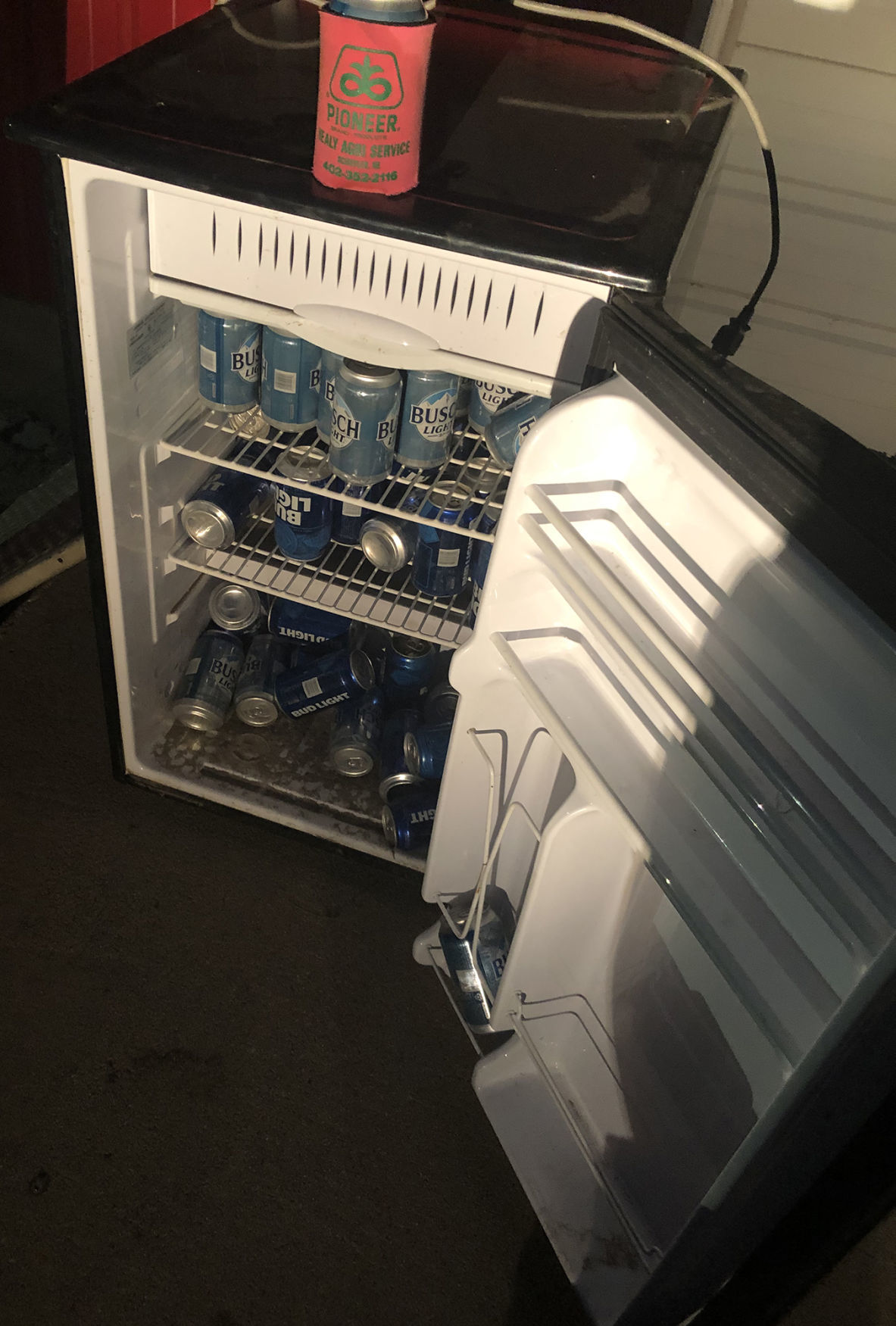 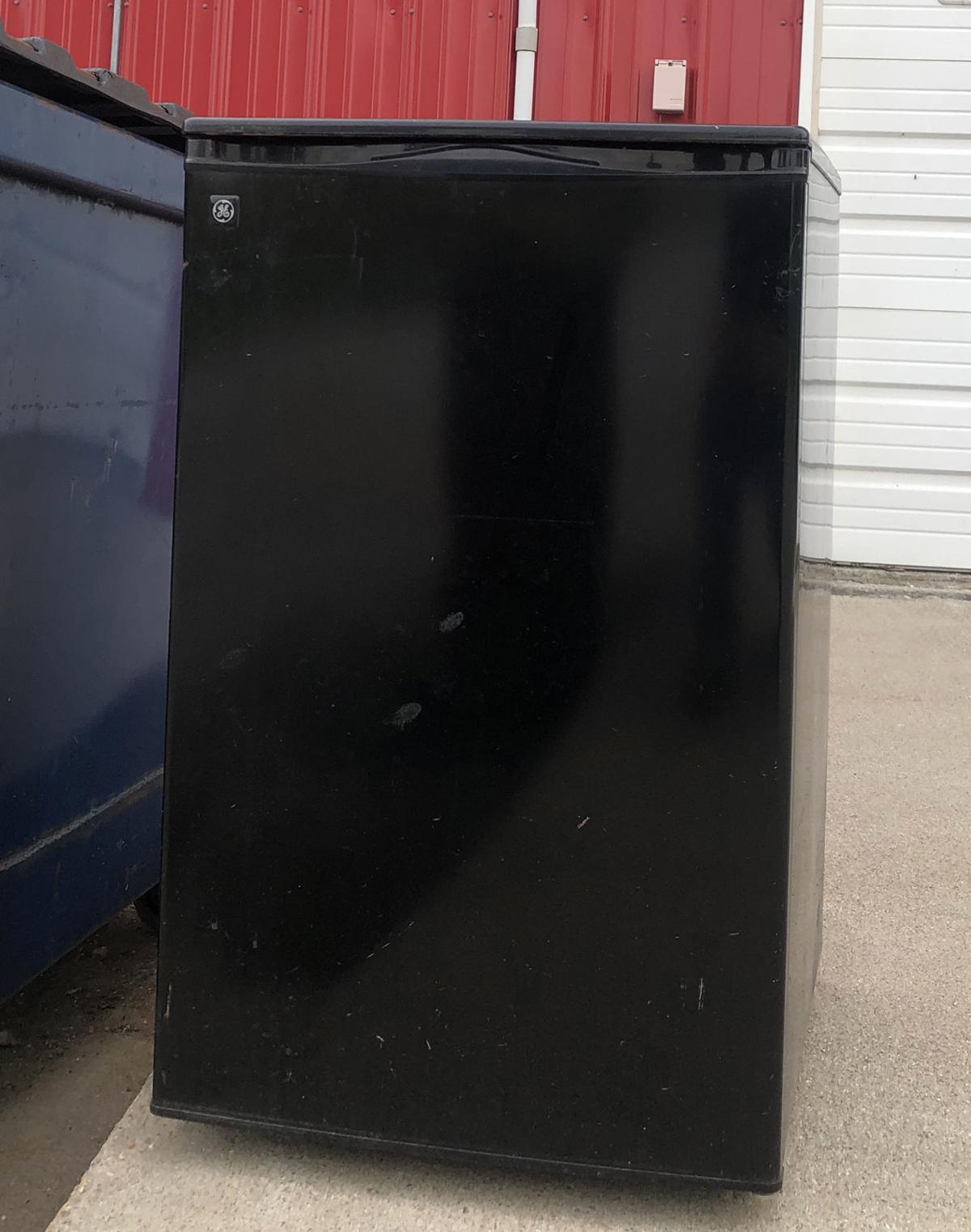 Finding the magic beer fridge in the middle of a flood-scarred field six months ago was Kyle Simpson’s first surprise.

But the second was even more remarkable to him.

He went viral. Local reporters called first, but then the area codes became unrecognizable. He was talking to Denver and Denmark, The Washington Post and USA Today. Fox News and the Kansas City Star.

“It really was amazing. All the major newspapers contacted us.”

Minor news outlets were telling his story, too. TV stations in Tennessee and Ohio and Hawaii. Websites with names such as The Takeout and Busted Coverage.

“We were laughing about it, but that became the story to us. How far and how fast it reached.”

Simpson lived on his phone that first week, granting maybe 30 interviews, telling — and retelling — the story that made him temporarily famous.

He and a friend had spent a long Sunday in mid-March starting to clean up the flood-damaged hunting lodge and family reunion rental he owns along the Platte River near Linwood.

His cabin, built on stilts, had survived, but the surging river had swamped outbuildings and filled his land with debris.

The river had also washed away his road, so the men faced a mile-long walk back to their car in chest-waders, picking through ice chunks, trying to avoid water-filled washouts, building up a thirst.

His friend, Gayland Stouffer, spotted the refrigerator about 50 yards from the remnants of the road, on its back.

Cold beer, clean beer, protected from the flood because the refrigerator door stayed shut as it tumbled miles downstream. A pot of Bud Light and Busch Light gold after a hard day.

Simpson and Stouffer cracked a couple, took a few photos of their find, closed its door and resumed their trudge back to their car.

And then the virus spread. A friend shared Simpson’s photos on the Nebraska Through the Lens Facebook page. The beer fridge’s owner saw them. The Journal Star told the story. It went statewide, then national, and then international.

“We literally had people from all over the world call,” Simpson said.

He’s had six months to think about why it became so popular. And he has a theory. That was such a difficult time for the state — rising rivers were washing away farms and fields and homes, Nebraskans were losing their livelihoods and, in some cases, their lives.

The story hit the spot, as well-timed to others as the cold beer was to them that day.

“I think there was so much bad news,” he said. “And this was something funny that could make you smile.”

His celebrity status hasn’t faded. He was recognized three times in the last week — by the woman cutting his hair in Schuyler, a guy at the co-op, another customer at the Rotella’s bread store in Omaha.

And he’s still cleaning up the lodge he calls Lost Island, trying to be ready for the duck hunting season opener in late October.

The damage to his roads and levees and fences and pump shack will total well more than six figures, he said. His neighbors up and down the river have it worse.

“We complain about it, but we’re luckier than a lot of people.”

Once he could drive up to the lodge, five weeks or so after the water receded, he and Stouffer loaded up the fridge and drove it home, several miles upriver to the Healy farm.

Simpson had talked to Brian Healy after his photos went viral, and had learned the rest of the story: The GE mini-fridge had been in Healy’s parents’ house, but when that burned in 2007, it was demoted to their cabin on the river.

They kept it stocked with Bud Light, for his father, and Busch Light, for the rest of the family. Then their cabin disappeared in the flood, torn off the bank by trees or ice chunks.

Healy was also surprised by how much fame his fridge found, but he’s glad it did. It added some light to a dark time. And it helped tell the world what was happening in Nebraska six months ago.

“I hope it brought some awareness to how devastating the flooding was.”

They bought another nearby cabin, but the fridge hasn’t yet made the move. It’s still at the farm, where Simpson dropped it off.

“My dad plugged it in and it started up and kept it at 38 degrees,” Healy said. “I tried a beer but it was pretty skunky.”

The idea appeared two years ago, as bright as a light bulb, and Indigo Mathes knew he needed to build a tiny house — or at least try to.

A tropical mosquito originally from Africa capable of carrying the Zika virus, yellow fever and other tropical diseases was detected for the f…

'He fought to live' — Tough summer for Tucker the maltipoo

About the time 2-year-old Tucker was slipping through a fence in southwest Lincoln, Ellen Spencer was watching the sun set on the Smoky Mountains.

At the turn of the last century, around the time he was acquitted of losing a quarter-million in tax dollars, a former state treasurer chucked…

OMAHA — Floodwater from the Missouri River has forced officials to close a portion of Interstate 29 in western Iowa.

FREMONT — P.J. Mossburg learned a few things by working in the Hope Garden this summer.

Jerry Penry moved fast. The amateur photographer and aircraft enthusiast got lucky in mid-August, when he snapped a photo of a jet crossing in…

After a long day of cleaning mud and muck caused by Platte River flooding, Kyle Simpson (left) and Gayland Stouffer found a fully stocked beer fridge in the middle of nowhere. “The beer was cold and it tasted delicious,” Simpson said.

Gayland Stouffer accepts a gift from the beer fridge he found in the middle of a field in Butler County.

Gayland Stouffer spotted the refrigerator about 50 yards from what remained of a road near the Platte River in Butler County.