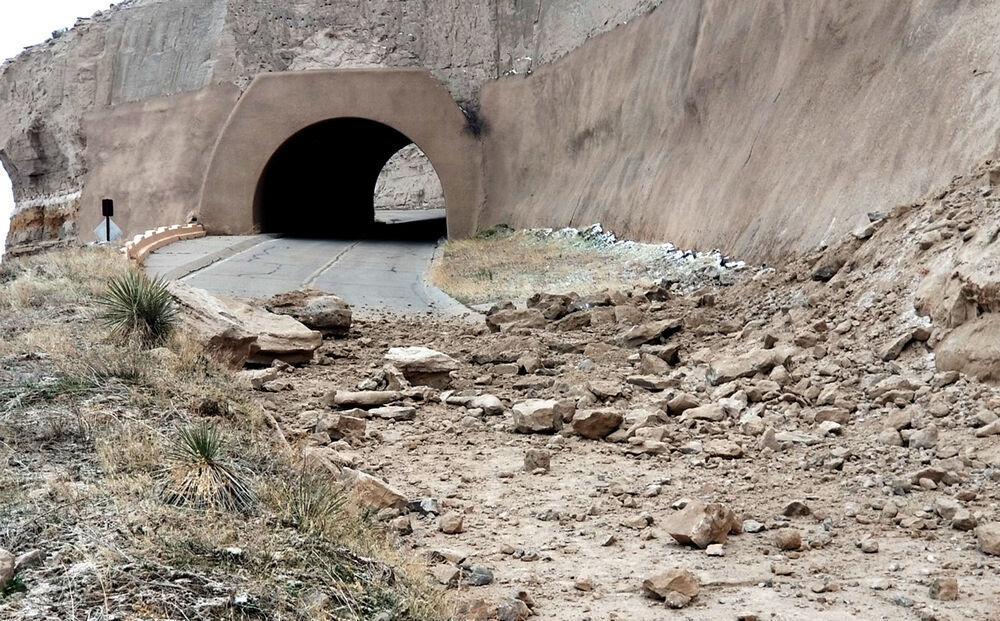 A landslide blocks Summit Road at the Scotts Bluff Monument on Wednesday. 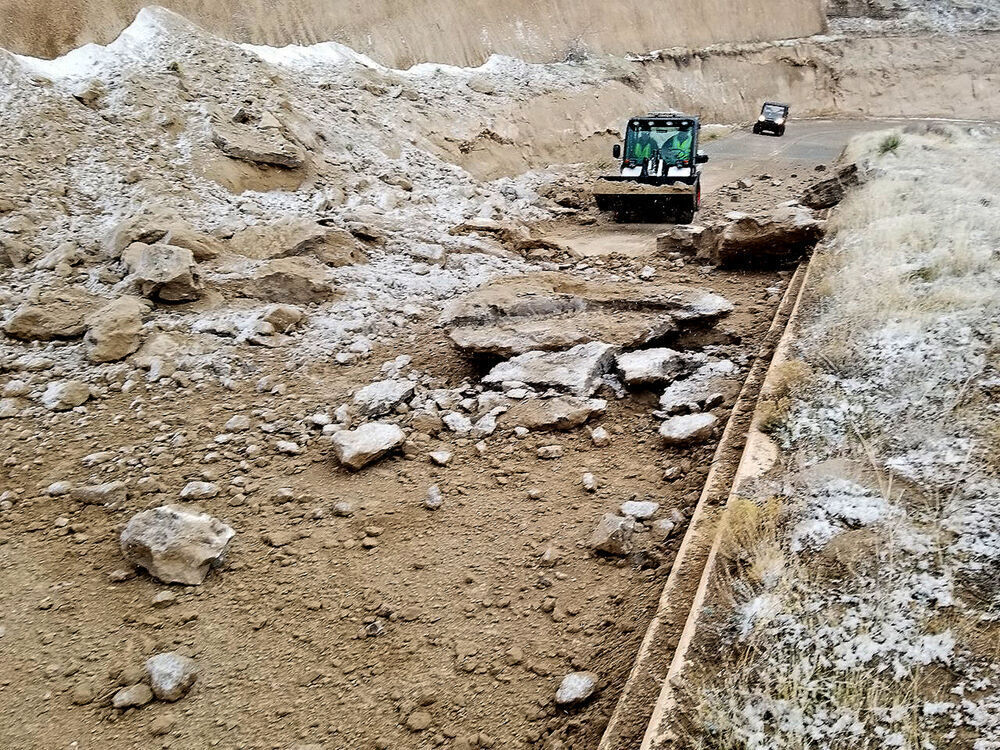 SCOTTBLUFF — The recent swings in temperatures and moisture took a toll on Scotts Bluff National Monument this week.

Superintendent Dan Morford attributed the two slides to weather. Morford said moisture freezing then melting combined with winds are a shattering combination for the monument.

“When they all come together, that seems to be when a majority of our activity happens,” he said.

Morford expected the trails to stay closed until Friday as crews work to remove the rock.

“You can still walk to Scott Springs, but the upper trail is closed,” he said.

Morford said his office was notified of the rock slides late Tuesday night. He said his crews got up Wednesday morning and confirmed that limestone splintered off. Morford said the rock slide on the Saddle Rock Trail occurred between tunnels two and three.

The Summit Road will be closed until deemed safe. Limestone broke off and covered that road as well.

When slides happen, Morford said his crew shifts gears from its day-to-day work to the limestone-removal crew. As some crew members shovel rock off trails, others keep an eye on the monument.

“We have a spotter sitting away from (the worksite) just watching up above where everybody’s working. They see something, they can holler and we can get out of the way,” he said.

Morford said he doesn’t expect the rockslides to cause any major financial issues for the park.

Students help determine if mussels would thrive at Homestead

BEATRICE — A member of the mollusk family once abundant is now federally threatened in the Midwest, and employees of the Homestead National Mo…

With 'roller coaster' weather in Nebraska, it's best to hit pause on planting

It's too soon for annuals and vegetables, no matter how tempting the  warm weather may be for gardeners.

Tornado season nears, but twisters have been rare in Nebraska in recent years

Last year, Nebraska had 21 tornadoes, less than half the annual average — 51 — of the past 30 years, based on National Weather Service statistics.

A landslide blocks Summit Road at the Scotts Bluff Monument on Wednesday.