OMAHA — The night James Scurlock was shot and killed by bar owner Jake Gardner, Gardner and other people sat inside his downtown bar with a shotgun and three handguns, discussing how they would deal with looters.

Special prosecutor Fred Franklin talked Wednesday about the evidence Omaha police had gathered about the May 30 fatal shooting of Scurlock, 22, by Gardner, 38. The shooting occurred during a night of protests over the May 25 killing of George Floyd by Minneapolis police.

A day before, Franklin noted, President Donald Trump had tweeted a statement that said, in part, “…when the looting starts, the shooting starts.” The tweet came after protesters had burned a police station.

No one tried to go inside the bar, Franklin said, but vandals broke out the bar's windows. It would be understandable that Gardner was frustrated, Franklin said, and "you would imagine he emerged from that business with some anger about what had happened."

When Gardner went outside, Franklin said, the question becomes whether his state of mind was consistent with using deadly force.

Less than 10 minutes after Gardner emerged from the bar, Franklin said, David Gardner, Gardner's father, confronted someone videotaping what was happening in the streets. One thing that can be concluded from looking at the video, Franklin said, is that after David Gardner was knocked down and Jake Gardner started heading toward him, he didn't go to help his father up. Instead, he said, Gardner went after the person who knocked his father down.

Gardner, who had a handgun in his waistband, later ended up in the confrontation after Scurlock jumped on Gardner's back and Gardner shot Scurlock.

Franklin said he could not disclose any of the testimony that came in front of the grand jury or identify any witnesses.

"I was saddened and am still saddened about Jake Gardner having taken his own life," Franklin said. The death, he said, "deprived the community to be able to have this evidence play out at trial."

Franklin said he delayed giving a statement until Wednesday in the hope that he would have a report from the Hillsboro Police Department detailing its findings concerning Gardner's suicide, but he said he had not yet received the report.

Photos: Third night of protest in Omaha amid a new curfew

A former manager of three fast-food restaurants in the Omaha area has been sentenced to 2½ years in federal prison for stealing from the chain’s owner, federal prosecutors said in a news release.

Police initially reported that the man had been assaulted, and his death was ruled a homicide. His body was found in a yard outside a Grand Island home.

Police said the man who had been driving the city bus and a witness held down the suspect, who allegedly had tried to drive away but only got half a block in the damaged SUV.

A witness jotted down the suspect's license plate after allegedly spotting him walking away from a car with a broken window and alarm blaring.

“Never have we had a prosecutor so cowardly dehumanize and demoralize a victim,” James Scurlock II said. Douglas County Attorney Don Kleine fired back, saying he doesn’t consider Scurlock a victim.

The shop opened Friday. “When Trump wins, we’ll sign a new lease on this place until the inauguration, or maybe for all of next year,” the manager said.

Special prosecutor Frederick Franklin's statements, the suit says, "included implications that Mr. Gardner was a racist" and "also falsely stated that it was Mr. Gardner's own words that showed his intent to kill." 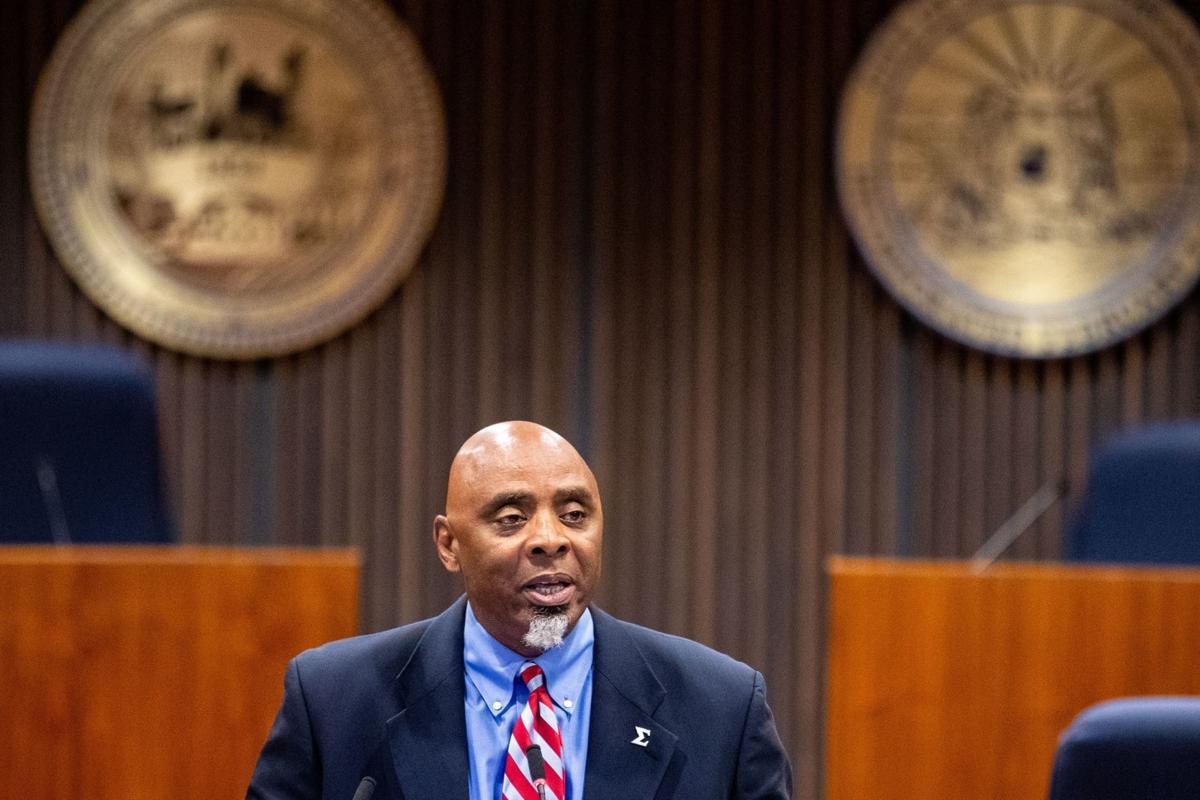