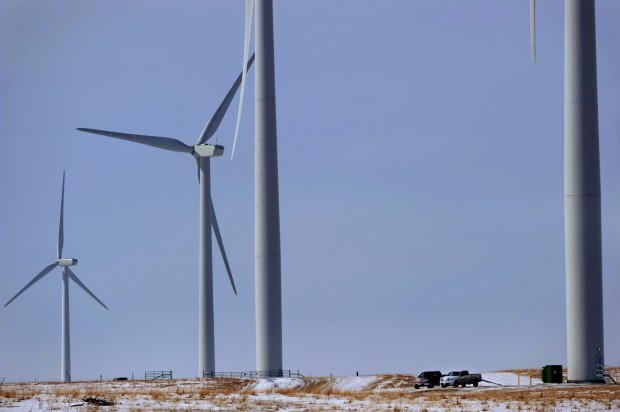 Wind chargers rotate on a ridge. 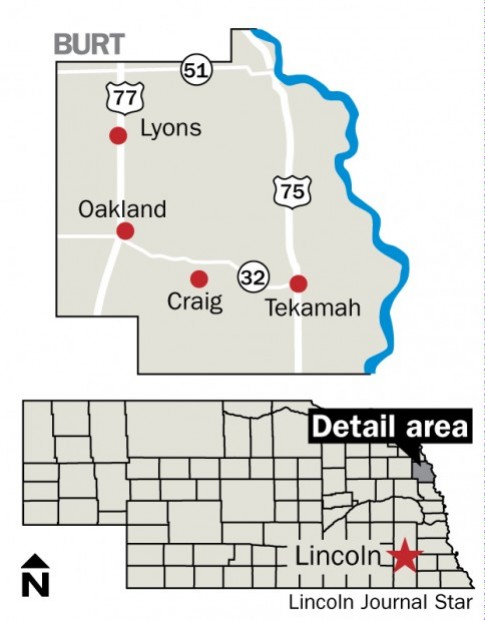 Some small towns and counties dream of having wind turbines to provide clean, renewable energy and as a hedge against high electric bills.

Few take the initiative to try to make their dream a reality.

Burt County Wind LLC may be the exception.

A grassroots group of 22 farmers, Burt County Wind has been working since 2010 to build a small wind farm that could be as a model for counties and other governmental entities in Nebraska, according to its president, Graham Christensen of Oakland.

Since its inception, Burt County Wind has teamed up with wind energy developer Juhl Wind, a Minnesota-based company that pioneered the concept of Community-Based Energy Development, or C-BED, projects.

Christensen believes Burt County Wind would be the first "true" C-BED project in Nebraska. He said other wind projects may have started out that way, but eventually they were sold to large wind developers.

The project has been endorsed by state Sens. Lydia Brasch of Bancroft and Annette Dubas of Fullerton, the Burt County Board of Supervisors and the county's economic development agency, the Douglas County Board and the Greater Omaha Economic Development Partnership.

Brasch, who is vice chairwoman of the Legislature's Natural Resources Committee, characterized the grassroots effort to build a wind project as a survival story. She said the county has lost people and schools through consolidation and businesses on Main Street.

"The people in the area have researched this. They have selected to invest … and help themselves through their tax base. It will help pay for so many things while they try to recruit people to come back," she said.

So, far the group has raised about $176,000 toward the project, which would have six turbines, each capable of generating 2 megawatts.

The money was used to hire a developer and attorney, put up a meteorological tower to monitor wind speeds, hire consultants for wildlife and transmission line issues, and conduct studies, Christensen said.

Wind turbines would go up on  a ridge in the middle of the county. Power would be distributed over smaller transmission lines, sold locally or to surrounding areas.

"We have excellent wind," Christensen said.

A key selling point is that the wind farm would bring about $40 million in economic benefits to local communities and the state during its 20-year life, Christensen said.

"A project like this returns more dollars per megawatt to the state than any other project hands on," he said.

Burt County Wind will be one of a dozen or so "unsolicited" projects that will be on a list presented to the NPPD Board of Directors on Sept. 11-12 in Columbus.

NPPD management decided to compile the list after board member Fred Christensen, who is Graham Christensen's father, made a motion at the board's August meeting.

He did so, in part, because he wants NPPD to seize the opportunity and help develop more wind farms in the state before a federal tax credit for renewable energy projects expires at the end of the year.

"Only Nebraska projects should be considered, and locally owned C-BED projects should be given special consideration because of their additional economic development benefits to rural communities," Fred Christensen wrote in his motion.

Dave Rich, renewable energy development manager for NPPD, estimates the dozen or so projects that will be on the list will add up to about 1,700 megawatts of power generation capacity.

Burt County Wind, because of its small size, could be at a disadvantage because it does not have a commitment from a local industry or other large customers to buy its power, he said. Developers of commercial wind farms usually have commitments before they start building.

"The challenge they (Burt County Wind) and other projects have is economies of scale," Rich said.

For example, he said, it would be more costly for a small wind farm to hire a mobile crane to erect tall towers and turbines, compared to a company that builds wind farms with dozens of wind turbines.

On the plus side, Burt County Wind is a C-BED project, Rich said, which means more commitment from Nebraskans to be involved.

"Our board is interested in all Nebraska projects. But the challenge is local economic benefits versus cost of power."

Wind chargers rotate on a ridge.