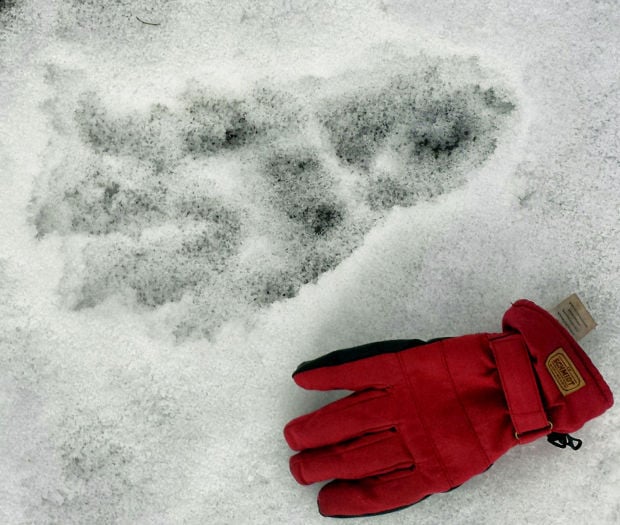 As a former farmer, 63-year-old Sharon Jorgensen has seen plenty of animal tracks, but never anything like what she found in the snow near Curtis earlier this month. "It's simply a mystery," she said. 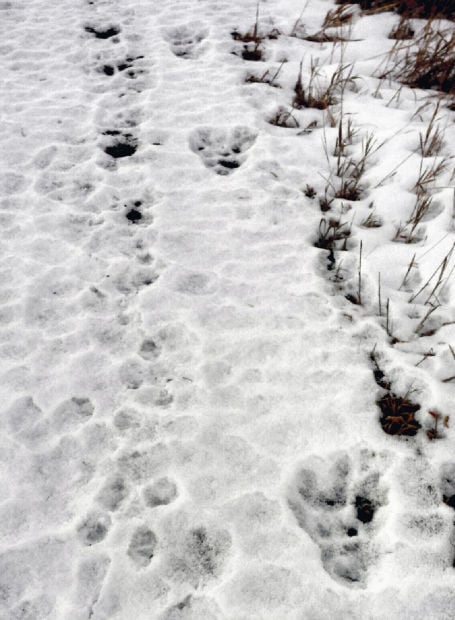 The footprints Sharon Jorgensen found while walking her dog on the golf course in Curtis disappeared into the woods, but Jorgensen stayed on the fairway. "I’m not going to follow anything with feet that size." 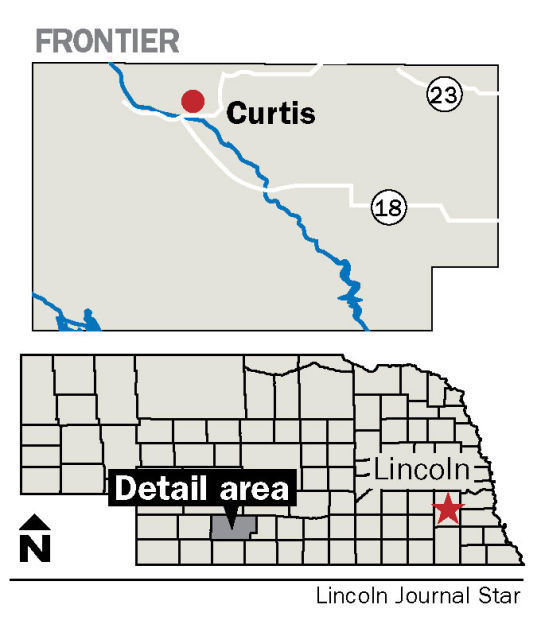 She hadn’t walked the east side of the golf course in Curtis for a couple of weeks — too cold, too much snow -- but something else had.

And earlier this month, when Sharon Jorgensen and her border collie reached the cart path that climbs through the trees from the third fairway, she found the tracks that the something else had left behind.

They were big. She dropped her glove alongside one and snapped a photo; the four-toed footprint was half again as large.

They were far between. She estimated the distance between them at nearly 6 feet, an Olympic-sprint stride.

They were alone. The snow surrounding them was untouched, unblemished.

“There were no other feet prints out there but mine and this big guy,” Jorgensen said. “The snow tells the story. What it is, I don’t know.”

In the two weeks since she found the footprints, she’s heard plenty of possible explanations. A mountain lion, hopping. An owl, flopping. A turkey.

But who would fake it way out there? On the edge of the rough nearly a half-mile from the clubhouse, in a small town south of North Platte, in the heart of winter?

“This isn’t a joke,” she said. “This is the middle of nowhere. If you were going to make a joke, you’d put them where someone was going to find them. This isn’t that place.”

She and Babe walk nearly every morning as soon as the sun rises, down the hill from home and into the nine-hole Arrowhead Meadows Golf Course along Medicine Creek.

Jorgensen is not the village crazy. She worked the farm with her husband, Richard, about 10 miles south of Curtis until a year ago, when they moved to town and their kids took over.

The 63-year-old has been a church leader, a school board member.

“I think I’ve served on every board in town, so I’m not a nut,” she said. “Everybody in town knows who I am.”

After finding the footprints that morning, she called Babe over to investigate. The dog wasn’t impressed or interested. The tracks seemed to emerge from the trees and then return to their cover, but Jorgensen wasn’t about to follow.

So she took pictures and called her daughter, and word soon got to golf course superintendent Eric Senff.

“I was actually home that morning when Sharon sent me the pictures,” he said. “I went out there and looked at them.”

The 30-year-old has run the golf course for a half-dozen years, but until he followed the tracks from the third to the fourth, he’d never encountered anything out of the ordinary.

“As big as they were and as long as the strides were, I’ve never seen anything like it.”

He showed them to a biologist, who said they could have been made by a jackrabbit, but Senff had never seen one on the course. He remembered a farmer nearby had reported seeing a black bear a year or so ago, but that didn’t fit. And he heard another farmer in the area raises emus, but he looked at pictures of their tracks online, and they weren’t quite right, either.

Jorgensen talked with a Frontier County deputy and a Game and Parks employee, she said, but they offered no answers. She also heard from a Nebraska-based bigfoot investigator, who asked her to look for trees pulled down into arches or tipi-type shapes -- telltale signs of sasquatch.

Jorgensen walked the woods but didn’t find any.

The investigator suggested she keep her dog leashed for her safety, but Jorgensen walks Arrowhead Meadows so Babe can run free.

The investigator also told her to talk to whatever made the prints, and Jorgensen does. She says: I intend to leave you alone. So please, leave my dog alone.

And in the past two weeks, with the tracks disappearing in the snowmelt, she hasn’t felt threatened.

She hasn’t seen any more signs.

“But I’m not going to tell you I don’t watch the trees more than I used to. Because I do.”

Clare Burke still doesn’t know what made mysterious tracks in her garden last summer, but it left an impression.

He was paying nothing for tuition on a full-ride football scholarship, living rent-free in the house his parents bought, and had already put i…

Word spread around Butler County and beyond late last summer about an unusual report of a teenager who'd spotted a hairy, 7-foot-tall creature. And about hairs found later in the vicinity.

It can be lonesome searching Nebraska for evidence of a bipedal, hairy beast that most of society has written off as fantasy.

MACY -- Perhaps what makes myths and legends so enduring is the debate that accompanies the attempts to prove or disprove them.

Even sasquatch needs an occasional salt fix, so it makes sense Lancaster County and its saline wetlands leads the state in reported bigfoot si…

HASTINGS — Skeptics and believers alike can learn more about Bigfoot thanks to a new museum.

Watch Now: Torn flag in David City believed to be work of Bigfoot

The flag that was torn and braided over Memorial Day weekend in the cemetery has been thought to be the victim of extreme storms or flag desecration. But one theory that’s gaining traction is stranger than the normal explanations.

'I know they are here': Hastings will again host Nebraska Bigfoot Conference

Igor Burtsev of Russia, who has a Ph.D. in history and once was a member of an abominable snowman expedition, will be the keynote speaker at the Nebraska Bigfoot Conference this weekend.

As a former farmer, 63-year-old Sharon Jorgensen has seen plenty of animal tracks, but never anything like what she found in the snow near Curtis earlier this month. "It's simply a mystery," she said.

The footprints Sharon Jorgensen found while walking her dog on the golf course in Curtis disappeared into the woods, but Jorgensen stayed on the fairway. "I’m not going to follow anything with feet that size." 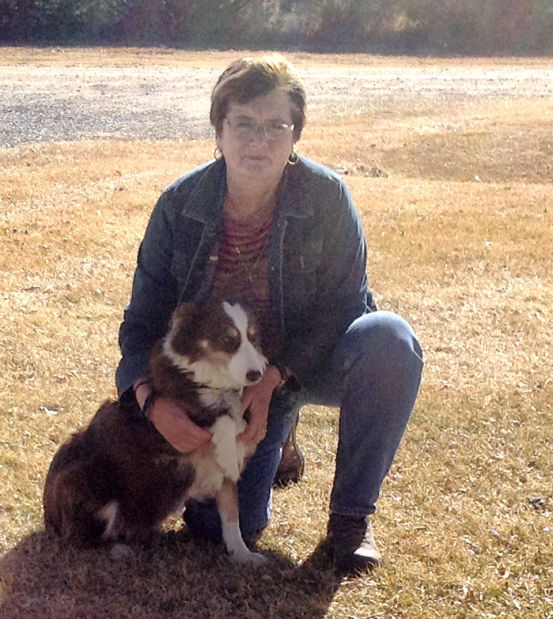 Sharon Jorgensen and her border collie, Babe, at their home in Curtis.