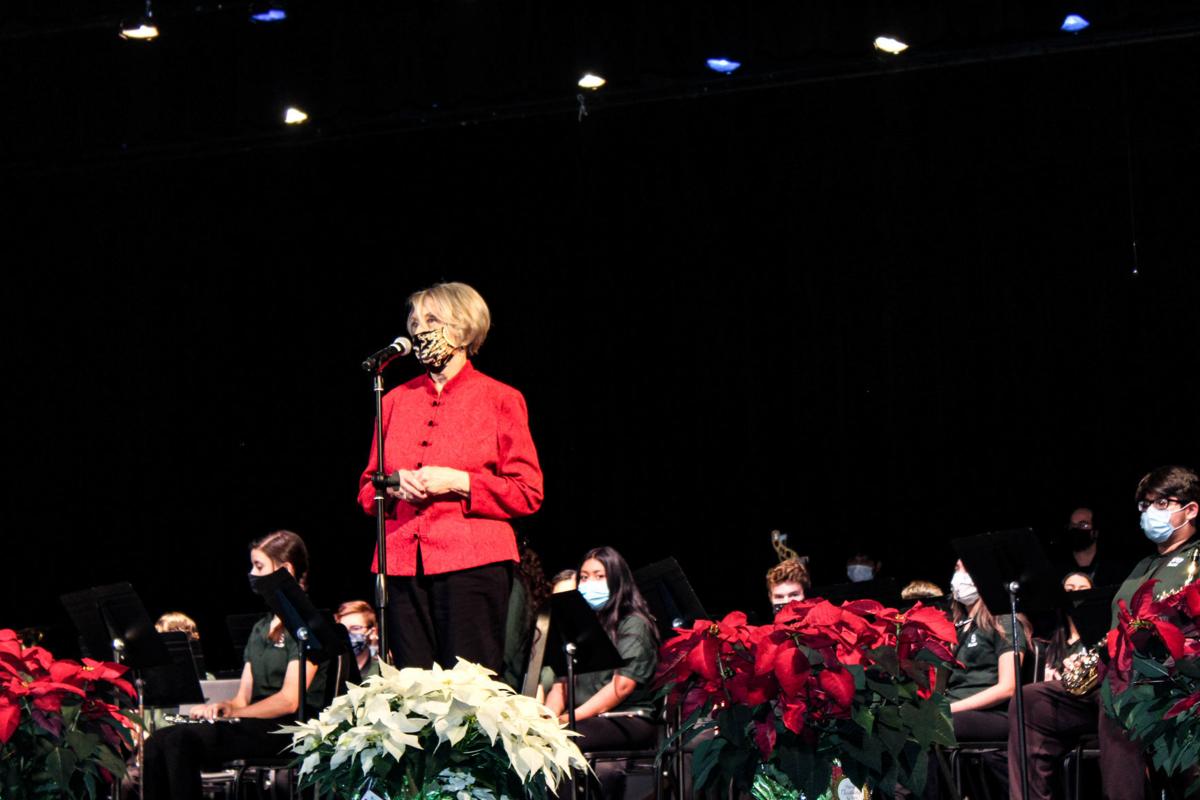 Sheri Balak of the Schuyler Community Schools Foundation speaks during a ribbon-cutting ceremony for a new auditorium. 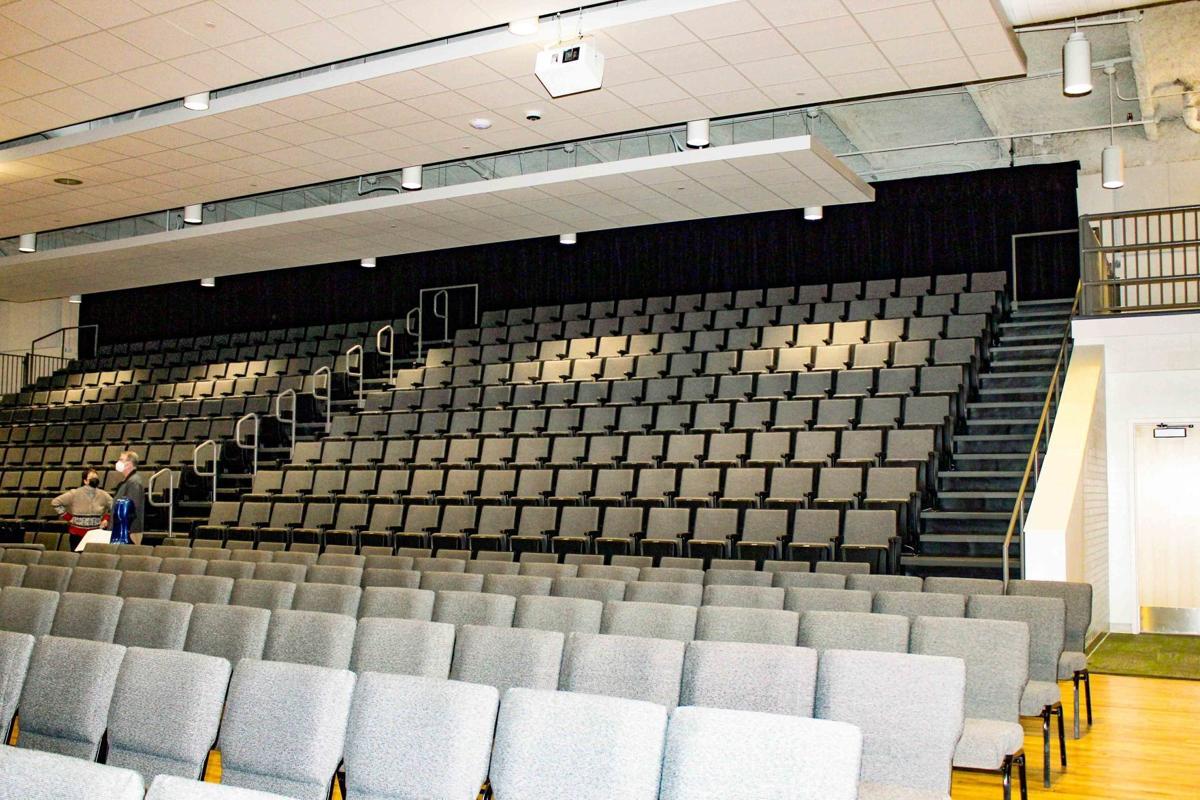 The seats on the floor of Schuyler's new auditorium can be removed, allowing for more flexible seating arrangements during events.

SCHUYLER — The new Schuyler Community Schools auditorium opened its doors with a Christmas concert, which actually came days before the official ribbon-cutting. The next day, there was a play performed on the main stage.

The auditorium was part of a $12.5 million bond approved by voters last year. The theater construction itself took about six months, said Superintendent Dan Hoesing.

It was formerly a gymnasium. The remodel included extending the stage, adding permanent seating to the bleachers and flexible seating on the floor. There is room to seat 740 people and once all work is completed that will grow to a capacity of nearly 1,000, Hoesing said.

Sheri Balak of the Schuyler Community Schools Foundation said she was amazed when she saw the new performing arts auditorium.

“To think that the flooring was the original flooring that they just refinished, it’s just beautiful,” Balak said. “The acoustics are wonderful.”

She added that she especially likes how the seats on the floor can be removed or reconfigured so there are flexible choices during events held there.

“This is just a vision that the school leaders have had,” Balak said. “It’s come to fruition and they’ve enabled the community to support this project.”

There were three phases to the renovation. The first two parts of the project refurbished the cafeteria, while adding a new gymnasium and wrestling room.

With a new gymnasium, officials were free to use the old one to enhance performing arts, something Balak said adds value to the educational experience.

“We do our core academics and then we do our vocational programs and our auxiliary programs,” Hoesing said. “We’re pretty fortunate that this fall we got to open up a new athletic end of our building and our art program. Visual and performing arts are pretty important in this community.”

US, Japan to talk security in Indo-Pacific region

US, Japan to talk security in Indo-Pacific region

A young dog named Hero, credited with breaking free of a bad home situation and saving five other canines, is getting another chance at life in Lincoln with Carrie Herrera.

Yemin An, 21, of South Korea, and Zhaoxin Chen, 24, of China, were killed April 1 while working on an airplane engine inside the facility at the Sidney Municipal Airport.

At one time, the late owner Monte Hollertz claimed, 100 people per day visited Chevyland to view the impressive collection of Corvettes and other sporty Chevrolets.

The second episode goes further into describing the two sets of brutal double-murders that shocked the otherwise quiet Omaha neighborhoods where they occurred.

In addition to long-lasting love, the marriage took place partly for legal reasons. If the groom were to go on a ventilator, there would be fewer complications if his partner was his wife.

The research to be conducted in Nebraska seeks to answer a key question: Can people who have gotten the shots still get a coronavirus infection and spread it to others?

'A bit of a dream world': Treehouse near Bellwood has elevator, spiral staircase

The structure is huge -- 850 square feet -- and decorated with various scrap art projects, including robot sculptures, an elevator built to look like an old rocket and a soaring spiral staircase tower.

Sheri Balak of the Schuyler Community Schools Foundation speaks during a ribbon-cutting ceremony for a new auditorium.

The seats on the floor of Schuyler's new auditorium can be removed, allowing for more flexible seating arrangements during events.