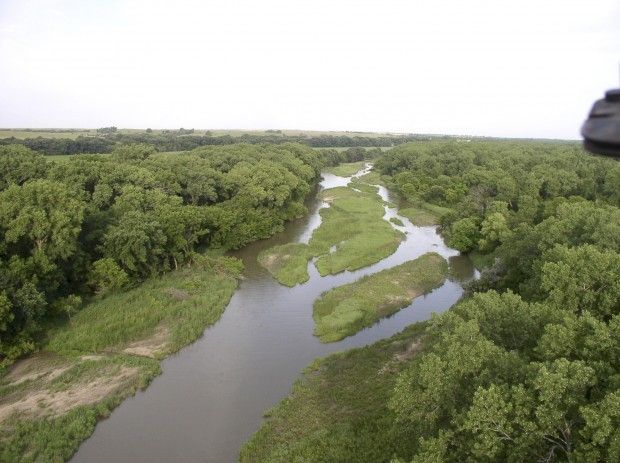 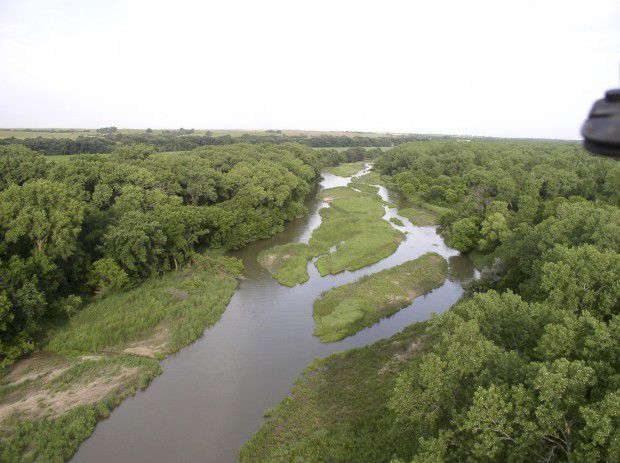 By GRANT SCHULTE / The Associated Press

Disputes over the Republican River continue to cost Nebraska millions in legal expenses despite new glimmers of cooperation with fellow river states Kansas and Colorado.

The Nebraska attorney general's office is seeking another $1.2 million to defend the state against a class-action lawsuit filed by farmers and to hire consultants for its ongoing settlement negotiations with Kansas, according to a budget request to lawmakers.

Nebraska and Kansas fought for decades over water entitlements provided under the Republican River Compact, an agreement between the two states and Colorado. The compact has triggered lawsuits among the states as well as from local farmers who say they were cheated out of water they should have received.

The 1943 compact entitles Nebraska to 49 percent of the river's water, while Kansas receives 40 percent and Colorado gets 11 percent. The Republican River originates in Colorado, crosses the northwestern tip of Kansas into Nebraska, then runs through Nebraska before re-entering Kansas in its northeastern corner.

Without the money, the attorney general's office said it won't have the resources to fight the newest lawsuit by southwest Nebraska farmers who are seeking $219 million in damages for lost irrigation water that flowed into Kansas. Republican River litigation has cost the state nearly $4 million over the last seven years.

Costs have also increased because of Nebraska's ongoing negotiations with Kansas, although water regulators say the negotiations could save both states money in the future. In August, the states announced a one-year extension of an agreement that allows Nebraska to pump more than in its share of water out of the river next year as long as it places water in storage for Kansas this winter and spring, when it's not being used for agriculture.

Both states are now trying to secure a longer-term agreement so that northern Kansas farmers can get the water they need and Nebraska can meet its obligations under the compact.

The lawsuit was filed on behalf of roughly 150 farmers within the Frenchman Cambridge Irrigation District. The farmers argue that state regulators improperly deprived them of water in 2013 and 2014 by ordering it released downstream to Kansas to comply with the compact. Doing so prevented the district from storing water within its lakes, reservoirs and canals, the farmers said.

James Uerling, one of the lead plaintiffs, said diverting the water forced him to spend $330,000 on feed corn for his Indianola cattle operation because he didn't have enough water to grow his own.

"The state of Nebraska didn't do me any favors by running all my water down the river," Uerling said.

In February, the U.S. Supreme Court ordered Nebraska to pay Kansas $5.5 million for using more water than it was entitled to in previous years. Nebraska officials hailed the decision, noting that the award was far less than the $80 million Kansas originally sought.

Colorado, Kansas and Nebraska have since found ways to cooperate more, including the one-year agreement allowing Nebraska to pump more while ensuring that Kansas eventually gets the water it is due.

In its budget request, the attorney general's office said it's still in negotiations with Kansas over how water is credited in the states. The discussion required the state to hire multiple consultants and travel extensively between Nebraska, Kansas and Colorado, state attorneys said.

The settlement talks with Kansas could end up saving Nebraska money if the states reach a long-term agreement that avoids future lawsuits, said Jasper Fanning, general manager of the Upper Republican Natural Resources District, a groundwater regulator that has helped Nebraska comply with the compact.

"I think the states are on a better path, trying to resolve these issues," Fanning said.

Water levels are rebounding in Nebraska

Groundwater levels in most, but not all, of Nebraska are on the rise after years of decline during the 2012 and 2013 drought, according to an …

TOPEKA, Kan.  — Kansas and Nebraska will extend an agreement for a year to allow Nebraska to pump more than its share of the Republican River …

Massive asteroid set for closest approach to Earth since 1914