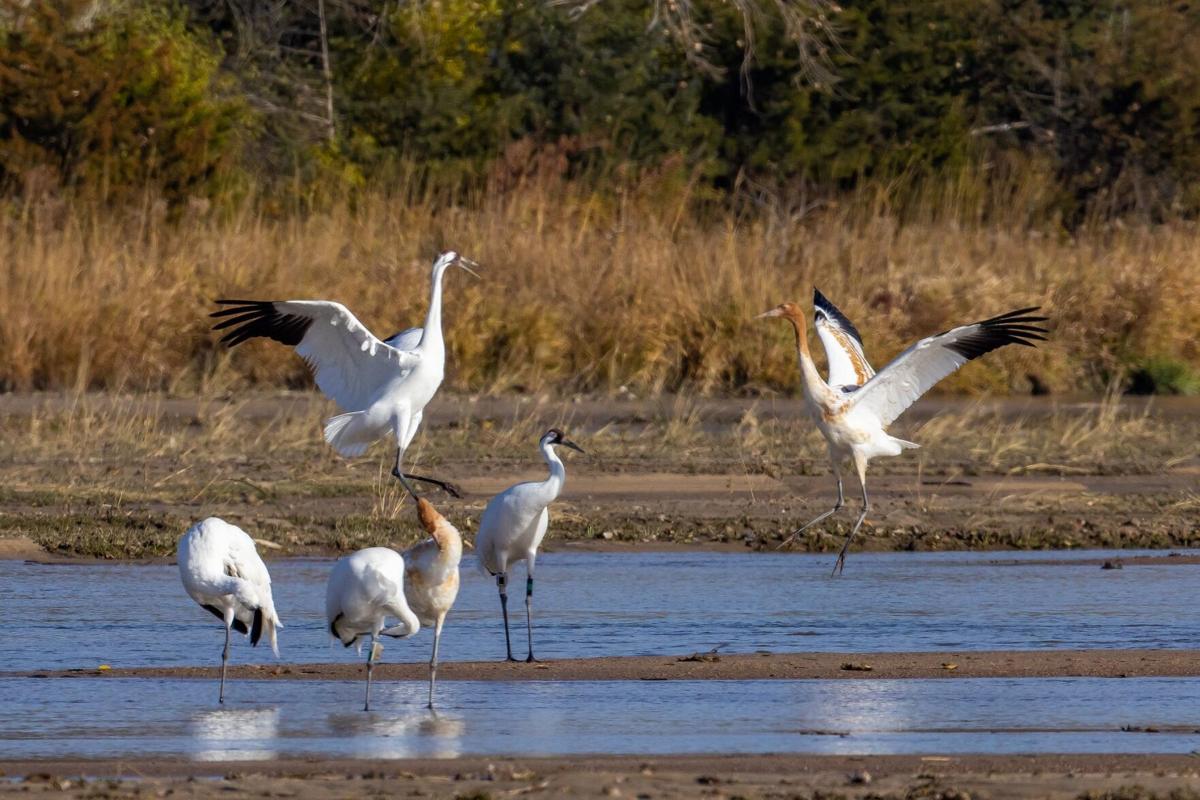 Whooping cranes are one of the most endangered bird species in the world. There are only about 600 of the birds remaining. Some 95 have been feeding in central Nebraska during their migration south. 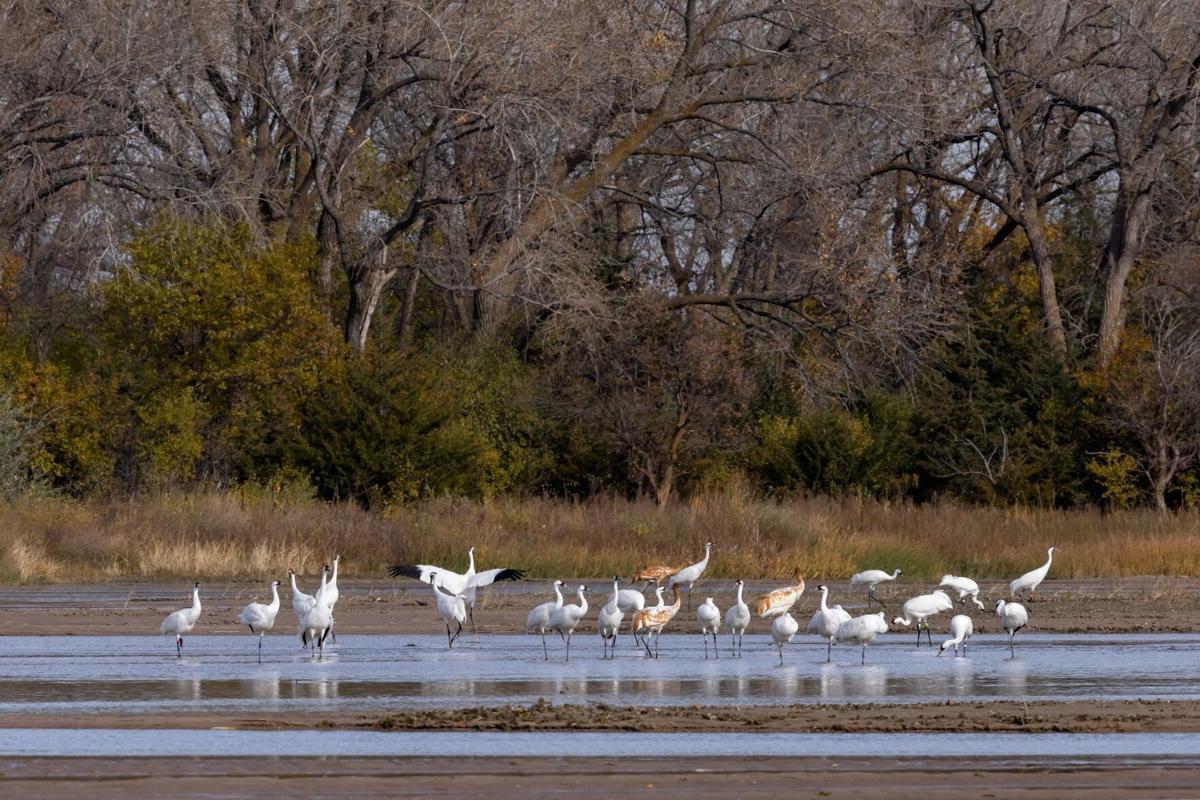 Nature photographer Rick Rasmussen spotted these birds west of Alda on the Platte River on Saturday. He came across a group of 32 on Monday.

As the sun came up Saturday morning, Dave Baasch couldn’t believe what he was seeing at the Crane Trust near Alda.

Ahead of him in a field were 46 whooping cranes, one of the most endangered bird species in the world. It was the largest group ever documented in the United States outside of the Aransas National Wildlife Refuge in Texas, where they overwinter.

“This job is the love of my life, and I’ll never see it again," said Baasch, the threatened and endangered species specialist for the Crane Trust. “That’s a huge moment I will never forget.”

Those birds were part of an even larger group of 95 whooping cranes that have stopped during their migration south, more than ever before seen at one time in the area around the Platte River in central Nebraska.

Could birder tourism catch on in Nebraska?

The Platte River Recovery Program counted the birds between Chapman and Nebraska 10 near the Audubon Rowe Sanctuary on one of the daily flights it’s been doing during migrations since 2001.

“That’s a really impressive number,” Rowe Sanctuary Director Bill Taddicken said. “That’s close to 20% of the population. There is only a little over 600 remaining.”

Usually, about 12 to 16 whooping cranes are spotted moving through central Nebraska from mid-October to early November. They’re on their way from the Wood Buffalo National Park of Canada, where they nest, to Aransas.

Taddicken said he isn’t sure why there are so many more birds this fall.

“It just depends on the weather and all kinds of different things and what the birds like,” he said.

A reluctance to fly into a strong south wind may have kept them here, but he expects them to head out quickly as colder weather moves in from the north this week.

Baasch thought they would all be gone by Tuesday.

Taddicken said that in the mid-1950s, there were only about 15 whooping cranes left in the world. Lots of work has been done by the United States Fish and Wildlife Service and others to protect them since then, he said.

The National Audubon Society and Crane Trust have contributed by protecting the Platte River and the habitat surrounding it. A stretch from Lexington to Denman has been designated as critical habitat.

“Over the years, the USFWS has led efforts in protecting and studying the whooping cranes in an effort to bring them back from the brink of extinction,” Taddicken said. “Efforts continue today with river land protected and managed by conservation groups like Audubon’s Rowe Sanctuary, Crane Trust, the Nature Conservancy, as well as the efforts of the Platte River Recovery Implementation Program.”

The more than a million sandhill cranes that come through in the spring are also winging their way south for the winter.

“We’ve had both the last few days. They don’t gather in big numbers in the fall,” he said. “They usually just stop for the night and move on.’’

0:53+6 'Everything's been migrating through': Quick warmup brings surge of cranes, other birds to Nebraska

1:54+2 Ricketts' order on 30-by-30 conservation effort is short on actual roadblocks

“Over 20 years of data has shown us that the monarch butterfly population is declining drastically,” said Kristal Stoner, executive director for Audubon Nebraska.

Ten years in the making, the Baldwin Wildlife Center and Hubbard Family Wildlife Hospital will offer a place for people in the state to take injured and orphaned animals.

The vote caps workers’ yearlong effort to secure stronger health care, job security and a voice at the table for all workers, a news release said.

Whooping cranes are one of the most endangered bird species in the world. There are only about 600 of the birds remaining. Some 95 have been feeding in central Nebraska during their migration south. 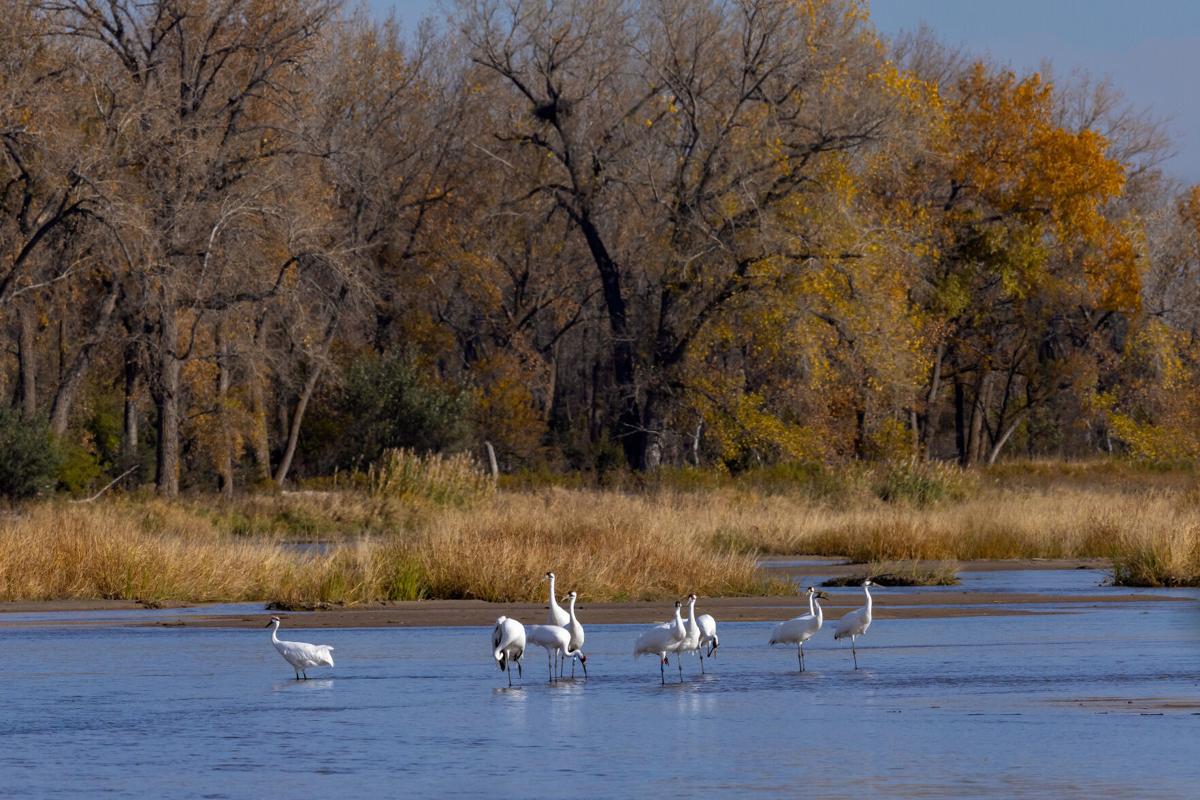 Some 95 whooping cranes have been feeding in central Nebraska during their migration south. 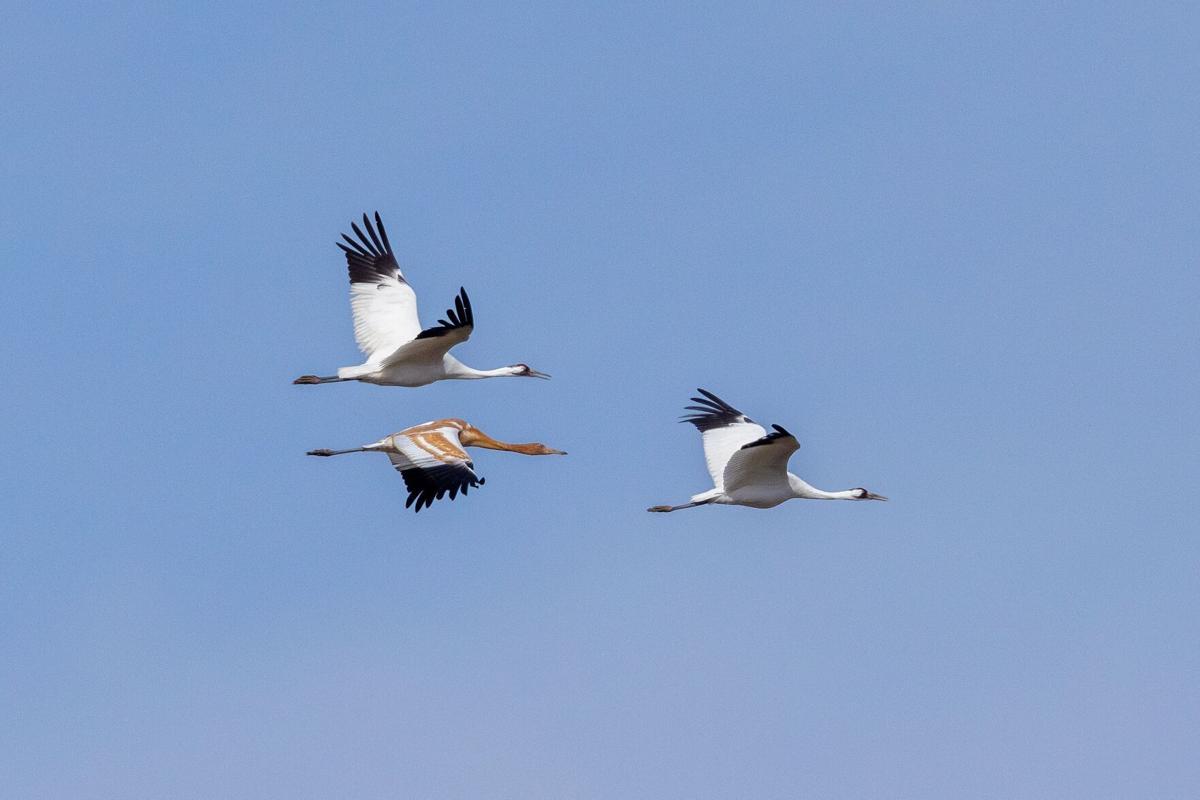 Usually, only 12 to 16 whooping cranes are seen moving through central Nebraska each fall. A record number have stopped over this year.

Nature photographer Rick Rasmussen spotted these birds west of Alda on the Platte River on Saturday. He came across a group of 32 on Monday. 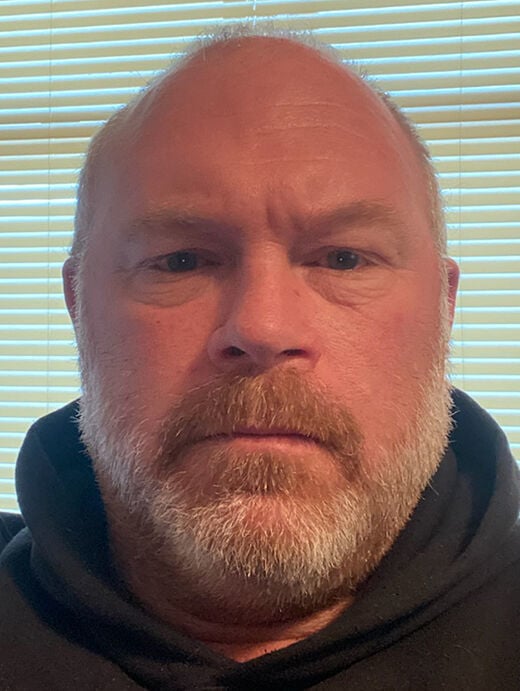