SIOUX CITY, Iowa — The 700-foot main hill at Cone Park no longer has to be blanketed by snow for visitors to fly down it on tubes.

Come mid-June, two lanes of a plastic-type surface will be installed on the hill to jumpstart new summer offerings, which are designed to make the park a year-round destination for family fun.

The city contracted with Neveplast USA for the summer tubing equipment, which is being shipped in from Italy.

"With the winter usage at Cone Park being as popular as ever, we're excited about now having a summer option and bringing the excitement more year-round than just during the winter months," Sioux City Parks and Recreation Director Matt Salvatore said. "Hopefully, it will be a great attraction for folks and they can enjoy Cone Park both in the winter and in the summer months."

Summer tubing at the park will be similar to winter tubing, adhering to high safety standards with a reliable braking system to smoothly slow users to a stop. Summer tubing will be offered in 2 1/2-hour sessions, with 85 participants per session throughout the summer.

A mountain bike trail system is slated to begin being constructed at Cone Park in 2023.

The $2 million bike trails project will incorporate jumps and berms, as well as a pump track. Walkers, hikers and runners will be able to utilize the single-use trails. The Chesterman Foundation donated $1 million toward the project.

During the winter, Cone Park offers a main hill and Blue Bunny Hill, a shorter hill designed for people of all ages, for snow tubing during the winter. Visitors can also skate at the park's 5,400-square-foot refrigerated ice skating rink and warm up around the fire pit and in the park's day lodge.

Come summer, the rink is converted into a free public splash pad and the day lodge remains rentable. The splash pad is open daily from 10 a.m. to 8 p.m. Memorial Day weekend to Labor Day weekend. The park also has a two-mile trail loop, which connects with Sertoma Park to the east.

Cone Park was awarded the "outstanding attraction" honor from the Iowa Tourism Bureau and the Travel Federation of Iowa in 2019. During the park's fifth winter season, 19,897 tickets were sold.

Several new “prairie ambassadors” are frolicking at the Crane Trust. Small and adorable baby bison will keep arriving through May at the habitat conservation area in central Nebraska.

Study: Pollution kills 9 million people around the world each year

Whoa! Scientists finally know why these dolphins are lining up to rub against coral

Whoa! Scientists finally know why these dolphins are lining up to rub against coral 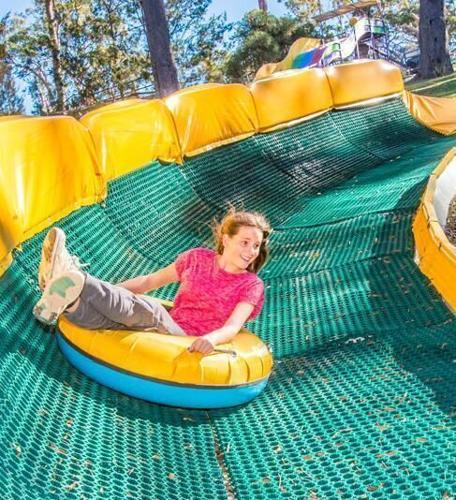 Two summer tubing lanes, similar to the one illustrated above, will be added to Sioux City's Cone Park. 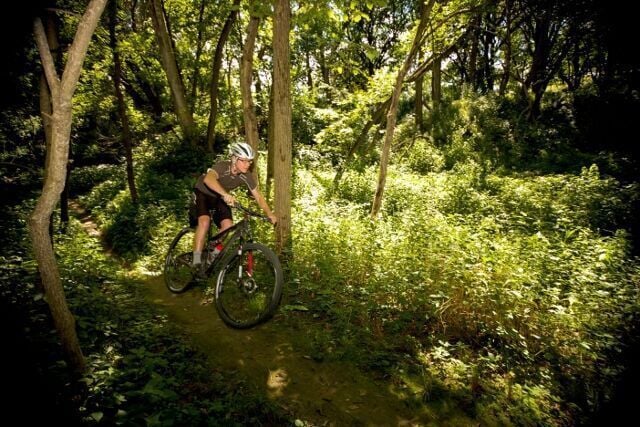 Jay Chesterman is shown mountain biking. In early 2021, the Sioux City Parks and Recreation Department began working with Jay Chesterman and members of the mountain bike community to develop a plan for trails between Cone and Sertoma parks. 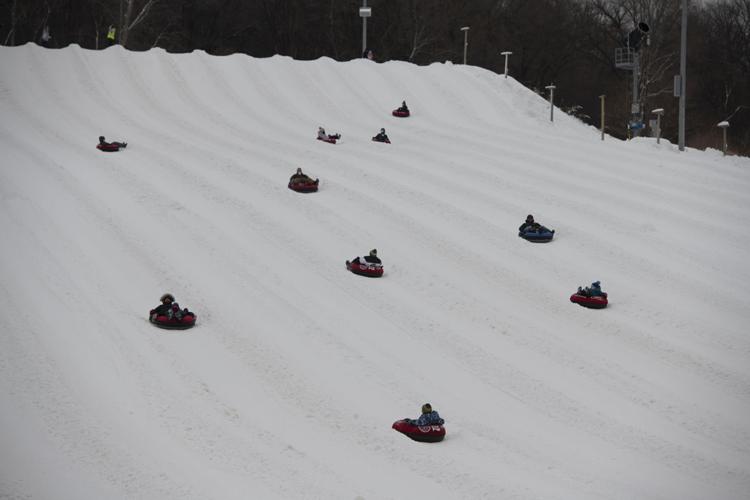 Guests ride down the hill on inner tubes at Cone Park in 2021.