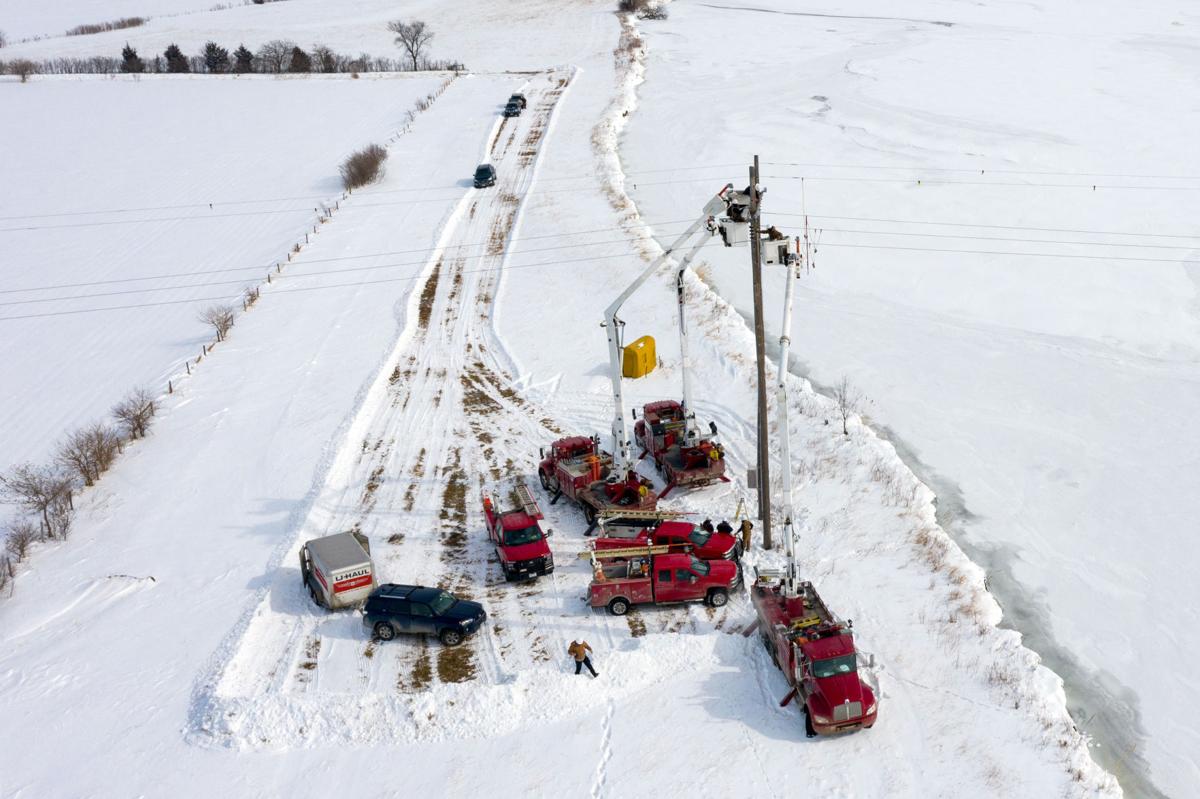 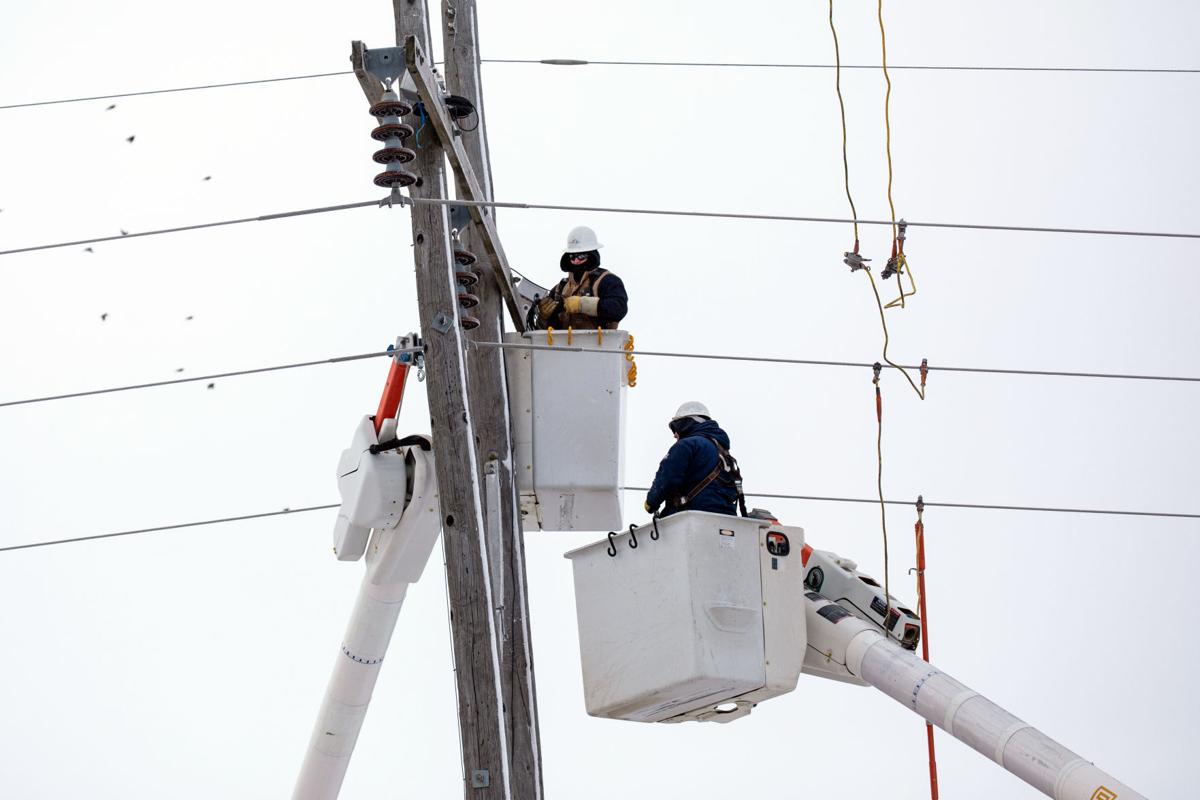 The ultraviolet lights -- designed to reduce sandhill crane collisions -- were installed on two sets of power lines near Rowe Sanctuary.

In the dark, the cranes couldn’t easily see the power lines straddling the Platte River east of Kearney.

But the researchers could.

For nearly 40 nights during the spring of 2018, they watched the wires with night-vision scopes. And they watched more than 915 flocks of sandhill cranes try to fly above, below or through them.

Nearly 50 cranes collided with the wires, some falling to the ground limply, some falling while still flapping, others managing to remain in flight.

Then the researchers flipped the switch on their experiment — illuminating the power lines for the birds with an ultraviolet spotlight not visible to humans.

They recorded just one crane collision.

And they deemed their prototype Avian Collision Avoidance System a surprising success.

“We didn’t know if it would work at all,” said James Dwyer, a Colorado wildlife biologist who developed the system. “We just thought it should.”

Dwyer and his company, EDM International, have since tweaked the prototype and, last week, crews from the Dawson Public Power District installed them on the two sets of power lines that cross the Platte near Rowe Sanctuary, in the heart of the Nebraska Flyway.

Millions of birds will bottleneck at the flyway on their migration north, and hundreds of cranes will collide with nearby power lines, said Amanda Hegg, a conservation program associate at Rowe Sanctuary.

“It’s been a problem for quite some time," she said. "A lot of cranes fly by the power lines.”

They’ve taken other measures — wrapping plastic spirals around the lines to make them appear bigger; dangling reflective shields to try to catch the attention of the cranes.

But neither proved effective, Dwyer said. And cranes kept colliding.

The 2018 study of the ultraviolet lights, which illuminate the length of each wire, was convincing enough to make Rowe Sanctuary and Dawson Public Power the first paying customers of Dwyer’s system.

When the lights were off, they saw 48 cranes and one swan collide with the lines. When they were on, they recorded just the one crane collision, or a 98% reduction.

They also recorded an 82% drop in dangerous flights, Hegg said, where the flock came close to the lines, often having to veer off at the last moment.

They plan to conduct a second study this season. Starting this week, researchers from Rowe Sanctuary and the Crane Trust — along with volunteers — will climb into blinds an hour before sunset and stay for five hours, watching the power lines.

They’ll do that almost every night until the third week of April, with the ultraviolet lights off half the time, Hegg said.

They’ll also be recording reaction times to try to determine when the flocks spotted the lines and changed their in-flight behavior.

Dwyer plans to make the trip from Colorado, to check on his creation during the study.

“It will be exciting to see if we have the same level of success,” he said.

After his 2018 study, the ultraviolet lights were removed from Rowe Sanctuary. But the two solar-powered sets installed last week — at a cost of about $15,000 apiece, shared by the sanctuary, Dawson Public Power and the state Game and Parks Commission — will remain after the researchers leave their blinds.

And the lights will stay on, Hegg said, at least during crane season.

A sandhill crane flies above a field south of Gibbon

Cranes fly in waves on a cloudy evening

Sandhill cranes fly over a field

Sandhill cranes forage for food in a field

A pair of sandhill cranes glide in a clear blue sky

Cranes in the water

Pair of sandhill cranes at sunset near Gibbon, Nebraska

Sandhill cranes on and above a field near Gibbon

The company will be expanding its facility by an additional 70 megawatts of infrastructure, or about three times the original 20-megawatt power demand.

Nebraskans who bought Marimo — or "moss" — balls sold as "Betta Buddy" need to check their aquarium tanks for highly destructive mussels that can decrease a native species' food supply, according to Nebraska Game and Parks.

'Everything's been migrating through': Quick warmup brings surge of cranes, other birds to Nebraska

Usually, different species arrive in waves: geese, then ducks, then cranes. This year, they're all coming at once. "So it's a good time to bird-watch."

The sale from one Nebraska breeder to another likely set a record. 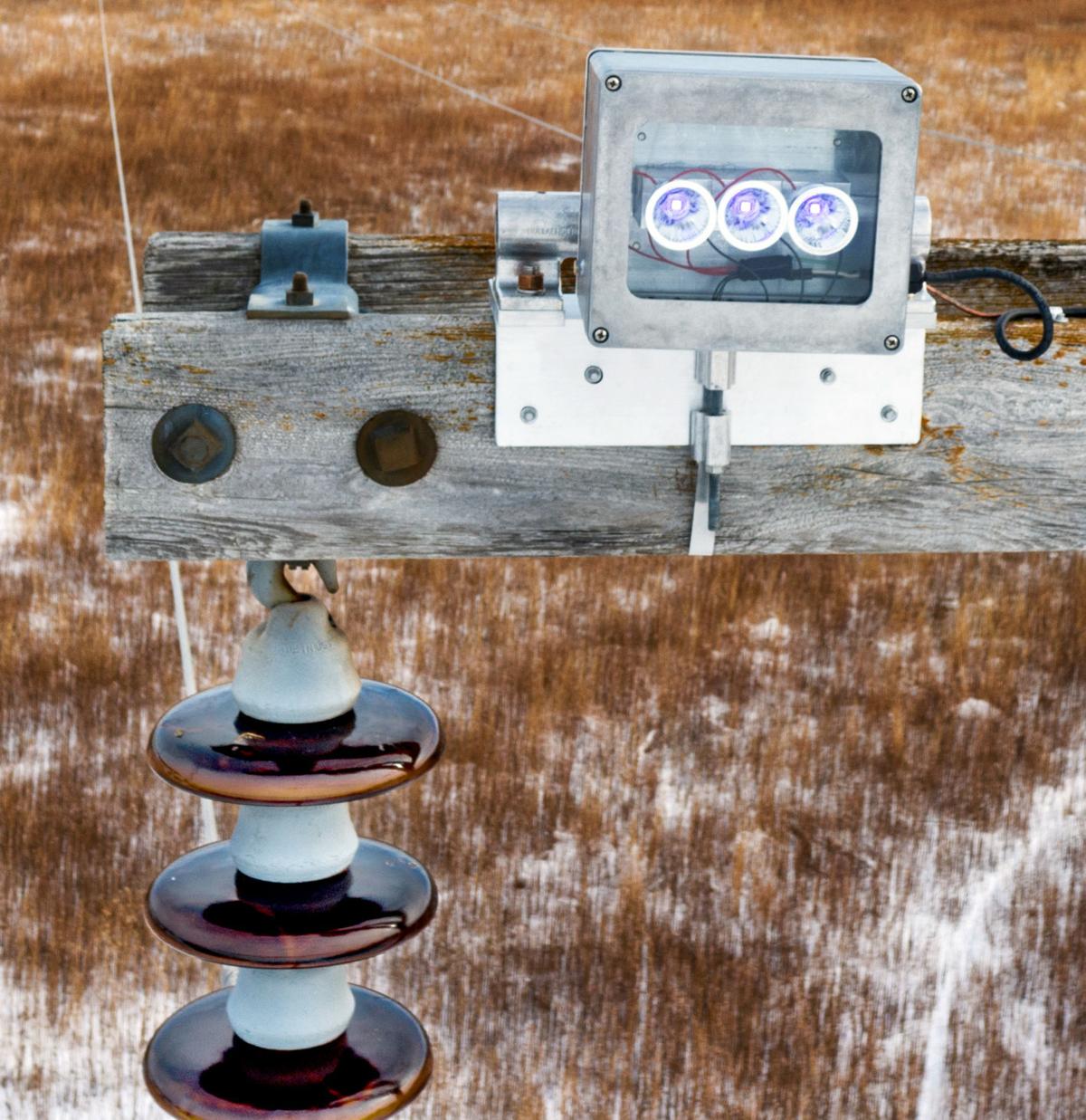 Cranes can see the ultraviolet light, but humans can't.

This set of still images from a research video shows a flock of sandhill cranes flying into a power line near Rowe Sanctuary in 2018. The circled cranes collided with the lines.

The ultraviolet lights -- designed to reduce sandhill crane collisions -- were installed on two sets of power lines near Rowe Sanctuary. 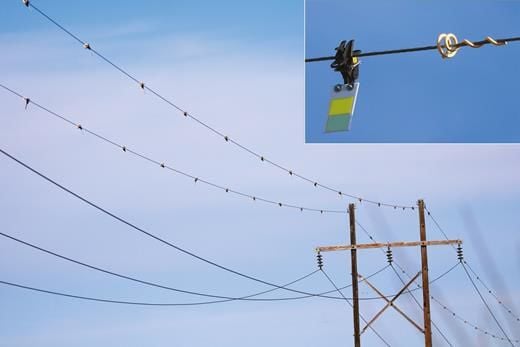 Examples of line markers already in use to try to make the power lines more obvious to birds.