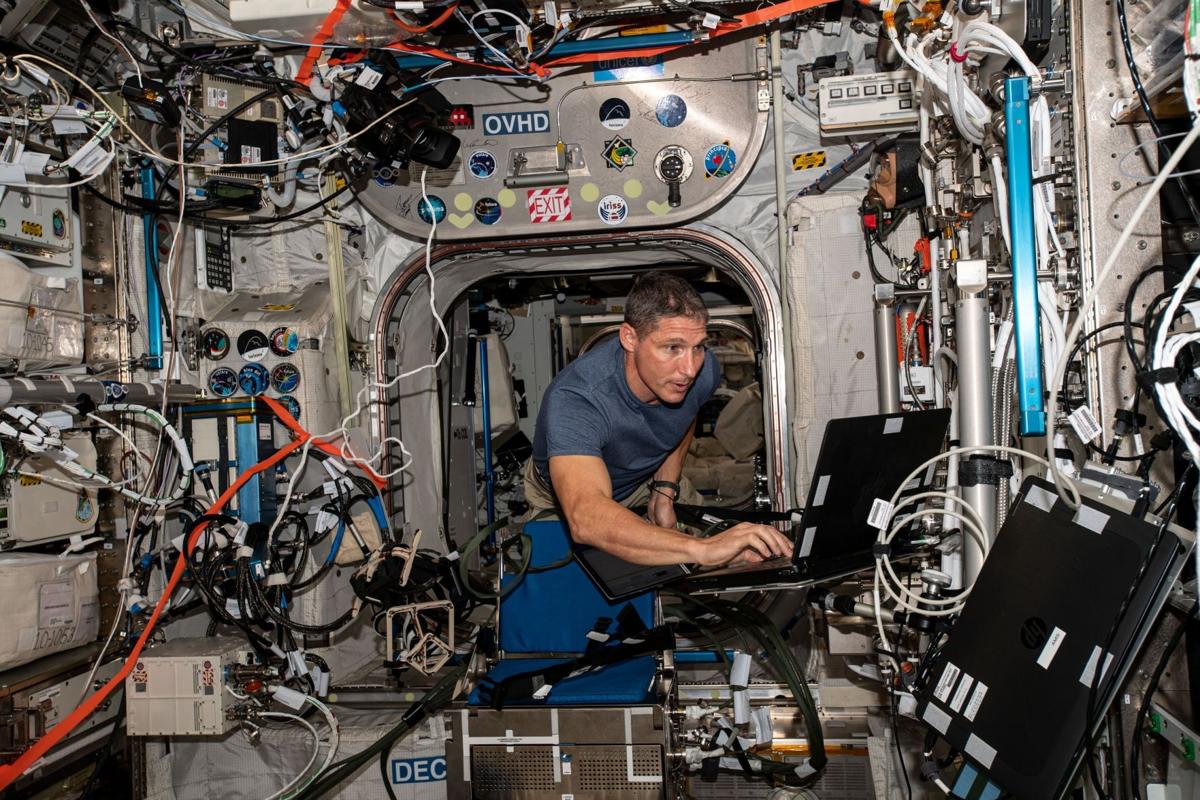 Col. Mike Hopkins, the first astronaut who is a member of the year-old Space Force, conducts an experiment recently aboard the International Space Station. 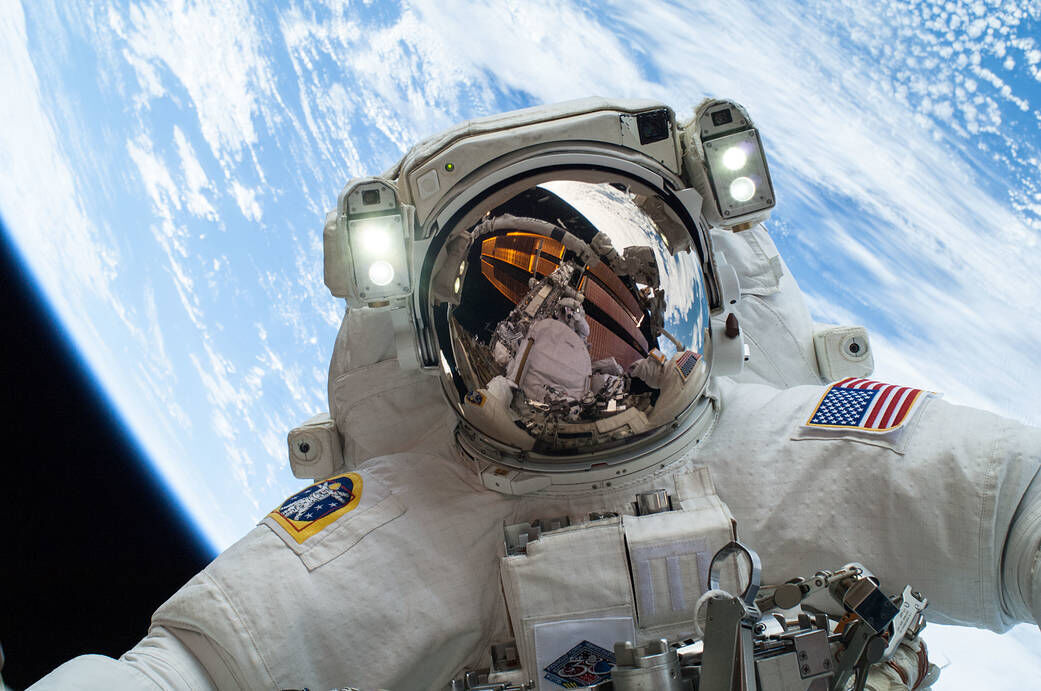 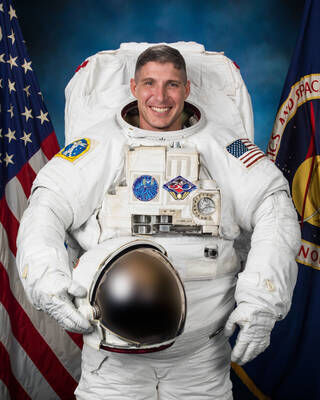 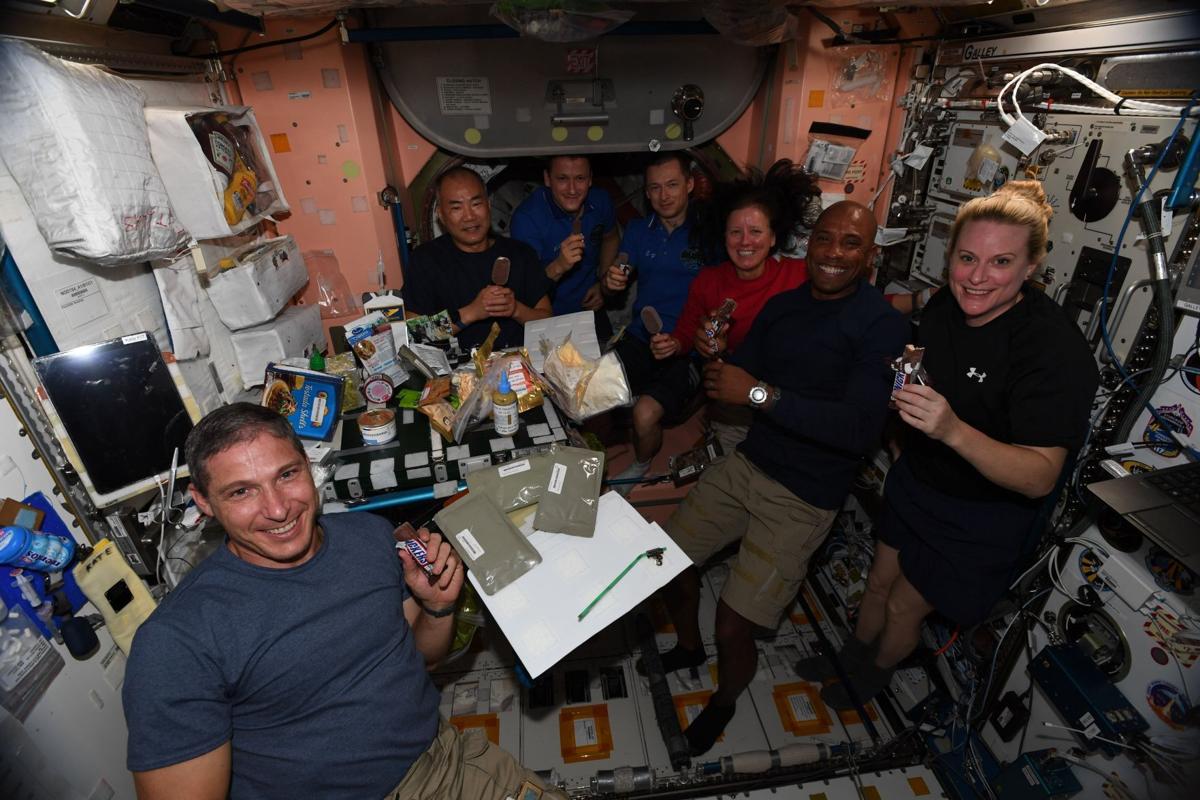 Col. Mike Hopkins, in the foreground, eats Thanksgiving dinner with fellow astronauts aboard the International Space Station. Hopkins was recently sworn into the U.S. Space Force on the space station.

Oh, and he did it while floating weightless, in orbit aboard the International Space Station, in front of a Space Force flag.

“It has been an incredible experience,” Hopkins, who turned 52 on Monday, said during the swearing-in ceremony. “I can’t say thank you enough for giving me a chance to join the nation’s newest branch of the military, and also to join a unique elite team.”

A video recording of the Dec. 18 event was posted on Facebook and YouTube. At least a couple of Nebraskans watched with special interest: Hopkins’ step-aunt and step-uncle Maureen Losee of Bellevue and Kevin Duffy of Omaha.

Losee said Hopkins shared a special bond with his late stepfather, Philip “Dennis” Duffy, because of their commitment to the military. Dennis Duffy was a combat-wounded Vietnam War veteran who served in both the Army and the Navy during the 1960s and 1970s.

Duffy died in 2018 from lung disease, at age 72. Before his casket was lowered into the ground at Omaha National Cemetery, Hopkins placed one of his commemorative NASA astronaut coins on the casket.

“Mike was so good to my brother,” Losee said.

50 years ago, astronauts ate bread irradiated at UNL on their way to the moon

Hopkins set his sights on a career in space while still in high school. He enrolled in ROTC and earned a degree in aerospace engineering at the University of Illinois, also walking on as a defensive back for the Illini football team. He captained the team his senior year.

Commissioned as an Air Force officer in January 1992, Hopkins became a flight test engineer, but always with the goal of joining the astronaut corps.

He finally made it in 2009, one of nine members of NASA’s 20th astronaut class.

“That was the fourth time he tried,” Barbara Duffy said in an interview from her home in Camdenton, Missouri. “Everything he did in the military, he did with an eye on being an astronaut.”

Hopkins bonded with his stepfather over their shared military heritage as well as their love of outdoor activities like camping and hiking. Dennis and Barbara visited Mike, his wife Julie, and their two sons at his astronaut training site in Texas. They posed for a photo with Mike in his spacesuit.

“They always had that strong mutual respect,” Barbara said.

Dennis’ health was slipping when Hopkins took his first spaceflight in 2013. He couldn’t accompany Barbara to Kazakhstan to watch the launch of the Soyuz rocket that would carry the three-man crew to the International Space Station, orbiting 248 miles above the Earth.

Barbara won’t forget the immense power of the Soyuz lifting into space.

“I was only a mile away from the launchpad,” she said. “It was terrifying. I really thought I was going to pass out.”

He brought some special souvenirs with him: Dennis’ hard-won combat infantry badge from Vietnam and the flag of his Army unit. He photographed them in the space station’s window, with Earth in the background.

During that flight, Hopkins made history’s second Christmas Eve spacewalk with fellow astronaut Rick Mastracchio. They braved a blizzard of frozen ammonia crystals for 7½ hours to repair the space station’s crippled cooling system.

Hopkins’ last visit to Omaha was for Dennis’ funeral July 16, 2018. During his visit, he toured Offutt Air Force Base and took photographs at the home of Dennis and Maureen’s mother, Ruth, who had died only a month earlier at age 99.

And at the burial, he laid the NASA medallion on Dennis’ grave.

A month later, NASA announced Hopkins would return to the space station this year, part of the historic first crew to be carried aloft by the SpaceX Crew Dragon spacecraft Nov. 15. He will be the International Space Station’s flight engineer until next spring.

And he made history again this month, leaving the Air Force after almost 28 years for the new Space Force.

Hopkins joins about 2,400 people who have already been sworn into the new branch, said Maj. Nick Mercurio, a Space Force spokesman. Eventually it is expected to number about 16,000.

Still wearing a smile, Hopkins wrapped up the ceremony from orbit with the Space Force motto: Semper Supra.

A Nebraska team led by Gov. Pete Ricketts and U.S. Sen. Deb Fischer made a pitch in December to land the new headquarters. The pitch offered $107 million in public and private financial incentives.

Col. Mike Hopkins, the first astronaut who is a member of the year-old Space Force, conducts an experiment recently aboard the International Space Station.

Col. Mike Hopkins, in the foreground, eats Thanksgiving dinner with fellow astronauts aboard the International Space Station. Hopkins was recently sworn into the U.S. Space Force on the space station. 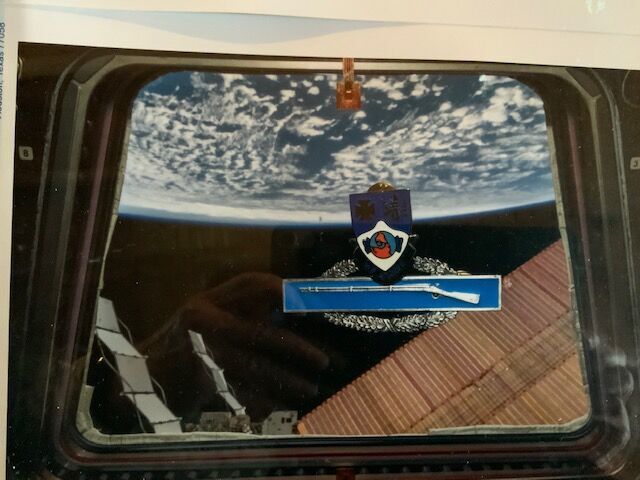 During his first mission aboard the International Space Station in 2013, Col. Mike Hopkins brought along his stepfather Dennis Duffy’s Combat Infantry Badge, which he earned more than 50 years ago in Vietnam, to photograph in the space station’s window. 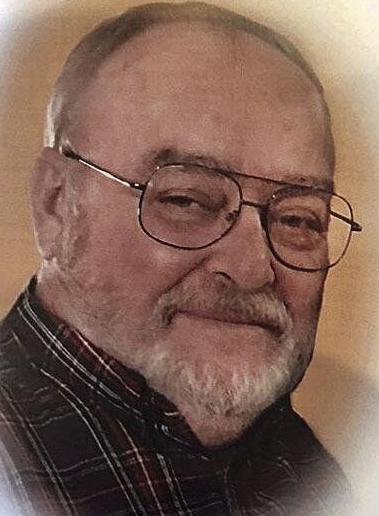