C. Taylor Walet III, area president for iHeartRadio in Nebraska, said Wednesday that Baker had been fired from KFAB that afternoon.

Baker's tweet was "completely inappropriate and unacceptable," Walet said in a statement. "Please know that this does not represent our viewpoint or our values, and we take this situation very seriously. Accordingly, Chris Baker’s employment with our company has been terminated."

The tweet, posted soon after the former Minneapolis police officer was found guilty in the murder of George Floyd, who was Black, featured a GIF (file image) of four Black men wearing loincloths and body paint and dancing, possibly with spears in front of them. Above the picture was the proclamation: Guilty!

Reached by phone Wednesday, Baker said the image that accompanied his tweet was a "boomer Twitter moment."

Baker said he inadvertently selected the wrong image while doing multiple things at once: hosting his show, lining up guests and monitoring the unfolding news after the verdict. He said he tried to get the tweet taken down right away, but struggled to do so.

Asked if he thought the tweet, as it appeared, was racist, he responded:

"I don't know if that's a fair question. It's horrible, is what it was," he said.

"There's a difference between being intentional and being a fat-fingered boomer on Twitter. I don't look at Black people that way."

Asked to describe the image he was seeking, he said, "people celebrating."

Baker, who is known for lampooning others, said he didn't expect people to believe his explanation.

+7 As Minnesota jury finds Derek Chauvin guilty on all counts, Lincoln reacts to the decision

Baker's tweet, which was deleted Tuesday evening but had been captured in screenshots, was roundly criticized as racist, with some people calling for the conservative talk show host to be fired and his advertisers to be boycotted.

At least two advertisers announced on Twitter that they had pulled their support from the show.

KFAB's 2 p.m. to 6 p.m. time slot, which is normally filled by Baker, instead featured KFAB regulars "Producer Josh" Odson and "Bird" (Meghan Bird) on Wednesday. Their guest was Tony Conner, president of the Omaha Police Officers Association. The trio had not discussed Baker's tweet an hour into the program.

However, the wide-ranging interview did touch on violent interactions between the public and police.

Ian Lee, an Omahan who works on political campaigns in Washington, D.C., said he took a screenshot of the tweet when he saw it at about 4:50 p.m. Tuesday. Lee follows Baker and other Nebraska figures on social media.

"It jumped out of the feed, to be quite frank," he said. "It was just so brazen, so over the line."

Lee said he made a screenshot of the image because he suspected that Baker would realize his mistake and take it down.

"He should not be able to get away with this."

Republican State Sen. John McCollister, who has been critical of some members of his own party, including former President Donald Trump, tweeted a screenshot of Baker's post and wrote: "Racism like this is a FEATURE of conservative talk radio but they usually mask it with dog whistles. But not this time."

Photos: Reactions across US to guilty verdict in Derek Chauvin trial

An amended version of the bill, the result of two days of hearings last summer in which more than 200 people testified, advanced to second-round consideration on a 39-0 vote.

Officer Melissa Ripley is the second woman in four months to file a lawsuit alleging sexual harassment and discrimination at the Lincoln Police Department.

Protesters prompted change, created controversy as they marched in Omaha

"I felt like I could make a difference." Omaha protesters and activists reflect on the past year and how the events changed them and the city.

Ishma Valenti is a man of many interests and talents: entrepreneur, filmmaker, music producer, rapper, community servant, mover and shaker. To his family, and most importantly to himself, he is a father and husband. 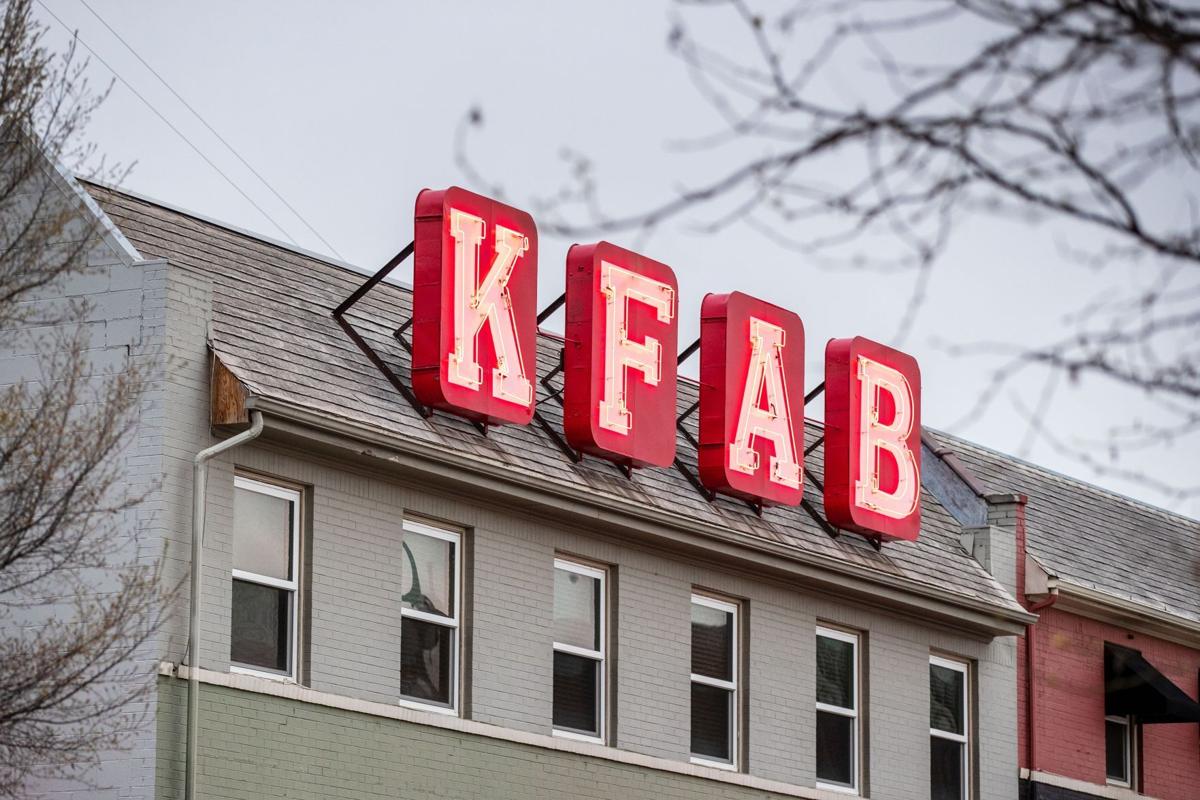 KFAB radio station located at 5010 Underwood Ave, has been broadcasting since the 1920s, photographed on Wednesday.