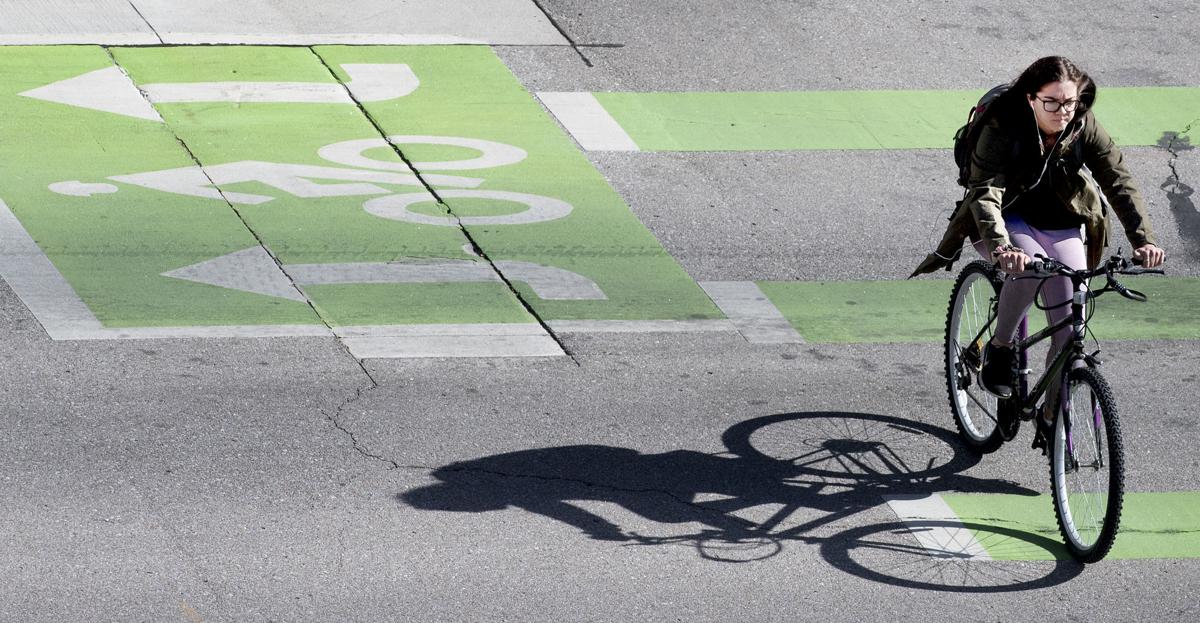 A bicyclist uses the bike lane at the intersection of 12th and N streets on Oct. 25, 2017. Nebraska has been ranked as the least-friendly bicycle state by the League of American Bicyclists after having been 48th in 2015. 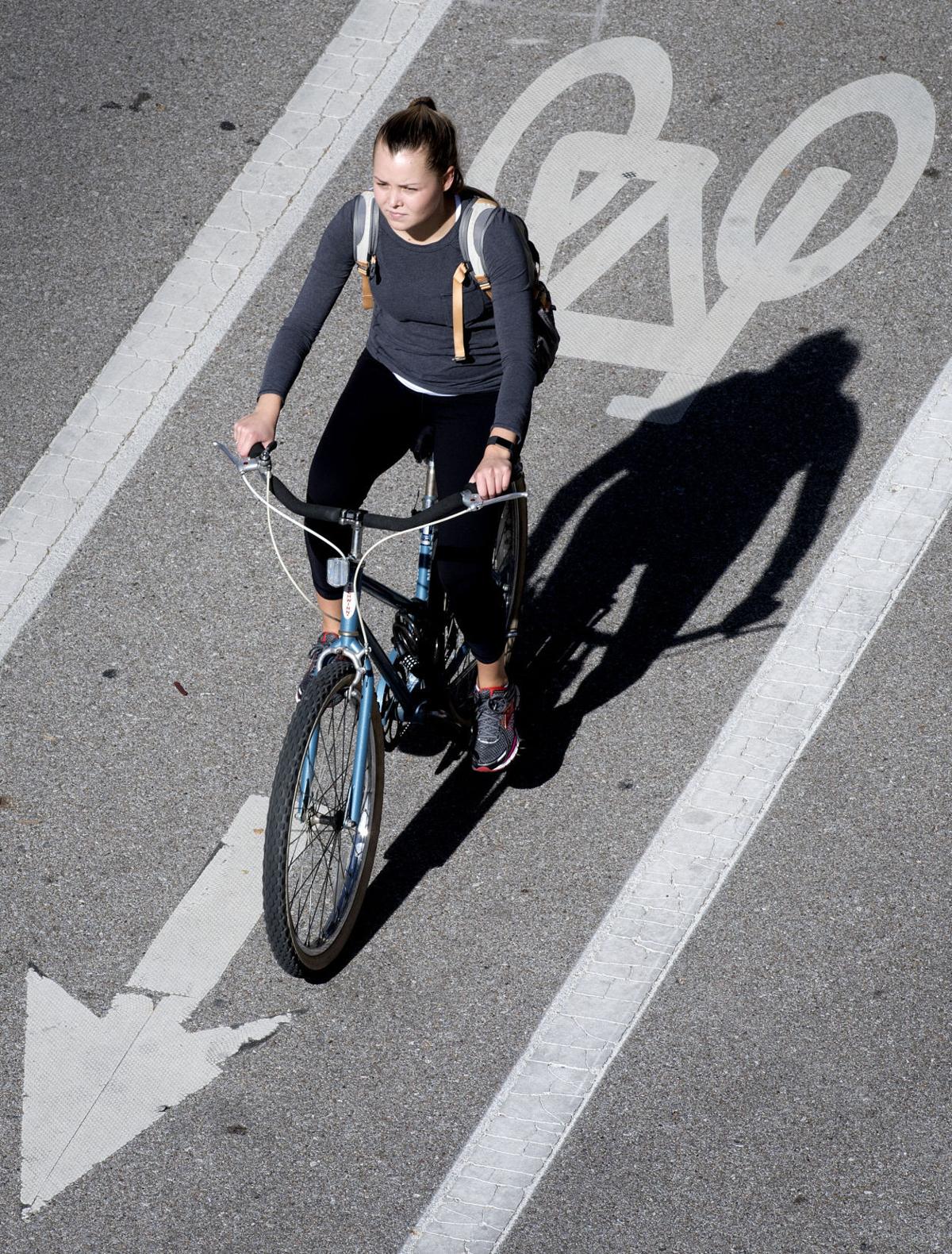 A bicyclist uses the bike lane on 11th Street near N Street on Wednesday. Nebraska has been ranked as the least-friendly bicycle state by the League of American Bicyclists after having been 48th in 2015.

The highly regarded League of American Bicyclists has rated Nebraska at the bottom of friendly states for riders.

While some riders may not think of the state as all that unfriendly, Harris says it's a credible assessment.

No, they don't take into account natural beauty and the great people here that do everything they can to ride and encourage others, she said.

They do look at criteria that are important, that affect what makes it safe and enjoyable to ride, Harris said.

Nebraska was in the basement with some other Plains states. North Dakota ranked 48th, Kansas 47th, Oklahoma 46th and Wyoming 42nd. In the middle tier were Wisconsin, Iowa, Missouri and South Dakota. Minnesota got a No. 2 ranking for bicycle friendliest states and Colorado No. 6.

The states were rated on infrastructure and funding, education and encouragement, legislation and enforcement, policies and programs, and evaluation and planning.

Bicycle friendly actions include a complete streets policy, a safe passing law, a statewide bike plan, spending of 2 percent or more of federal transportation money on biking and walking, and a bicycle safety emphasis.

A complete streets policy requires streets to be planned, designed, operated and maintained to enable safe, convenient and comfortable travel and access for all users and abilities regardless of their mode of transportation.

Harris is disappointed in the state's ranking, but not surprised. And she is satisfied progress has been made in the past 12 months.

Advocates are working with the Nebraska Department of Transportation on getting a more bicycle friendly rumble strip policy for roads. And they are collaborating on South Beltway access, and on a side bike path to the Platte River bridge between Bellevue and Plattsmouth.

In Lincoln, where 903 cyclists logged miles this summer to help the city win a national ridership contest, advances include a celebrated trails network and a dedicated bike lane cutting through downtown.

But as a state, Nebraska finished last or near-last in categories of infrastructure and funding, policies and programs, and evaluation and planning. Creating a statewide bike plan or a statewide complete streets law would be a good first step to improvement.

A bicycle plan would provide guidance and vision to improve conditions and opportunities for bicycling.

Advocates have made some progress in legislation. The 3-foot passing law, in which motorists must maintain a safe distance of no less than 3 feet when passing a bicycle, and protections for people on bikes in crosswalks were big wins, Harris said.

Those legislative changes are hard-fought, she said. But they are pleased with what they've accomplished.

On safety, Nebraska finished in the top 10.

Crashes and fatalities in Nebraska fluctuate year to year. Since 2001, bicyclist fatalities have ranged from a high of five that year to zero. In 2015, four bicyclists were killed. Last year, one was killed. And as of Sept. 30 this year, two have died, according to the Nebraska Highway Safety Office.

This year, there were 212 crashes involving bikes in nine months.

The state ranked eighth with 3.3 fatalities per 10,000 bike commuters.

"If we're going to rank good, that's the one we want to rank in. At the same time, any amount of fatalities on our roads is too much," Harris said. "We should not stop on our progress and goal-setting until we get to zero."

Bicycling enthusiasts called on motorists to respect their right to the road Monday following the death of Randall "Randy" Gibson, a Lincoln c…

Lincoln police have recovered more than 1,100 presumably stolen bikes since the start of 2016.

If “Nebraska Nice” didn’t move the needle for you, you weren’t alone.

A bicyclist uses the bike lane at the intersection of 12th and N streets on Oct. 25, 2017. Nebraska has been ranked as the least-friendly bicycle state by the League of American Bicyclists after having been 48th in 2015.

A bicyclist uses the bike lane on 11th Street near N Street on Wednesday. Nebraska has been ranked as the least-friendly bicycle state by the League of American Bicyclists after having been 48th in 2015.