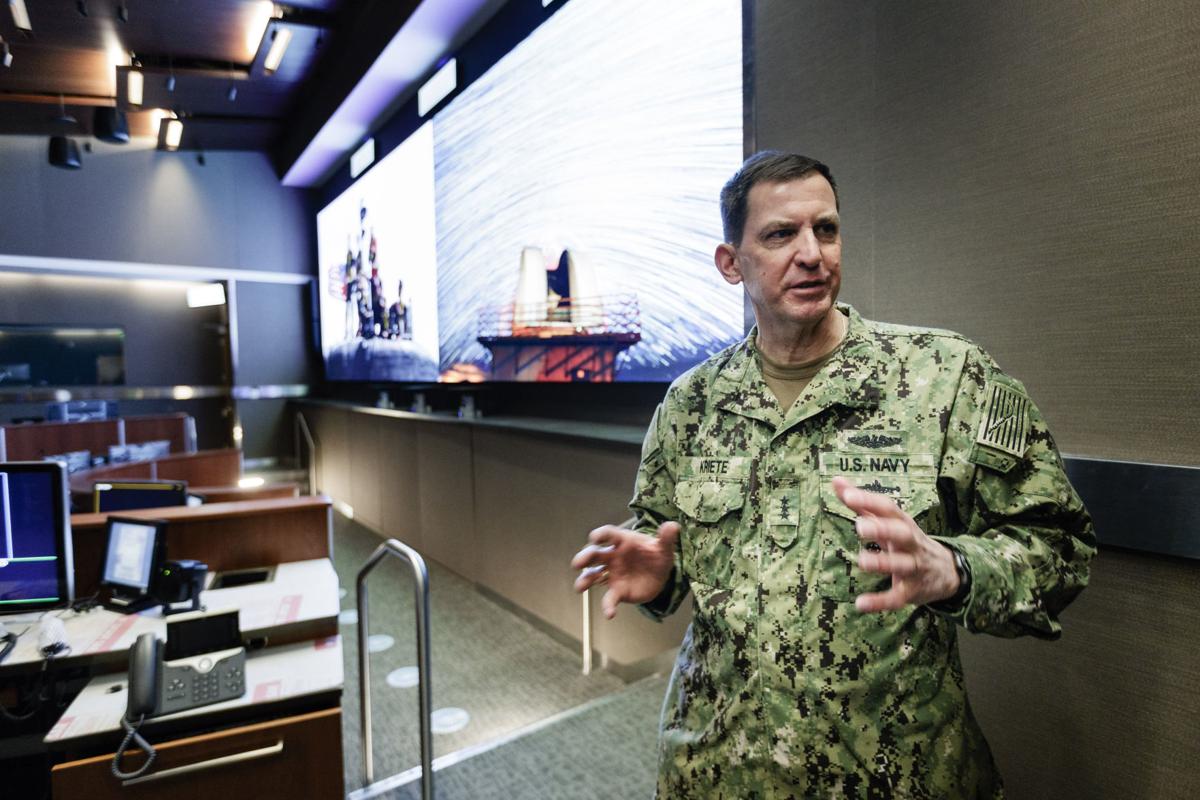 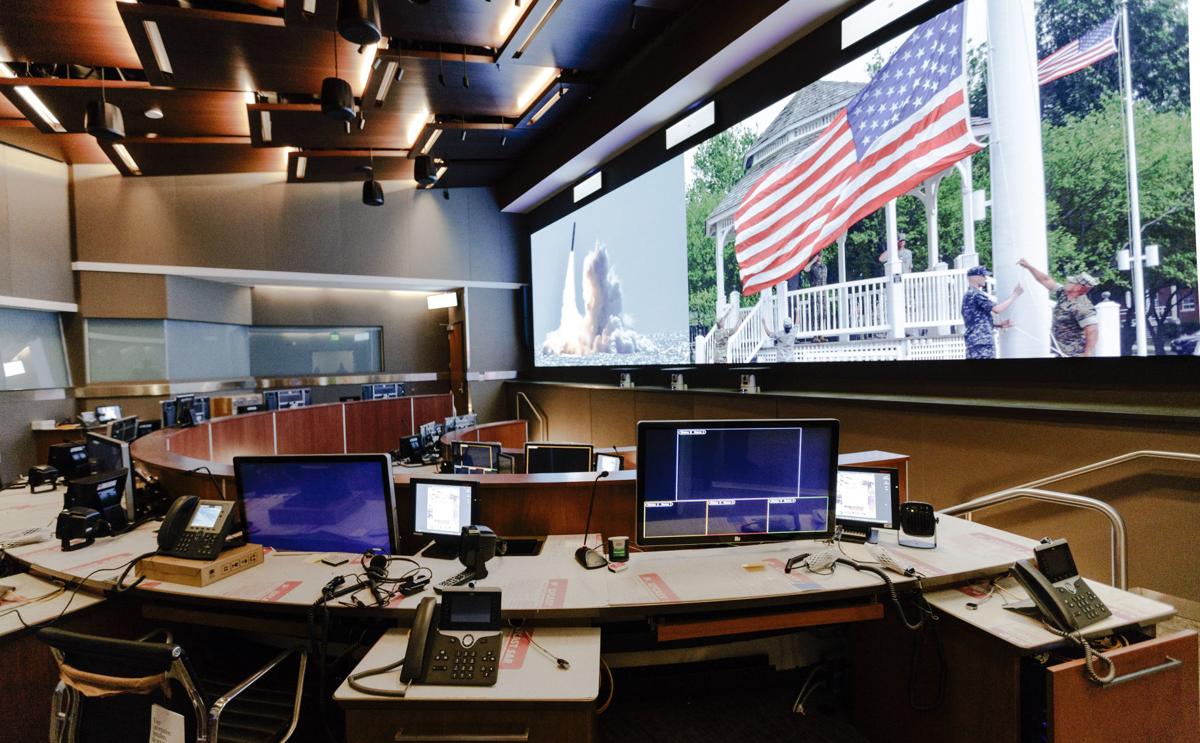 This is the CSR Battle Deck at U.S. Strategic Command's Command and Control Facility at Offutt Air Force Base in Bellevue that opened in 2019.

OFFUTT AIR FORCE BASE — A new $1.3 billion military facility that will serve as the United States' military command headquarters during national emergencies will soon open at Offutt Air Force Base near Omaha.

The first of more than 3,500 employees will begin moving into U.S. Strategic Command's new Command and Control Facility in the spring.

The 916,000-square-foot facility will replace StratCom's current headquarters in the Gen. Curtis E. LeMay Building, which was constructed in 1957.

"The construction of the (Command and Control Facility) is historic," said Vice Adm. David Kriete, StratCom's deputy commander. "It marks the transition from the old to the new."

The facility is "a national asset" designed to serve as the nation's military command headquarters, even during a national emergency such as a nuclear war, Kriete said.

"We firmly believe a nuclear war should never be fought," Kriete said. "But we want the good guys to know, and the bad guys to know; we're really good at it."

The project is in its second phase, which focuses on installing technology in the facility, Kriete said. The headquarters will have oversight of the nation's space forces, missile defense, electronic warfare and nuclear arsenal.

Work on the project began in October 2012. The project has seen many setbacks, including flooding problems, persistent mold, a fire and a tornado.

"There's been some minor glitches," Kriete said. "Nothing that has substantially set us back."

StratCom plans to move all staff into the new headquarters by the end of the year.

"I'm very optimistic," Kriete said. "We're not going to move the command over until (the building) is mission-ready."

Offutt planes set to fly out of Lincoln Airport in December

If all goes as planned, military aircraft from Offutt Air Force Base will start flying out of Lincoln in December.

Long after they died, military sees surge in identifications — thanks in large part to Offutt lab

Officials at the Lincoln Airport took another step Friday toward facilitating the temporary move of U.S. Air Force planes based at Offutt Air …

OFFUTT AIR FORCE BASE — Flooding has forced the Air Force to cancel the 2019 Defenders of Freedom Open House and Air Show at Offutt Air Force Base.

Military wants more rules for turbines near nuclear missiles in Nebraska, other states

This is the CSR Battle Deck at U.S. Strategic Command's Command and Control Facility at Offutt Air Force Base in Bellevue that opened in 2019.