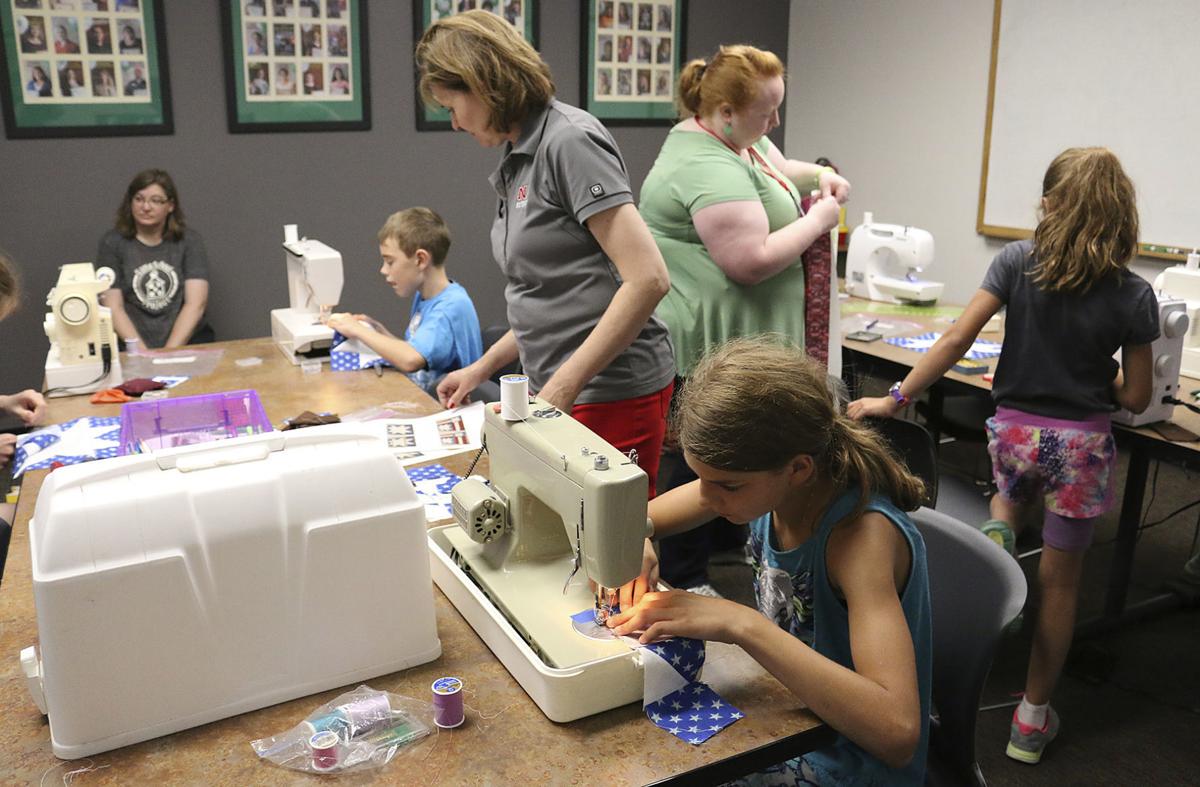 4-H volunteer Mary Borroughs led a quilt block workshop attended by seven youths ages 9-13 in June that made the Quilt of Valor that will be presented Monday to U.S. Navy veteran Rachel Wells at the Nebraska State Fair in Grand Island. 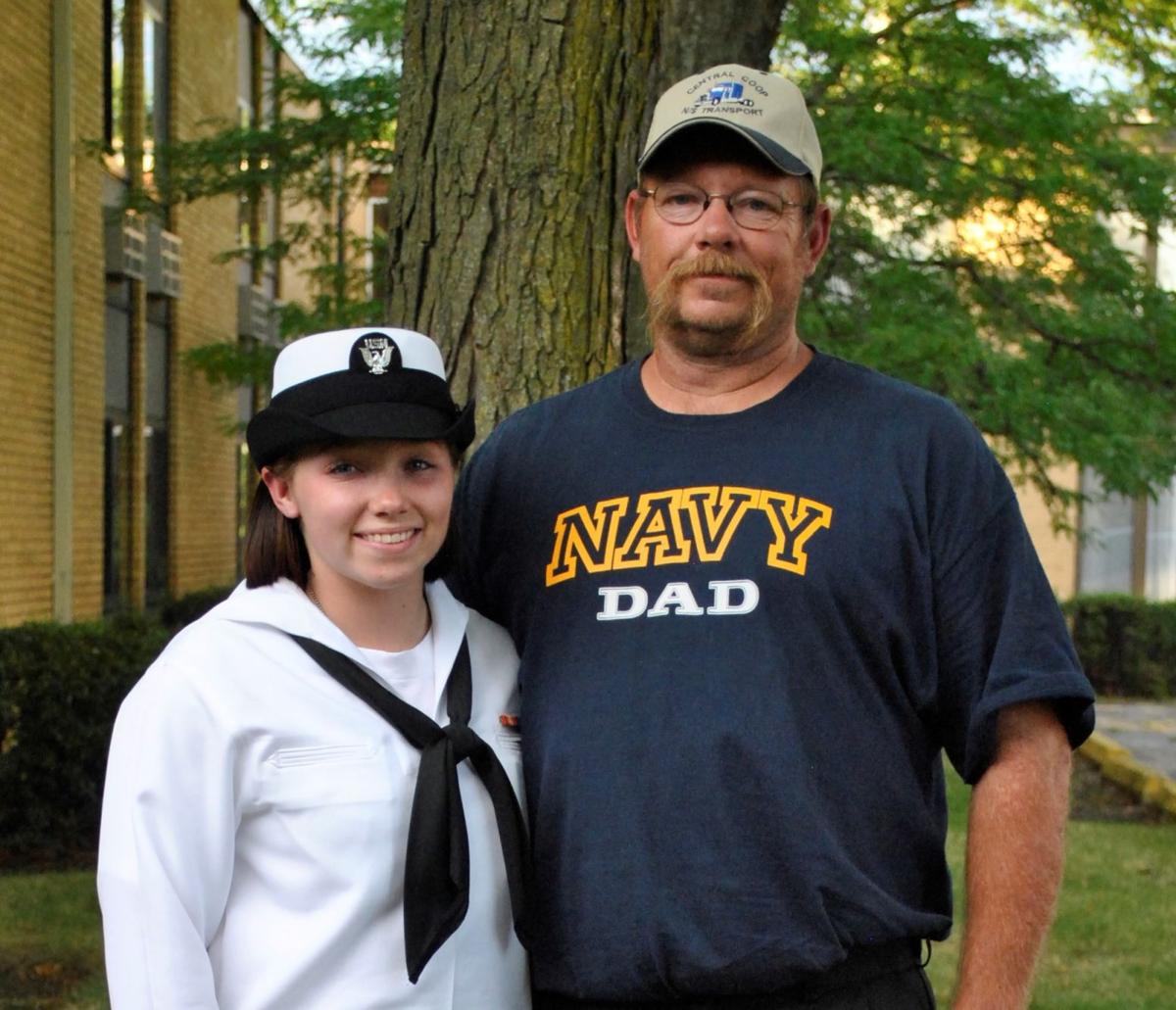 Rachel Wells is photographed with her father, Dennis Wells, who died from injuries after his pickup hit a tree that had fallen over the road in August. 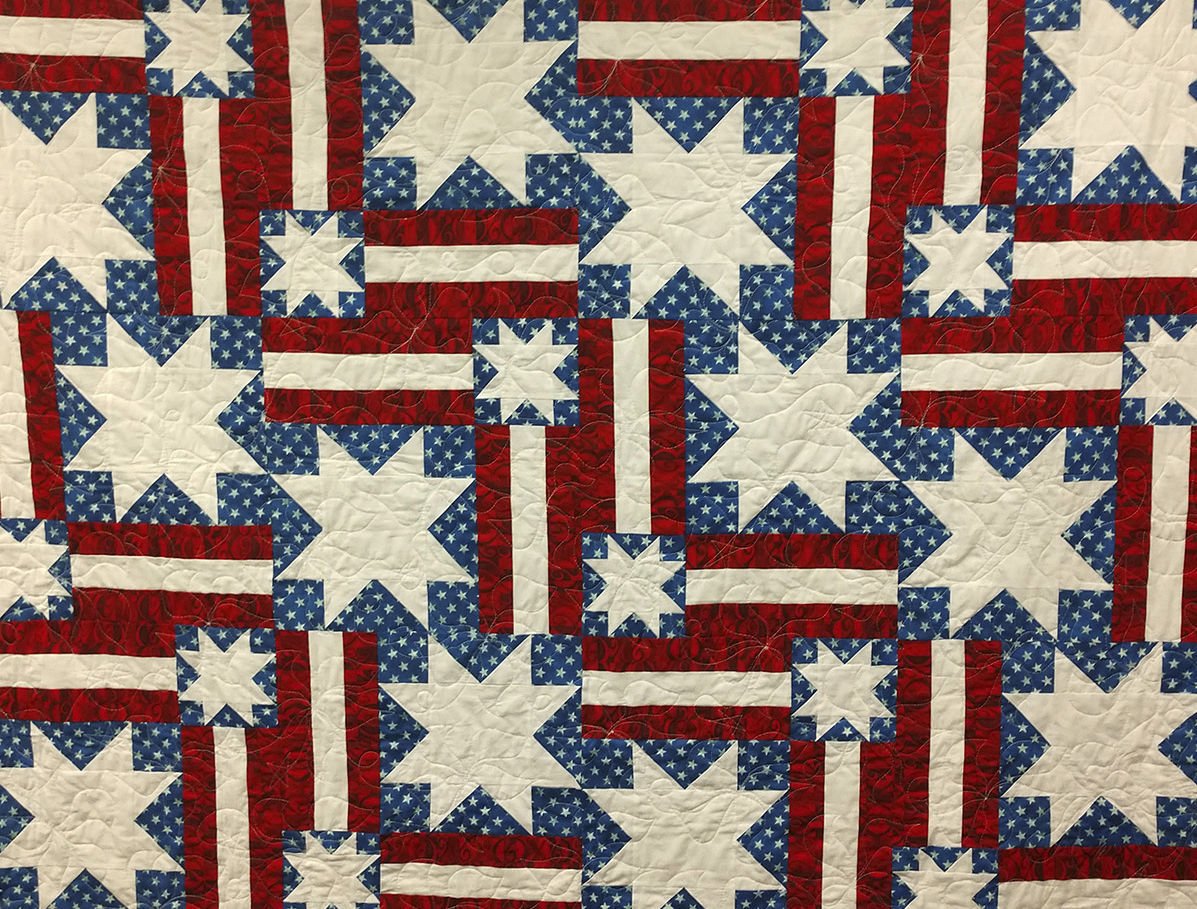 The Quilt of Valor that will be presented to U.S. Navy veteran Rachel Wells features a modified bowtie pattern with a meandering stars quilting pattern.

U.S. Navy veteran Rachel Wells was somewhat shocked when she was contacted about receiving a Quilt of Valor, made by Lancaster County 4-H youths.

"I always feel like someone else has done more than I have," she said.

During her five years of active duty, though, she did a lot. Wells was stationed on the USS George H.W. Bush, from 2012 to 2017, where she worked as a weapons specialist. She completed two deployments in Operation Enduring Freedom, the worldwide combat mission launched shortly after the terrorist attacks of Sept. 11, 2001, and then Operation Inherent Resolve, the military intervention against the Islamic State of Iraq and Syria.

Wells worked below deck on the carrier assembling and servicing bombs, missiles, rockets and launching devices. And she took her turn standing watch on the 50-caliber machine gun on the flight deck. Twelve-hour days, seven days a week. Sometimes she would leave the carrier to spend a couple of days in port, in Greece, Turkey, Bahrain, Dubai.

Now, she's a student at the University of Nebraska-Lincoln, a senior working toward an education and human sciences degree in child, youth and family studies.

Quilts of Valor is a national organization that awards quilts to veterans, with the idea of covering them with comfort. The first quilt was awarded in November 2003 at Walter Reed Army Medical Center to a young soldier from Minnesota who had lost his leg in Iraq.

Wells decided to accept the Quilt of Valor, in part because it would have made her dad so proud. She will miss him at Monday's Quilt of Valor ceremony at the Nebraska State Fair in Grand Island.

Dennis Wells, a semi-truck driver, was on his way to work Aug. 7 in his pickup when a storm developed. Three miles from his home near Cairo the rain was so blinding he couldn't see the tree that had fallen over the road. Wells hit the tree and died at the scene.

"My dad was always so proud of me for going in," Rachel Wells said. "Me getting this, he would have been ecstatic for me."

Wells, 25, was born in Lexington and her family moved to Grand Island in 2002 and eventually Cairo, where her dad raised cattle, pigs and goats. She graduated from Centura High School, and a month later was in basic training with the Navy.

It was her idea to join the military because she just wasn't sure what she wanted to do.

The quilt -- red, white and blue, made in a modified bowtie pattern with a meandering stars quilting pattern -- was made in 4-H volunteer Mary Burroughs' quilt block workshop in June by seven youths ages 9-13. Burroughs assembled the blocks and another volunteer with the Lincoln Quilts of Valor stitched it.

The plan to present the quilt on Oct. 18 at a ceremony on the Veterans Administation campus to a yet-unknown veteran was changed when Wells, a summer intern with Lancaster County 4-H, lost her father in the Aug. 7 storm.

When Wells graduates in May, she would like to work in a county office of Nebraska Extension, or in a social work position with children and families. She spent 13 years as a youth in 4-H.

Eighty-seven 4-H quilts will be on display at the State Fair and will be presented at Monday's ceremony. Wells' is the only one that will be awarded to a veteran at the ceremony.

As Keith Knoop pushed through all of the procedures to repair his right leg torn apart by a roadside bomb in Iraq nearly a decade ago, he didn…

They took a drive from the photographer’s house near Denton on Saturday.

Betty Pitsch was just a teenager when her twin brothers, Rudolph and Leo Blitz, were killed aboard the USS Oklahoma during Japan's surprise at…

Painters provide a patriotic shade of blue at VFW, an act of service for those who served

Pickups and work vans lined the gravel lot at the Miller-Long VFW Post on Thursday morning.

One of the wettest months on record in Grand Island left the Nebraska State Fair underwater — literally — for part of its 2019 run.

Dozens of people were helped off the Sky Tram at the Nebraska State Fair late Sunday after the motor powering the ride stopped working.

4-H volunteer Mary Borroughs led a quilt block workshop attended by seven youths ages 9-13 in June that made the Quilt of Valor that will be presented Monday to U.S. Navy veteran Rachel Wells at the Nebraska State Fair in Grand Island.

Rachel Wells is photographed with her father, Dennis Wells, who died from injuries after his pickup hit a tree that had fallen over the road in August.

The Quilt of Valor that will be presented to U.S. Navy veteran Rachel Wells features a modified bowtie pattern with a meandering stars quilting pattern.