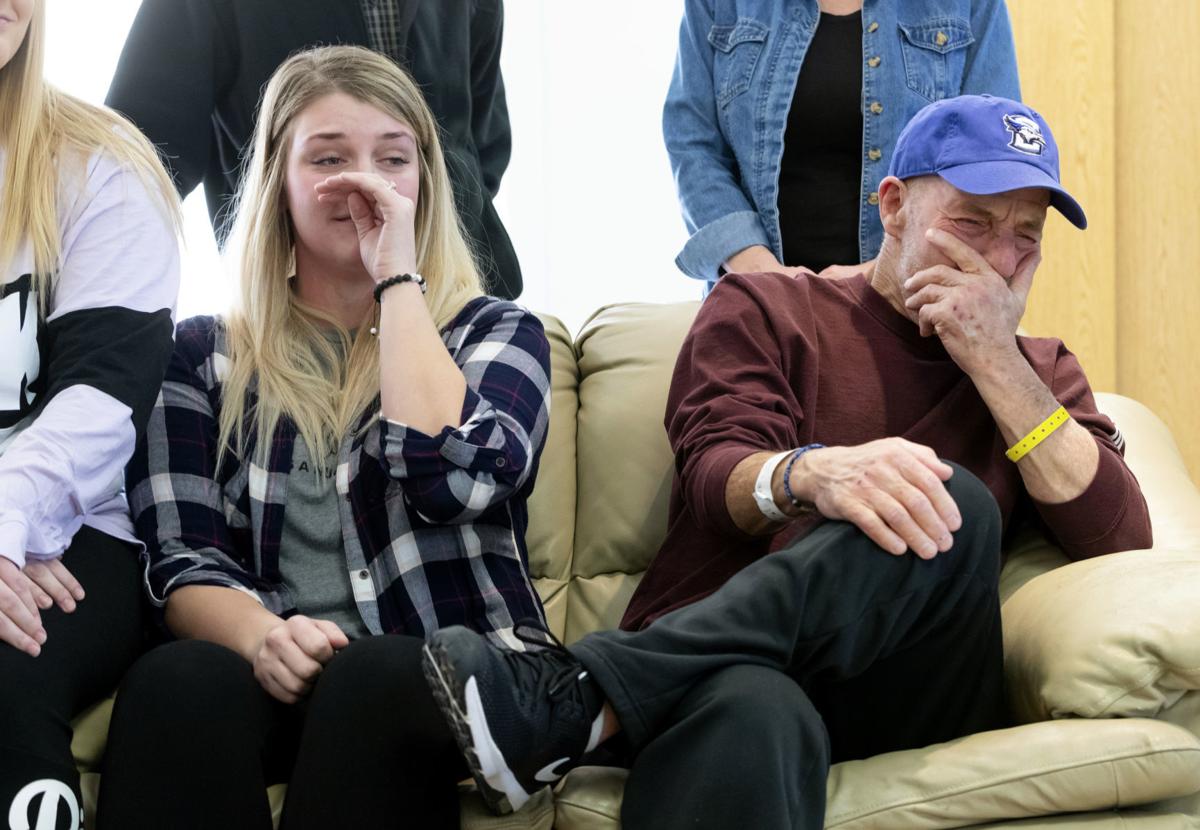 T. Scott Marr and his daughter, Preston Marr (left) break down during a news conference in Omaha on Jan. 3. Thought to be brain dead, T. Scott Marr awakened after being taken off life support. 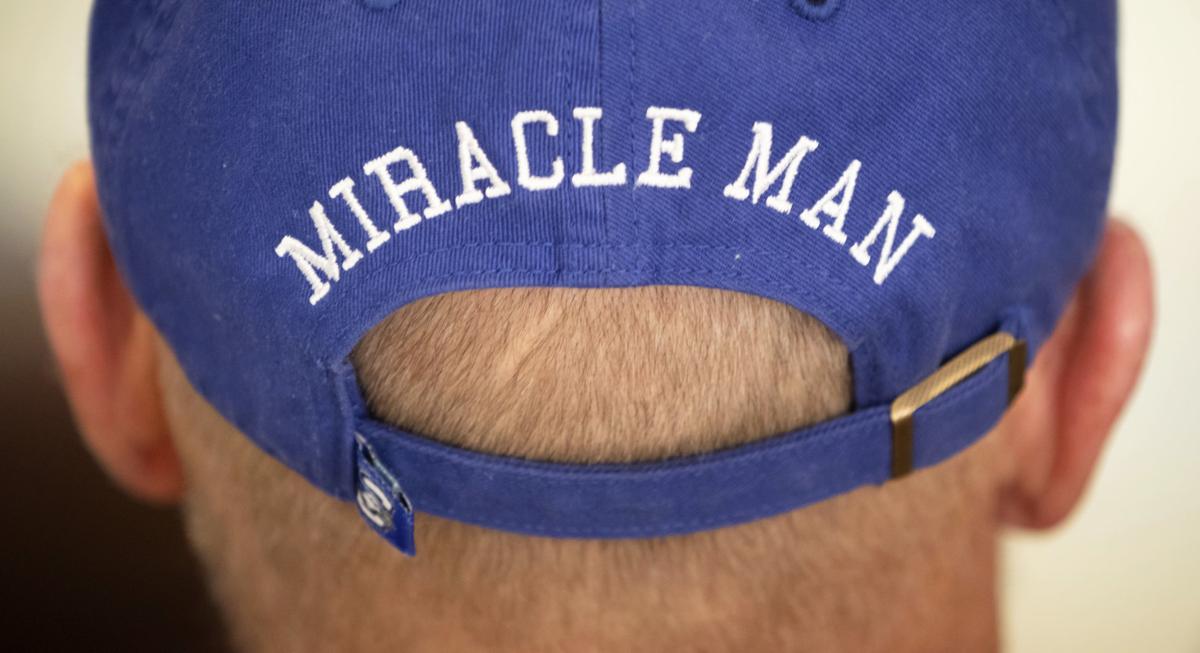 T. Scott Marr wears a miracle man hat during a press conference on Jan. 3 in Omaha. Thought to be brain dead, Marr awakened after being taken off life support.

OMAHA — A man whose children had decided to remove his breathing tubes has recovered and left an Omaha hospital after weeks of therapy.

Marr originally was diagnosed with a stroke on Dec. 12 after he was found lying in his bed, unresponsive but breathing. He was rushed to Methodist Hospital and soon placed on a breathing machine in intensive care.

Marr showed no neurological improvement by the time his family returned the following day. Brain swelling — primarily in the back of the brain — concerned his doctors.

"We were worried in this case that this was not a reversible process and that it was going to proceed to brain death," said Dr. Rebecca Runge.

His daughter, Preston Marr, said she and the rest of the family faced a harsh reality: Scott Marr was not expected to recover.

"He had always said, 'I never want you guys to see me lying in a hospital bed, lying in a nursing home,'" Preston Marr said.

"They told us he was on his way to brain death, so we said our goodbyes before extubating him, all the monitors were shut off and we waited by his side," she said.

He kept breathing. He was still breathing on his own the next morning when his children returned after skipping their appointment with a funeral home.

His doctors soon ordered another test. It showed that Scott Marr was suffering from a rare condition called posterior reversible encephalopathy syndrome.

"It's commonly caused by high blood pressure, but there are many things that can cause it," Runge said. The severe swelling Marr experienced is not typical of the syndrome, she said, which is why a devastating stroke was the initial diagnosis.

Marr credits his faith for his survival.

"I don't want to make this into a huge religious thing but I'll tell you what: It was pretty much a miracle," he said.

The artist’s hand moves up and down making small, even pencil strokes on the paper.

Area health officials are stressing the importance of getting a flu shot following the death of a 12-year-old Beatrice boy.

Colton Jensen loved football, bull riding and his job as a firefighter.

Bluestem Health has announced that North Lincoln Family Medical Center will become part of the organization in April.

What does a knee replacement cost? Hospital price transparency could lead to better quality, lower prices

You may not do a lot of shopping around when you need a joint replacement or full-body PET scan, but now an estimate of charges should be onli…

Five years ago, 34-year-old Alex McKiernan’s life hummed along comfortably. He and his wife, Chloe Diegel, were raising their three children, …

T. Scott Marr and his daughter, Preston Marr (left) break down during a news conference in Omaha on Jan. 3. Thought to be brain dead, T. Scott Marr awakened after being taken off life support.

T. Scott Marr wears a miracle man hat during a press conference on Jan. 3 in Omaha. Thought to be brain dead, Marr awakened after being taken off life support.