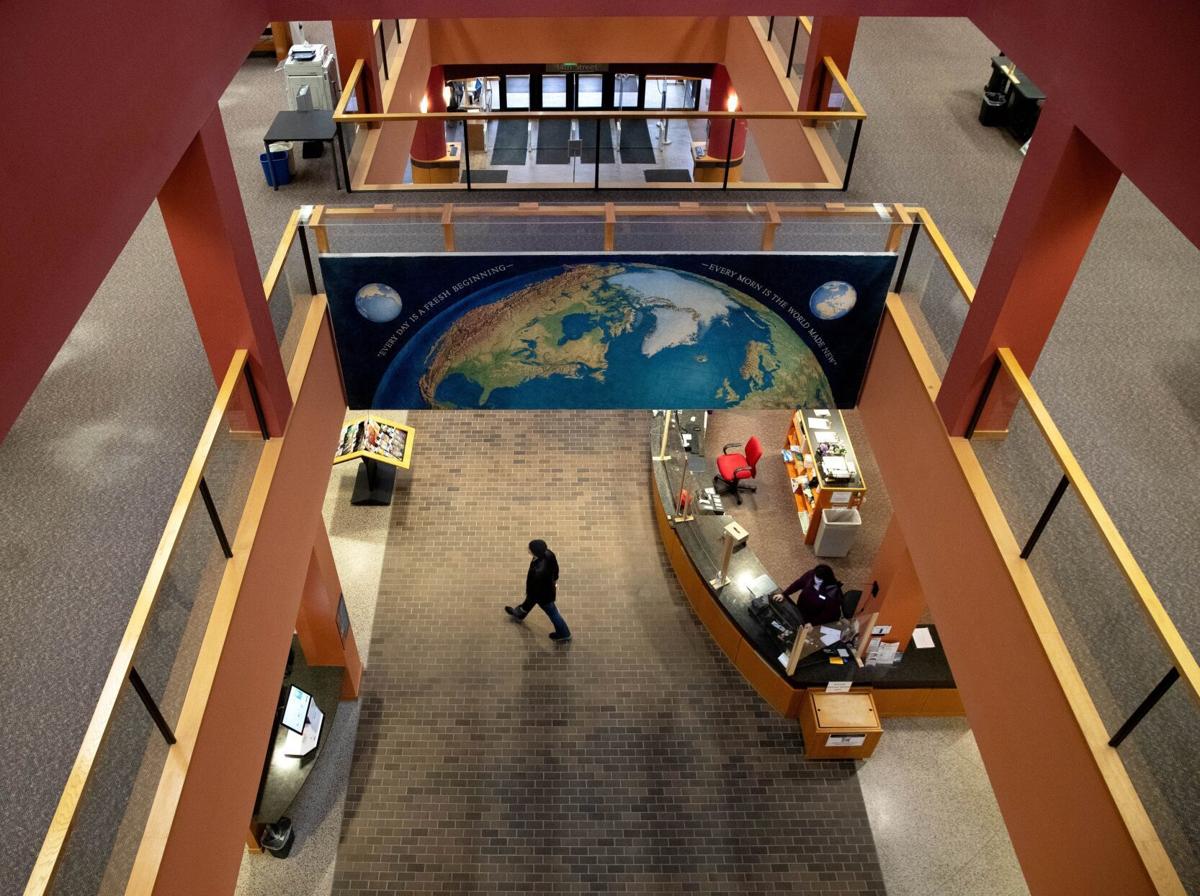 A patron walks through the lobby of the W. Dale Clark Library downtown. Plans for Omaha’s libraries include demolishing the library, building a new downtown branch and establishing a new central branch. 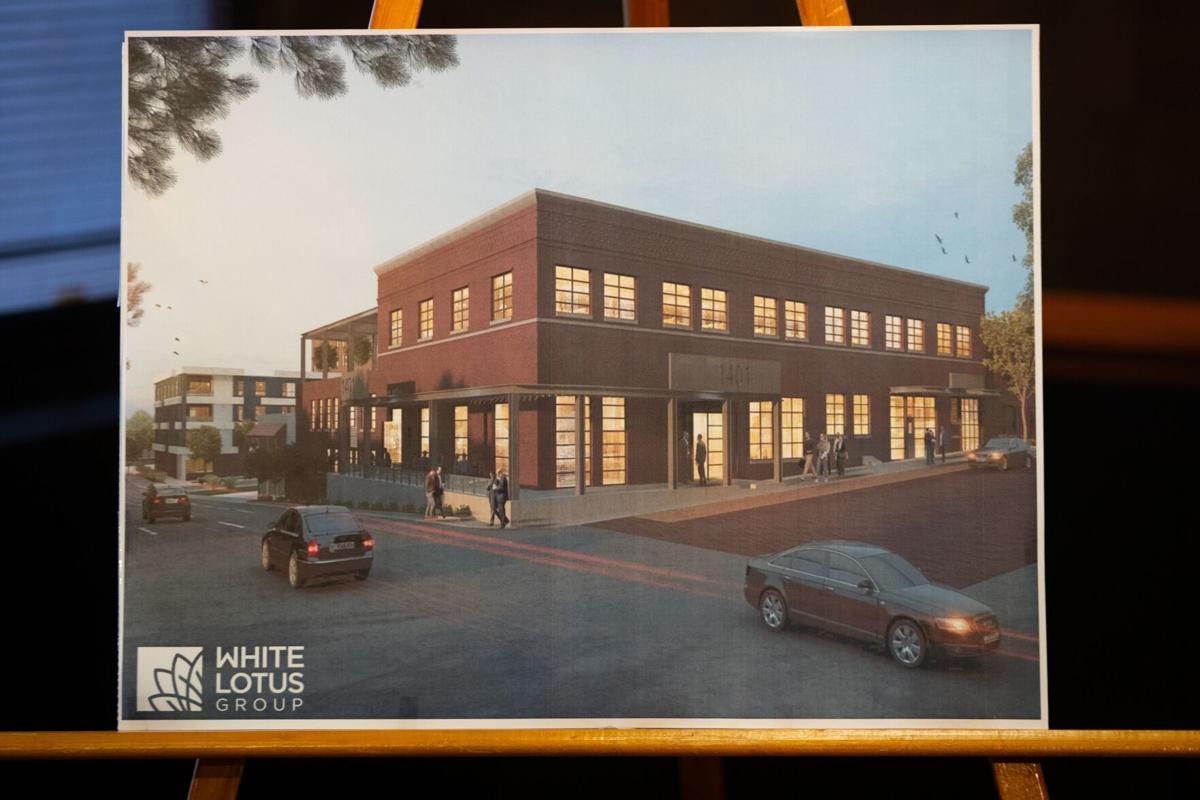 A rendering of the proposed new W. Dale Clark branch just west of the Old Market. The city intends to lease the building initially constructed in 1912. 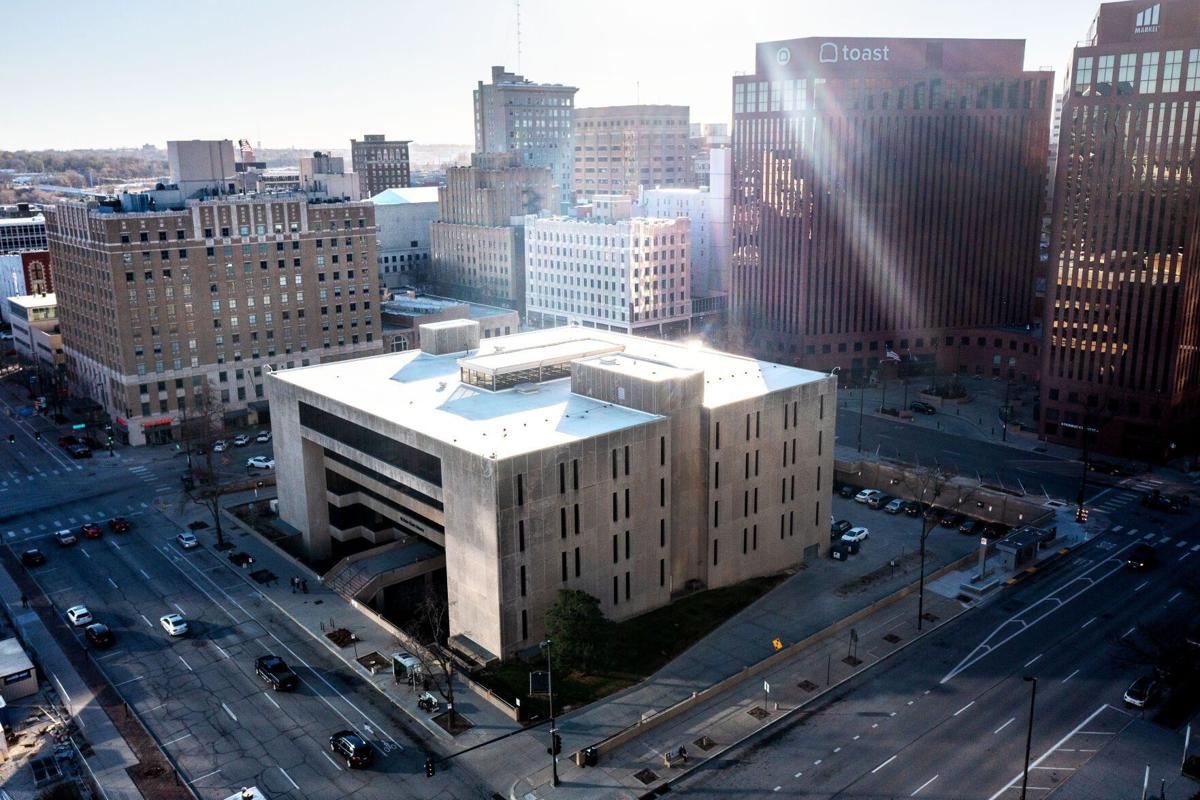 The W. Dale Clark Library is moving to 1401 Jones St. The city anticipates that it will take 10 months to prepare for and complete the move.

Stothert said the library will be moved to 1401 Jones St., where the city will lease a building for $465,000 a year on a 10-year lease. After five years, the city will have the option to opt out of the lease or purchase the building.

The structure is a few blocks south of the library’s current location. The building was initially constructed for the David Cole Creamery and will need to be renovated, which is expected to cost $3 million — an expense split by the city and the building’s current owner, White Lotus Group.

The new downtown location is expected to open in fall 2022, pending approval from the Omaha City Council and the Omaha Public Library Board of Trustees.

Administrative offices and distribution will move to a vacant Shopko store at 84th and Frederick streets. The city will pay $500,000 to remodel that space and $405,000 per year to lease it under a 10-year lease.

Archives and resource materials will be distributed to other branches.

“This building (on Jones Street) meets both the consultant’s recommendation and our goals to provide excellent library services in a redesigned space that remains convenient and accessible to our customers,” Stothert said at a news conference.

The city has weighed the fate of the library for years. In 2010, and again in 2017, a consultant’s review of Omaha Public Library facilities recommended replacing the W. Dale Clark Library and moving central distribution, which is currently housed in the branch.

The 2017 master plan described the W. Dale Clark Library, which opened in 1976 and was renovated in 1995, as “dated, inefficient and underutilized.”

The building on Jones Street that the city intends to lease was initially constructed in 1912, according to records with the Douglas County Assessor’s Office.

Moving the downtown library, which is bounded by 14th, 15th, Douglas and Farnam streets, would free up the plot of city-owned land at the west end of the Gene Leahy Mall, which is being revitalized as part of Omaha’s massive $400 million overhaul of the downtown and riverfront parks.

Stothert said there has been a lot of interest from developers in the current library site, which is a key component of the riverfront redevelopment plan.

Stothert did not identify potential developers for the location.

The city anticipates that it will take 10 months to prepare for and complete the move.

Library Board President Mike Kennedy said he anticipates the board will approve the plan.

“The reason I say that is we have the backing of the plans from 2010 and 2017. This isn’t spur of the moment,” Kennedy said. “We’ll be having meetings in the next couple of weeks, but I don’t foresee any problems with the passage. It looks like a great project.”

The library will occupy the first two floors of the currently vacant three-story building on Jones Street. City officials are looking to help find a complimentary tenant to lease additional open space on the ground floor.

Omaha fundraising organization Heritage Services, which has led a series of local civic philanthropic efforts, has for months explored a potential role in plans to reimagine the city’s libraries. Discussions of those evolving plans have largely occurred out of the public eye.

Earlier this month, the Library Board agreed to work with stakeholders, including Heritage, on planning efforts for the future of Omaha’s libraries. Kennedy said at the time that the resolution was intended to have a public discussion on plans for the future.

There have been suggestions that the effort to relocate the downtown library is directly tied to Heritage, but that is not accurate, Stothert stressed.

Plans for the move would be moving forward even without Heritage’s possible involvement in a new central library, Stothert said.

A new central library is still being considered on the Dodge Street corridor between 72nd and 90th streets, which is where Heritage’s involvement would begin.

Heritage and the city are exploring the possibility of an incorporation of the private digital library Do Space, which was founded in a former Borders bookstore on the southwest corner of 72nd and Dodge streets.

The building that houses Do Space could be razed and a new central library built on the site. The project, which has not yet been finalized or presented to the Library Board, could cost upward of $100 million.

The Omaha Public Library is in the process of developing a strategic plan that will focus on library services and programs over the next three to five years. The plan will be presented to the library board in March.

A skate ribbon about the length of a football field is taking shape as part of the $400 million public-private overhaul of Omaha’s three downtown riverfront parks.

A patron walks through the lobby of the W. Dale Clark Library downtown. Plans for Omaha’s libraries include demolishing the library, building a new downtown branch and establishing a new central branch.

A rendering of the proposed new W. Dale Clark branch just west of the Old Market. The city intends to lease the building initially constructed in 1912.

The W. Dale Clark Library is moving to 1401 Jones St. The city anticipates that it will take 10 months to prepare for and complete the move.