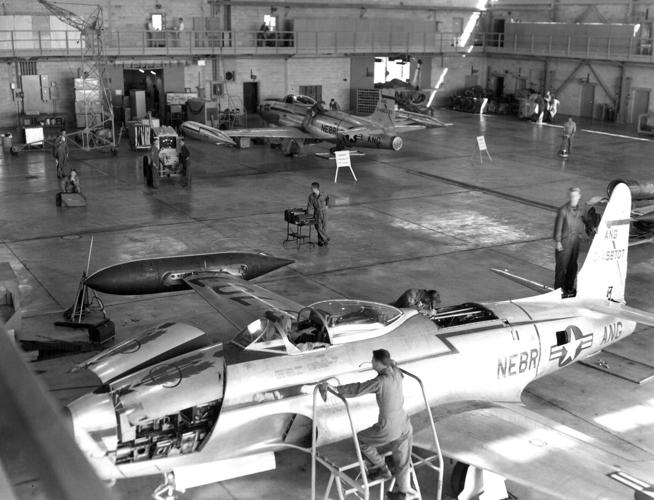 This 1958 file photo shows Nebraska Air National Guard planes inside a hangar at the former Lincoln Air Force Base. 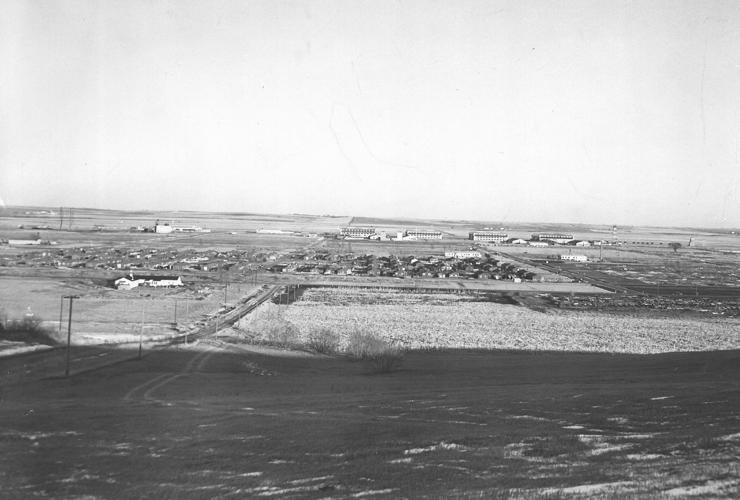 This panoramic photo shows the Lincoln Air Force Base in early 1951. The base was closed in 1966 as part of a nationwide reduction in military forces. 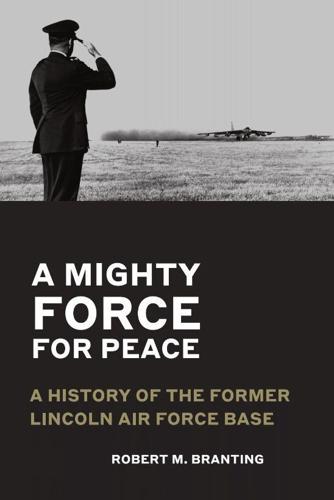 "A Mighty Force for Peace: A History of the Former Lincoln Air Force Base" was written by former Lincoln resident Rob Branting.

On the outskirts of Lincoln sits a place full of history — history many may not remember. A place where powerful nuclear bombs once sat, holding the potential to start World War III.

In the 1950s to mid-’60s, during the dark days of the Cold War, the area now known as Air Park was home to Lincoln Air Force Base. As many as 6,000 officers, enlisted men and 14,000 civilians lived in and around the base, which marshaled enough nuclear armament to wipe out a continent.

In an effort to keep the memory of the air base alive, Lincoln native Rob Branting has worked more than 20 years to document its deep history.

He will talk about his recently released book, "A Mighty Force for Peace: A History of the Former Lincoln Air Force Base," on Saturday at the Strategic Air Command and Aerospace Museum near Ashland.

Branting, 36, was born nearly two decades after the base closed in 1966, but growing up with a a father who was a Vietnam War veteran in a home where he watched planes landing at the nearby Lincoln Airport sparked his interest in the former base.

At one time the base maintained combat readiness for as many as 120 B-47 Stratojets equipped with nuclear bombs. And its crews operated a dozen Atlas F intercontinental ballistic missiles aimed at Russia from silos around Southeast Nebraska.

What: Author Rob Branting will discuss and sign copies of his book, "A Mighty Force for Peace: A History of the Former Lincoln Air Force Base."

Where: Strategic Air Command and Aerospace Museum, off I-80 at Exit 426.

Today, Branting is a historic site supervisor in North Dakota for a former Minuteman missile site.

His book had its start more than 20 years ago when Branting created a website documenting base history while he was in high school. As he gathered information and talked with veterans, he got more serious about writing a book.

"You can read a lot in official histories, but you don't get the whole story unless you talk to folks," Branting said.

The book, which has more than 450 pages, gives an extensive review of the base, including who lived there and what purpose it served.

"It’s an important part of Lincoln's history that has been, not necessarily forgotten, but it’s something that a lot of people just don’t know about," Branting said. "I want to bring it back to life."

While Branting wrote the book, he had a lot of help in uncovering the full story, he said. From searching archives at History Nebraska, to talking with countless veterans, the book is a collection of stories as told by many people.

Money made from book sales will go to maintaining the website and keeping the history alive, he said.

"I didn’t write the book for money. I wrote it to tell people what the base is about," Branting said.

From 1954-65, the hangar at what was then the Lincoln Air Force Base housed planes that stood on alert to carry nuclear bombs in case of war with the Soviet Union.

In the midst of a snowstorm, a small group of aviation history buffs met earlier this month at a former chapel in Air Park to discuss the poss…

The 9/11 attacks forced a change in U.S. military operations, speeding up a post-Cold War trend of using Guard and Reserve units much more in real-world and combat situations.

Burial grounds are scattered across Douglas County — downtown, near downtown, on the Nebraska Medical Center campus, near the Field Club and several in the western part of the county near Valley.

“I am big on local history,” John Hanssen said. “I grew up driving around the countryside. I see these old outhouses that, for whatever reason, I want to preserve.”

Watch now: 'An attractive nuisance' — Last house in Air Park has a date with demo

The Air Force moved a half-dozen farm homes onto the block for on-base guest housing. Now only one remains.

Ford issues recall of 39,000 SUVs due to instances of fire

This 1958 file photo shows Nebraska Air National Guard planes inside a hangar at the former Lincoln Air Force Base.

This panoramic photo shows the Lincoln Air Force Base in early 1951. The base was closed in 1966 as part of a nationwide reduction in military forces.

"A Mighty Force for Peace: A History of the Former Lincoln Air Force Base" was written by former Lincoln resident Rob Branting. 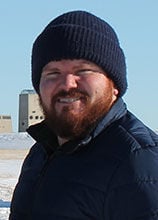