Huskers-Badgers canceled due to COVID-19 issues at UW

OMAHA -- Earnest Jackson spoke on the phone to a crowd of almost 50 on a recent night.

The rows of people leaned forward in their seats as Jackson’s wife, Tracy Jackson, held the phone near a microphone.

“Some of you I know, and some of y’all I don’t know,” he said. “All of you who showed up to support this mission for justice, I appreciate it. Truthfully, it’s hard not to get overwhelmed because now I feel listened to, but more than that, I feel a part of the community.”

Jackson, 38, was calling from the Nebraska State Penitentiary. The crowd of people who gathered at Metoyer’s Event Center near 37th and Lake streets believe that he was wrongfully convicted and are determined to get him released.

At age 17, Jackson was sentenced to life in prison in the September 1999 shooting death of Larry Perry, also 17, near 46th Street and Redman Avenue.

Jackson and two others were accused of shooting Perry, who had a gun in his waistband, 19 times after an argument over tire rims.

Jackson was resentenced to 60 to 80 years in prison in 2016 under a Supreme Court ruling that minors can’t receive automatic life sentences.

At the time of the resentencing, Jackson’s attorney Jeff Pickens pointed out several details of the case:

A jury acquitted Cooperrider. Another jury then acquitted the third defendant, Danti Chillous.

But prosecutor Katie Benson noted that the court proceeding was a resentencing hearing, “not a retrial, not a closing argument.”

Just like Jackson, Perry was 17 when he was killed, Benson said. Unlike Jackson, she said, Perry didn’t get a second chance.

She said jurors believed witness Elexsis Fulton’s identification of Jackson as one of the men who pistol-whipped and shot Perry. She said witness testimony indicated that Perry’s gun was in his waistband and wasn’t brandished before he was shot.

And, Benson noted, the Nebraska Supreme Court has reviewed Jackson’s case and upheld his conviction.

Jackson said Friday that the resentencing was a low point. “A lot of people don’t know that after I got resentenced, I was so tired of fighting the system.”

But he said his wife and mother wouldn’t let him stop fighting.

His supporters have launched a social media campaign calling for his release.

Jackson said he’s thankful for the support. “With every one of y’all’s help, I will have another chance at life and be able to add to my legacy by being more than a number,” he said.

While in prison, Jackson graduated from college and has served as a mentor to fellow inmates.

He said goodbye, and his wife hung up the phone.

“We appreciate all of the support,” she said. “Let’s bring him home.”

A woman said a 43-year-old man was threatening to shoot her with a shotgun.

Two more staff members at the penitentiary tested positive Wednesday for the virus, bringing the total staff with the virus at the prison to 74 since April 4. 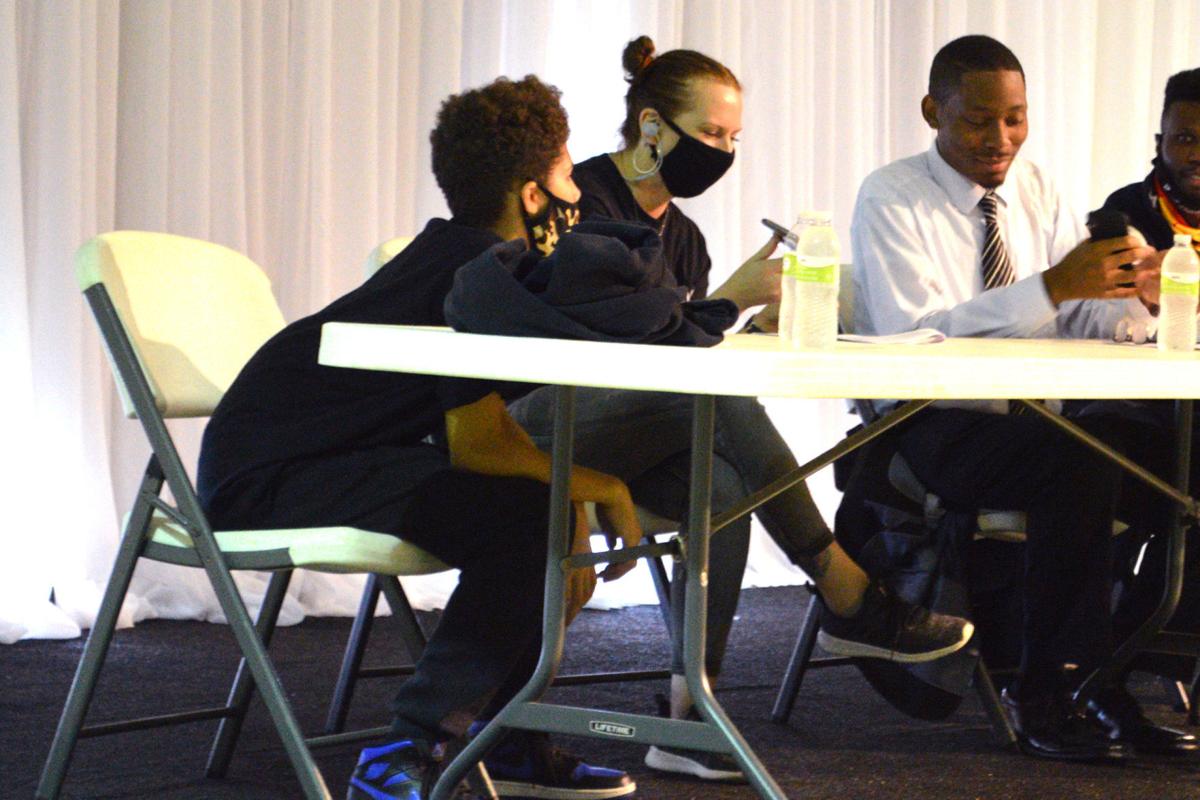 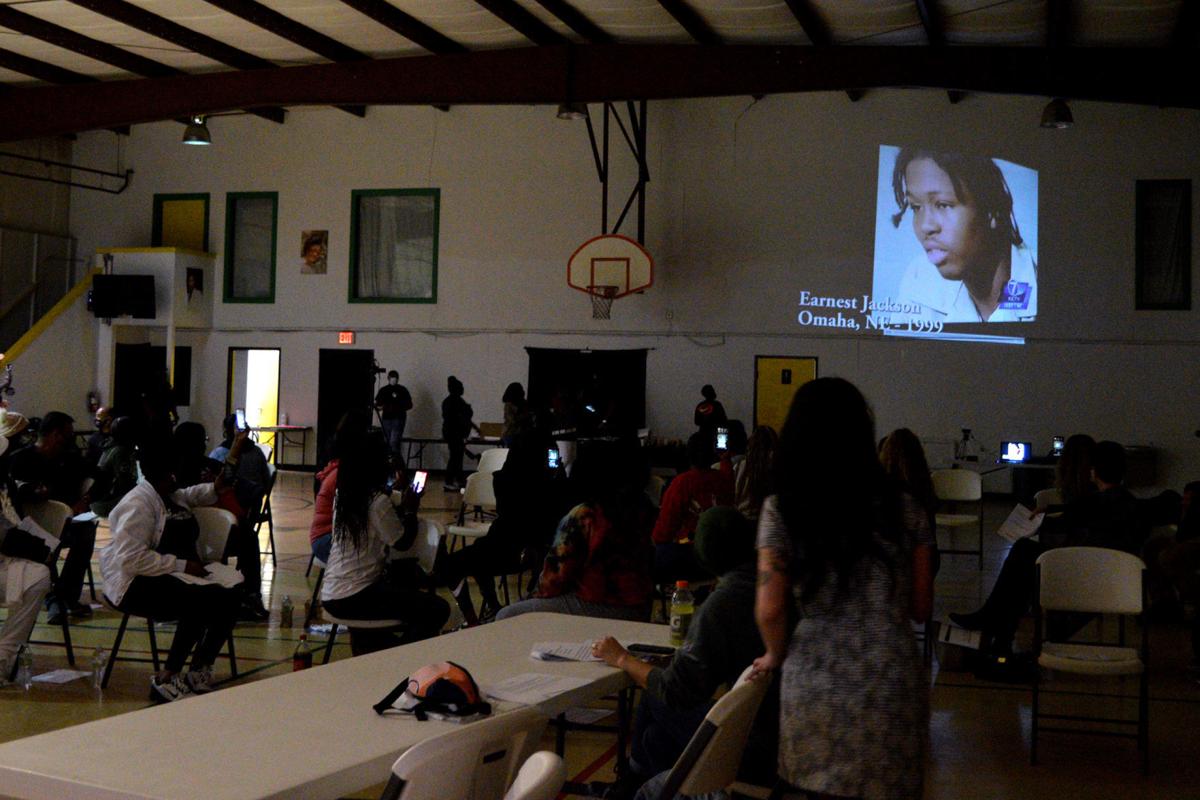 The crowd turns to watch a video featuring Earnest Jackson. 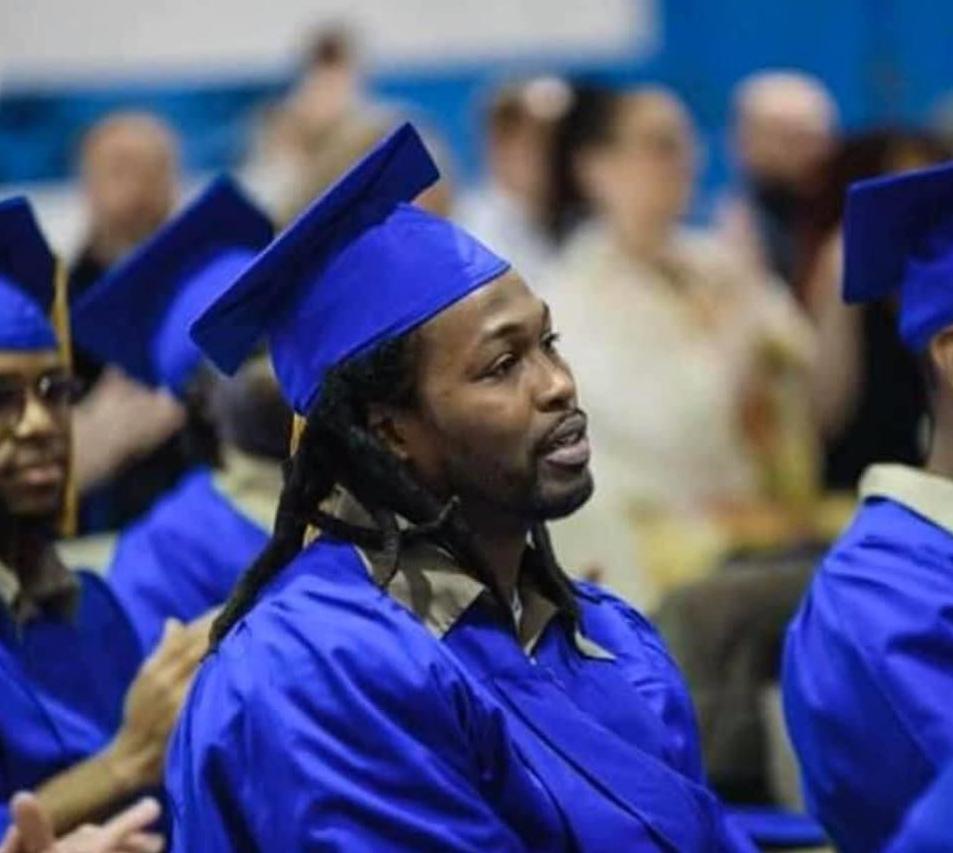