World Series: Follow updates as Dodgers and Rays face off in Game 5

If you see ‘some girl mutilating a deer' along the highway, here’s what she’s really doing
View Comments
Share this
{{featured_button_text}}
1 of 2 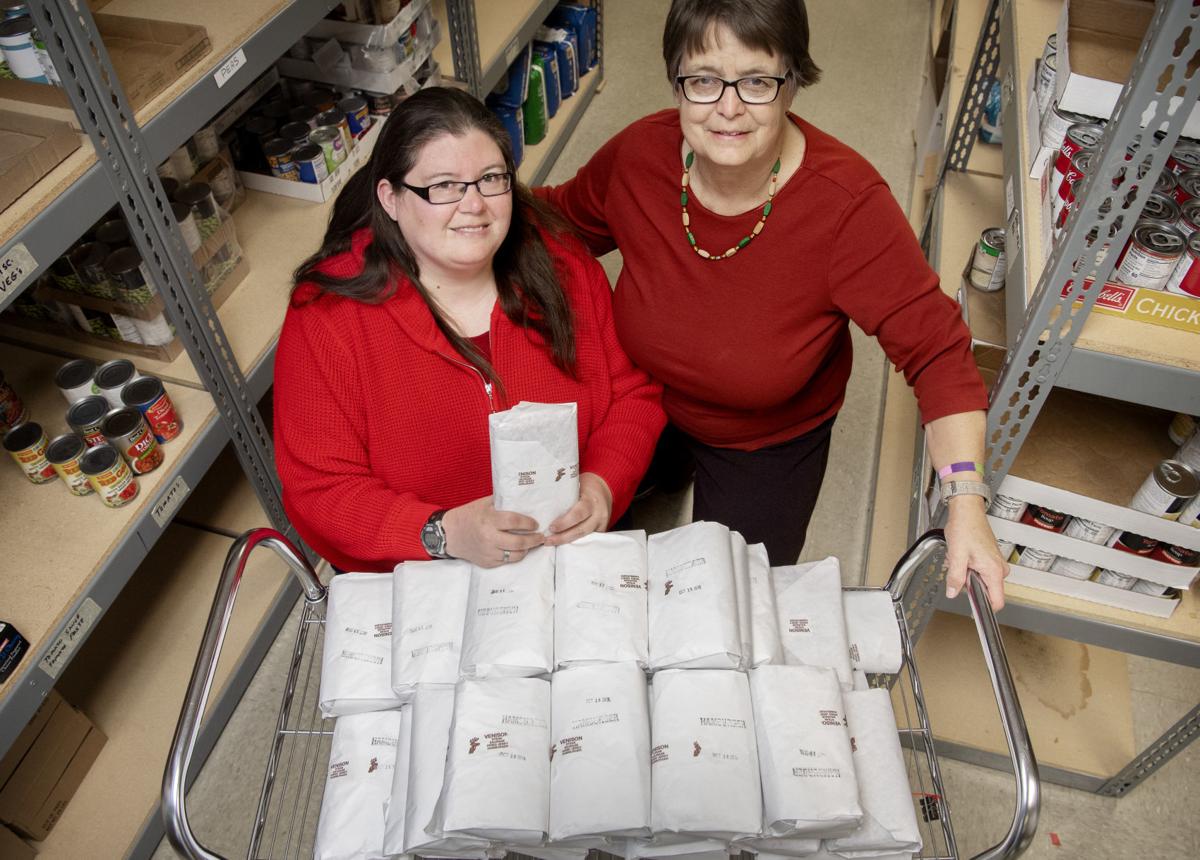 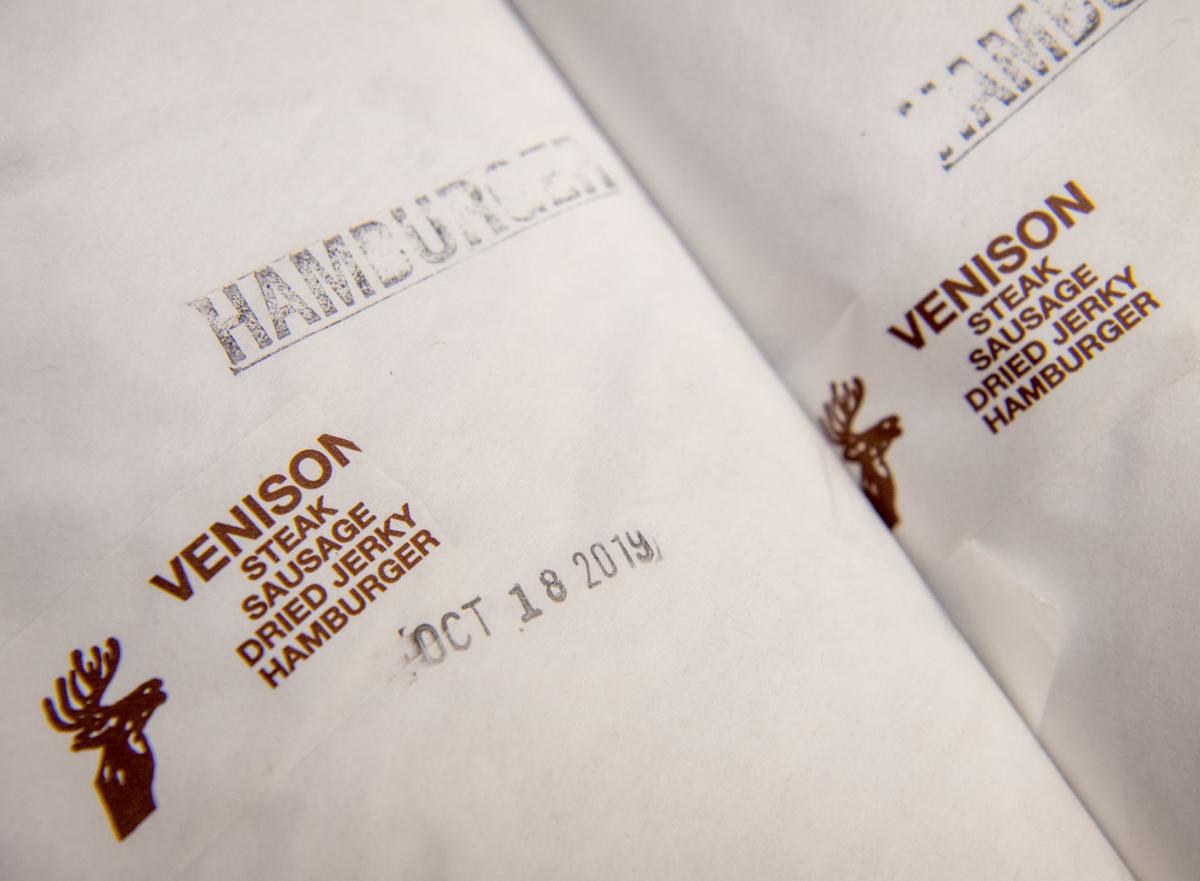 Wrapped packages of ground-up venison are donated to the Nebraska City Food Pantry by Lisa Schmitt of Unadilla.

Cutting up a roadkill carcass can get bloody, Lisa Schmitt said.

“A deputy told me they got a lot of 911 calls about some girl mutilating a deer by the side of the highway.”

She’d taught herself to field dress by watching YouTube videos, at about the same time she was teaching herself to shoot a gun, to hunt, to provide her own food.

But she’s become proficient with her gutting knife. In 20 to 30 minutes, she can scout a carcass, decide whether it’s worth salvaging, remove its organs and load what’s left into her SUV, to be skinned and deboned and then processed and packaged by her butcher.

Schmitt started harvesting roadkill a couple of years ago, when she saw a dead deer by the side of the road on her way home to Unadilla, and then saw opportunity.

She thought: “Here’s all of this good meat that’s just going to sit here and rot. It seemed a pity all of that meat would go to waste.”

She put that first deer — and the next few that followed — in her own freezer.

But there were so many getting knocked into ditches. And there were also so many people going hungry, and she thought: Why not feed them with roadkilled white-tails?

Schmitt grew up in a small Minnesota town, got her bachelor’s and master’s degrees in criminal justice and moved to Nebraska to work for the prison system.

She’d never hunted; it wasn’t part of her upbringing. But she took classes, learned how to shoot and got a permit a couple of seasons ago.

“I shot my first deer and I was so excited about it. Anyone can go to the store and buy hamburger. There’s something satisfying about going out and being able to provide for yourself at the most basic level.”

After she started harvesting roadkill, and after she decided to share it, she called the Nebraska City Food Pantry.

Keitha Thomson had no trouble saying yes to filling the food pantry’s freezer with 2-pound packages of roadkilled deer meat. The treasurer and head volunteer at the Food Pantry knows Schmitt pays MK Meats in Unadilla for professional processing, so she has no trouble trusting it.

She also knows the 30 or so Otoe County families the pantry serves each month need the food. And most — particularly those who have eaten wild game — are thrilled to take it home.

“There’s two reactions when we tell them we have some venison: It’s, ‘Oh, my gosh, yes,’ or ‘no.’ But that’s because they’ve never had it before.”

Schmitt hasn’t kept track, but estimated she’s delivered 250 to 300 pounds of ground venison to the pantry at the Methodist church.

“I just took them about 60 pounds of burger,” she said. “And they still had some left over from my last visit.”

She begins her hunt at home, listening to the police scanner.

If she hears someone hit a deer in her corner of Otoe County or near Lincoln — she typically doesn’t drive if it’s more than 45 minutes away —she heads to the scene to assess the animal.

In the past few weeks, she traveled to North 56th Street, between Cornhusker Highway and Interstate 80. She returned to Yankee Hill Road time and time again. She’s been to the Panama and Sprague areas, U.S. 77 south of Lincoln.

The deer need to be warm and intact. “You want to get to them before they sit for too long,” she said. “If it’s not splattered all over the road, then I’ll field dress it there.”

This is the part of feeding the hungry that isn’t pleasant, or pretty, because she’s taking the deer’s insides out — slicing down from its sternum to remove its organs. But she has to be careful; if she cuts too deep and nicks the bowels, she can contaminate the meat.

On a recent trip, near Sprague, the woman who struck the deer circled back and saw Schmitt with the animal.

“She said she was glad to see someone was going to save the meat.”

She calls law enforcement for a state salvage permit, loads the carcass onto a tarp in the back of her SUV, and heads for her pastor’s acreage west of Lincoln.

When he was preaching in Kansas, Merv Goodrick had an arrangement with a game warden to collect roadkill deer.

“He would call us when one was hit,” the pastor at Fellowship Baptist Church said. “But after a couple of years, we got tired of working all night processing it.”

But Goodrick still hunts, and has a shed with a hoist. And Schmitt has an open invitation to use it, to hang the carcass, cut away its hide and carve the meat from its bones.

He’s impressed with her skills and dedication, and that she works into the night to feed others — not just at the food pantry in Nebraska City, but sometimes his congregation in west Lincoln.

“I think that’s great that she’s doing that. She’s kind of amazing in that way.”

Schmitt hauls the meat back to Unadilla, where she pays the locker to grind it. An average carcass will yield about 30 pounds, though she once collected a big buck that gave her 60.

“That boy, I needed help getting him into my vehicle.”

Big Snap Daddy spent his first 55 years or so in obscurity, hanging out and living his turtle life in the Missouri River in the state’s southe…

He carries with him rancid chicken necks, a bottle of fox urine and a jar of gland lure, so it’s best to stay upwind of Kyle Dougherty when he…

In Superior, vultures above mean messes below

The birds started showing up a few years ago, roosting in the upper reaches of the grain elevator high above Superior and fouling the ground below.

Fixing fence in the Sandhills: Knee-high turtle barriers in need of repair

The Blanding’s turtle lives the good life in northern Nebraska.

It was supposed to be a happy moment, a chance to declare the sex of a soon-to-be-born baby with a blast of color and burst of attention on so…

The number of deer taken during the November firearm hunting season in Nebraska increased 2% over last year.

Wrapped packages of ground-up venison are donated to the Nebraska City Food Pantry by Lisa Schmitt of Unadilla.