Until a couple of years ago, Mark Walz said he had never even heard the term "derecho."

That's impressive for an insurance company CEO, but it illustrates to some degree how the nature of weather-related disasters in Nebraska has changed over the past few years.

When Nebraskans think of weather-generating headlines, they likely think of tornadoes that have caused significant damage to cities such as Grand Island, Omaha and Hallam.

But lately, it's been just as likely that hailstorms or derechos — the name for a long-lived, straight-line wind storm that's usually associated with fast-tracking thunderstorms — are responsible for big, expensive weather events.

Another notable change: Extreme weather events are happening more frequently in months when they wouldn't be expected.

For example, the derecho that tore through Nebraska in December spawned nearly two dozen tornadoes, more than four times as many as had been recorded in the month in the state's history.

"Both the frequency and the severity of weather-related disasters has absolutely increased in the state of Nebraska over the past decade, with the 2020, 2021 and 2022 storm seasons reflecting this phenomenon," said Walz, chairman, president and CEO of Farmers Mutual of Nebraska.

Prior to 2016, he said, the storm season in Nebraska typically began in mid-April and was done by Sept. 1.

"Since that time, we have experienced large storm events as early as March 13 and as late as Dec. 25, with the norm now appearing to be mid-March through mid-October," Walz said. "That represents a 75-day extension of our storm season. This is not an insignificant change."

That longer time span in which extreme weather events are occurring also translates to Nebraska seeing more of them.

And this year, there have already been four through mid-July, including a derecho that hit the state in May — the third in as many years — and a hailstorm in early June. On Wednesday, the Federal Emergency Management Agency announced that 20 counties in central and eastern Nebraska are now eligible for federal disaster assistance because of damage caused by the May derecho.

Combine those two events with another severe storm with hail in June and Walz said Farmers Mutual has seen the second-, third- and fifth-largest loss events in its 130-year history this year alone, totaling nearly $300 million. That amount doesn't include an estimated $40 million in losses from the December derecho.

The Nebraska numbers mirror a national trend. According to NOAA, the U.S. as a whole has averaged 7.7 billion-dollar weather disasters a year since 1980, but the rate has more than doubled, to 18.7, in just the past three years. The total cost of those disasters has nearly doubled in the past three years as well.

Nebraska State Climatologist Martha Shulski said climate change is not only playing a role in the frequency of weather disasters, but it also amplifies their effects.

"We do see an increasing trend in natural hazards that are occurring locally, nationally and globally," Shulski said.

"For us in Nebraska, these increasing trends of costly disasters will continue upward as climate change leads to more extreme events," she said. "We will have a greater risk for heat events, severe storms, drought (and) flooding because their occurrence will generally increase in magnitude and frequency."

Walz agrees. He highlighted the fact that Nebraska has seen three derechos in the past three years after previously averaging about one per decade as "a clear indication that weather patterns are changing."

"While we cannot predict future weather disasters in the state of Nebraska with certainty, our experience suggests that we should expect an increased frequency and severity of these kinds of events in the future," he said.

Shulski said it's important for officials to make moves now to help mitigate the effects of those future weather events.

Among her suggestions: reviewing and updating the state drought plan, which was released more than 20 years ago, and incorporating amplified hazards into municipal planning documents such as emergency operations and hazard mitigation plans.

"Events such as worsening heat waves and intense, flooding rains should be viewed looking forward, not in the rearview mirror," she said. "We will be much better off to use our climate planning roadmap and not just our climate history."

Winning lottery jackpot is lucky for some, tragic for others

Dave and Erica Harrig of Gretna stayed true to their values when they won a lottery jackpot of more than $61 million in 2013. It made all the difference.

The Omaha area hasn’t seen significant rain in nearly a month, since the July 4 holiday, when about 1½ inches fell.

As much of the U.S. experiences what might be “its hottest summer ever,” the Farmers’ Almanac is predicting another extreme season — winter.

The southwestern corner of the state is now experiencing exceptional drought, the most severe category. It's the first time since 2013 that category of drought has shown up in Nebraska.

Dry conditions expand in Nebraska, with Lincoln back in drought

Nearly 85% of the state is now in at least moderate drought, including most of Lancaster County.

Drought continues to intensify across Nebraska, but there is rain on the horizon

Exceptional drought has now shown up in northeast Nebraska, while areas of southern Lancaster County are now in severe drought. 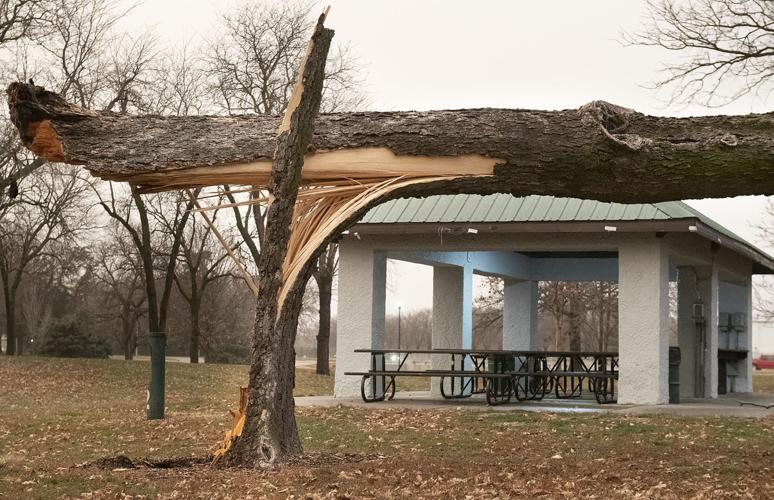 High winds that reached 93 miles per hour in Lincoln snapped a tree in Antelope Park on Dec. 15. A derecho that moved across Nebraska that day spawned nearly two dozen tornadoes. 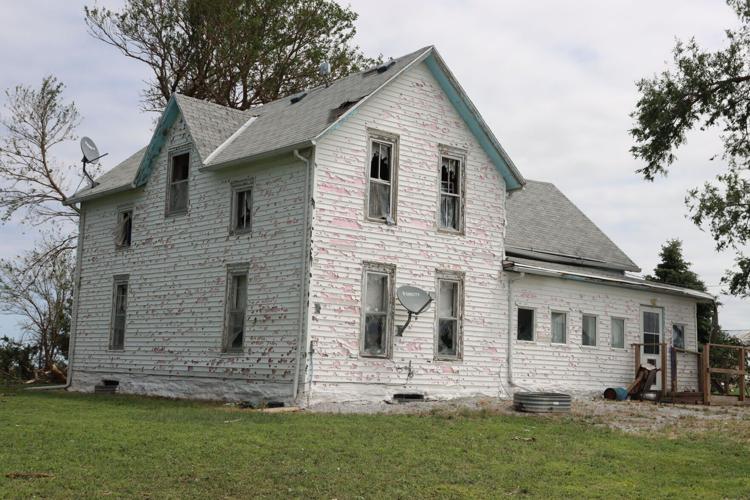 A farmhouse west of McCool Junction was pummeled by hail in a storm in June. 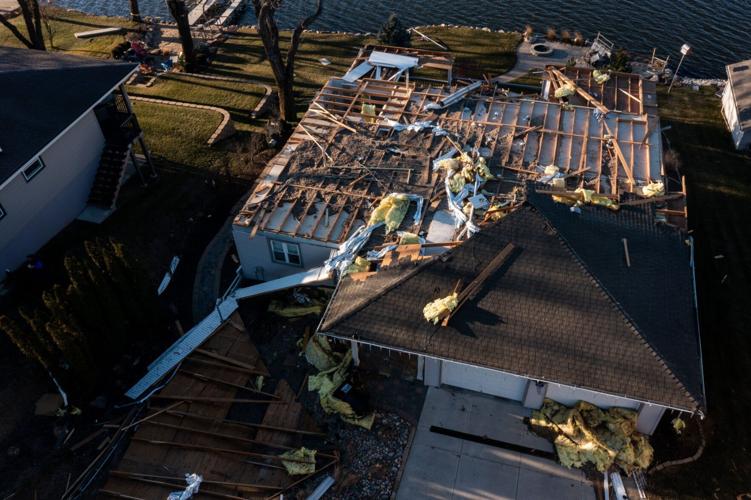 The roof of a home in Beaver Lake was ripped off when storms crossed Nebraska on Dec. 15, 2021.