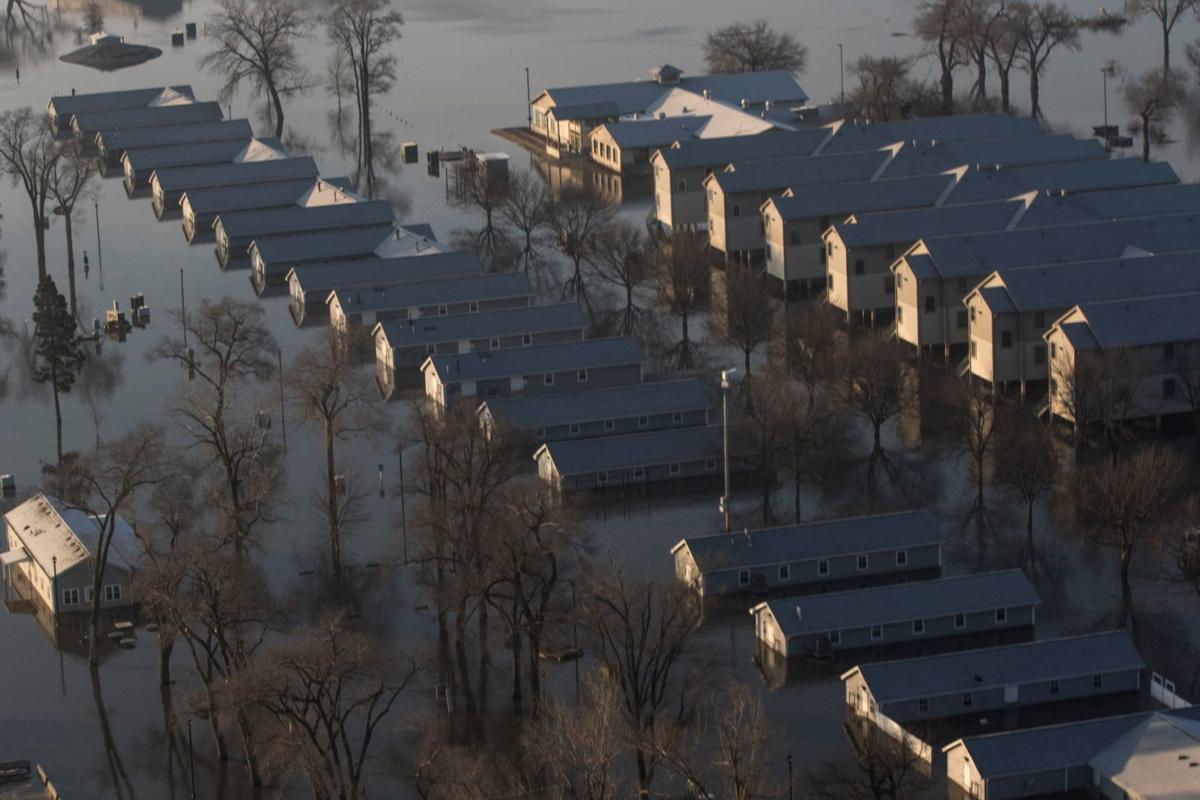 More than 50 of the 62 buildings at Camp Ashland suffered water damage from Platte River flooding this spring. 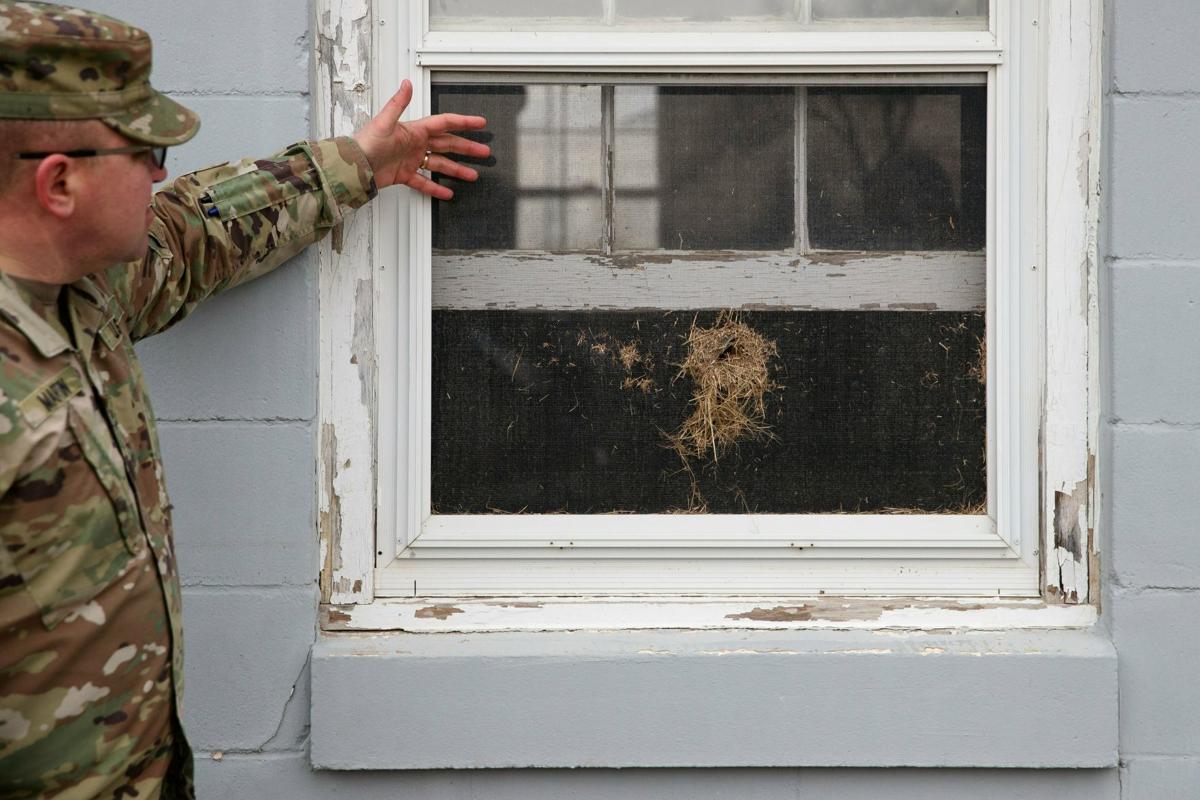 Nebraska Army National Guard Col. Shane Martin explains how high floodwaters came in through the windows of an equipment building at the Nebraska National Guard's primary training base near Ashland. 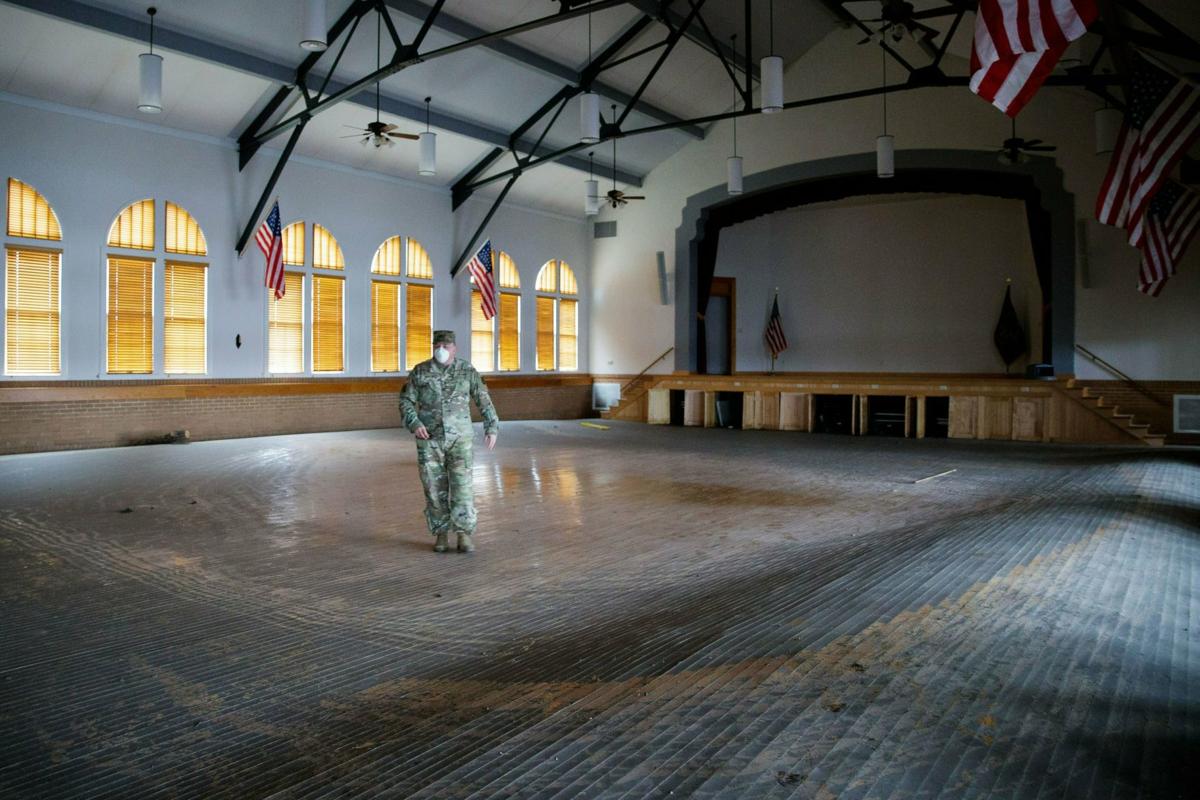 ASHLAND — The Nebraska National Guard is working to repair its main training site, which was heavily damaged by last month's flooding.

Water surged into classrooms, barracks and offices at Camp Ashland after the Platte River knocked down a levee, causing water damage to 51 of its 62 buildings.

"It had to be a lot of force. Just incredible," said Col. Shane Martin, the Nebraska Guard's construction and facilities management officer. "It's not just a breach in the levee. It's a dramatic erosion of the land underneath."

The flooding is worse than anything the camp has experienced in the last century, Martin said. The camp also saw serious flooding in May 2015, and officials spent $3.7 million in reconstruction.

"It's historic on all levels," Martin said. "We can't have foreseen these old levees that were built years and years ago would fail."

The Guard has cleared roads, hauled away debris and is working to clean and dry the buildings as quickly as possible to avoid mold issues, Martin said.

"We're going to have a whole bunch of soldier labor and hopefully salvage everything we can," Martin said. "If we can clean it, we will."

It could cost up to $50 million to repair the base if the buildings are raised on stilts in order to avoid future flooding issues, he said. The project would be funded by the federal government.

"We're going to put it back to what's logical," Martin said. "We have a lot of history, lots of buildings that are perfectly viable."

Between 80,000 and 100,000 soldiers train at Camp Ashland each year. Classes will continue at a training camp in Hastings until the repairs are completed.

The base could reopen minimal operations in about two months, Martin said.

Two years ago: Photos, videos from catastrophic flooding in Nebraska

Copyright 2019 The Associated Press. All rights reserved. This material may not be published, broadcast, rewritten or redistributed.

How pumpkins became a part of Halloween

The average recovery from a flood the size and scale of the historic event affecting areas of Nebraska extends a little more than nine years, …

In its first two weeks of operation in Nebraska, the Federal Emergency Management Agency has approved more than $8 million in individual and h…

Crews reopened Interstate 680 from the Missouri River bridge to Interstate 29 this week, but floodwaters and flood-related damage continue to …

Jim McKee: Flooding may be last chapter for Camp Ashland

Surviving and growing through several name changes, the Nebraska National Guard has had over a century of summer camps, some at U. S. Army fac…

Nebraska National Guard leaders will kick off a major rebuilding project at their Camp Ashland training site Friday, after two disastrous floods in the past five years.

More than 50 of the 62 buildings at Camp Ashland suffered water damage from Platte River flooding this spring.

Nebraska Army National Guard Col. Shane Martin explains how high floodwaters came in through the windows of an equipment building at the Nebraska National Guard's primary training base near Ashland.