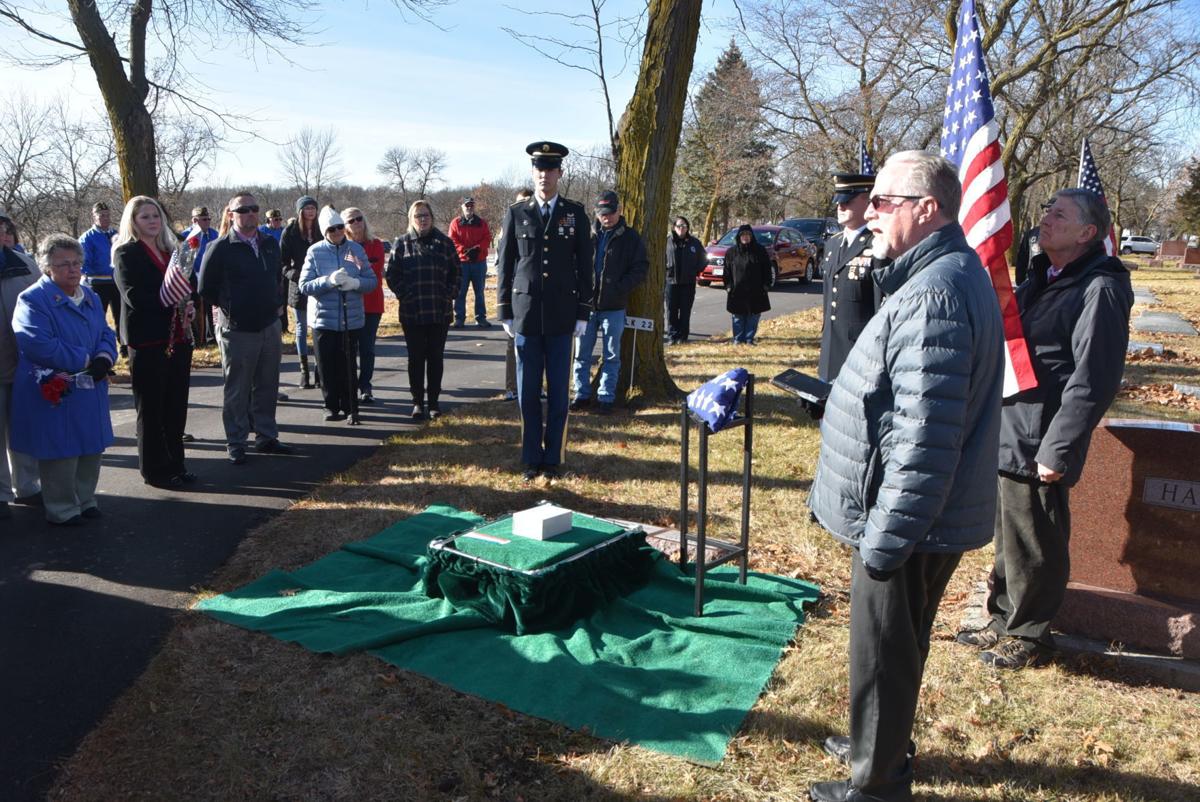 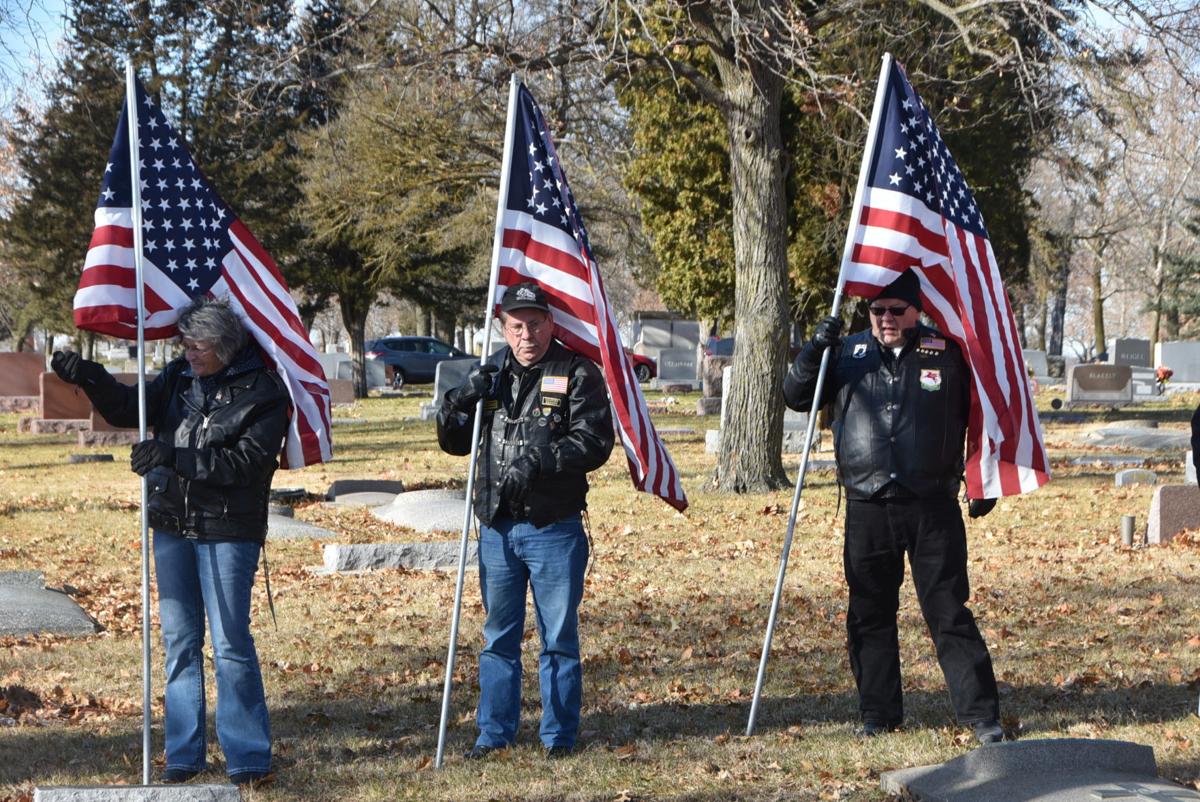 Flags are presented at a funeral service for Richard Giddings on Monday in Beatrice.

BEATRICE — When Richard Giddings died last month, he left behind no living relatives.

But that’s not to say the Korean War veteran had no family.

About 50 people attended a brief graveside service for the Firth resident at Evergreen Home Cemetery in Beatrice on Monday.

Many in attendance had never met Giddings and had no ties to the 86-year-old.

But the service men and women who traveled hundreds of miles for the funeral consider themselves family.

“Of course there’s family here,” said Nick Werman, who traveled from Seward for the service. “Every one of us is family. That’s what it’s all about.”

Lincoln war veteran didn't have relatives living in the area, but huge crowd turns out for his funeral

Like many in attendance, Werman, who was an Army combat engineer from 1999-2003, learned about the service after the Gage County Veterans Service Office reached out to area media and posted on Facebook, asking people to attend the service since Giddings had no recorded family.

"He was from Beatrice and when he was young he joined the military and served in Korea,” said Phil Dittbrenner, Gage County veterans services officer. “He had no family and when he passed, he wished to be buried back here in Beatrice at Evergreen. Usually you have somebody that takes care of stuff or family somewhere. This is the first one I’ve seen where there was no family at all.”

Matt Dunn traveled from Omaha for the service with others from the Nebraska Warriors group.

“It’s just good to support them,” Dunn said. “You didn’t know them, but they were there through all the same things veterans are there for.”

Rev. Mark Schutt of Centenary United Methodist Church recalled Giddings as an active member of the church who participated in the choir, and was known as a man who dressed well and was a caring son to his mother.

Soldier's remains back to Nebraska 66 years after his death

A Nebraska soldier's remains finally returned home Monday, more than 66 years after his death in a North Korean prisoner of war camp.

Amber Conroy and her husband, Matt, have always had a pick-up-and-go lifestyle.

BEATRICE -- One of Beatrice’s largest manufacturing companies is preparing for a major expansion early next year.

Duane Tappe is not a “flag-waver.” He is a U.S. Marine Corps veteran who is not impressed by U.S. flags attached to pickup trucks and Old Glor…

The Beatrice city attorney was suspended this week for an undisclosed personnel issue.

BEATRICE — The Beatrice city attorney resigned this week after being suspended for an undisclosed reason.

Becoming a member of Bikers Against Child Abuse isn't an easy task. It requires at least a year of background checks, attending meetings and going through training.

Flags are presented at a funeral service for Richard Giddings on Monday in Beatrice.