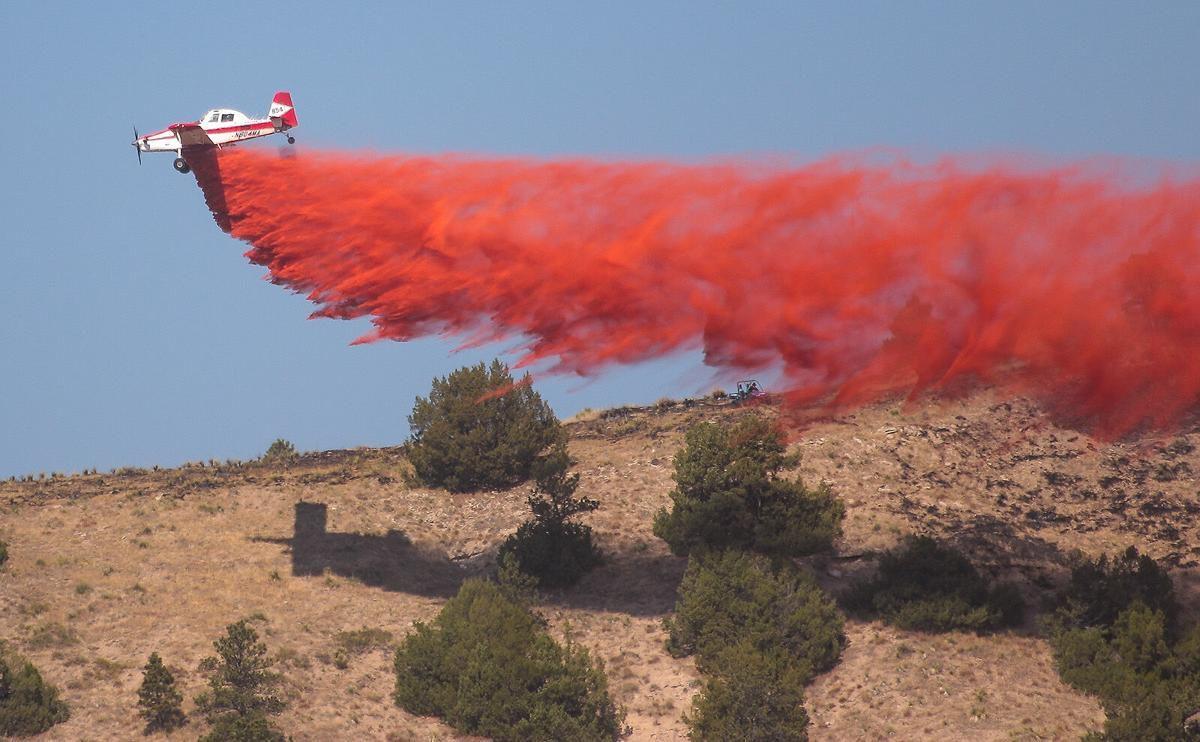 A single-engine air tanker drops fire retardant on a hill at the Vista Trend wildfire south of Gering on Friday. 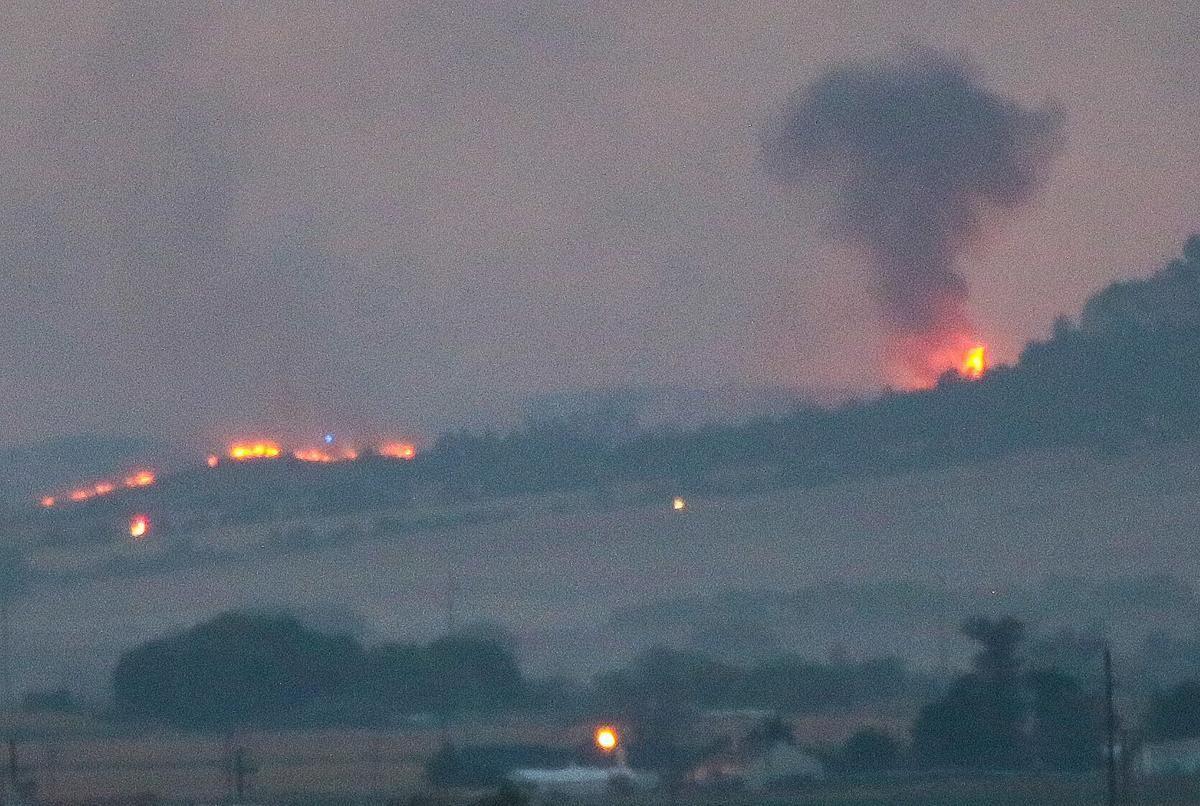 Crews from the Gering, Mitchell, Morrill, Lyman, Scottsbluff Rural and LaGrange fire departments responded to a fire near Gering. The fire was estimated at 3,600 acres but had been 80% contained by Friday evening.

Residents of 10 homes along Derringer Road several miles west of Gering were asked to evacuate Thursday night, but were allowed to return Friday evening. Several other roads in the area were also cordoned off.

A fire about five miles southwest of Crawford also prompted evacuations, according to the Nebraska Emergency Management Agency. That fire had grown to 1,000 acres as of Friday and was 0% contained.

Residents in an area four miles south of Crawford — within the area west of Nebraska 71, south of 4-mile Road, east of Deadman Road and north of West Belmont Road — were advised to leave their homes. Deputies with the Dawes County Sheriff's Office were notifying residents.

NEMA said in an update Friday that 30 structures were evacuated in the area. It noted crews are working to strengthen fire lines after overcoming difficulties because of shifting winds a day earlier.

The agency sent a team of six to Crawford to assist and the State Operations Center has been partially activated, assisting on both the Vista Trend Fire near Gering and the Post Fire near Crawford.

Officials said no structures have been lost and no injuries have been reported for either fire.

“Two simultaneous wildfires requiring similar resources necessitates the careful coordination of available assets,” said NEMA assistant director Bryan Tuma. “We are working with local, state and federal partners to minimize the impact these fires will have on western Nebraska.”

Temperatures in the region were expected to be in the 90s Saturday with winds up to 15 mph.

Western Nebraska fire near containment as it reaches fifth day

The US states most impacted by wildfires

U.S. States Most Impacted by Wildfires

New rocks suggest the moon once had a wild volcanic landscape

New rocks suggest the moon once had a wild volcanic landscape

The woman was left with welts on her back and legs, as well as cuts to her head required four staples. An X-ray of her hand showed a fracture, according to police.

Nebraska wildfires in September were turned back by team effort, neighbor helping neighbor

More than 450 people from local, state and federal agencies helped fight simultaneous fires near Crawford and Scottsbluff. Many more volunteered behind the scenes to keep firefighters fed and housed.

A single-engine air tanker drops fire retardant on a hill at the Vista Trend wildfire south of Gering on Friday. 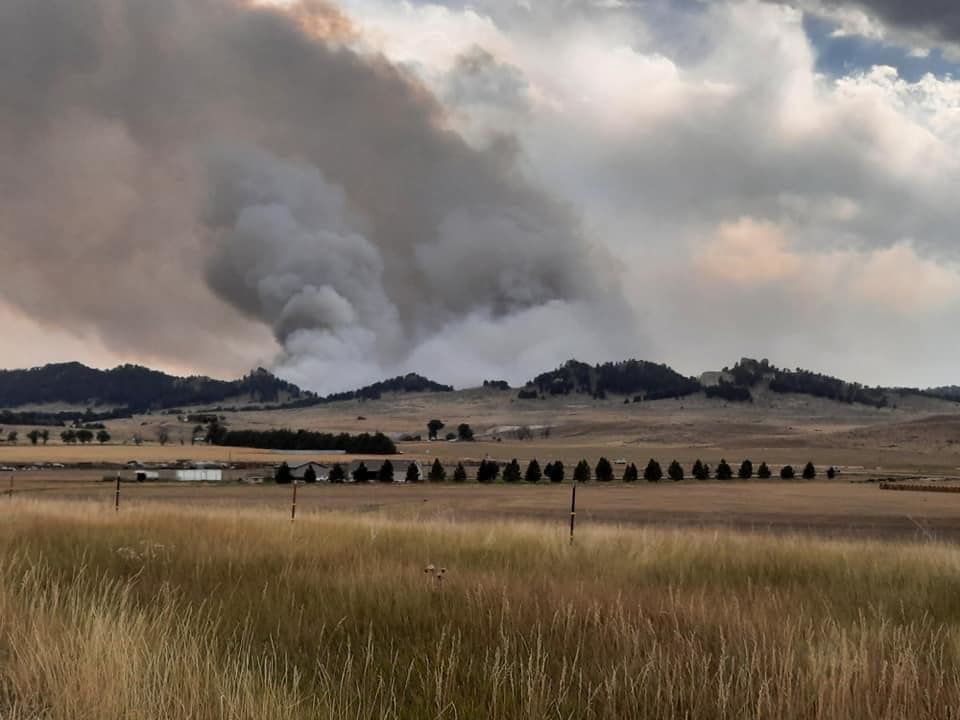 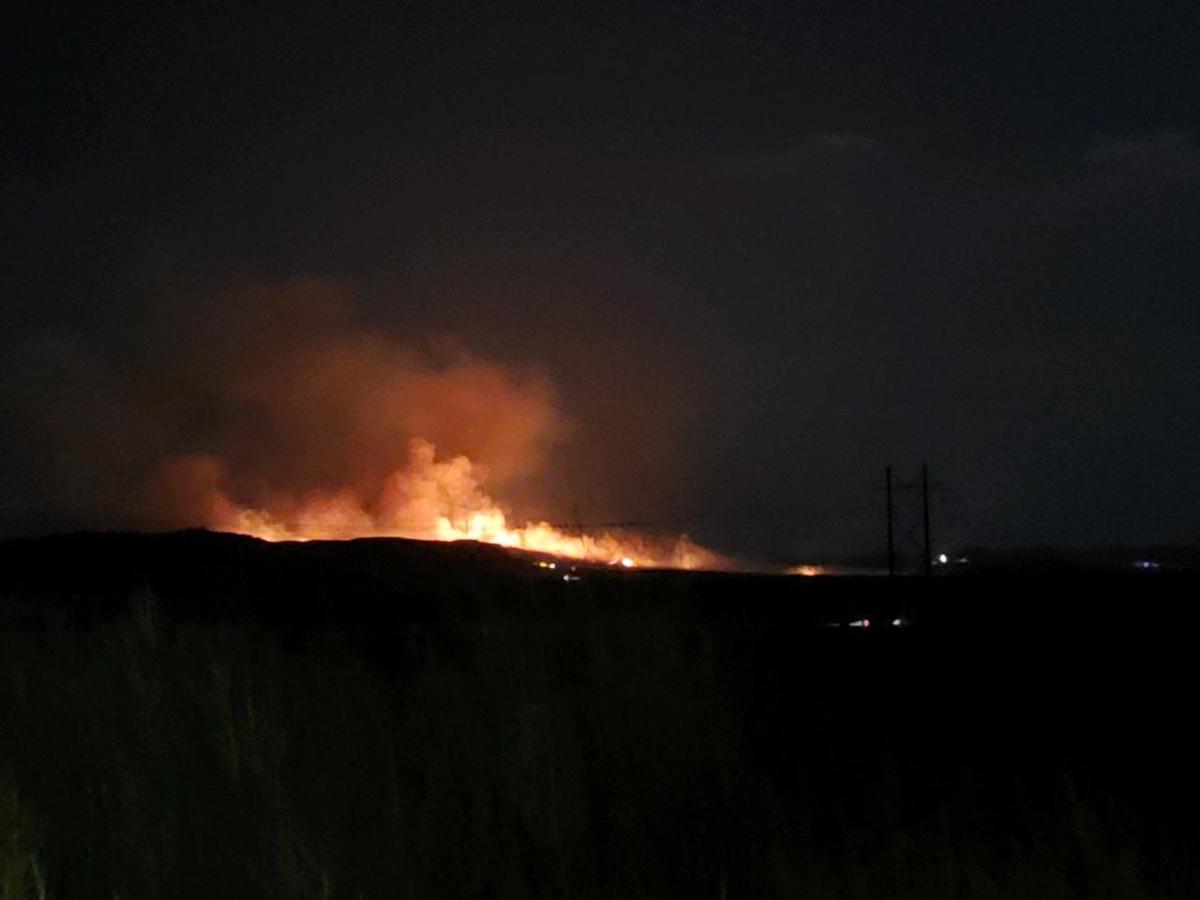 A wildfire burns south of Mitchell and Morrill on Thursday night.