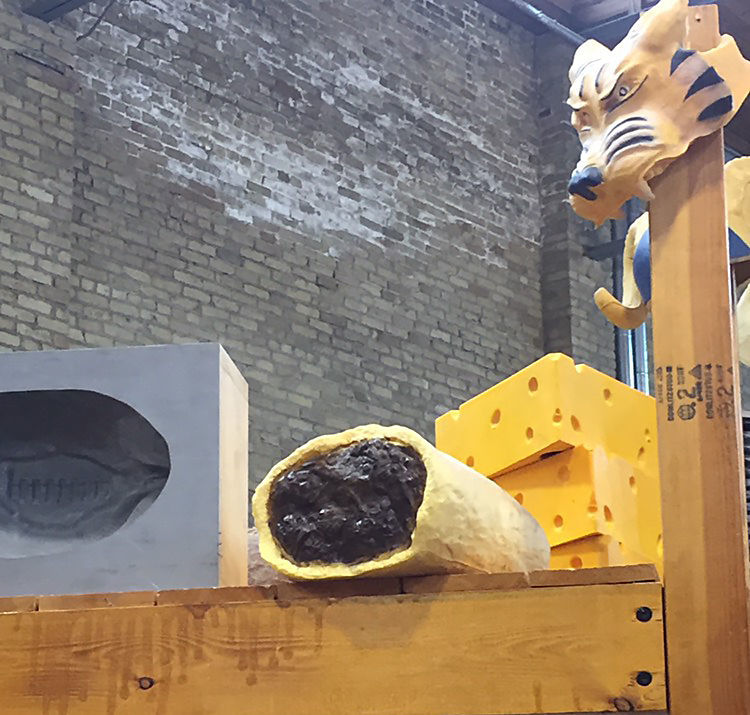 Foamation, the Milwaukee factory famous for its foam cheesehead hats, is designing a Runza hat for the Lincoln-based restaurant company. This photo was taken during a tour of the plant last year, but a Runza spokeswoman said because of design changes, any potential finished product would not look like the hat in the picture. 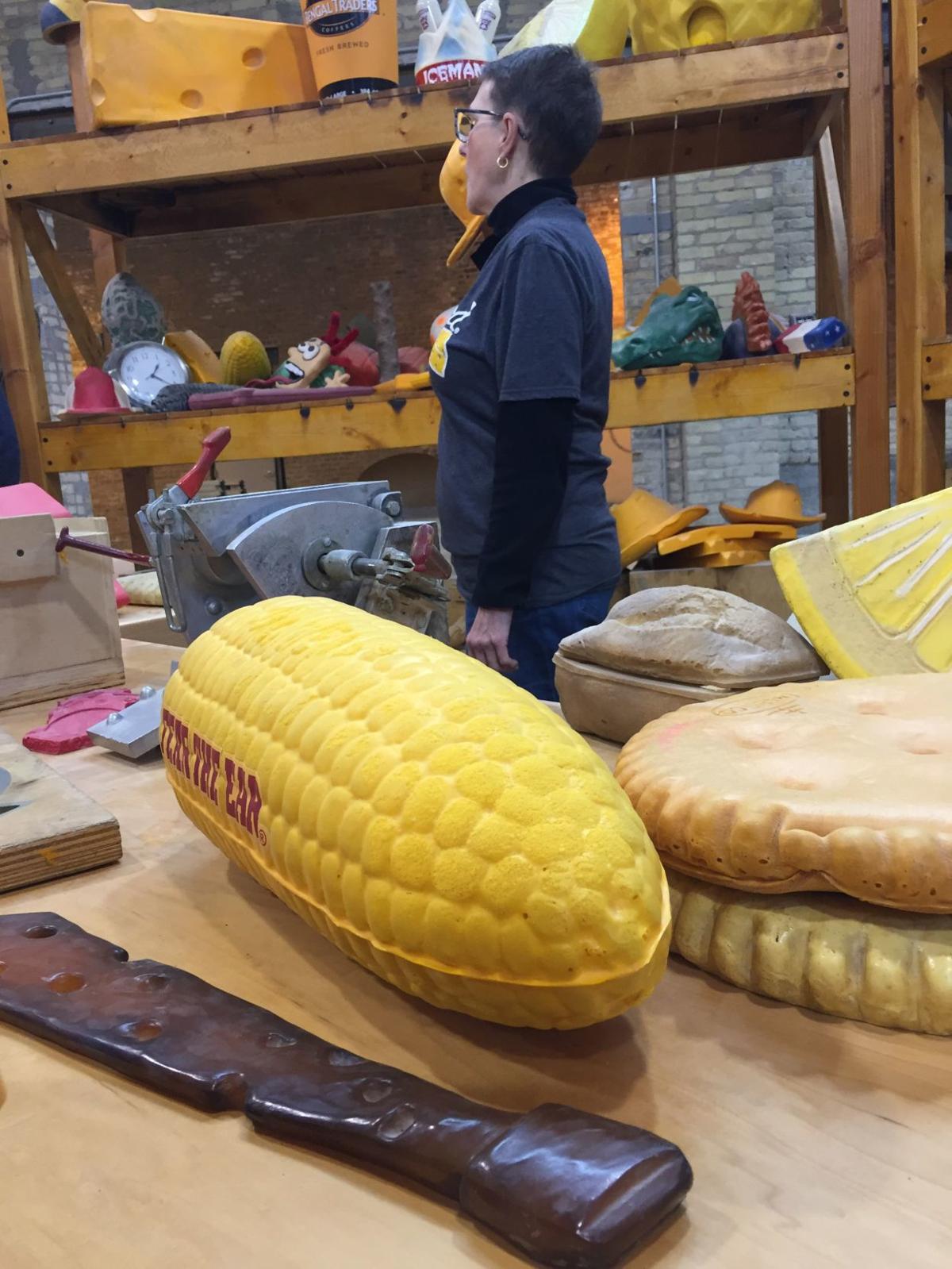 Christina Meyer and her family spotted a foam cornhead at Foamation first, and then saw the Runza prototype.

A feast of Runzas, shipped from Lincoln.

“It was quite popular,” Bruno said. “It feels like comfort food.”

Before that meal last year, he’d never heard of a Runza. That was his first taste of the sandwich (he “quite liked” it), his first look — and the critical first step in potentially turning it into a mass-produced, 10-by-20-inch piece of polyurethane headgear.

“We really need to see these things in person. It sounds like a way to get free food, but it really helps us out.”

Bruno started Foamation 32 years ago after making his first wedge-shaped cheesehead out of his mother’s couch cushion. They remain the backbone of Foamation, but the company now produces cheese crowns, cheese cowboy hats, cheese sombreros, cheese purses and other cheese accessories.

He knew the news about the Runza prototype might get out: 8,000 people toured his factory in 2019, and at least three were Nebraskan enough to know what they were looking at.

That would be Christina Mayer and her crew, who toured Foamation on Dec. 30. She and her husband had moved to Milwaukee from Lincoln so he could study law at Marquette, and they had family visiting for New Year's.

They were in a storage area showcasing the factory’s projects when they spotted a Fear the Ear foam cornhead, Mayer said. “And then I saw what I thought was a Runza up on a corner shelf. I asked, the tour guide confirmed that's what it was and that it was a prototype, and that was that.”

A Runza spokeswoman offered a little information: The company is working with Foamation on a potential future idea that, if produced, would be intended for the public — not Runza sellers at the stadium, Becky Perrett said.

Because of changes and retooling, any finished product wouldn't look like anything photographed last year, and Runza officials don't have firm expectations or a production timeline.

Bruno was reluctant to go into detail, but he did speak generally about the process. His workers started by using photos and advertisements — and their introduction to the sandwiches themselves — to create a design that would be clear from a distance. The Runza hats will be worn at football games, so they want them to be instantly recognizable from 25 feet.

“It’s not just as easy as replicating something in foam and saying, there you go,” he said.

The company is in the refinement phase now. Presenting prototypes to Runza, making the requested changes.

The state's 2020 travel guide incorporates the tone of the state’s viral tourism campaign, “Nebraska. Honestly, it’s not for everyone.”

Cindy Lange-Kubick: Memorial Stadium made of paper by a night owl Husker fan tired of TV

The Paper Stadiums Guy unveiled his paper stadium on Twitter on Monday.

A former Jack in the Box restaurant location in Longmont, Colorado, soon will be home to one of Nebraska's iconic restaurant chains.

Foamation, the Milwaukee factory famous for its foam cheesehead hats, is designing a Runza hat for the Lincoln-based restaurant company. This photo was taken during a tour of the plant last year, but a Runza spokeswoman said because of design changes, any potential finished product would not look like the hat in the picture.

Christina Meyer and her family spotted a foam cornhead at Foamation first, and then saw the Runza prototype.