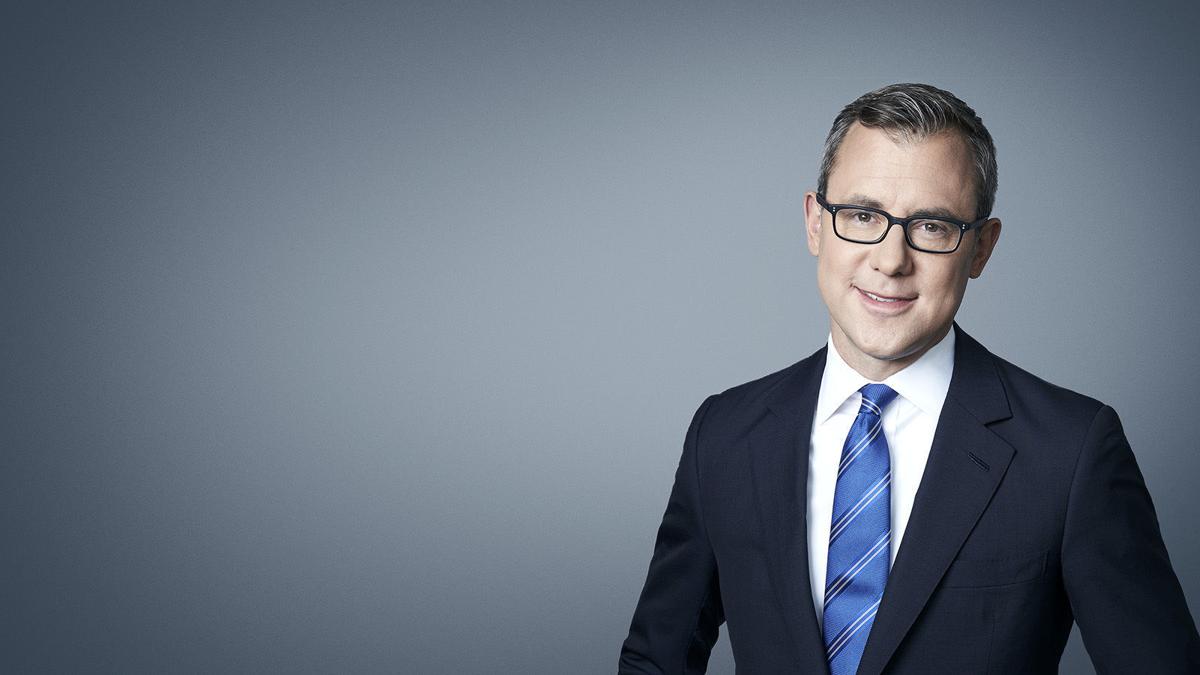 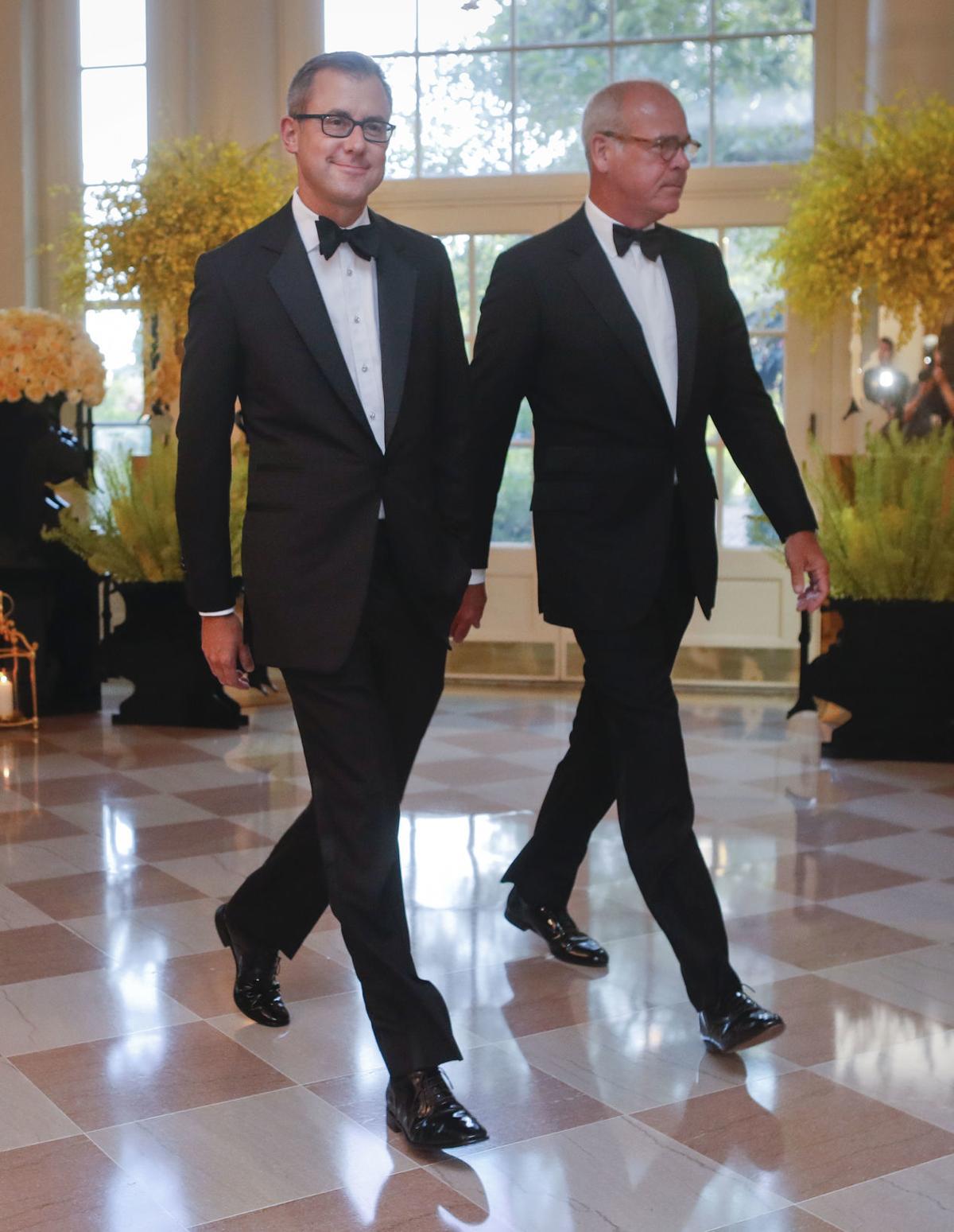 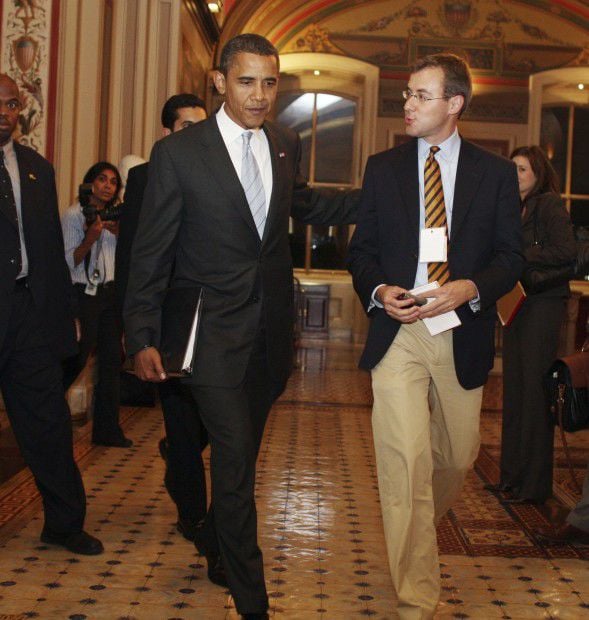 Back before Jeff Zeleny — Exeter native, stringer for the York News Times, editor of the Daily Nebraskan, reporter for the Des Moines Register, Chicago Tribune, New York Times —  went to work for CNN as its senior Washington correspondent, I’d occasionally get a phone call concerning his whereabouts.

Nephew Jeff is going to be on TV today, Judy Yeck would tell my voicemail, before sharing date, time and topic, pride in her voice.

I first met Aunt Judy when she worked in the UNL journalism school office back in the ‘90s.

I first met Nephew Jeff when he hired me as a columnist for the Daily Nebraskan in 1994. I was a 34-year-old mom of three who had trouble finding matching socks; he was a 21-year-old with a big game plan.

After we both graduated, Zeleny worked briefly at the Lincoln Journal Star, filling in for reporter Margaret Reist while she was on maternity leave, before his talent took him up and away.

But he’d always circle back to Nebraska, visiting friends and editors and family, taking in a Husker game, speaking at chamber luncheons and university commencements.

And Friday night, he’ll be back again, a Pulitzer Prize winner honored (and roasted) by the Omaha Press Club as its newest Face on the Barroom Floor.

“I guess they ran out of other options,” Zeleny said Tuesday morning, before things got (quite) busy back in Washington.

When we talked, Zeleny had just returned from a weekend trip to Italy for the wedding of friends and was at his desk in the CNN newsroom.

He’d been granting interviews (according to Aunt Judy) to papers in Friend and Geneva, Crete and Omaha.

He was the same Jeff Zeleny I remembered.

Gracious and poised and on-point.

“I was just very lucky that I always knew what I wanted to be.”

It was curiosity, the 46-year-old said. And later, the satisfaction of holding officials to account, having a ringside seat.

Covering presidential campaigns (six so far) is in his blood. “Every four years, it teaches you about the place the country is … it’s kind of history in the making.”

His work takes him all over the country (and sometimes the world). He likes taking a long-lens look, talking to voters, circling back to undecided voters as campaigns progress. (He calls them pen pals. “I love following their thought process.”)

He writes long stories for online and shorter stories for TV. He tweets when the occasion calls for it. (Tuesday, the impeachment inquiry news called for it.)

He has an opinion about Donald Trump’s attacks on his profession.

“One of the things that has been incredibly dangerous is that this president has said the media is the enemy of the people,” Zeleny said. “I don’t think he believes that, actually, but some of his supporters do.”

Zeleny called this an important time for democracy.

And a pivotal time for the Republic. “It’s more important than ever for people to stay informed and fight the feeling to shut down.”

He remains hopeful citizens will remain engaged and “come out and vote in 2020.”

And he still loves his work.

The reporter standing in front of the White House — or striding down a U.S. Capitol hallway, quizzing freshman senator and presidential candidate Barack Obama — overcame a childhood speech problem.

“I had a big stutter. When I was a little kid, 5 or 6, I spent a lot of time in the Barkley Center” (a speech-language and hearing clinic at UNL).

Mastering his stuttering was a process, he said, and the reporter has a supply of techniques and devices he uses when needed. And he’s not shy about sharing. (“I’ve met several stutterers,” Zeleny said. “Joe Biden is one of them.”)

That tongue-twisting journey might have kept Zeleny from pursuing a career in broadcasting initially, but his dreams always followed the same reporting path.

On the farm where he grew up in Fillmore County, his folks — Diane and Robert — subscribed to newspapers and magazines such as Time and Newsweek. They watched Walter Cronkite for their national news and Mel Mains back in Lincoln for the local scoop.

The family patriarch, who died in a tractor rollover accident in 2002, kept the newspaper in his pickup, reading it cover to cover.

On a visit to Aunt Judy’s in Lincoln — which she referred to as “Nephew Conventions” — the future reporter and his older brothers, Jim and Mike, took a tour of 10/11 News.

Yeck talked to her nephew this week about the publicity in advance of his visit.

But the hullabaloo will go on regardless. ESPN’s Paula Lavigne will emcee Zeleny’s roast in Omaha, a former college classmate she called “prolific yet humble,” on Twitter this week.

Those skewering the honoree Friday include brother Mike Zeleny, chief of staff and associate to the chancellor at UNL; Joe Starita, UNL professor and author; and Allen Beermann, Nebraska Press Association executive director.

Mom Diane Zeleny will be on the 22nd floor of the First National Center to watch, and so will Aunt Judy, of course.

Most of his family plans to attend, said Zeleny, who will stick around for Saturday’s Big Red football game against Ohio State.

But not everyone, and that’s OK.

“There’s high school football and a bunch of other things going on.”

CNN's Zeleny: 'Who would have thought we would keep such a close eye on Twitter?'

A visitor to Exeter, a town of nearly 600 on U.S. 6 in Southeast Nebraska, won't see a billboard touting a famous native son, but that could change.

Cindy Lange-Kubick: Semi-loads of candles from a Lincoln garage to front porches everywhere

Four candidates to become the University of Nebraska-Lincoln's No. 2 administrator will begin campus interviews this week.

In the last big hurrah of its 150th anniversary celebration, the University of Nebraska-Lincoln is adding some modern twists to its homecoming…

Holding up a boombox at a Lincoln wedding, a nod to love and John Cusack

Nikki Suesz was having trouble coming up with the perfect song to end her wedding ceremony.

Cindy Lange-Kubick: The enduring friendship of Forrest and Jay

They sit for a portrait, a pair of retired ministers on a paisley couch.

Cindy Lange-Kubick: Walking to help the hungry for 45 years and counting

That first year, they took turns carrying the baby on their backs for 10 miles.

Cindy Lange-Kubick: 'After so many years of trauma and tragedy we could finally actually breathe'

The Lincoln mom had 20 minutes to share her family’s story. 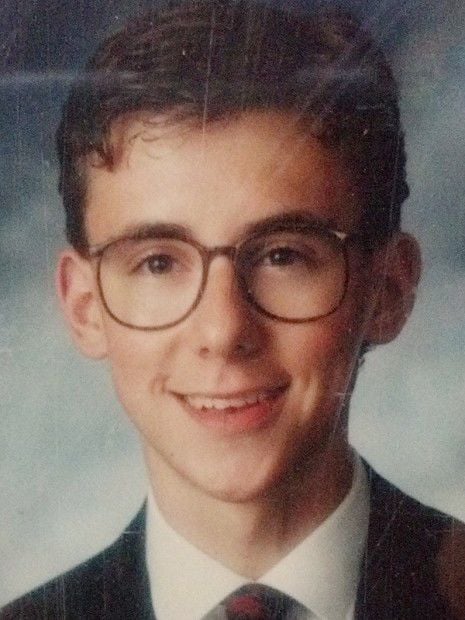