"It will not be easy, no," said 60-year-old David Moore of Lincoln. "But Dean wants me there, so I have little choice. Sometimes none of us have a choice in things. Swing with the punches and come up kicking."

David Moore always has called his brother Dean, even after others started calling him Carey. There's nothing he wouldn't do for him, he said. Same as a lot of brothers. Maybe even more so with twins.

And 34 years ago, David Moore showed how far he would go when he swapped places with his brother and put himself on death row in a spur-of-the-moment escape attempt so that his brother might get to breathe fresh air again.

It took several hours before Carey Dean Moore reported to his brother's job in the prison kitchen and the supervisor noticed it wasn't David.

"Back then we were both animals. We weren't fit to be allowed in society, I guess."

They were 26 then. David Moore was serving four to six years for burglary. Carey Dean Moore was on death row for the murders of two Omaha cab drivers, Reuel Van Ness Jr. and Maynard Helgeland.

"Back then we were both animals. We weren't fit to be allowed in society, I guess," David Moore said.

"I was shocked and yet I wasn't shocked," David Moore recently told the Journal Star. "We both had a sensation that there was something or somebody coming after us. Me? I took off. But Dean decided to stay around, and he ended up serving a lot more time."

They had a pretty rough childhood in north Omaha, he said. They were two of 11 siblings. There never was enough money. Lots of times they sat down to the table and had nothing to eat. If they stole food, they'd get a spanking from Mom and a beating from Dad.

They did what they had to to survive, David Moore said.

Back in those days, it seemed like everyone was against them, they just didn't know why, he said.

"It was get them before they can get you," David Moore said. "Unfortunately, we didn't learn to respect people before something really bad happened."

On Aug. 20, 1979, Carey Dean Moore bought a gun for $50 from a driver who shared a Happy Cab with Moore's mother. Two days later, he called for a cab from a telephone booth at the Smoke Pit, planning to rob and shoot the driver. He hid nearby to see if the driver was old enough, telling police later it would be harder to shoot someone around his own age, 21.

David Moore said his brother told him when he pointed the gun at Van Ness, the driver reached into the back seat. They were playing a kind of deadly tug-of-war with the pistol when it went off.

Four days later, Carey Dean Moore went to see if he could do it again, alone this time.

He called a cab to the Greyhound bus depot and asked Helgeland for a ride to the Benson area. Helgeland was found dead in his cab the next morning.

Every day since, David Moore said, his brother has wished he could take it back.

There were delays by attorneys and the court, some that came in his own case, some prompted by other death-row cases. There were challenges over whether the aggravating factor known as "exceptional depravity" that made his case eligible for capital punishment was unconstitutionally vague, and whether electrocution was cruel and unusual punishment.

There were stays and resentencings.

In a recent email to the Journal Star from the Tecumseh State Correctional Institution, Carey Dean Moore said June 20 marked his 38th year on death row.

It's among the longest anyone has been on death row in the country.

"And in August it will be 39 yrs since I convinced my 14 yr old brother to go with me only to rob a man who drove a Omaha cab, almost 39 yrs. Are you people listening to me?!" he wrote.

Carey Dean Moore said the American Civil Liberties Union and his attorney at the Nebraska Commission on Public Advocacy would like to fight the execution on his behalf.

"But most certainly I do not (want that)," Moore said. "If they would file a motion for my brother, Donald, to get him off parole, which he has been on since forever, it seems like, that would be perfect for me."

Donald Moore got 10 years to life for second-degree murder. He was released from prison 10 years ago, but he could be on parole forever.

A week after the email, Carey Dean Moore learned his newest execution date.

Carey Dean Moore marveled at how God is able to work in the hearts of people forced to grapple with pain and anger, "all because of what one man (me) had done — murdering two men. I am so sorry for what I had done to these families, even more than anyone can imagine."

Asked to respond, the man who found religion inside the prison walls said he marveled at how God is able to work in the hearts of people forced to grapple with pain and anger, "all because of what one man (me) had done — murdering two men. I am so sorry for what I had done to these families, even more than anyone can imagine."

He said he's thankful for God's forgiveness for his actions and sins, and prays his victims' families will forgive him.

"It is easy to cause hurt, but it takes great strength to forgive," he said.

David Moore is a couple years from retiring from Farmland, a job he's had for 26 years. He heard about his twin brother's August execution date from his daughter, but he didn't really consider it to be true until his brother told him during a visit.

"If this happens it's a relief," he said. "Dean has almost been executed six or seven times and each time you start preparing yourself for it."

So do the families. Both Moore's and the victims'. It must be tough on them, David Moore said.

His brother wants the state to go through with it this time.

"He would just like to die," David Moore said.

Carey Dean Moore admitted his guilt a long time ago, stopped his appeals, even tried to fire his lawyers.

"There's got to be a time to say stop," David Moore said. "I just hope they finally do it, stop messing around and pull the switch, give him a couple of shots or whatever. Do it instead of talking and talking about it."

Meghan reveals she had suicidal thoughts

Church and state have collided during death penalty debate in Nebraska

As Nebraska hurtles toward a solemn moment it has not experienced in 21 years, its public officials — and citizens — confront what may be tens…

More drugmakers object to use of products in Nebraska execution

Death-row inmate Carey Dean Moore will be executed at 10 a.m. Aug. 14 at the Nebraska State Penitentiary in Lincoln, the Nebraska Department o…

Lincoln police are looking for a man who exposed himself to another man while wielding a sword early Saturday morning.

A 50-year-old man was arrested early Tuesday after police suspect he took $764 in alcohol and cigarettes from a Lincoln gas station, a departm…

The earth shifted a bit in Nebraska on Tuesday morning when it became not just a state with a death penalty, but one that has resumed capital …

'I don’t think killing a killer brings any kind of peace to anyone': Small group protests execution

If potential jurors seemed a little confused during jury selection in Timothy Clausen's trial, no one could blame them. 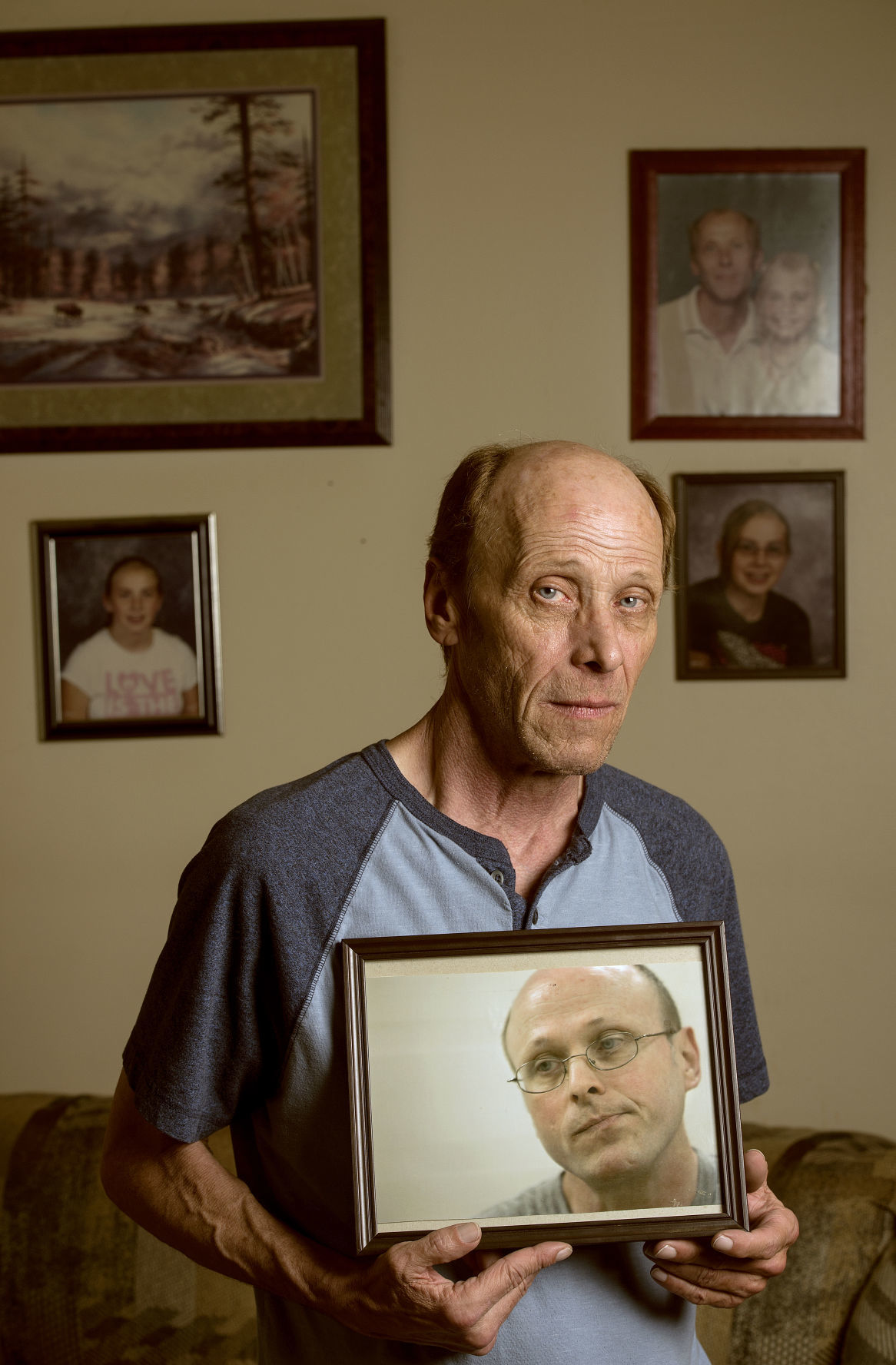 David Moore holds a photo of his brother, Carey Dean Moore, that was taken during an interview in prison by a news photographer. David Moore said he has always wondered what question had been asked of his brother before the picture was taken. 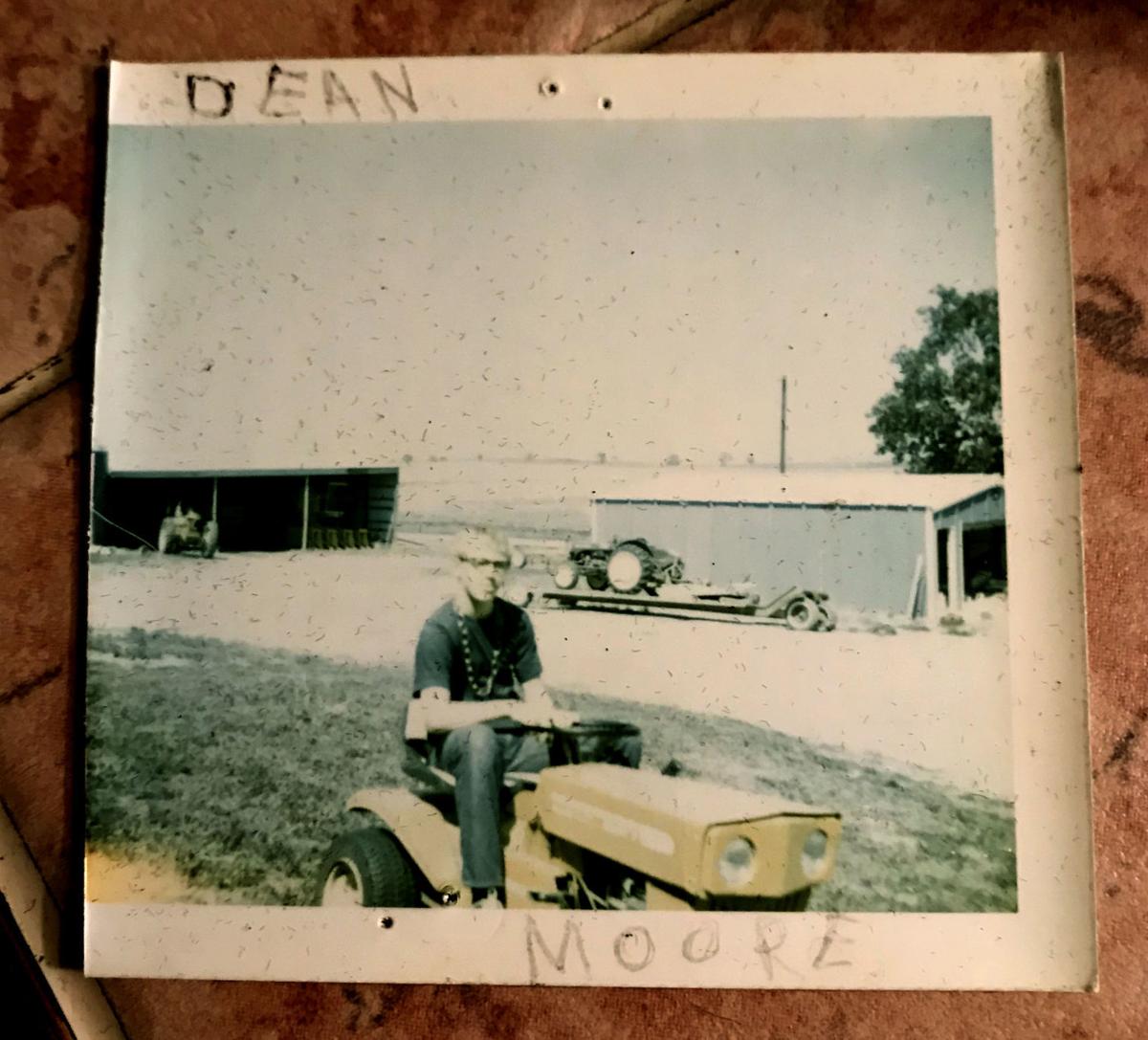 This photo, taken near the time of the murders of Reuel Van Ness Jr. and Maynard Helgeland, is one of the few that David Moore has of his brother Carey Dean Moore.