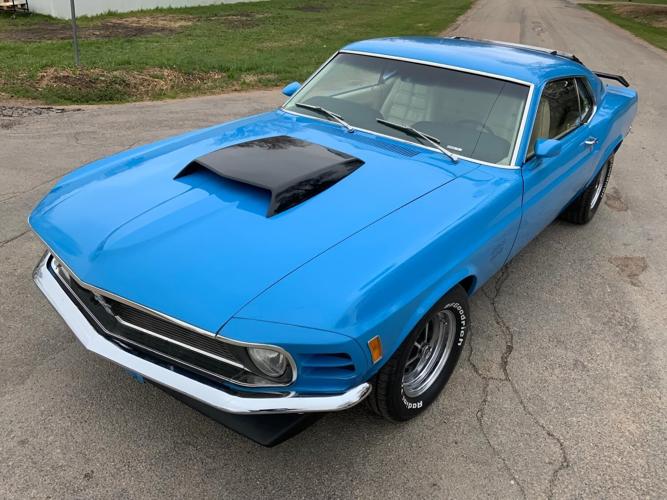 Butch Sibenaler didn't drive his best cars often, but when he did, he preferred his 1957 Bel Air pro street, his brother said. 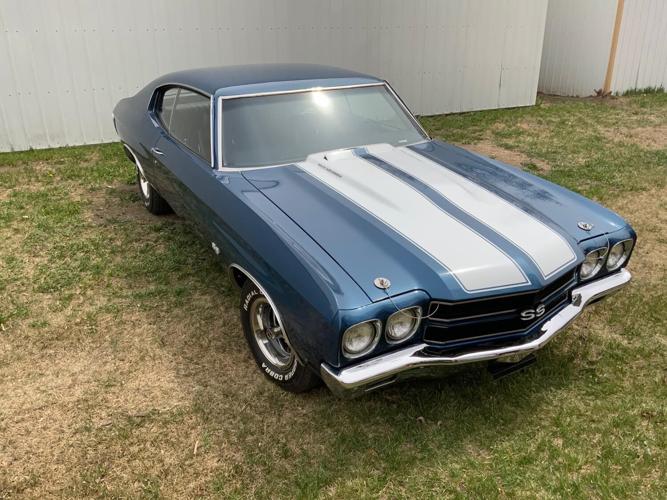 By Tuesday, bidding for Butch Sibenaler's 1970 Chevelle SS LS6 had topped $80,000, second only to the Mustang. 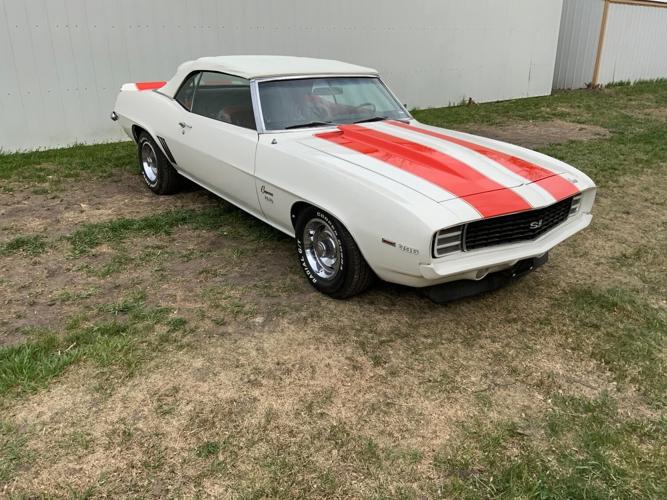 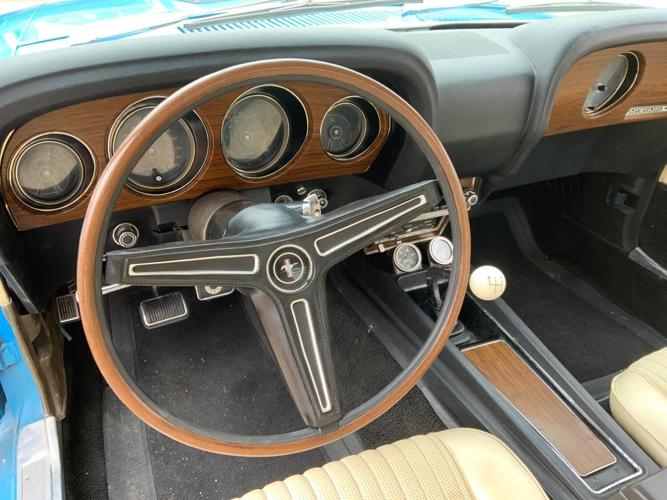 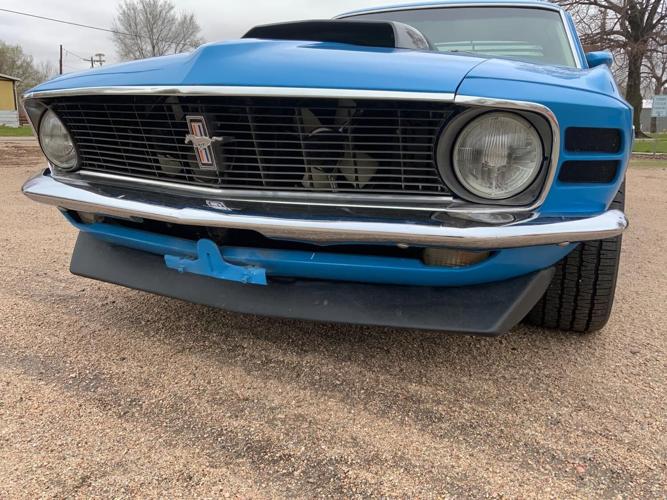 The 1970 Boss 429 Mustang was collecting more than dust during the decades it sat parked in a shed on the outskirts of Sumner.

It was gathering value, too.

So were some of the other classic and rare muscle cars Butch Siebenaler had squirreled away during his lifetime of fixing, buying, selling and swapping horsepower.

When he died last summer, the 67-year-old left more than 300 autos — many of them projects or parts cars, almost all built between 1920 and 1970 — sitting outside on his property along Nebraska 40 in northeast Dawson County.

But he’d built a pair of sheds to hold his treasures. The Boss 429, one of the rarest Mustangs built. Seven early Camaros. Two Impalas from the ’60s. Two Bel Airs from the ’50s. Two El Caminos. A Chevelle, Torino and a Cyclone.

A collection worth nearly $1 million to the hundreds of potential buyers from 45 states bidding this week in the online auction of Siebenaler’s cars.

“A lot of the muscle cars he bought, he kept,” said his brother, Steve Siebenaler. “And some of them got kind of rare.”

The brothers were born into a car family. Their father ran a salvage yard near Valley before the family moved to central Nebraska.

Butch Siebenaler started a repair shop when he was 17, and then a salvage yard of his own, and then a career of trafficking in old American cars and car parts.

The King of Muscle Cars, his family called him.

“He knew his stuff,” his brother said. “He could go to a swap meet and he could look at a carburetor or an exhaust manifold or a set of headers, he could look at the numbers and tell you exactly what it fit. He was a walking encyclopedia.”

Butch Siebenaler built a customer base around the country, and the world. His brother remembered loyal customers from Sweden, who would fly to Nebraska, buy flathead and Hemi motors and whole cars, and send them home across the Atlantic in shipping containers.

A heart attack took him in August. He was inspecting Dodge and Plymouth parts at a garage sale near Kearney, talking to the seller, when he collapsed, his brother said. He didn’t have any immediate family; he’d married in 1980 but lost his wife in 1998, and they didn’t have children.

So it was Steve Siebenaler’s job to handle his brother’s estate — and its hundreds of old cars. He’s already sold about 100 on his own, but he hired BigIron Auctions to help with the 17 most valuable muscle cars.

But they cleaned up, with soap, water, wax and elbow grease. And they started up, too, with new batteries, fresh gas and clean carbs. All of them show relatively few miles on their odometers; none has more than 100,000.

“He didn’t drive them. They got parked,” Cope said. “They were like family to him.”

In the collection of mostly desirable Chevy muscle cars — the ’70 El Camino SS LS6 is one of just 500 produced, for example — the 375-horsepower Mustang stood out.

Their prices have doubled — and in some cases, tripled — in the past decade, said Stephen Becker of Atlanta, a former business partner of legendary Mustang builder Carroll Shelby.

“We have watched these cars become pieces of art, relics to be revered,” he said. “People take money out of their 401ks because they’re losing money, and they put it in a muscle car.”

And that’s good for Becker’s business. He travels the country, and the world, 80 to 100 times a year, finding and assessing high-value muscle cars for his clients — rock stars, movie stars, anyone with enough money to make an investment.

He made his first trip to Nebraska last weekend, when BigIron Auctions put Butch Siebenaler’s cars on display at an open house in Kearney.

Becker examined the Boss 429 for a client, though he declined to reveal what he thought it was worth; he’s under contract with a client, he said, and didn’t want to give anything away.

The open house drew a crowd, said Cope of BigIron. He estimated 500 potential buyers inspected the cars, including visitors from several states.

Steve Siebenaler didn’t know much about his brother’s Mustang. He thinks he bought it 25 to 30 years ago, and he thinks he found it in Lincoln.

“And I knew it was rare. But I didn’t think it would bring that much.”

PhotoFiles: Racing into Lincoln's past

Off to the races

Racing at the State Fair

Stored for decades near Sumner, rare Mustang sells for $442,000

The 17 muscle cars sold for a total of more than $1 million Thursday.

Butch Sibenaler didn't drive his best cars often, but when he did, he preferred his 1957 Bel Air pro street, his brother said.

By Tuesday, bidding for Butch Sibenaler's 1970 Chevelle SS LS6 had topped $80,000, second only to the Mustang. 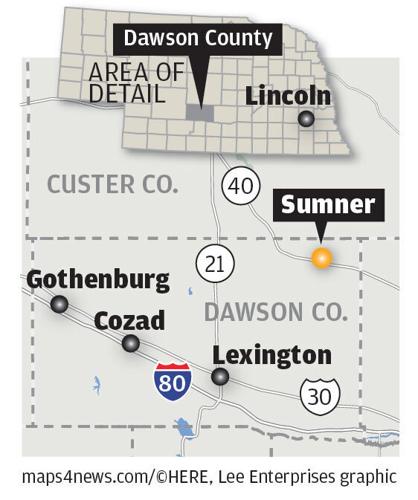