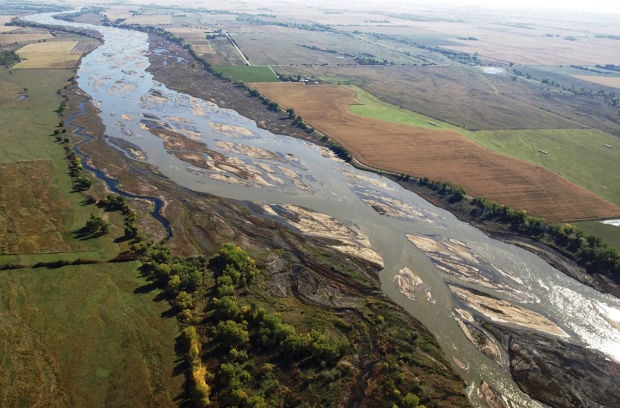 Audubon has expanded its protection of one of the most important habitat complexes for migrating Sandhill and whooping cranes through the purchase of about 590 acres on the Platte River in the center of the Rowe Bird Sanctuary, established in 1974 to protect habitat for migrating cranes, waterfowl and birds. 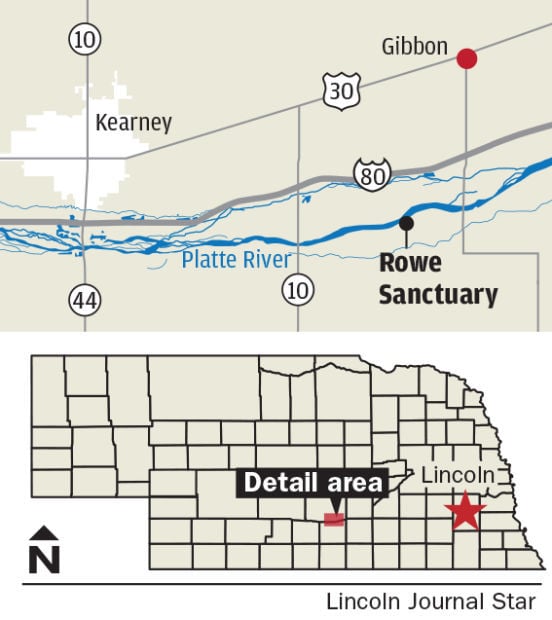 Sandhill and endangered whooping cranes will have more land to stop and rest on during long migrations thanks to a recent land purchase along the Platte River in central Nebraska.

Audubon Nebraska announced Wednesday that it has acquired about 590 acres along the river at its Lillian Annette Rowe Bird Sanctuary near Gibbon.

"The central location of this property near the middle of a critical habitat complex makes it a key component of Platte River conservation needs. Now, four and a half miles of contiguous habitat on both sides of the river will be protected," said Bill Taddicken, director at the Iain Nicolson Audubon Center at the sanctuary.

The sanctuary was established in 1974 to protect habitat for migrating cranes, waterfowl and birds on the Platte River. Thousands of visitors stop there every spring to learn more about the migration of more than half a million cranes through Nebraska.

Audubon bought the property at appraised value, according to its organizational policies, and will continue to pay property taxes, Taddicken said.

Marian Langan, executive director of Audubon Nebraska, said the organization bought the land from the Pierce family, who live in the Gibbon area, for $2.4 million. She said Audubon has had a relationship with the family for more than 30 years.

"They just finally decided to sell it. They didn't put it on the market because of the relationship with us," Langan said. "It took us three years to raise that money. It was a real challenge."

The purchase brings the total acres protected at the sanctuary to just over 2,800. Audubon plans to restore wetlands on the acquired acres and increase grassland diversity through prescribed grazing, burning and other management practices. Invasive tree and plant species also will be removed.

Langan noted that the land acquisition comes on the 40th anniversary of the sanctuary.

"(It) is an incredible way to celebrate 40 years of people working together on the Platte River."

In a related matter, Langan said Audubon added 47 acres late last year to Spring Creek Prairie south of Denton in Lancaster County. The land is just south of Bennet Road and is made up of native prairie. The acquisition brings the total acres of Spring Creek Prairie Audubon Center to about 850.

A small flock of sandhill cranes arrived on the Platte River last weekend, signaling the start of one of the world's greatest wildlife spectac…

Audubon’s Rowe Sanctuary is celebrating its 40th anniversary this year of conserving the Platte River and the sandhill crane migration. The sa…

Cranes have something to dance about this spring

Audubon has expanded its protection of one of the most important habitat complexes for migrating Sandhill and whooping cranes through the purchase of about 590 acres on the Platte River in the center of the Rowe Bird Sanctuary, established in 1974 to protect habitat for migrating cranes, waterfowl and birds.