AXTELL — There is no term limit for Nebraska Farm Bureau presidents.

But when Axtell farmer Steve Nelson hands off the gavel Dec. 8 at the organization’s annual convention in Kearney, he’ll follow his predecessor Keith Olsen of Grant in stepping down after nine years.

“In some ways, it feels like yesterday when I became president,” Nelson said, adding that he’s served on the state board for more than 20 years. “That’s probably more than enough.”

Current Vice President Mark McHargue of Central City is the candidate as the next president.

“I think it’s important that when a Farm Bureau president retires he allows the elected leaders to do their thing,” Nelson said about his next role. “Certainly, I’ll continue to be a huge supporter of Farm Bureau ... and continue to mentor young farmers and ranchers, and encourage them to get involved.”

Nelson also plans to support Nebraska Farm Bureau Foundation projects that include Ag in the Classroom, scholarships and incentives for ag teachers/FFA advisers.

“I’m still a full-time farmer, but I can’t work as hard as I used to,” he said with a smile.

He’s looking forward to having more time to spend with his wife, Elma; children Scott and Stacy; and their families, including four grandchildren ages 1-6.

Nelson said he has no specific travel plans — he’s traveled the world on trade missions promoting Nebraska agriculture — and he doesn’t plan to seek public office.

Although his parents were involved in community organizations, primarily church and the local ag co-op board, Nelson didn’t grow up in a Farm Bureau family.

He attended the Kearney County Fair in the summer of 1977 after returning home from college to farm and stopped by the Farm Bureau booth. It was staffed by family friend Calvin Soderquist, who convinced Nelson to join Kearney County Farm Bureau — now a joint organization of Kearney and Franklin counties.

Soon, Nelson was serving on the county Farm Bureau board.

Twenty years later, he was elected to the state board for the first time. “I had no thoughts beyond that,” he said.

In 2002, the late Bryce Neidig of Madison retired after 21 years as president, Olsen began his nine years as Nebraska Farm Bureau president and Nelson was elected vice president.

Nelson has led the state’s largest farm organization as president since 2011.

“I had started to think about the possibilities of being president (while vice president),” he said. “One of the major considerations is ‘do you have someone at home to run the farm business?’”

That’s because the president must be a full-time farmer or rancher, while also committing more than 200 days a year to Farm Bureau business and activities.

“There’s no way anyone can do this without the support of your family ... It’s inevitable that you’ll be apart from each other quite a bit,” Nelson said, even though Elma has traveled with him at times.

His focus was farming during spring planting and fall harvest seasons, but that work sometimes was interrupted by Farm Bureau meetings or packing for trade missions.

“I always wanted to farm. I love farming. My son and I enjoy working together. This has always been the plan,” Nelson said.

Just as his family was vital to keep the farm going, he said his Farm Bureau work the past nine years has been a team effort involving the Lincoln office staff, the board and members across Nebraska.

So what was a highlight?

“The most important part was to support trade and go on trade missions with the governor and Nebraska Department of Agriculture to promote all of the things grown on Nebraska farms and ranches,” Nelson replied. “I’ve traveled all around the world. Dozens (of places) is a good way to say it.”

His trade message at home always includes that 95% of the world’s population lives outside the United States and Nebraskans produce much more grain and meat than can be used at home. “We export about one-third of everything we grow and raise in this state,” Nelson said.

Recent years have been tough for Nelson, as a farmer and Farm Bureau president.

“Almost all of the low points rolled into some high points,” he said. “The best example is the bomb cyclone in 2019 when we saw flooding in almost every basin in Nebraska and at record levels. This was something we’d never seen before in Nebraska.”

The speed and scope of the damage “certainly was a blow to farmers, ranchers and people living in small communities.”

Nelson was in Washington, D.C., on the bomb cyclone day, March 13, 2019, meeting with federal agency officials and Nebraska’s congressional delegation. “Different ones were starting to get calls about what was happening in Nebraska. The first stories were hard to believe,” he said.

He called the Nebraska Farm Bureau office to see what could be done, knowing that immediate help after natural disasters often goes to highly populated areas, not rural America.

“I did over 100 (media) interviews from Nebraska and the United States, and even a few from around the world,” Nelson said. “The ability to tell that story was probably a time when I felt about as useful as I ever felt as president.”

Nelson reflects on his time with the Farm Bureau, “It has been a great opportunity for me to speak on behalf of farmers and ranchers in all kinds of ways ... and on behalf of the industry I love so much.”

“It’s an industry that’s so important. We provide food for people,” he continued.

“Yes, it’s a business and you have to be profitable, but it is a higher calling to be a farmer or rancher.”

More than 100 friends and loved ones lined the halls of Immanuel Medical Center to bid farewell to the nurse.

'It was almost like we were saying goodbye': Sonic workers ate together before shooting

The night before a gunman shot four Sonic Drive-In workers, killing two of them, the workers and three friends ate what turned out to be a last meal together.

Those of a certain age will forever remember Danny Joe Eberle and Christopher Walden, and now a memorial will represent Sarpy County's commitment to seeking justice for crime victims, the Sheriff's Office said Monday.

The tribe plans to use land from the Nature Conservancy of Nebraska to establish just the second such “tribal national park” in the country. It will be located just southeast of Rulo on the Nebraska-Kansas border.

The question might be which cities in Nebraska don't say people have to wear a mask after Columbus, Grand Island, Hastings, La Vista, Wahoo, Gretna, York and Ralston passed mandates.

COVID-19 deaths aren't just numbers. An Omaha family moves on without their 'glue'

The Vint family is among thousands heading into their first holiday season without loved ones lost to the disease caused by the novel coronavirus. Tom Vint worked for the Journal Star as a sports writer before joining the Associated Press.

Rick Dubas was clearing cattle pens with a gas-powered, backpack-style leaf blower on Aug. 30, 2019, on State Fair grounds when a Bobcat loader reversed and drove over his left leg, according to the lawsuit.

Owners of the Omaha-area Sonic franchise will cover funeral and out-of-pocket hospital expenses of four workers who were shot Saturday night at the Bellevue Sonic Drive-in.

Jim McFarland was a walk-on for the Huskers as a tight end and became a starter in the 1968 and 1969 seasons.

Brady Myers, 13, and his brother, Max, 7, both of Palmer, fashioned the hugging wall out of PVC pipe and a shower curtain. They then put on breeder sleeve gloves to hug their grandparents through holes in the shower curtain. 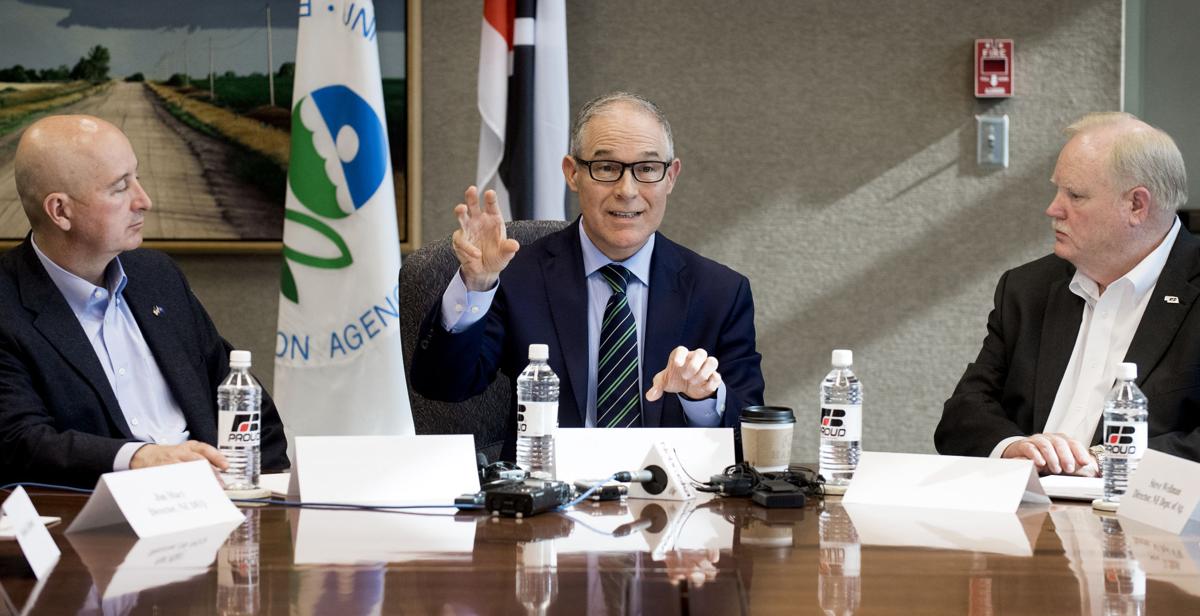 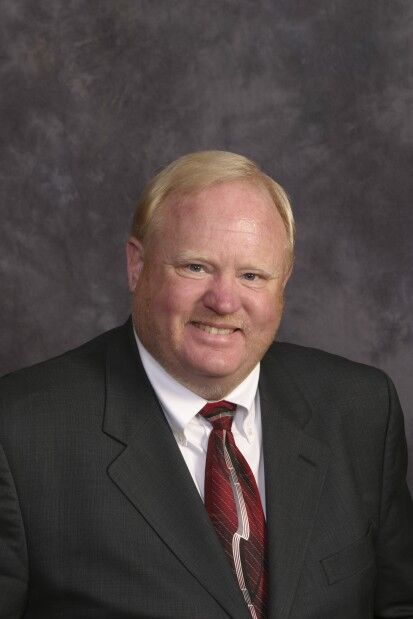