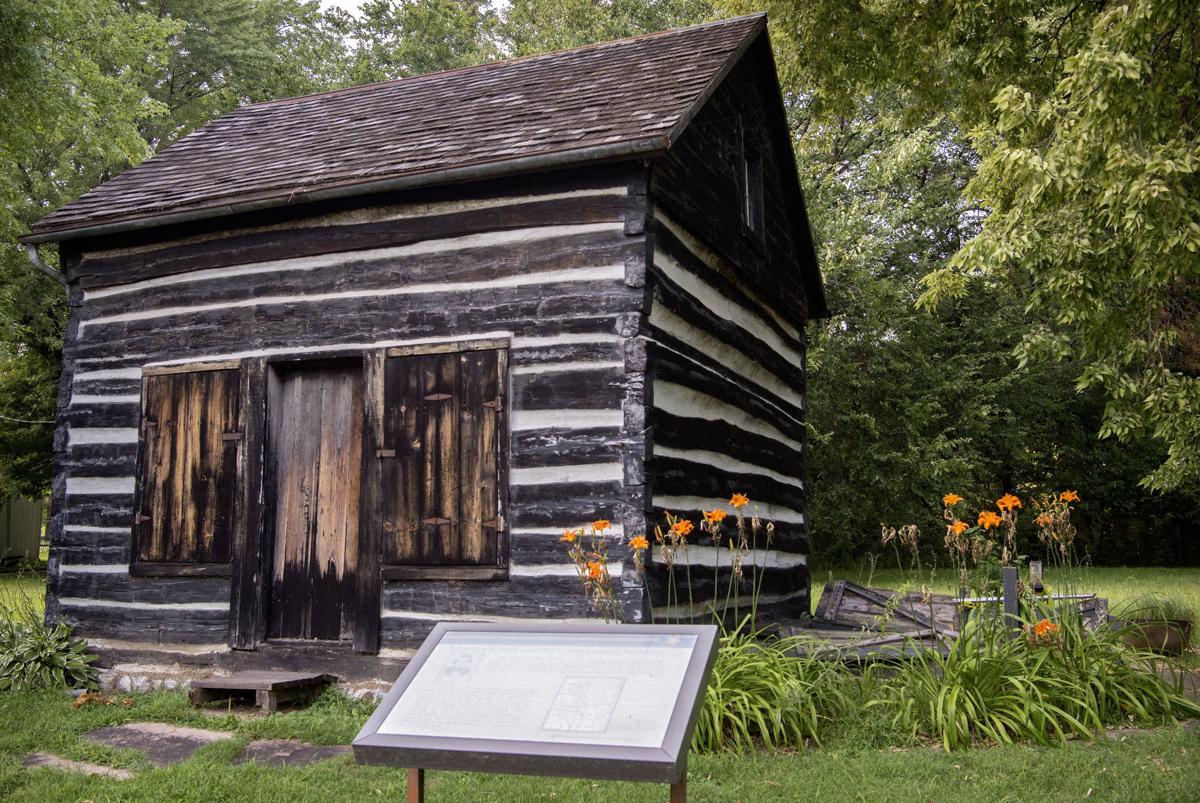 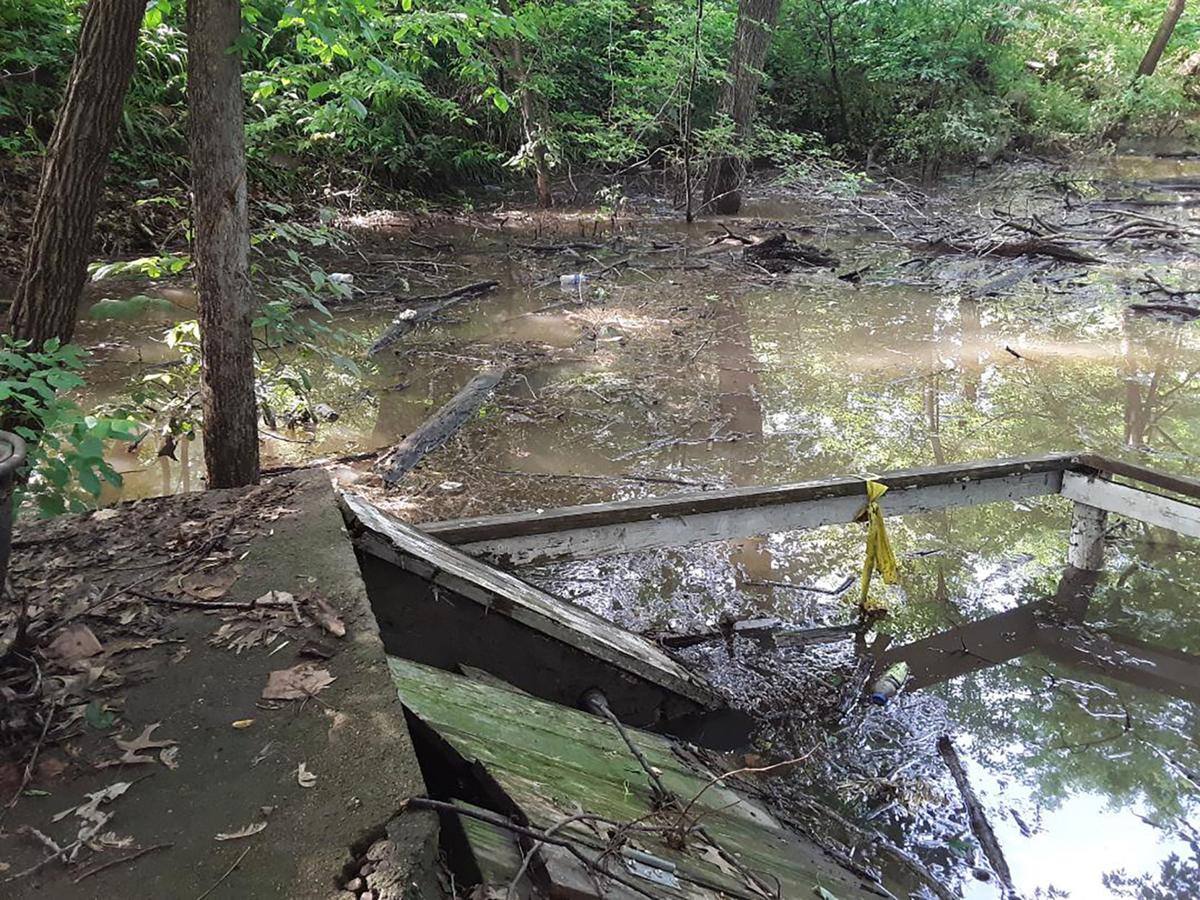 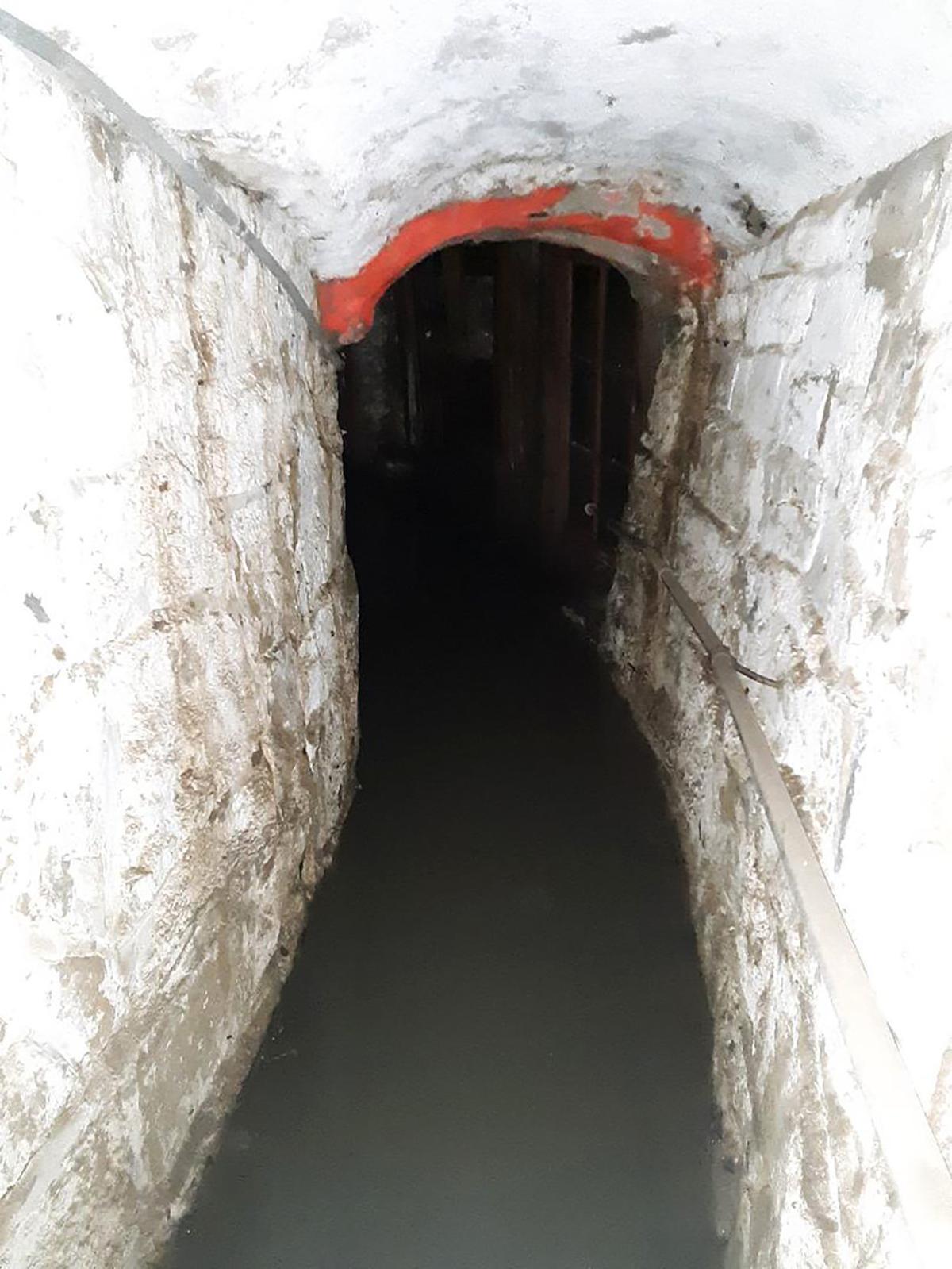 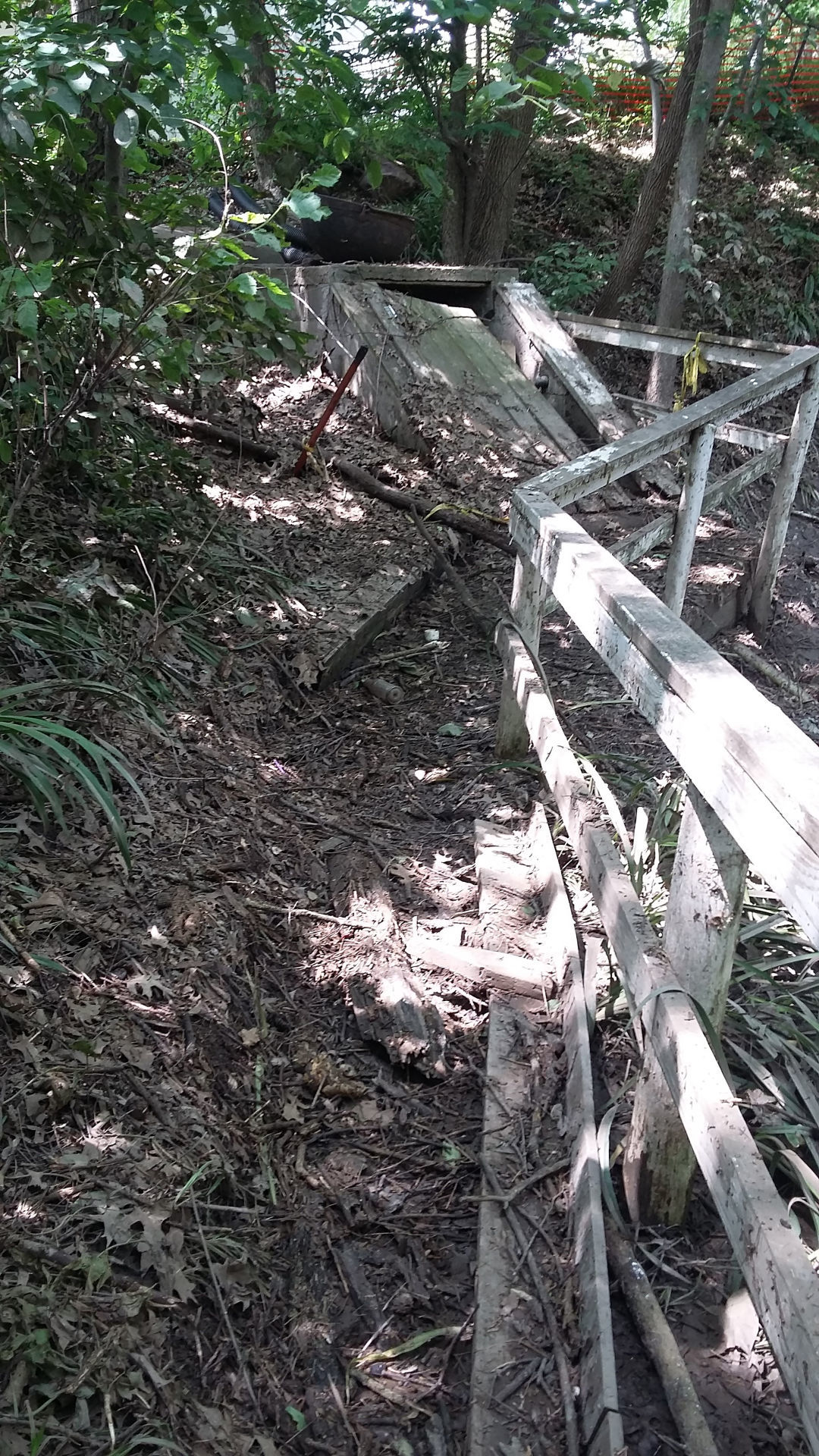 The hand-hewn cabin is one of Nebraska’s oldest homes, in one of its oldest cities, and it became famous for its history of harboring runaway slaves on their flight to freedom.

But not even the state’s only official Underground Railroad stop was safe from the 2019 floods.

Several times this summer, storm runoff pooled in the ravine behind the 164-year-old landmark, undermining the historic site and eroding its hopes of staying open this season.

And it’s Nebraska City’s fault, the owners of the Mayhew Cabin and John Brown’s Cave allege in a $4.5 million lawsuit they’re trying to file against the Otoe County seat.

The Mayhew Cabin Foundation is claiming a combination of city storm sewer inlets, culverts, dirt work and drainage problems helped heavy rain overwhelm the ravine, backfilling the historic tunnel and cellar beneath the landmark, destroying a walkway and leaving the nearby museum sinking and structurally unsound.

“Due to damage, the overall museum site has been closed since May 28, 2019, cutting off the museum’s revenue source,” the foundation’s president wrote in its suit against Nebraska City. The suit has been rejected by judges in Otoe and Lancaster counties.

Specifically, the nonprofit blames the city for directing surface and storm sewer water from nearly 20 acres upstream into the foundation-owned ravine “in an unreasonable, irresponsible and negligent manner.”

In addition, a city drainage site at the ravine’s far end failed, and the runoff backed up during a series of summer storms starting Memorial Day weekend, the foundation wrote.

The result: “Extensive erosion, vegetation die-off, destruction of a walkway and handrail, and structural damage to historic structures.”

The city was using the ravine as an open conduit and it should pay for the damage, said David Van Winkle of Lincoln, a foundation board member.

“They (the city) own Point A, and they own Point B, and therefore they own all the water in the middle. It’s really eroding away the property.”

Nebraska City Administrator Grayson Path said he hadn’t seen the lawsuit and couldn’t comment. And a message left for an attorney hired by the city wasn’t returned.

The cottonwood cabin at the heart of the museum site was built by Allen and Barbara Mayhew, homesteaders from Ohio who arrived in 1854. The next year, Barbara Mayhew’s brother also moved west, joining abolitionist John Brown in Kansas and using the cabin and its cellar to help usher slaves north from Missouri and the Kansas Territory.

In the 1930s, the cabin was moved across the property to make room for the highway from Lincoln. The new owner recreated a tunnel known as John Brown’s Cave, digging a passage from the cabin’s cellar to the ravine.

The site has been a tourist attraction since. The Mayhew Cabin Foundation took possession in 2001, and the cabin was recognized as an Underground Railroad site by the National Park Service in 2003.

The museum drew up to 3,000 visitors a year but operated on a razor-thin budget, with often just a few hundred dollars on hand, Van Winkle said.

The foundation tried working with city officials to fix the flooding problem, Van Winkle and board president Cathleen Briley said, exchanging emails and appealing to the city council and administrator during a June meeting.

“We pleaded for reparations to the site and were told that the city is not responsible in any way,” Briley said.

Said Van Winkle: “They haven’t been all that cooperative. They haven’t necessarily shunned us, but they’re not cooperating with us.”

The lawsuit was a last resort. But even that hasn’t been easy. They tried filing in Otoe County, but the court rejected the suit because the nonprofit’s board members want to represent themselves in court.

So they visited the courthouse in Lincoln, and included a page-and-a-half plea to the judge to allow Van Winkle and Briley to represent the foundation in district court.

They explained the museum site operated on a budget of about $6,000 per year, nearly half of that grant-funded. Board members routinely pay out-of-pocket when expenses — utilities, phone, maintenance costs and supplies — exceeded income, they said.

“Due to a considerable lack of funds, the foundation cannot afford to hire an attorney,” they wrote. “Pro se representation has proven to be the only avenue for the foundation to be heard and to have its day in court.”

But they were rejected this week in Lancaster County, too, the judge prohibiting them from representing themselves and questioning whether his court would even have jurisdiction.

While foundation officials try to get their day in court, the museum site remains closed, the westernmost stop on the Underground Railroad off-limits.

It’s an important place, Van Winkle said. The visitors it attracts spend their money in Nebraska City. But it’s bigger than that.

KANSAS CITY, Mo. — A bidder from Nebraska has paid $920,000 for a house designed and built by iconic architect Frank Lloyd Wright in Kansas Ci…

Construction on houses, other structures and roads are well underway throughout the area and state, but Platte Center's Jim Swoboda is in the …