Two days after the Niobrara River rose in mid-March, Ann and Billy Kepler had stood, speechless, before their 75-acre riverside field.

Normally, they relied on this rich Keya Paha County bottomland to grow the grass that fed their 200 cows. But now it was all gone, buried beneath an ice field the river had shrugged off — a tangle of truck-sized bergs measuring 20 feet high and 200 yards wide that disappeared downstream for nearly a mile.

Billy Kepler leaned against a remaining fence post and tried to take it all in. Ann Kepler took his photo from a distance.

“We were just at a loss for words,” she said.

The last time anything like this happened, those who remembered told her later, the ice hadn’t yet melted by the Fourth of July. So they used it in their ice cream makers. She was sure it would linger at least until winter returned.

Then a few timely rains fell. A 90-degree day dawned. And when almost all of the ice melted, it revealed what the river’s rise had left in the meadow for Ann and Billy Kepler, but also what it took.

‘A river bottom on the meadow’

The rush of water and ice had uprooted about 4 miles of their fence, breaking the wooden posts, bending the steel.

“It absolutely strung them all over,” she said. “The ice grabbed hold of the wires and shoved them.”

Still, with a little ingenuity, they managed to keep their cows nearby, she said. They feed them daily, so they were able to watch the ice field’s retreat.

“We were surprised by how fast it melted. We weren’t sure how cold it was going to keep itself.”

Upstream, from Valentine to nearby Newport, the Niobrara is a recreational river, and the flood had performed a spring cleaning, collecting and depositing on their meadow the evidence of past summer vacations.

They found sunglasses. They found sandals and sneakers and Frisbees and float tubes and boards and bridge planks.

They can pick all of that up — and the cedars and cottonwoods, too — clearing the meadow by hand and by chainsaw and by 8-foot tractor bucket.

But beneath that, the melting ice revealed a foot of mud — a silt-filled layer of clay covering the grass that would normally feed their cows but is now choked of air and sun.

‘The work is just starting’

They have day jobs, children to take care of and animals to feed. Their spring cows are calving.

And their meadow is so moist that any amount of rain turns it into a soupy mess.

“But any day we’ve had time and the weather has cooperated, we’ve been over there,” Ann Kepler said.

They’re among the more than 1,000 Nebraskans who have applied for help from the federal Emergency Conservation Program, which assists farmers with the costs of cleaning and repairing their land.

They were cleared for light cleanup first, rolling up fence wire and hand-picking debris, piling it in a corner of the meadow.

They’ve since been allowed to begin heavy cleanup, using equipment to try to scrape away the sand and clay. But much of it’s still too wet to access and, where they can work, progress is slow.

“I felt like we were out there with a toothbrush on numerous football fields,” she said.

Any other year, the grass would be green and growing by now, like it is in the few areas untouched by sand and silt. They would begin mowing and baling their riverside pastures in June or July, stockpiling feed for their cows.

This year, they don’t know what the meadow, or their future, holds.

“We’re not sure of that ground that was beneath all of the ice,” she said. “But we need that grass to get some sun and some air.”

But they do know they’re not alone. Up and down this river, and so many other rivers and all of their tributaries, are Nebraska farmers and ranchers trying to cope and clean and rebuild.

And many have lost more than they have, she said.

“The one thing all of us have in common is a mess. Goodness, I think the work is just starting for so many people.”

RICHLAND — Before that morning, all of the farmer’s cows were still alive, and not decaying downstream.

'We're all small towns' — Students sacrifice trip, give to flood victim who lost her home

Ponca Creek was coming her way, and she didn’t have much time.

A nearly $1 billion attack on Nebraska's agricultural economy has to sink its first claws somewhere.

By sunset Sunday, Kyle Simpson was wrung out from a full day of cleaning mud and muck from his property on the Platte River.

Clarice "Hap" Loomis had just left the ice cream stand she has operated near Pioneers Park for 40 years, bound for a dinner break at her home …

OMAHA — Police say a man has been killed in a shooting on a north Omaha street.

Sunday night's storm caused widespread damage on the western side of Lincoln, although most of it was minor.

Interstate 29 from southwest Iowa to northwest Missouri could reopen by Memorial Day weekend.

Early federal flood assistance at $100 million; other funds tied up in Congress

Nebraska has received more than $100 million in federal assistance so far in response to the state's billion-dollar flood disaster in March, w…

One lane of Iowa 2 is open to I-29, but lengthy travel delays expected

The primary route for Lincoln residents heading to and from the Kansas City area has reopened, but making the drive will require plenty of patience.

She didn’t see her café until the day after it flooded, because she couldn’t get out of Verdigre.

COLUMBUS -- Farmer and cattleman Bill Lehr is no stranger to extreme quantities of water. Actually, he experienced his first flood in 1947 whe…

Wherever dark clouds may scatter, storm chasers will gather. After meteorologists predicted violent storms throughout the Midwest this weekend…

SHELBY -- The Shelby Hotel Bar & Grill was the only childhood home Dallas Thelen ever knew.

Two rivers that run through Nebraska are pictured on a new series of stamps featuring wild and scenic rivers.

The focus on the Niobrara River shifted this week to its scenic side, two months after it went wild during Nebraska’s mid-March flooding — bre…

NEWCASTLE -- All through the spring, summer and fall, farmers keep at least one eye on the sky.

CHADRON — The Dawes County Fairgrounds will have a different look in the coming weeks, as the old show barn is scheduled to be torn down.

$1.2 million cost to clean pasture just one of many flood woes on Colfax County farm

Jim Hoppe’s friends have plenty of ideas about the future of the sand-swallowed pasture he and his brothers own along the Platte River near Schuyler.

FEMA inspects jetties washed away by flooding along Platte near Richland

RICHLAND — Nearly three months after historic flooding washed away 30 acres of his cornfield and left behind 3 feet of sand, a federal disaste…

The idea came to John Ingram when he gathered with his family around their dining room table, but he didn’t know it yet.

The Niobrara-area flooding brutalized the business she and her husband started six years ago.

The hand-hewn cabin is one of Nebraska’s oldest homes, in one of its oldest cities, and it became famous for its history of harboring runaway …

Conditions are ripe for a repeat of last spring's severe flooding.

Ann and Billy Kepler started last year's growing season with their hay meadow under a mile-long sheet of ice. And then it surprised them -- twice. 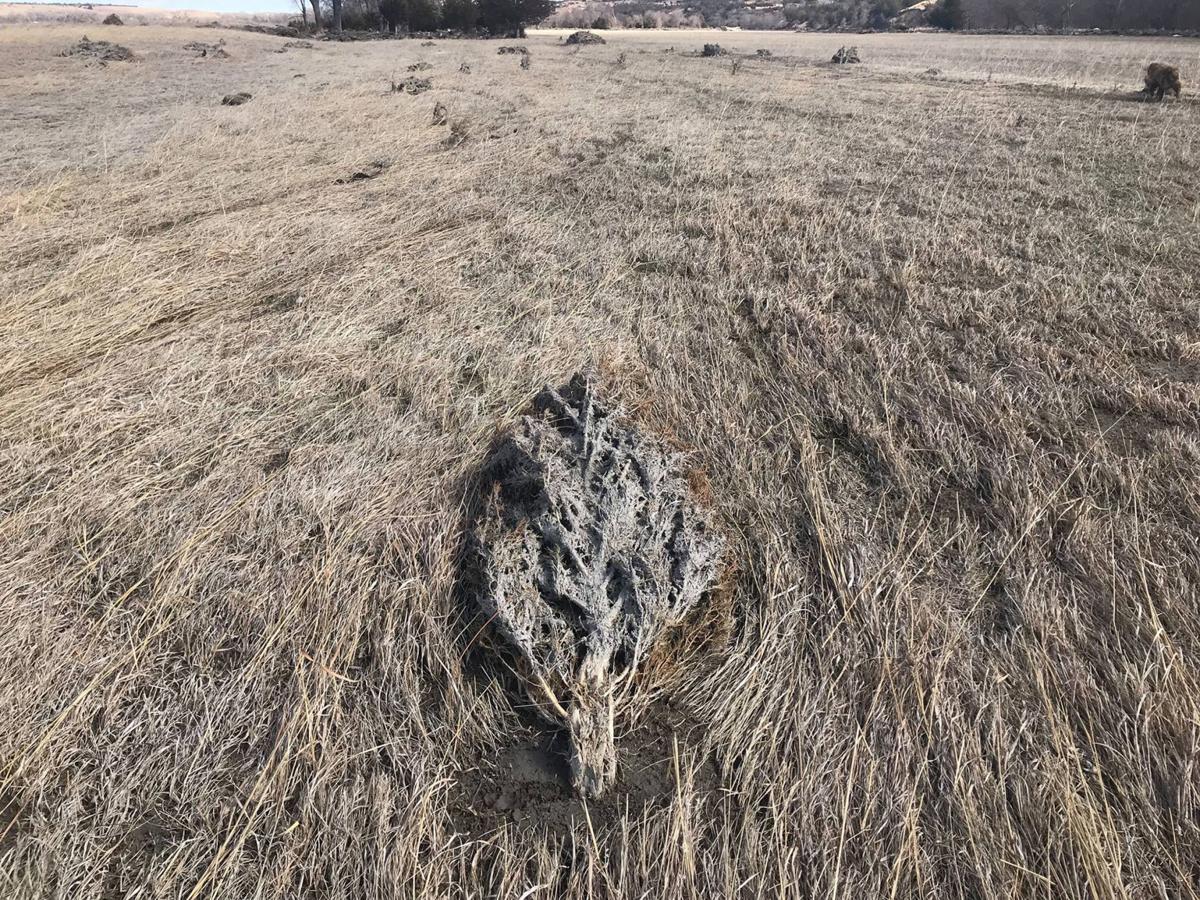 The floodwaters and ice that rolled through Ann and Billy Kepler’s land along the Niobrara River flattened trees and ripped out fence. 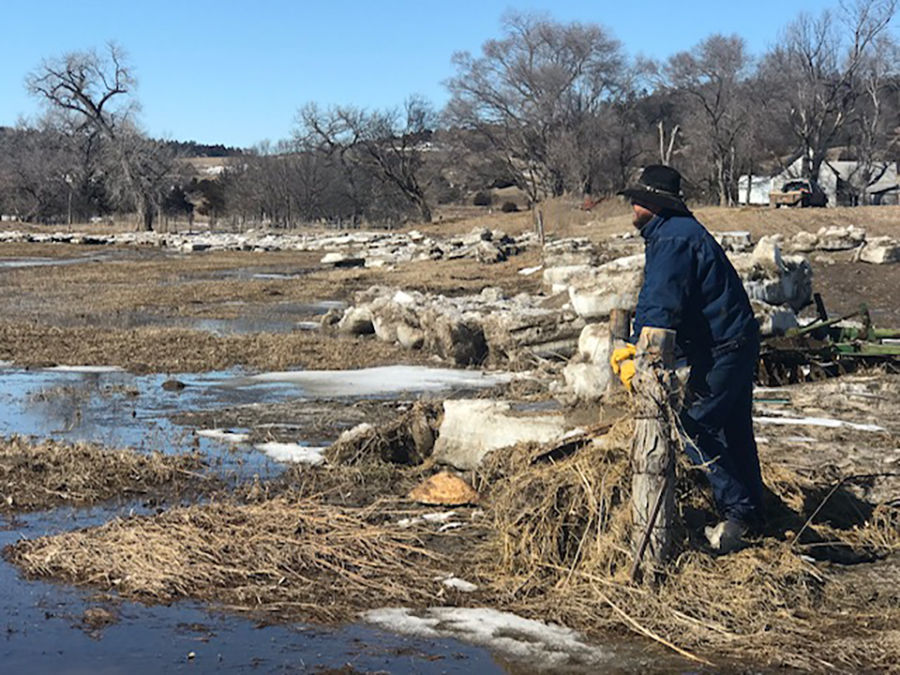 Billy Kepler surveyed the damage to his hay meadow on March 15, the first time he could get close after the flooding.