A Native activist and documentary filmmaker told state liquor regulators Wednesday that the death of a woman they say was beaten in Whiteclay in August justifies the closure of the town’s four beer stores.

Frank LaMere of Winnebago and John Maisch, a former Oklahoma alcohol regulator who made a documentary about Whiteclay, called on the Nebraska Liquor Control Commission to shut down the stores following the Aug. 17 death of Sherry Wounded Foot, a 50-year-old woman they say was brutally beaten and later died of her injuries.

“Whiteclay has claimed another life,” Maisch said. “Whiteclay is a lawless place.”

The stores in Whiteclay, population 12, sold the equivalent of 3.5 million cans of beer last year. The village sits on the border of South Dakota’s Pine Ridge Indian Reservation, where alcohol is banned but alcohol-related problems run rampant. An estimated one in four children on the reservation is born with fetal alcohol syndrome.

Maisch said Wounded Foot was found by law enforcement unconscious behind a building in Whiteclay on Aug. 5. She was taken to the Pine Ridge Hospital, where she later died after being taken off life support.

He said the Sheridan County Sheriff’s Office failed to notify the public or media about Wounded Foot’s injuries and eventual death or about the possibility of a violent perpetrator on the loose in the area.

Simmons told The Associated Press that Wounded Foot died of blunt force trauma to the head. Wounded Foot was taken from Whiteclay to a Pine Ridge hospital on Aug. 5, but Simmons says the ambulance crew that transported her didn't see evidence of trauma. Whiteclay is known for having intoxicated people passed out in the streets.

“It’s very much an active investigation at this time,” she said.

LaMere said Wounded Foot’s death is now the fourth unsolved murder in the unincorporated village. He cited the deaths of John Means, who authorities say died of exposure in April 1997 despite his family’s belief that he died of foul play, and Wilson Black Elk and Ronald Hard Heart, two men who were found brutally murdered in June 1999 just north of Whiteclay across the reservation border.

He said law enforcement did little to find the perpetrators in those three men’s deaths and he expects the same for Wounded Foot.

Marcel Kills Enemy, a Lincoln man and Black Elk’s cousin, told commissioners Wednesday that the inability of Nebraska law enforcement to find his cousin’s murderer demonstrates the lack of care they have for Native people.

“People in Nebraska do not care,” he said.

LaMere said he spoke to a close relative of Wounded Foot’s last week and was told no investigators had yet contacted her. That apparent lack of action on the part of authorities spurred Wounded Foot’s relative to travel to Whiteclay and search for answers herself.

According to an obituary for Wounded Foot, she was born in Rapid City to Jonas Sr. and Florence Wounded Foot and leaves behind a son and two daughters, as well as two brothers and numerous grandchildren.

A two-night wake and funeral services were Aug. 24-26 in Porcupine, South Dakota.

At Wednesday’s Liquor Control Commission meeting, Maisch asked the commission’s executive director, Hobert Rupe, when he was notified of Wounded Foot’s death. Rupe said he hadn’t learned of it until Sept. 2.

“I would have assumed I would’ve heard earlier,” Rupe said. “I think you can safely say I was a little concerned.”

Maisch said the commission has the authority to shut down the beer stores in Whiteclay and should do so considering the town lacks adequate law enforcement. On any given day, people can be seen drinking on the town’s sidewalks and behind buildings.

He said there is no legal place for people who buy beer in the town to consume it.

“Whiteclay poses incredible challenges from an enforcement standpoint,” he said.

After Wednesday’s meeting, Rupe said the commission did conduct an audit of the four beer stores in Whiteclay last fall and forwarded its information to the Nebraska Attorney General’s Office this spring for possible enforcement action.

“We believe those might show some issues,” he said.

Suzanne Gage, spokeswoman for Attorney General Doug Peterson, declined to comment on whether her office will investigate issues brought up by the commission's audit.

LaMere said the unsolved murders of four people should be reason enough to shut down Whiteclay’s beer stores.

“Their deaths can all be attributed to the illegal sale of alcohol from Whiteclay to the dry Pine Ridge Reservation,” he said.

Journal Star coverage of the life on the Pine Ridge Indian Reservation as well as the efforts to close the beer stores in Whiteclay.

Shutting down Whiteclay just one step

PINE RIDGE, S.D. -- They sit on this stoop beneath a piercing sun, just like they did most summer days two miles to the south.

New Whiteclay ideas taking shape, but some not satisfied

A new effort to reduce violence and panhandling in Whiteclay is slowly taking shape, but some people say they won't be satisfied until the tin…

A Native-owned business in Whiteclay burned down Monday after its broaster caught fire.

OMAHA — Omaha authorities say a missing 5-year-old boy has been found locked in a school bus.

Sherry Wounded Foot loved her brother and always kept her door open for him.

Four liquor stores that sold the equivalent of 3.5 million cans of beer last year on the doorstep of the Pine Ridge Indian Reservation might s…

Reward offered for information on woman's death in Whiteclay

Daughter to speak about slain mom

In the Lakota tradition, the loss of a loved one leads to a year of mourning. 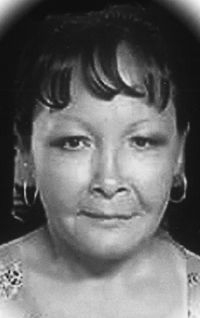 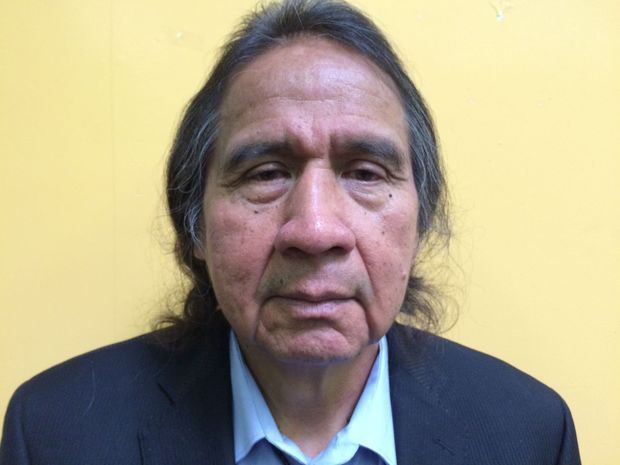