But Vacha, a seven-time black belt, is also involved in something a lot of people her age can't say they are: entrepreneurship.

On Oct. 4, Vacha opened a martial arts school at 500 Main St. in Scribner. The school is a branch of Rosenbach Warrior Training, a studio in Fremont ran by her teacher, Jim Rosenbach.

"It's basically going to be another one of his locations; I'll just be running it," Vacha said. "It'll be my own business, but I'll base off his teachings and teach his methods."

Vacha first got involved in martial arts at the age of 9, having previously taken part in dance.

"We decided after a while that we wanted to take a break from dance and try something different," she said. "So we decided martial arts would be a good thing to go into."

Because she lives in Scribner with her parents, Brady and Andrea, and three younger siblings, the family made the drive to Fremont several times a week to Rosenbach's studio.

From the start, Rosenbach said he saw a lot of himself in Vacha.

"I would probably work twice as hard as everybody else to be as good as everybody else, and that's how Sophia is," he said. "She's just a worker, and not that she didn't have talent, but she rose above natural talent because of her work ethic."

Since starting their training, Vacha and two of her siblings, Jett, 11, and Neveah, 13, have found success in the sport, having all been inducted into the USA Martial Arts Hall of Fame.

"It kind of came to me naturally," Vacha said. "I still had to work very hard to get where I'm at now, but it came to me a little bit naturally."

Rosenbach said the Vachas' skill was not common for their age.

"I don't just put somebody in the hall of fame to put them there," he said. "Those kids deserve it."

Having received her first black belt at the age of 11, Vacha has competed in several tournaments across the state. Although she was trained initially in karate, she took part in a taekwondo tournament in Omaha and received the highest score of any participant.

"She learned the form Wednesday and competed with it and won Saturday," Rosenbach said. "The other girls she competed with said, 'We worked on our forms for two, three years to make them that good.'"

After her induction into the hall of fame, Vacha said she began wanting to teach karate, possibly one-on-one private lessons. She said she had some experience in teaching hapkido and had given a demonstration at Sidner-Snyder Schools.

"Then I just kind of came to the idea of a school, because the nearest location to Scribner is Fremont, and from West Point, that's the nearest location as well," Vacha said. "So we just thought it would be a good idea to start another branch closer to some of the towns around Scribner and for Scribner."

Rosenbach said that when Vacha expressed interest to him about starting her own training center, he was reminded of Robert Bussey, who founded the center with him at the age of 15. Even though people thought he was "nuts," he said he knew how much of a prodigy he was.

"I could see it, and it’s the same with (Vacha)," Rosenbach said. "She's clean-cut, she's very smart and very physical. Whatever she has to do, she will work until she gets there."

Even with Vacha's young age, Rosenbach said, he's been 100% supportive of her school from the start.

"A 15-year-old with that kind of gumption and that kind of vision, my hat's off to her," he said. "And I've got seasoned black belts that run places that have been with me for 30 years. She's done it six years, and it took them forever to get where she's going to be the first month. It's pretty phenomenal."

After purchasing the building in Scribner, Vacha and her family began work on the studio.

"We're still fixing up the building a little bit," she said. "We have to put the floor on and just kind of clean it up a little bit more, finish painting, and then just laying all the mats."

Boo at the Zoo lives on, but with more masks, limited capacity

Many of the mats were donated by Rosenbach, who had recently closed one of his schools and revamped his Fremont location.

"I'm not using it, so we donated all that stuff to them," he said. "And it's great, because it makes them ready to go right away."

Because she will be juggling the school with her activities in high school, Vacha said, she'll be teaching during her off days.

Throughout the building process, Vacha said she's been thankful for the support from Rosenbach, as well as her parents.

"They own a business themselves, so it's a lot to look up to them to help me kind of show the way," she said. "My siblings are very excited to help and assist me in any way, and they all have black belts as well."

Along with her siblings, Vacha will be assisted by three other black belts from Scribner. She already has 15 people signed up for the school, including her youngest sister.

"Most of them are first-time," Vacha said. "I have a few, like maybe three or four, that are coming down from Rosenbach or are just starting back up again."

Rosenbach said he was entirely confident in Vacha and the work that she'll put in for her students.

"The students that she'll turn out will be fantastic," he said. "They'll be winning tournaments, they'll be getting black belts, they'll be overachievers, too."

While many people are content with just having gotten their black belt, Rosenbach said, Vacha has gone above and beyond with her goals, which will now be passed on to others.

As for the future of the school, Vacha said she'd like to keep teaching after graduation and keep it going as long as she can.

She said the entire experience has taught her the importance of working for her dreams.

"You just kind of have to keep going until you reach what you want or what you desire," she said. "And even after you open or just get to where you think you've made it, you still have to keep working hard to keep your dream or goal going."

The federal lawsuit alleges that the school knew of the boy's violent history and threats he'd made to rape female students and a pregnant teacher and didn't protect the girl, who was a special education student.

The girl was a front-seat passenger in the car. The car’s driver was a 15-year-old girl who had a valid school permit.

An autopsy is scheduled for Wednesday to get a positive identification and cause of death, the sheriff's office said.

More than 80 farmers and their families helped Jonathan Rempel complete his harvest this weekend. He said people from around the area and even some from other states met up early Friday morning and started working.

More than 100 people paid $2,500 to $7,000 to take aim at big bucks, pronghorn antelopes and turkeys. But they weren’t really big game hunters. They were poachers — using bait, spotlights and other illegal tactics to guarantee success.

The trooper, who has since been released from the hospital, was in his parked vehicle when it was struck. The cruiser was stationed to move traffic over and allow construction crews to repair road damage in the far right lane.

No masks, no matter in Nebraska’s last COVID-free county: ‘Most people around here don’t really care’

In Hayes County — Nebraska's last without a documented case of COVID-19 — the virus is on the back burner. “It’s not even part of our conversation,” the school superintendent said.

Jim McKee: Where, literally, it all began in Nebraska

Before you can have a state, you've got to have state lines. And somebody has to draw them. Here's how it all started in Nebraska.

The federal lawsuit alleges that the school knew of the boy's violent history and threats he'd made to rape female students and a pregnant teacher and didn't protect the girl, who was a special education student.

Last week, Andy Hoffman woke up and couldn’t walk. He spent the morning throwing up. The next day, he wasn’t any better, so he was flown to the Mayo Clinic, where an MRI detected two new tumors on his brain. 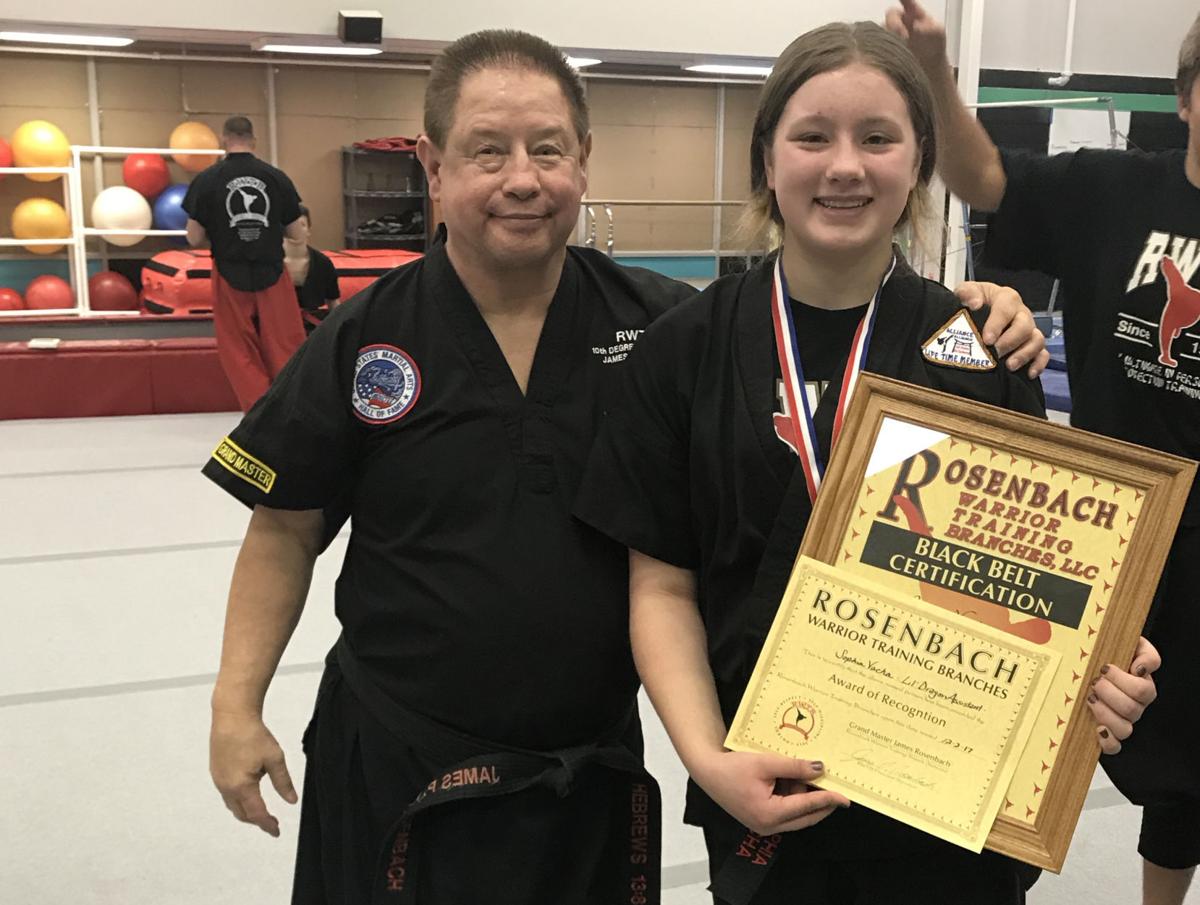 Sophia Vacha (left) poses with Jim Rosenbach of Rosenbach Warrior Training after receiving her black belt in 2017. Vacha, 15, just opened her own martial arts school in Scribner this October. 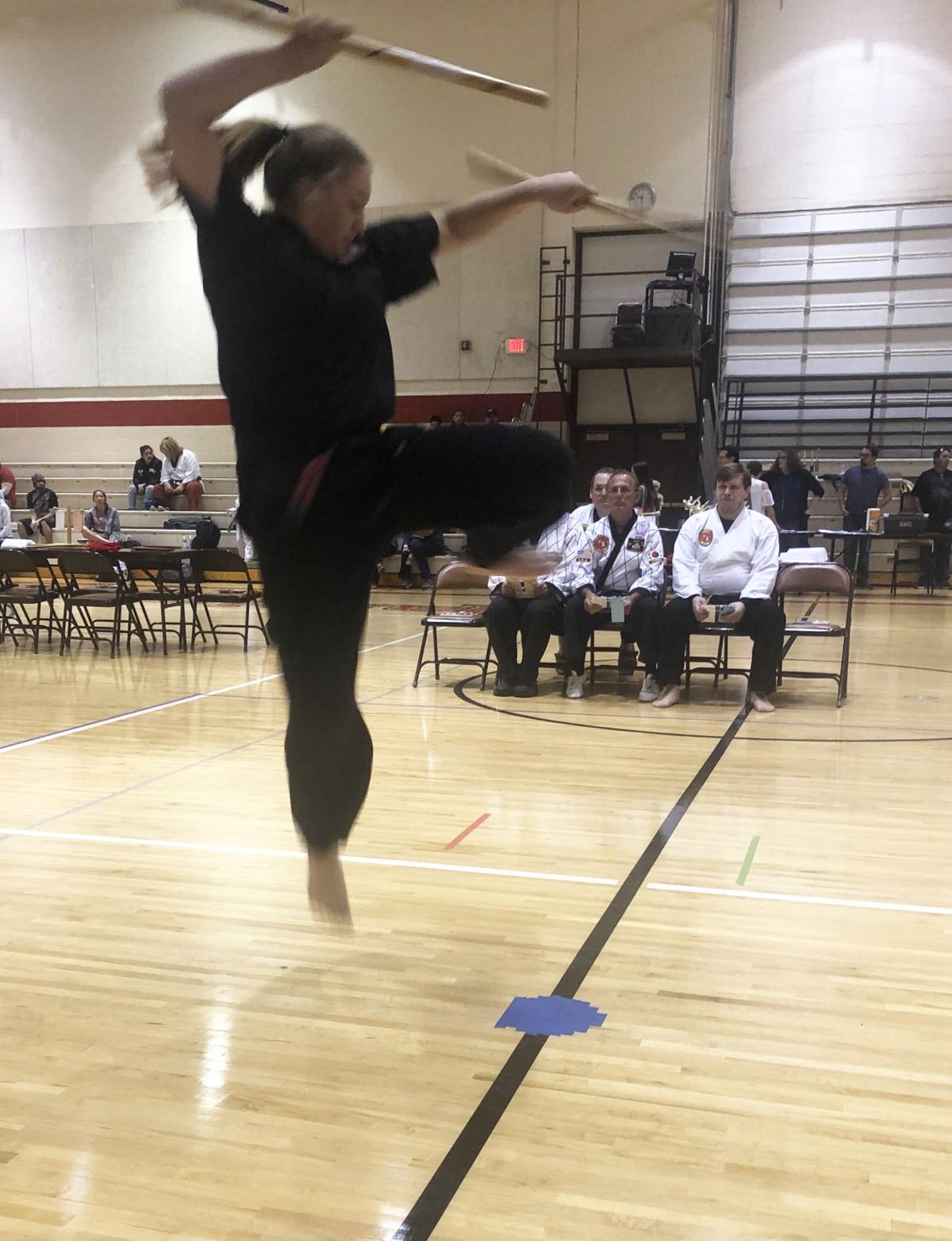 Sophia Vacha, 15, performs a kick during a martial arts tournament. She has seven black belts and is a member of the USA Martial Arts Hall of Fame along with her two siblings. 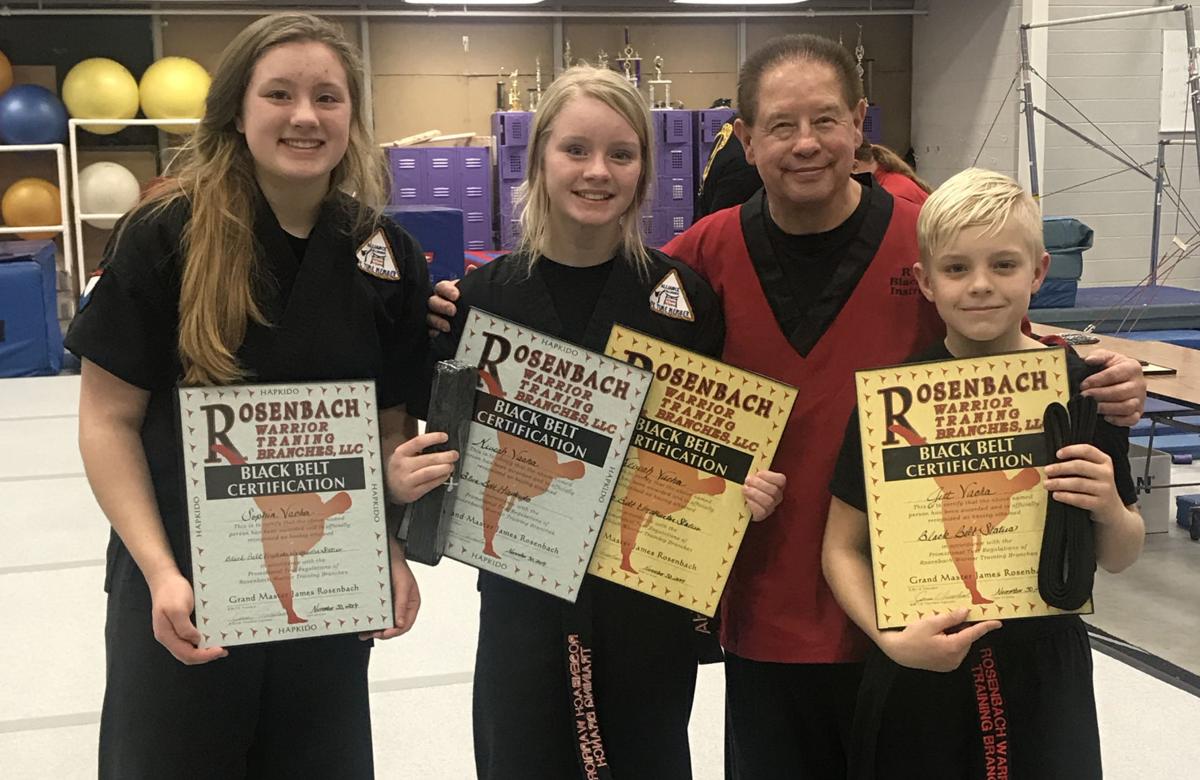 Vacha siblings Sophia, 11, from left, Neveah, 13, and Jett, 11, are awarded black belts from Jim Rosenbach of Rosenbach Warrior Training. The three siblings are members of the USA Martial Arts Hall of Fame.