A little more than two years ago, Whiteclay, Nebraska, was an unincorporated town of 12 located 200 yards from a dry Pine Ridge Reservation that had four stores selling about 11,000 cans of beer a day.

Now, many of the people who worked years to shut down those beer stores and give people on the reservation hope of a better day, can gaze into the future and see that dream become real.

John Maisch, formerly of Nebraska and now living in Oklahoma, is one of them.

"Frank (LaMere) would often say that he was always told that closing Whiteclay's beer stores would be impossible. And it probably was impossible," Maisch said. "And then at some point it became impractical."

Then about a year before the stores closed, he said, the momentum shifted, and impossible and impractical became, instead, inevitable.

This weekend, Whiteclay will hold its fourth leadership summit, the first without Winnebago activist LaMere, the leader who worked from 1999 to 2017 to close Whiteclay’s four beer stores.

Last year's summit was the first since the town's four beer stores were closed through a 2017 Nebraska Supreme Court decision. Maisch, an attorney and director of the documentary, "Sober Indian Dangerous Indian," and LaMere led the summit last year.

The summit will reconvene with heavier hearts, Maisch said, because of the losses of LaMere and Alan Jacobsen, 65, another Whiteclay activist, who died unexpectedly in May.

He said at the time of the last summit he was optimistic about the future of Whiteclay and the Pine Ridge.

It wasn't so long ago that Whiteclay was identified with sheer hopelessness and despair. Now, sometime in the future it could be known as a place for help and healing.

"Having a strong, meaningful presence in Whiteclay is the only assurance that the beer stores will never return there," Maisch said.

Before his death, he set into motion the purchase of the Lakota Hope Center in Whiteclay for use as a fetal alcohol spectrum disorders trauma center.

After his death, Maisch purchased the 5½ acres so it could be used for the trauma center, if that is what is decided.

"Having secured this property is a really important first step," he said.

Fetal alcohol spectrum disorders are neurological and cognitive conditions that can be caused by women drinking alcohol when they are pregnant.

Nora Boesem, of Newell, South Dakota, who has fostered more than 160 children from the Pine Ridge Indian Reservation, and adopted eight of them, said in a Journal Star guest editorial that while it has been the joy of her and her husband's lives, raising the children has also been filled with heartache, because each child has suffered from fetal alcohol spectrum disorder.

Boesem, who has a master's degree in social work and is a qualified mental health professional, and Deb Evensen, who has spent more than 35 years working with teachers and counselors to develop strategies to communicate more effectively with students and young adults with the disorder, will speak at the summit.

They will talk about the trauma center they have imagined that could provide fetal alcohol spectrum diagnosis, treatment and prevention services to those in Pine Ridge.

Maisch said some people might think getting a trauma center up and operating would be impossible or at the very least impractical. But those people who were involved in the closing of the beer stores know what it's like to go from impossible to inevitable.

"And that's really what we're striving to do," he said.

The 60-bed Oglala Sioux Lakota Nursing Home was opened in the past five years south of Whiteclay. And it is already expanding, with the walls and roof up for a 12-bed memory care unit, he said.

Nebraska ranked seventh-highest, and Omaha is in the top 10, for missing indigenous women cases.

In the past year, the Nebraska Legislature passed a bill (LB154), introduced by Sen. Tom Brewer of Gordon, that will instruct the Nebraska State Patrol to collect data on missing Native women in the state, study the problem, identify barriers, and create new partnerships for reporting before June 1, 2020.

Other speakers at this weekend's summit include:

* Darrell LaMere, who will share early childhood memories of his brother, Frank.

* Dennis Carlson, who will pay tribute to Jacobsen.

* Favian Kennedy, who will speak about the Oglala Lakota tribe's growing number of treatment programs.

The summit will take place at Our Lady of the Sioux Church, U.S. 18, halfway between Whiteclay and the Prairie Wind Casino and Hotel in Oglala, South Dakota, and at the outdoor arbor at the Lakota Hope Center.

Cost of registration for the summit is $50. Email DryWhiteclay@cox.net.

WINNEBAGO — The sky was a pale blue, streaked with clouds of white and the sun shone brightly and harshly the day Frank LaMere was laid to rest.

The owners of Whiteclay's four former beer stores have sued their attorney for $2.1 million alleging that an error in how he filed their appea…

Tuesday marks the second anniversary of the closure of Whiteclay’s beer stores.

Following up on his official opinion that current appointment, rather than election, of election commissioners in Lancaster, Douglas and five …

Leaders of co-op market in Sandhills hope to buy building

STAPLETON — Since its opening 2½ years ago, Stapleton Cooperative Market & Deli has held its own in its communitywide effort to restore an…

Omaha Sen. Tony Vargas would like the Legislature to consider adding racial impact statements to certain bills when they create fiscal notes.

The women, children and — don’t forget — the men of the Pine Ridge Indian Reservation could use your help staying warm this winter.

"We live in a constant state of crisis and trauma," Julian Bear Runner wrote.

"Today, we (are) filled with grief as a community," the Omaha Tribe said. "When our community hurts, we all hurt."

The Dawes Act of 1887 allowed tribal lands to be divided and taken, resulting in a checkerboard pattern of land ownership. By the early 1900s, the Winnebago Tribe had lost ownership of about two-thirds of its northeast Nebraska reservation.

Three years after beer sales end, 'there's a lot of hope for Whiteclay'

“Individuals affected most by Whiteclay have the most severe alcohol-abuse disorders,” Favian Kennedy said. “That’s not going to go away with the stores closing. The norms are changing in a positive direction, but that’s slow.”

Before being shuttered, the four stores had sold about 3.5 million cans of beer a year to the people of the Pine Ridge Indian Reservation, where alcohol is banned. Without the liquor licenses, they argued, the stores were effectively worthless. 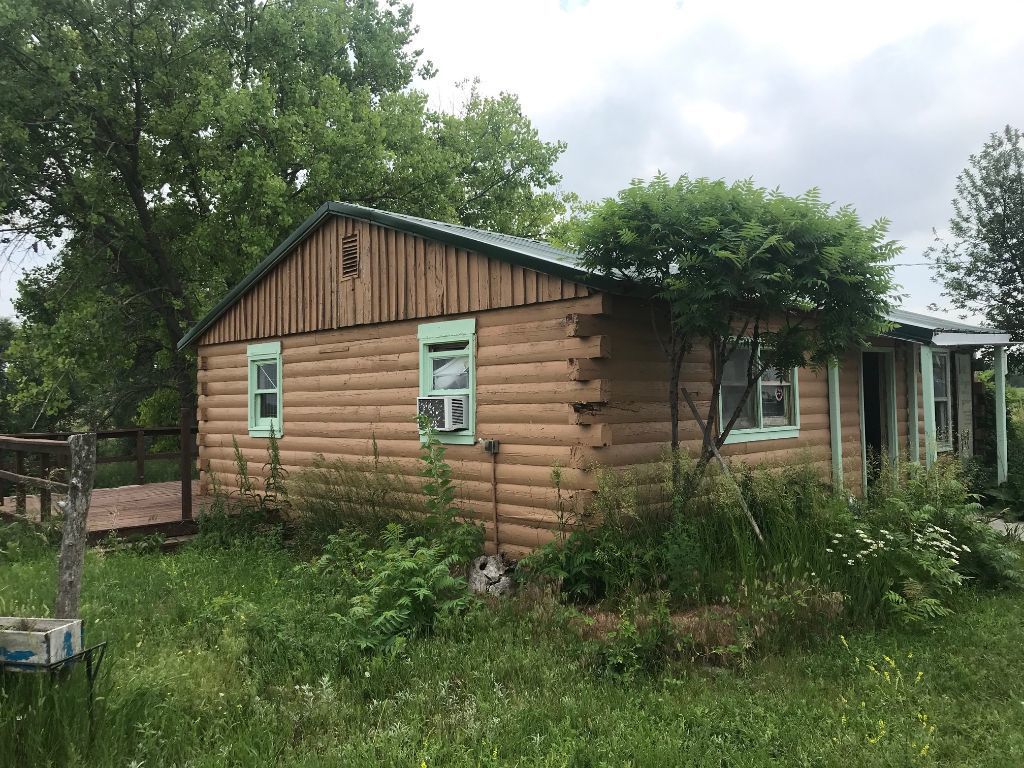 Lakota Hope Center in Whiteclay has been purchased for use as a fetal alcohol spectrum disorders trauma center. 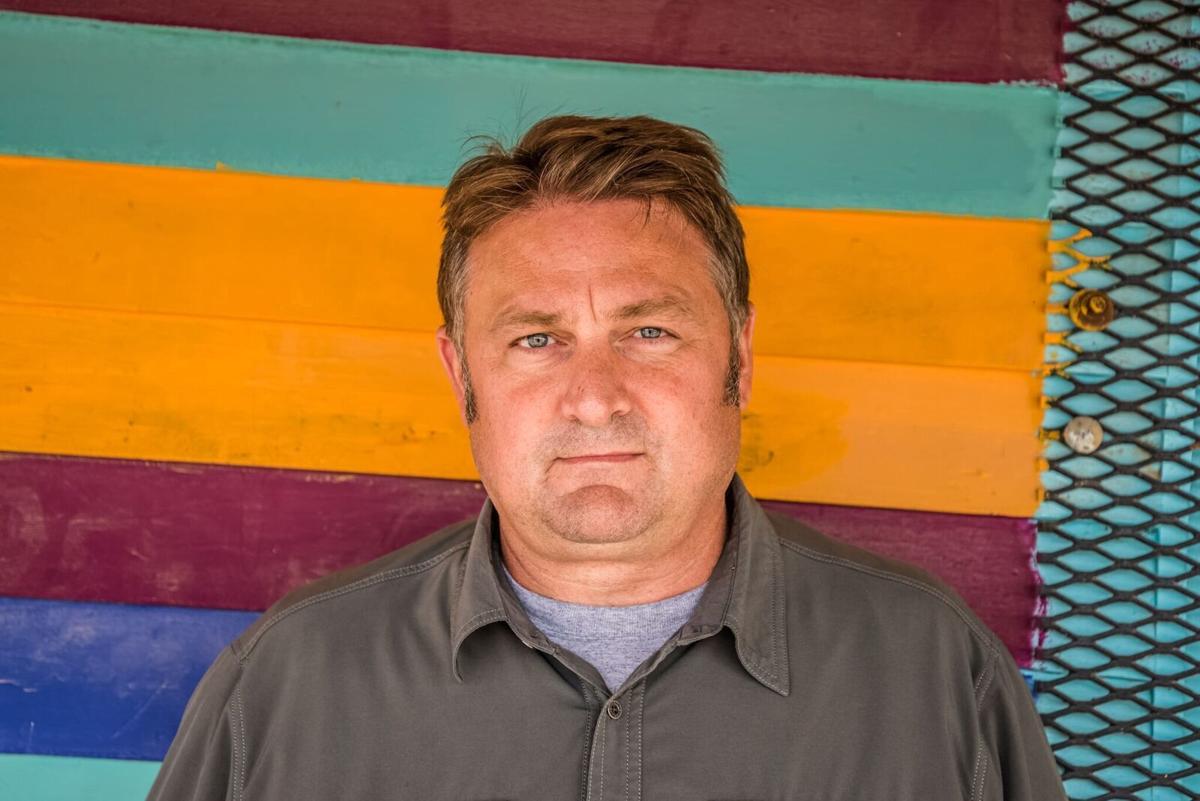