The lawsuit was filed in Lancaster County District Court after Medicaid expansion supporters completed a petition drive that appears to have gathered sufficient signatures to win a slot on the November ballot.

Tuesday's court action raises a number of claims that the petitions have failed to meet all legal requirements.

Responding to the lawsuit, Medicaid expansion campaign manager Meg Mandy said "this is clearly a desperate attempt to block the people's ability to voice their opinion on this issue and ensure affordable health care for 90,000 Nebraskans."

Mandy, campaign manager for Insure the Good Life, the organization that conducted the successful petition drive, said supporters are confident the initiative will appear on the ballot in November.

Brasch, who is Nebraska's Republican national committeewoman, is listed as a plaintiff who is "opposed to the Medicaid expansion petition because of the negative impact it will have on property taxes in Nebraska."

Christensen is described as "concerned that if the Medicaid expansion petition proceeds, his son's existing benefits will be reduced or altered."

More than 133,000 Nebraskans have signed petitions to place the proposal on the November ballot. That figure appears to provide adequate cushion for the 84,268 valid signatures that would be required after a review by county election officials and a decision by Secretary of State John Gale.

The initiative proposal would extend Medicaid coverage to a pool of uninsured Nebraskans who are generally described as the working poor.

The lawsuit suggests a number of procedural, statutory and constitutional flaws that would render the initiative petition "invalid and legally insufficient," including a claim that language in the initiative seeks to "exercise legislative power specifically reserved to the executive branch."

The proposal would bring an estimated $1 billion in federal funding flowing into the state while requiring a state match that officials in the administration of Gov. Pete Ricketts have said would eventually accumulate to some $800 million over a 10-year period.

The Nebraskans who would be impacted do not qualify for Medicaid now, but cannot afford to purchase health care coverage on their own.

Supporters have argued that the infusion of federal funding would spur economic development and help secure the future of rural hospitals in Nebraska while treating health conditions before they spiral into serious health challenges that may result in far more expensive and uncompensated care.

The vast majority of current Medicaid recipients are children and the elderly.

Gov. Pete Ricketts' cautious reaction to what appears to be a successful petition drive to place a Medicaid expansion initiative on the Novemb…

After seven years of frustration and failure in the Legislature, supporters of Medicaid expansion on Thursday celebrated the conclusion of an …

The fiscal impact of the proposed Medicaid expansion initiative remains a little fuzzy.

Sen. Bob Krist argued Thursday for five televised debates with Gov. Pete Ricketts, pushing back on the governor's earlier announcement that he…

Unlike this year's legislative session, next year's 90-day gathering is gonna be a biggie.

A Lincoln woman hit by a StarTran bus while walking across 12th and M streets last December has sued the city. 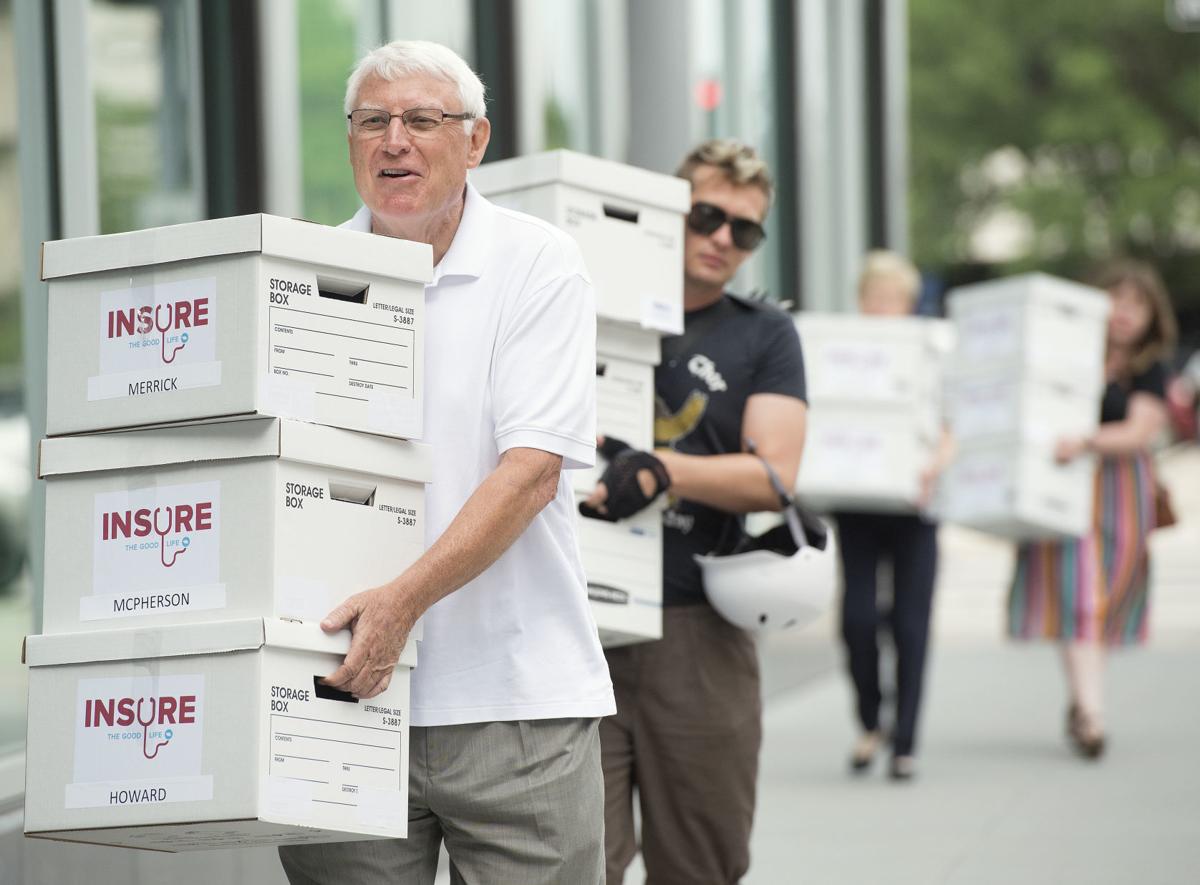 Randy Moody leads a group of supporters, volunteers and members of the Medicaid expansion ballot initiative committee as they deliver boxes of signed petitions to a conference room last year. 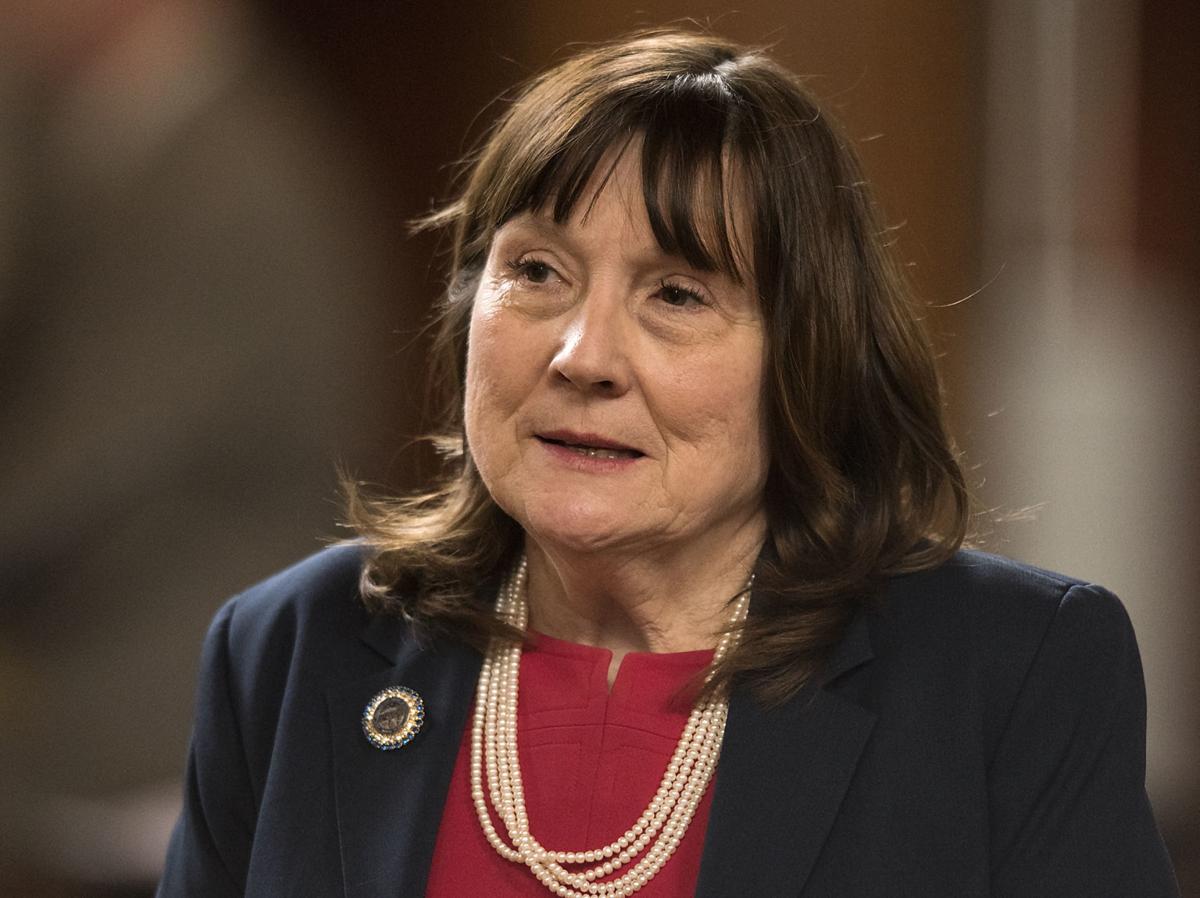 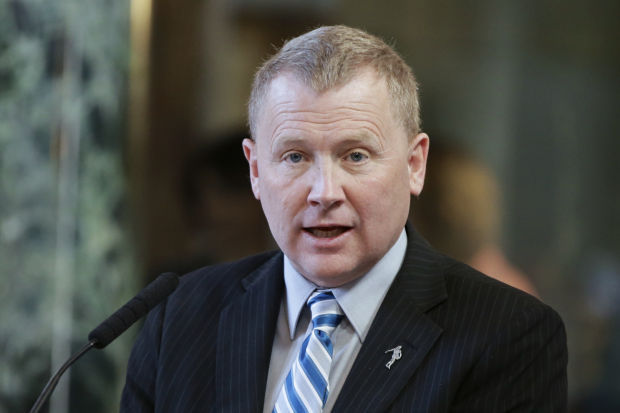