Supporters of a petition drive to raise the minimum wage in the state to $15 say the effort would improve lives and boost economic security for Nebraskans.

In a virtual kickoff event held via Zoom on Tuesday to announce the launch of its website and social media pages, Raise the Wage Nebraska said it has begun collecting signatures to put the increase before voters in November 2022.

The coalition also said it wanted to highlight the stories of the roughly 195,000 Nebraskans whose lives would be improved by raising the minimum hourly pay of workers, according to the Economic Policy Institute.

Hannah Robinson of Omaha said she continued working more than 60 hours a week at two jobs in order to survive, even after it began to take a toll on her physically and emotionally.

Robinson said she began to see work as "a human condition," becoming too scared to call in when sick, and even fearing that her supervisors would not let her leave if she fell ill while at work.

She would fall asleep on the job, or during her commute to or from work, and said she felt a constant anxiety, a feeling that she always needed to be on the go, even when she wasn't working.

"I took on my work as my whole identity," she said.

Omaha Sen. Terrell McKinney, one of three sponsors of the petition, said the coronavirus pandemic has highlighted that many in Nebraska "are not paid adequately."

"We rave about a low unemployment rate, but forget that many people are working multiple jobs and not being paid very much," he said.

McKinney, who said he grew up in poverty in North Omaha, earlier this year sponsored legislation to raise the minimum wage to $20 in Nebraska by 2032, but the bill did not advance to the floor.

Nebraska cannot afford to keep underpaying those it deems "essential workers," McKinney added, and said raising the minimum wage would help show young Nebraskans there is value and opportunity in their home state.

Raise the Wage Nebraska, which includes the ACLU of Nebraska, Nebraska Appleseed, the Nebraska State AFL-CIO and the NAACP Lincoln Branch, launched in August.

The coalition has already collected a few thousand of the roughly 87,000 signatures it will need by next July in order to qualify the initiative for the November 2022 general election, organizers said.

If successful, the initiative would phase in higher wages over a period of years, raising the minimum wage by $1.50 annually until it reached $15 in 2026, according to language on the petition.

After that, the minimum wage in Nebraska would receive an annual cost of living increase based on the consumer price index, as set by the U.S. Department of Labor.

Nebraska was one of four states that took to the ballot to raise the minimum wage that year — Alaska, Arkansas and South Dakota also approved increases.

According to the Economic Policy Institute, since January 2014, the minimum wage has been raised in 30 states and Washington, D.C., with at least eight states ready to begin phasing in a $15 minimum wage.

The petition has been met with opposition from business groups that said it could hurt small-business owners, many of which are already having difficulty filling jobs as the country emerges from the coronavirus pandemic.

Bryan Slone, president of the Nebraska Chamber of Commerce, told the Journal Star earlier this year hourly wages are already increasing as employers try to lure workers back to the job, which could render the initiative a moot point.

"The $15-per-hour campaign benefits big businesses at the expense of Main Street job creators," a spokesman for the governor said in a statement. "The governor is especially concerned about how this could impact jobs in small towns and underserved communities."

Raise the Wage Nebraska organizers said a study done by the Economic Policy Institute indicated women and individuals of color would benefit most from hiking the minimum wage. The Arc of Nebraska said workers with disabilities would also benefit.

Amy Bennett, executive director of the YWCA of Grand Island, called raising the minimum wage good economic policy that backs up Nebraskans' values of looking out for one another.

"It has been linked to an increase in consumer spending, and can begin to reduce reliance on public benefit programs which are funded by taxpayers," she said.

Robinson, who said she has found a higher-paying job that allows her to achieve work-life balance, said other workers deserve the same.

"Workers are worth a wage that doesn't sacrifice their health or their identity for it," Robinson said.

Comparing minimum wage to the cost of living in every state

Comparing minimum wage to the cost of living in every state

Conservative activists in Nebraska are turning to voters to enact a voter identification requirement, an issue that state lawmakers have block…

Supporters say requiring voter ID in Nebraska is a reasonable safety measure. Opponents say it’s an unnecessary obstacle. But they both agree …

Supporters must acquire a currently estimated 124,000 signatures that include the names of at least 5% of the registered voters in 38 of the s…

The website Nebraskans use to file for unemployment benefits will be unavailable through early next week while it undergoes upgrades.

Nebraska counties could raise minimum wages under bill in Legislature

State Sen. Eliot Bostar of Lincoln introduced the bill, saying his goal is to let county leaders set wages that make sense for the local econo…

Groups are working to put voter ID, medical marijuana and minimum wage increases before Nebraska voters. But one of the committees is working …

Raise the Wage Nebraska said it has collected more than 130,000 signatures on a petition to raise the minimum wage to $15 per hour by 2026.

Trees throughout Texas snap under the weight of days of ice

Trees throughout Texas snap under the weight of days of ice

Did you know that these small insects can create ocean currents?

Did you know that these small insects can create ocean currents? 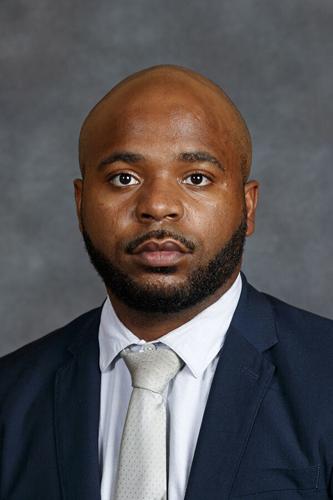 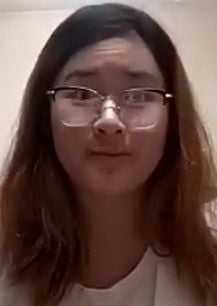