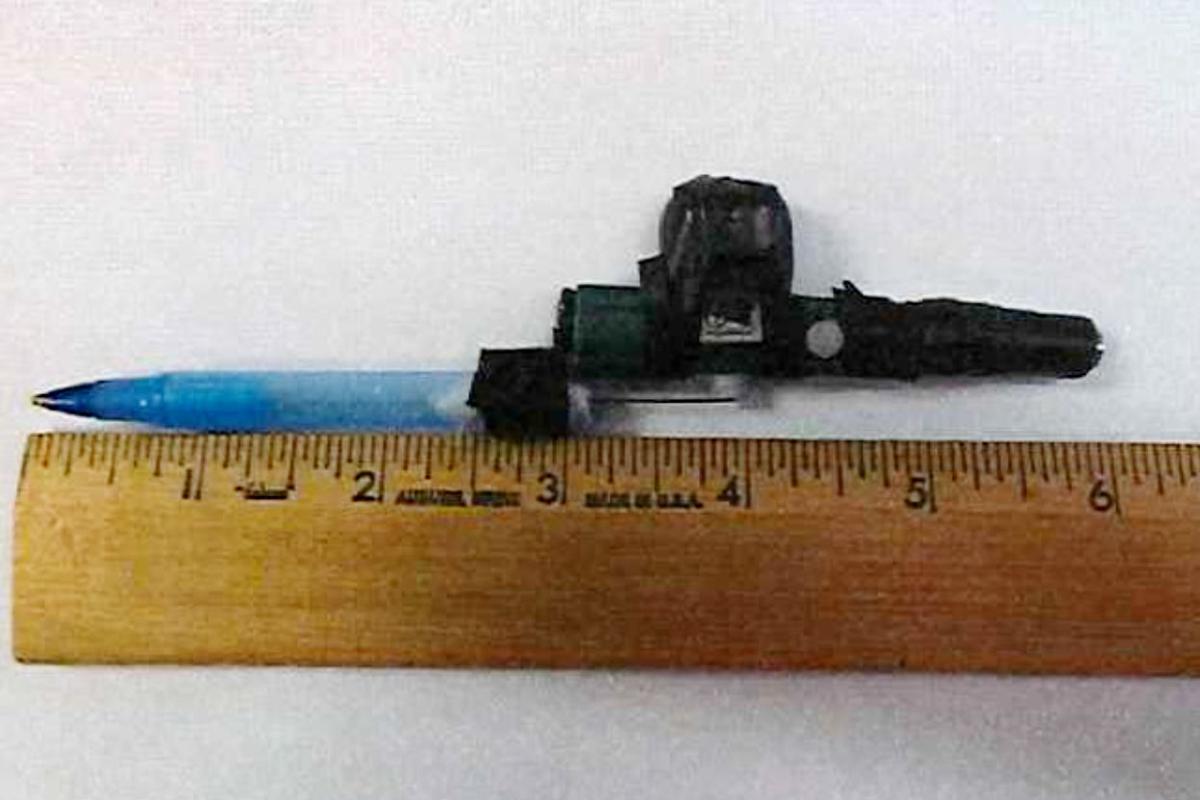 A makeshift tattoo machine was among contraband confiscated during recent searches conducted at the Nebraska State Penitentiary. 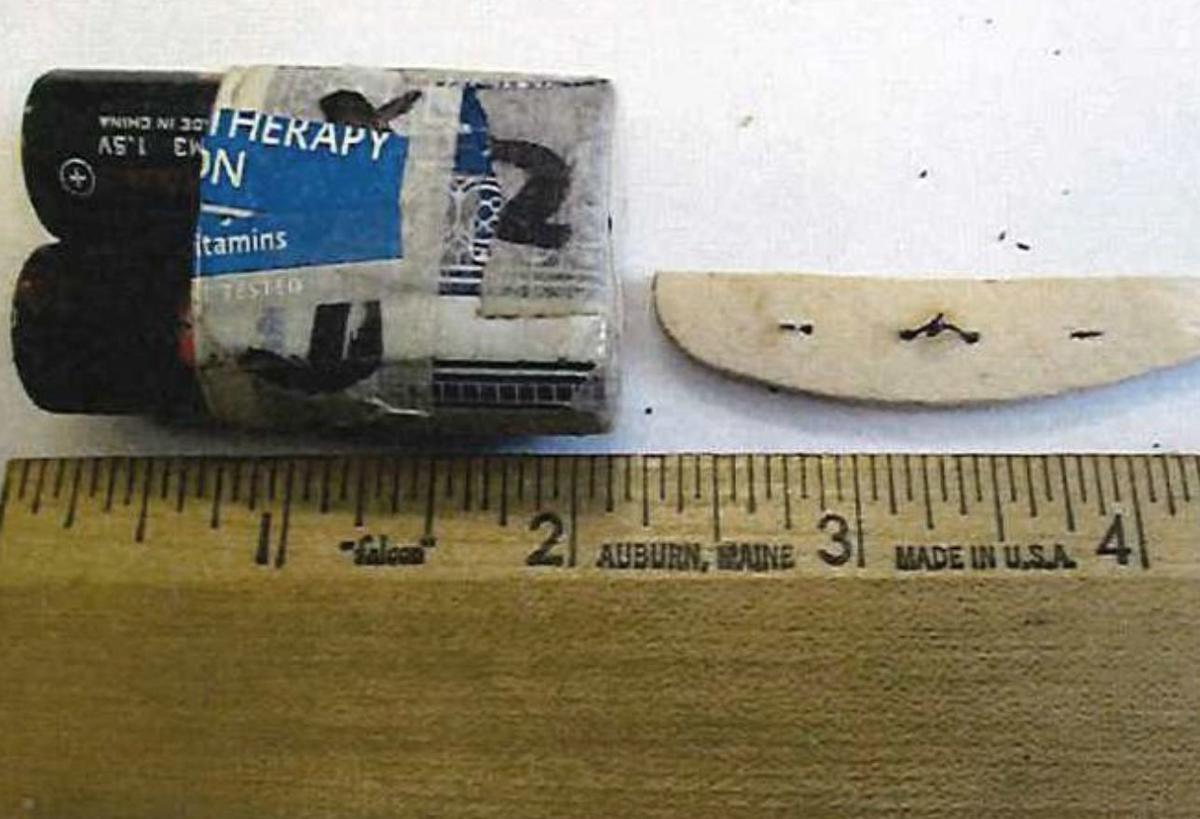 A handmade lighter made with batteries and was confiscated during recent searches conducted at the Nebraska State Penitentiary. 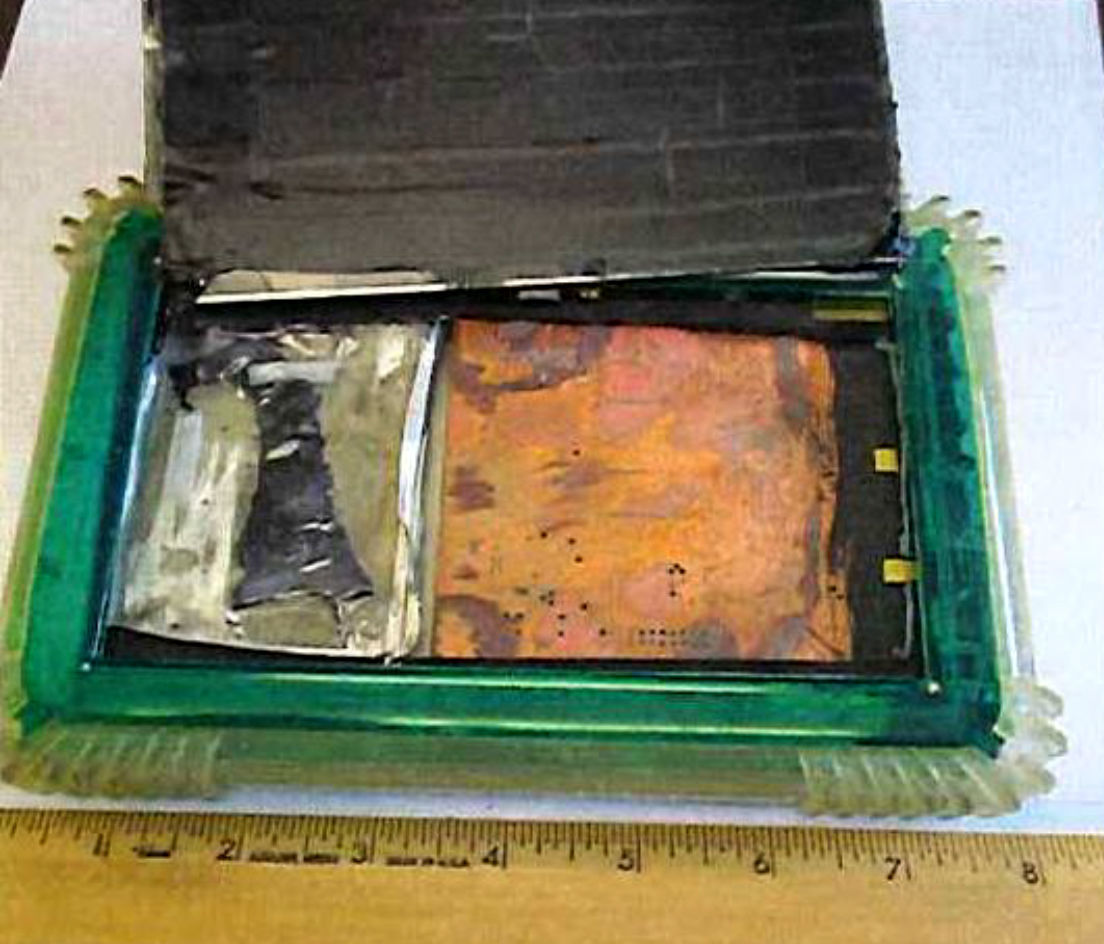 A tablet computer that is authorized for purchase by inmates was altered to conceal a smartphone. It was among items confiscated during recent searches conducted at the Nebraska State Penitentiary.

A lot of "nuisance" items and more serious contraband were found in a search of the Nebraska State Penitentiary last week, Department of Correctional Services Director Scott Frakes announced Wednesday.

The prison was on lockdown for several days, with all inmates confined to cells and under direct escort any time they were outside their cells. Outside visitations were also stopped while searches were conducted.

Frakes released photos Wednesday of items found in the searches that had a potentially serious impact on safety, security and order.

They included makeshift tattoo machines, homemade weapons, syringes and lighters. Drugs were also found, including K2, which was discovered inside cigarettes, wrapped in small bundles and loose in baggies, Frakes said in a news release.

“One of the most interesting items was a smartphone concealed inside of one of the tablet computers that is authorized for purchase by inmates," he said. "The device had been altered in such a way that the phone fit snugly inside. It serves as a good example of the lengths people will go to in order to hide unauthorized items."

Finding so many different forms of contraband meant the search was well worth the effort, he said.

The prison was locked down and the search initiated because of a recent increase at the prison in assaults, drug use and possession of contraband, including weapons and cellphones. Frakes decided to take a "no-holds-barred approach" to stopping the increase in disorder, he said last week.

“We need to be attentive to all the different ways that contraband finds its way into a facility," he said. "In the last week, we have had a staff member as well as a visitor arrested on charges related to bringing items into a facility. The consequences are serious for people willing to assume that risk.”

Prison employee Dana L. Johnson, 27, of Seward, was arrested Friday night on an allegation she had smuggled a cellphone to an inmate at the Lincoln Correctional Center. Lancaster County prosecutors Monday charged Johnson with unlawful acts in the Department of Corrections.

Nebraska State Patrol Trooper Michael Thorson alleged Johnson, a caseworker, had become involved with an inmate and provided him a cellphone she smuggled into the prison. He said she also was caught on video delivering a package of drugs to another inmate.

Johnson faces a single felony on the allegations.

In addition, Tuesday, Bridget Matson, 41, a chemical-dependency supervisor at the Work Ethic Camp in McCook, was arrested by the State Patrol for unauthorized communication with a prisoner and sexual abuse of an inmate.

Full lockdown ends at Nebraska State Penitentiary, but no outside visits yet

The Nebraska State Penitentiary has ended a full lockdown, but will stay on modified operations at least through the weekend, Department of Co…

The Nebraska prisons director has had it with misbehavior at the Nebraska State Penitentiary.

Josh Hoyer & Soul Colossal took a couple of turns at the Nebraska State Penitentiary on Tuesday, entertaining prisoners inside the walls f…

As a federal lawsuit filed by the ACLU of Nebraska against the Nebraska Department of Correctional Services winds through the courts, the ACLU…

Minimum sentences for publication, one or more of the following: 60 days’ jail, $1,000 total fine, one year probation or license suspension. C…

Crowded conditions and the need for more staff, two problems that have plagued Nebraska prisons in recent years, were highlighted again in the…

A second search Wednesday of the Nebraska State Penitentiary, using multiple agencies, including SWAT members and K-9 teams, has resulted in c…

A 26-year-old former prison employee is accused of smuggling jewelry, cellphones and drugs to an inmate at the Lincoln Correctional Center.

For the second time in a month, an outside agency assisted Nebraska Department of Correctional Services staff members in searching one of the …

An 18-year-old man was seen along South 14th Street throwing a package over the wall of the prison, the Corrections Department said.

A makeshift tattoo machine was among contraband confiscated during recent searches conducted at the Nebraska State Penitentiary.

A handmade lighter made with batteries and was confiscated during recent searches conducted at the Nebraska State Penitentiary.

A tablet computer that is authorized for purchase by inmates was altered to conceal a smartphone. It was among items confiscated during recent searches conducted at the Nebraska State Penitentiary.