When state governments began calling for private-sector help in the fight against coronavirus earlier this year, that call was met by a cadre of tech companies from Utah.

The affiliates of Silicon Slopes, a nonprofit that represents the state's tech start-up community, launched a new public-private partnership to assist governments as they tackled challenges like test deployment, virus tracking and data collection.

The initiative was led by health care vendor Nomi Health, marketing analytics firm Domo, and Qualtrics, an online survey software company. Together, the companies had all been in talks to provide what they called a unified "crisis response service" for state governments — a means for officials to augment and extend testing efforts.

Josh Walker, co-founder and COO of Nomi, told Government Technology that his company saw an opportunity to fill in the gaps where governments were struggling with the scale of COVID-19 test deployment and virus tracking.

"A number of organizations in states were trying to determine what their response would be to (the) coming pandemic, and you had fears that hospitals would be overrun," Walker said. "As we raised our hand in Utah initially to help the state respond to the pandemic, it became very apparent that what was missing around the U.S. was a body to bring together all those disparate point solutions that were powerful in and of themselves but that needed to be knitted together to create a comprehensive strategy and solution."

The collaboration began in Utah, where the companies struck a deal with Gov. Gary Herbert's administration to help launch TestUtah. The program offered a number of services, including a symptom-testing website and physical testing sites. While the services were initially offered for free, the companies eventually expanded their services, signing around $11 million in contracts with the state.

After this initial burst of success in Utah, the companies saw the opportunity to expand.

Advertising their services to other governments, the companies quickly garnered partnerships in Nebraska and Iowa. Beset by the unpredictable virus and facing anxious constituencies, the administrations in both states hurriedly used emergency buying powers to sign no-bid contracts amounting to $27 million and $26 million, respectively.

Under those contracts, the vendors promised to deliver an all-in-one solution to augment state and municipal testing efforts: Qualtrics would deliver an accessible symptom-checking website; Domo would provide data sharing and analytics solutions to state officials; Nomi, meanwhile, would act as an overall coordinator for the organizations and processes at play providing materials for pop-up test sites and connecting vendors, state health agencies and public officials.

State administrations would staff and run the testing sites themselves. As Nebraska Gov. Pete Ricketts explained during a news conference, the companies would "deliver the test kits and really kind of make it a turnkey delivery for us with regard to machines, the test kits and all that sort of thing. Though we will be here in the state of Nebraska managing that lab. It’ll be Nebraskans that are running it. It’ll be Nebraskans who are running the test sites and so forth."

"We became essentially what is the general contractor, the connective tissue, amongst a number of solutions coming together to (produce) a comprehensive ... statewide COVID testing response-as-a-service," said Walker, about Nomi's role in the projects.

The companies appear to have positioned themselves to develop similar contracts nationwide with Domo apparently registering similar website domains for all fifty states — TestFlorida.com and TestTexas.com, for example.

Yet, some say what followed in Utah, Iowa and Nebraska fell short of the ideal public-private partnership, pointing to trouble ramping up to meet testing demand and questions over test accuracy. Lawmakers in all three states asked administrations to end the contracts.

Now the company contracted to conduct the actual tests, Co-Diagnostics, is being sued by one of its investors, which alleges that the company engaged in a "pump-and-dump" scheme to up their stock price through exaggerated claims.

The lawsuits claims that Co-Diagnostics announced in early May that its test was 100% accurate, but that those claims were not accurate. The company has said that it doesn't agree with the allegations in the lawsuit, providing a statement to Government Technology that says the company “stands behind the quality of our technology platform, and performance of our testing products. We intend to vigorously defend this matter."

A representative for Nomi also defended the testing company, explaining in a statement that "despite political chatter from senators, health experts and (the Food and Drug Administration) are all confident in Co-Diagnostics tests, and there have now been more than four third-party validations of them. If the FDA were not, the test would not be used."

The ambitions of these public-private partnerships were immense: to stand up large-scale testing procedures in numerous communities across multiple states in a tight time frame, with immense public pressure in the background.

Administrations in Iowa and Nebraska have so far disregarded much of the criticism of the partnerships.

Ricketts' office could not be reached for comment for this article, but has consistently defended its program. The office of Iowa Gov. Kim Reynolds, meanwhile, said in an email to Government Technology that the program had significantly improved since its launch.

In Utah, where these partnerships began, the long-term future of the program isn't totally clear. News reports suggest that the partnership between the state and Nomi Health had been renewed as of mid-June, but a spokesperson for the governor's office said the agreement is under review.

"The contract is under review to assess the effectiveness before renewing it," said Brooke Scheffler, public information officer for the Utah Governor's Office, in a recent email.

In May, suspicions about test accuracy cropped up when it was reported that TestUtah was returning an unusually low rate of positive test results. This spurred various reviews of the program's testing process.

Meanwhile, in Iowa, rollout of TestIowa was criticized for being slow to scale to the goal of 3,000 tests per day that was established at the outset of the program.

Tricia Kitzmann, Community Health Division manager with Linn County Public Health, said in an email that as of June 9, a total of 1,043 county residents had been tested through TestIowa. The test site in Linn County, Iowa's second most populous county, has been operating since the beginning of May.

Kitzmann also revealed that initially, many of the tests they received were inconclusive or showed inconsistencies, though Kitzmann said that in the past few weeks things have improved.

"The data we are receiving now is much cleaner and (involves) very little duplications and inconclusive tests," she said.

Nomi's Walker said that the test materials for the sites were provided by the company, but that the sites were staffed and run by government agencies. The capacity to add 3,000 tests a day was a goal set by state governments themselves, which Nomi's infrastructure was provided to accommodate, he said.

"TestIowa is just one tool individuals can use to get a COVID-19 test," said Pat Garrett, spokesman for Gov. Reynolds' office, in regards to criticism of its rollout. "That being said, we have significantly ramped up testing and we now have TestIowa clinic sites, in addition to drive-up sites."

In Nebraska, meanwhile, available testing options have irked disability-rights groups for their lack of accessibility, something for which several local Democrats have swiftly criticized the Republican governor. That particular criticism, however, also applies to many of the country's pop-up test sites, which require a car and do not appear to be designed with disabled people in mind.

"We've worked very hard to support the state in making sure that those who need and want access to the program can get access to it," Walker said. "Ultimate decisions around how that's done, how that's accomplished, is left up to the state, who is running and directing the program."

Indeed, all three states recently decided to renew contracts to continue the programs, with Utah extending through mid-July. The programs have definitively helped widen the scope of testing efforts; governments are still expanding these efforts, too. In May, Iowa was able to nearly double its testing capacity, going from some 1,400 tests per day to a little over 3,000. It's not totally clear how much of that was because of TestIowa, according to the Des Moines Register.

"The uniqueness of the solution has really been a convergence of taking technology and applying it in new ways to help states respond to a crisis," Walker said. "Through this process, the programs that we've been able to stand up are now available to 8.3 million people across the state. We've done more than a million assessments. We've tested through these programs more than 150,000 individuals. And our average turn around time is about 40 hours.

"From that perspective, it's been wonderful to be a part of the state's response efforts on a big level," he added.

Lucas Ropek is a staff writer for Government Technology. He has worked as a newspaper reporter and writer in Massachusetts and New York. He received his bachelor's degree in English from Kenyon College in Ohio. He lives in Northern California.

Dr. Anne Perlman said Lancaster County has been "relatively lucky" so far but said she is concerned about a rising positive test rate and increases in young people diagnosed with the disease. 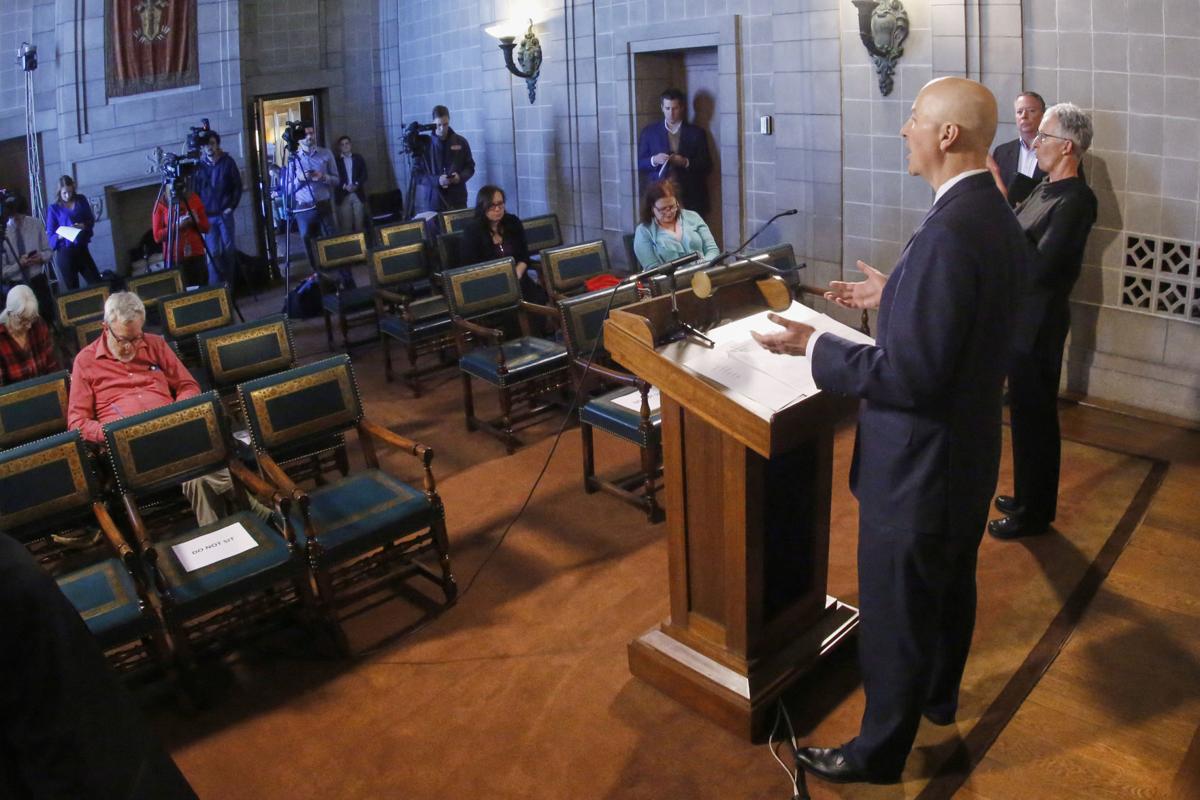 Gov. Pete Ricketts, speaking in March, said coronavirus testing is being run by Nebraskans. The state has contracted Utah companies to assist with the widespread testing effort. 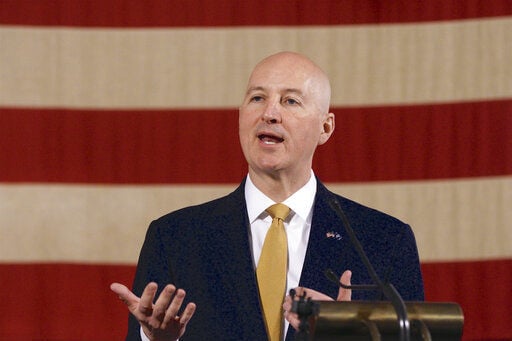