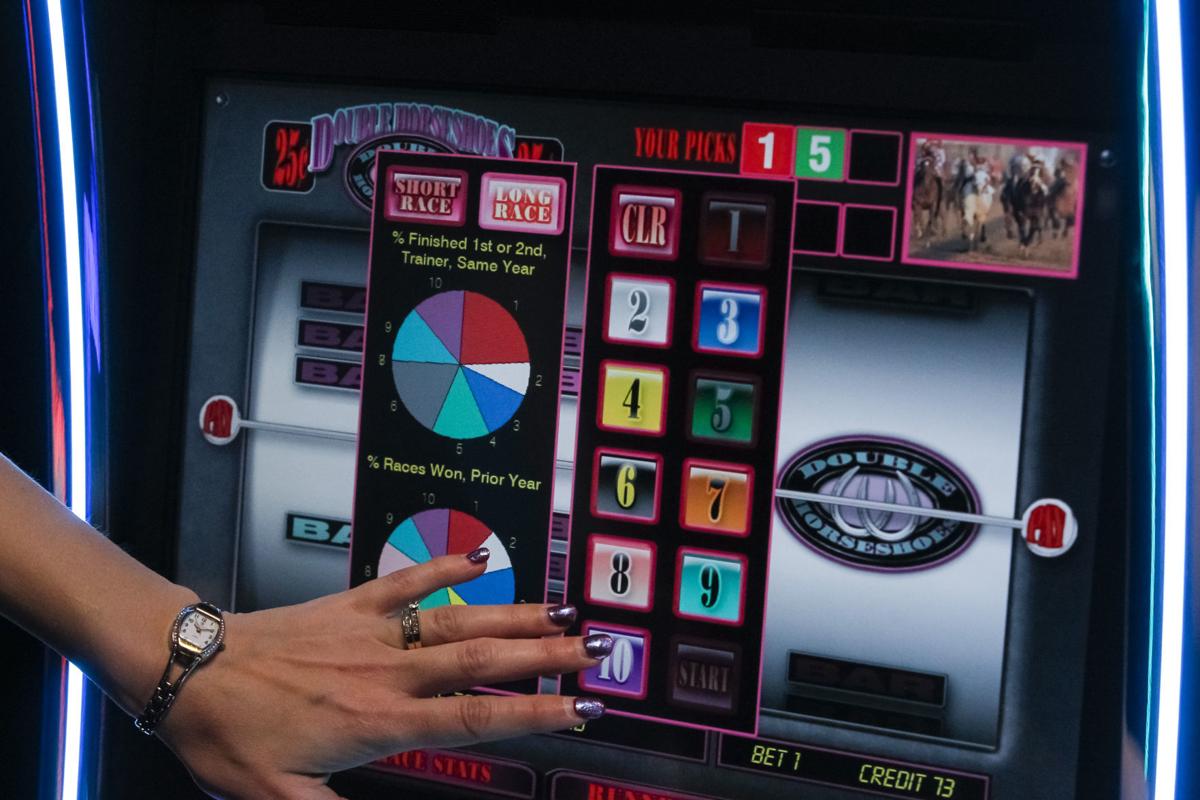 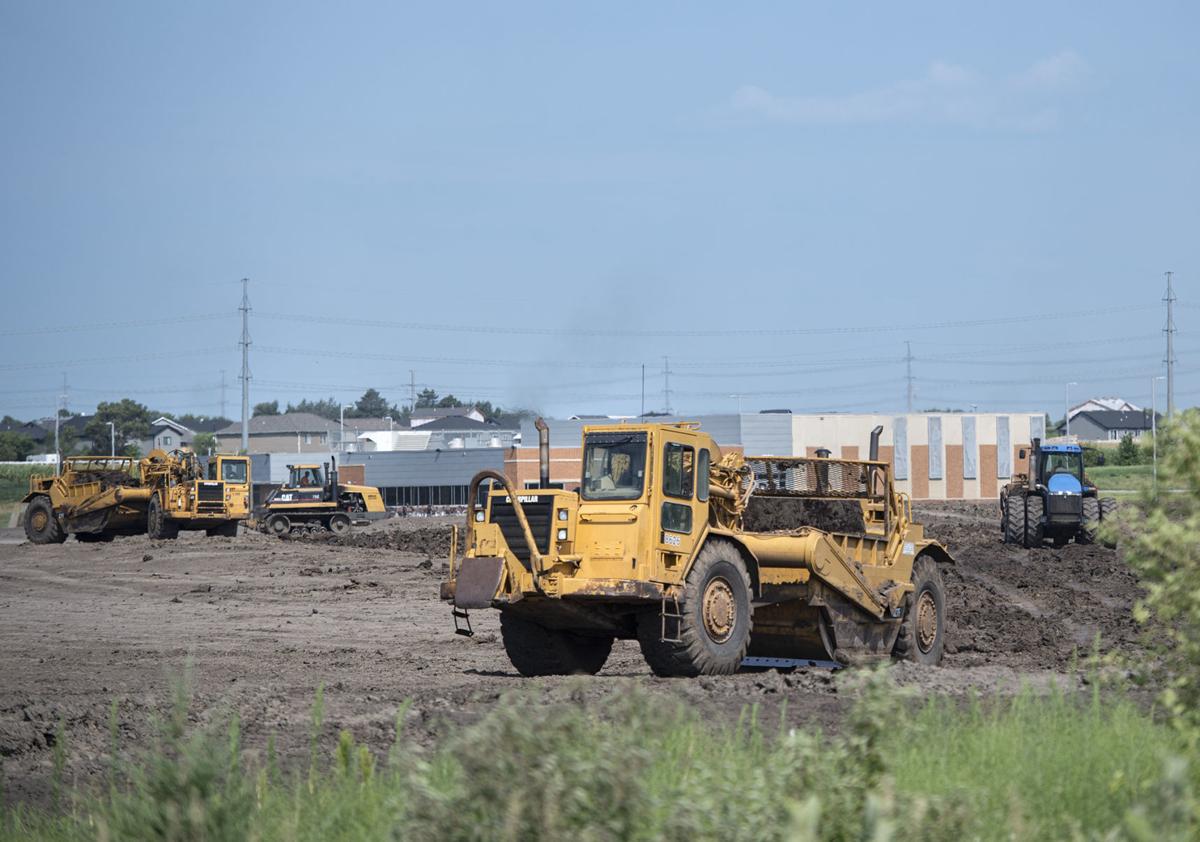 On a 3-2 vote Wednesday, the Nebraska Racing Commission gave the green light to add terminals that allow bettors to place wagers on unidentified horses from previously run races nationwide.

Chairman Dennis Lee of Omaha said he researched the laws and regulations surrounding horse racing and pari-mutuel wagering and he believes these terminals, which look like slot machines, are legal.

"We're not blazing a new trail in Nebraska," Lee said, noting that several other states, including Kentucky, Wyoming, Oregon and Alabama, have added this form of wagering.

The racing commission first approved the addition of the terminals for the Grand Island track in October on a unanimous vote.

And at a meeting in January, commissioners heard testimony on the historical horse racing terminals from supporters and opponents before taking the matter under advisement.

Opponents of expanded gambling in Nebraska warned that these machines looked, acted and are played just like slot machines.

But manufacturers of the terminals say the machines allow users to pick the unidentified winning horse based on information available, not unlike wagering on a live race.

The state’s horse tracks for years have seen the terminals as a way to draw more people to the tracks and keep the struggling industry viable after decades of decline.

It's a contemporary form of pari-mutuel wagering "just as the superfecta was 30 years ago and the quick-pick was 40 years ago," Chris Kotulak, Fonner Park's chief operating officer, said after the vote.

The commission's decision won't be effective until a final order is issued in about three weeks, and Kotulak said Fonner Park would not install the equipment before that order is final.

He believes the PariMAX terminals by AmTote International could be ready for Fonner Park visitors as soon as Labor Day but likely before Thanksgiving.

Should a legal challenge arise, Kotulak believes the courts should allow the machines to continue operating like they did in Kentucky, where hundreds of millions in tax revenues were generated by the historical horse racing terminals during an eight-year legal fight over the issue.

"If we get those machines, the terminals, in, and they start churning, I think many heads will be turned not only at the significant windfall for Nebraska horse racing but for Nebraska tax revenue," he said.

Kotulak said he estimates Fonner Park could easily generate $15 million in state and local tax revenue for the terminals over the first year.

Helen Abbott Feller of Wisner and Jeffrey Galyen of Norfolk joined Lee, of Omaha, in voting yes. Voting no were Janell Beveridge of Paxton and Thomas Patterson of Cambridge.

Beveridge, who initially voted for historical horse racing last October, when she felt the commission had the authority to approve it, said the legal opinion expressed by Peterson following that vote gave her pause.

She agreed with the caution urged by Bob Moser Jr., president of the Nebraska Horsemen's Benevolent and Protective Association, that tracks rushing to turn on the machines in Nebraska could have dire consequences for the industry overall.

Once up and running at Fonner Park, the use of historical horse racing terminals would almost certainly expand to tracks in Lincoln, Omaha, Columbus and South Sioux City.

"I'm all for the betterment of (the industry)," Beveridge said. "I just want to make sure it's legal."

“These are slot machines, and they’re going to get sued by the attorney general or by us,’’ she said.

Peterson doesn't believe historical horse racing falls within the legal definition of pari-mutuel betting and he doesn't believe the commission has the power to authorize expanded wagering in Nebraska.

A deputy in Peterson’s office warned the commissioners at their January meeting that they would not be defended by the Attorney General in any lawsuit arising from a vote to approve the terminals' use.

In a statement, a spokeswoman for the Attorney General's Office said Peterson will "determine the appropriate response" after the commission's order is finalized.

Since January, commissioners have been considering whether to approve Fonner Park's request.

Previous efforts to allow betting on historical horse racing through the Legislature and at the ballot box have both failed.

Meanwhile, organizers continue to gather signatures for a 2020 ballot initiative seeking to legalize casino gambling at the state’s horse tracks.

That initiative, called “Keep the Money in Nebraska,” is backed by Ho-Chunk Inc., an economic development corporation owned by the Winnebago Tribe in Nebraska, and the state HBPA.

That petition is available at horse tracks in Nebraska, including Lincoln Race Course, and Lynne Schuller of the association said signatures are being verified as they're collected.

With that petition drive underway, Loontjer said she doesn’t understand why Fonner Park and the commission didn't wait for it to play out.

“I really don’t why they’re asking for trouble this early,” she said.

GRAND ISLAND — Lincoln Race Course will wait until November to run its required live race for 2019.

Lincoln Race Course was originally slated to debut its new, seven-furlong track in September. Officials hoped the new track, the largest in th…

Horse racing industry proponents see these terminals as a way to draw more people to the tracks and sweeten purses for live races.