The agreement under which Nebraska sent its state troopers to the Texas-Mexico border includes no provision for Texas to pay the estimated cost of $334,000.

A statement from Gov. Pete Ricketts and the Nebraska State Patrol said that it's still possible that the state could be reimbursed. But it's unclear how that would happen.

Ricketts is among several GOP governors who sent law enforcement in response to requests from the governors of Arizona and Texas, who are also Republicans. The border-state governors sent a letter June 10 requesting other governors send all available law enforcement “in defense of our sovereignty and territorial integrity,” citing a crisis at the border.

An agreement related to the deployment states that Nebraska will not seek reimbursement from Texas. A Patrol spokesperson previously has said the funding was not finalized and said the cost of previous deployments like this one, made through the interstate Emergency Management Assistance Compact, had been reimbursed. The compact is a mutual aid agreement that allows states to share resources in emergencies.

The Nebraska Emergency Management Agency released some public records related to the mission to the World-Herald on Friday.

In a joint statement, Ricketts' office and the Patrol said a funding source had not been finalized, and reimbursement was still possible.

“The language in the agreement was included to expedite the deployment," the statement reads. "The State of Nebraska continues to work with Texas, and a funding source has not been finalized. Given the opportunity, the state will seek reimbursement. The state has the resources to pay for the deployment if reimbursement is not ultimately available.”

However, the documents show there was no apparent expectation that Texas and Arizona would foot other states' costs.

The two states sought assistance from states across the country "to provide the resources necessary to assist in fulfilling the federal government’s responsibility to secure the southern border" and asked assisting states to cover associated costs. The Texas Department of Public Safety requested 500 state troopers to support its border operations, according to the documents.

Cost estimates for the Nebraska troopers are not final, Patrol spokesman Cody Thomas wrote in an email.

"Final costs will be determined once the deployment is complete," he wrote. "As with any operation, real-time costs are paid for through the NSP budget."

Nebraska's costs are likely to be higher than the $334,000 estimate. Estimated personnel costs in the agreement cover 16 days for 26 personnel, and the original 16-day deployment was extended for some of the troopers.

Nebraska agreed to deploy 25 troopers, including logistics support, according to the documents. The team would include "marked or unmarked transportation as required to transport, patrol and command the element," and officers would be "equipped with standard police equipment in tactical uniforms appropriate for environmental conditions."

Ricketts announced the deployment on June 19. A few troopers went June 24 to organize logistics, according to Thomas. The rest traveled on June 27 and began work on June 28, he said. Their voluntary deployment was initially slated to last up to 16 days. Last week, though, the governor announced 15 troopers would stay two additional weeks while the rest returned home.

Total estimated costs for the mission, according to the agreement, include $83,912 related to travel, $234,554 for personnel and $15,546 for such things as water, fuel, snacks and clothing.

In all capital letters and bookended by asterisks, the agreement reads: "NEBRASKA WILL NOT SEEK COST REIMBURSEMENT FROM THE STATE OF TEXAS — COST ESTIMATES ARE ONLY INCLUDED FOR FUTURE AUDITING PURPOSES"

The agreement provided to the World-Herald does not have a state official's signature. However, Earl Imler, the Nebraska Emergency Management Agency's preparedness and operations section manager, confirmed it was the same as the final agreement. That agency serves as a point of contact to facilitate agreements related to the interstate compact.

Texas Public Safety declined last month to offer specific insight into what Nebraska troopers would be doing and declined a World-Herald reporter's request for a ride-along. Nebraska State Patrol also has provided few details — a description of the mission was redacted from the documents, which Imler said was due to safety concerns.

In his initial announcement of the deployment, Ricketts cited “the disastrous policies of the Biden-Harris Administration” for creating “an immigration crisis on the border.” The federal government had fallen short, he said, but Nebraska was “happy to step up” to help.

Critics such as state Democratic Party Chair Jane Kleeb and Rose Godinez, legal and policy counsel to ACLU of Nebraska, have said the deployment is political and have called for more transparency.

After the release of documents to The Associated Press, Iowa Gov. Kim Reynolds said that Iowa will cover the cost of its troopers’ deployment. Iowa sent 29 troopers for 16 days.

South Dakota Gov. Kristi Noem deployed National Guard troops using a private donation from a Republican donor, according to the Washington Post. Earlier this month, Taylor Gage, a spokesman for Ricketts, said in an email that Nebraska had “not been offered a similar opportunity.”

Photos: Scenes from the US-Mexico border amid rise in migrant crossings

The Algerian making his own instruments

The Algerian making his own instruments

World's largest cruise ship to hit the seas in 2022

World's largest cruise ship to hit the seas in 2022

Ever wonder how sinkholes are formed?

Ever wonder how sinkholes are formed?

National Guard, including Nebraska, set to cancel training until October because of funding impasse

Congress has failed to repay the $521 million it owes for Guard security forces in D.C. after the Jan. 6 attack on the U.S. Capitol. Nebraska could lose $3.4 million, says Maj. Gen. Bohac. 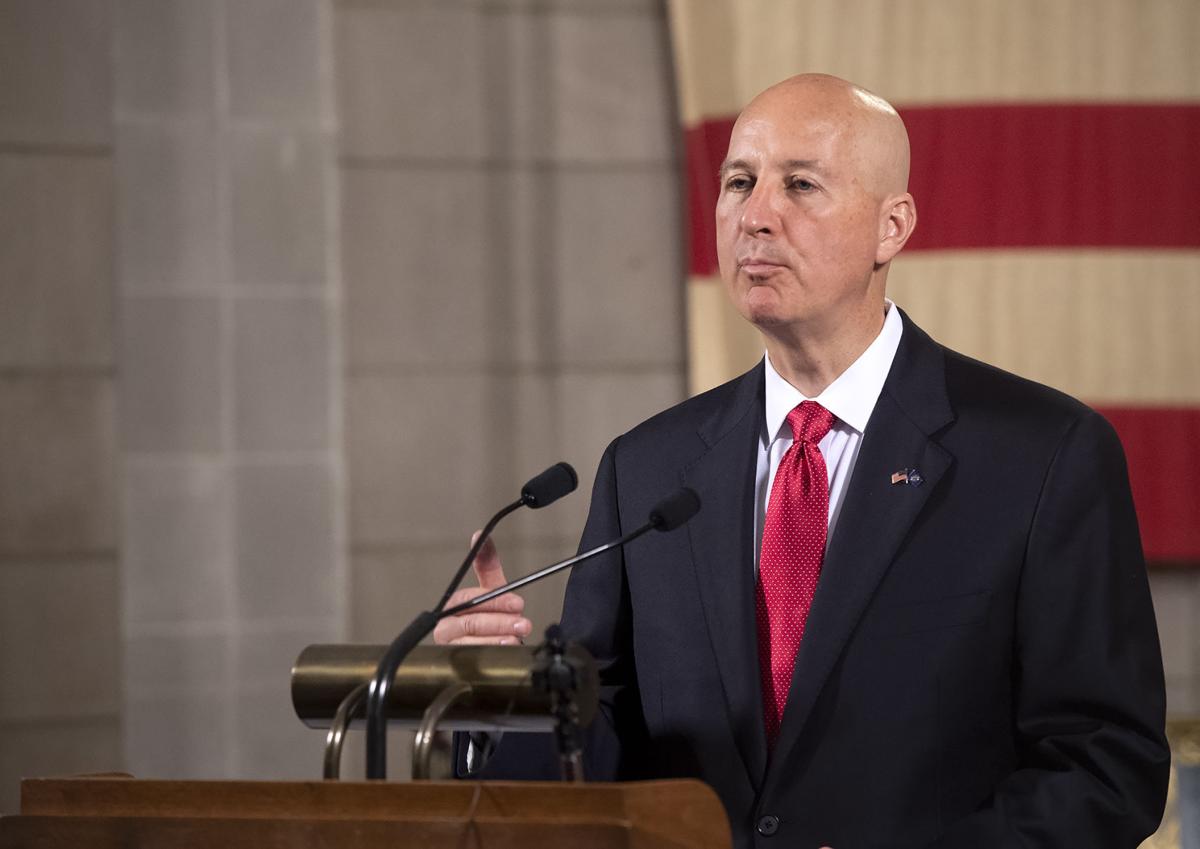 Gov. Pete Ricketts announced in June that a team of Nebraska State Patrol troopers would travel to Texas to assist in law enforcement at the U.S.-Mexico border. 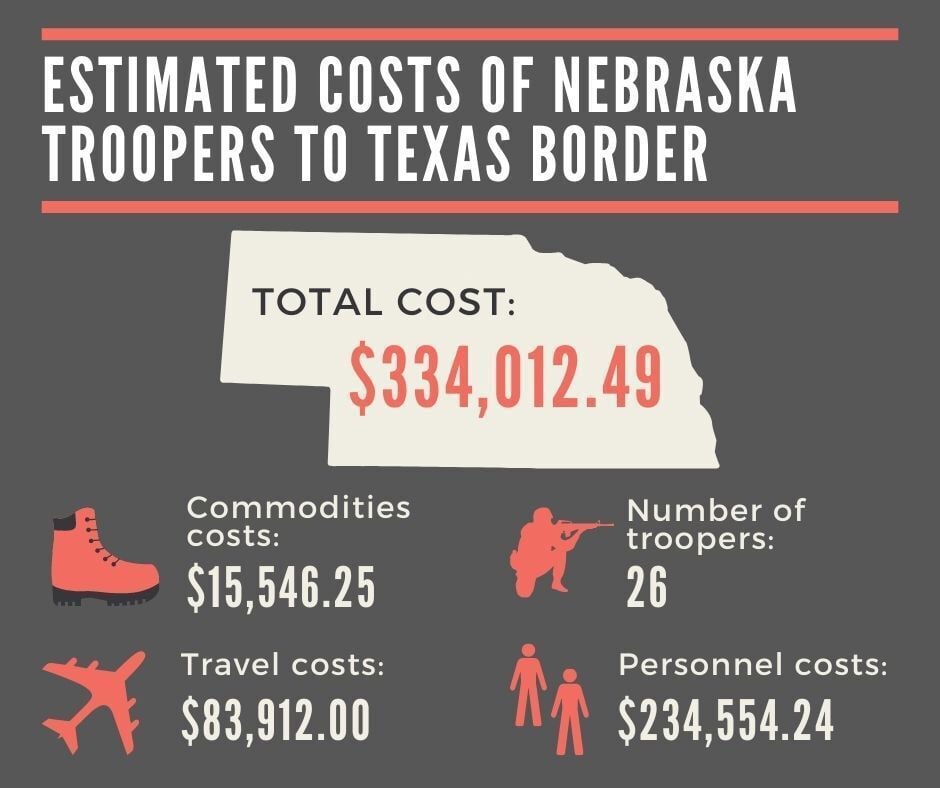