Bills vs. Titans: Follow the latest scores and updates from MNF

Mass migration into US is spreading 'health hazards across our country,' Ricketts says at border
0 Comments
Share this
Don Walton

Gov. Pete Ricketts was among 10 Republican governors who joined Texas Gov. Greg Abbott near the border with Mexico on Wednesday to call upon President Joe Biden to take action to secure the border and end what Ricketts described as "this humanitarian and security crisis."

Mass migration into the United States is spreading "health hazards across our country," the governor said during a news conference in Mission, Texas, claiming that thousands of COVID-positive people have entered the country illegally.

The president "thinks he can ignore" this crisis, the governor said.

"We are here to shine a light," he said, and force action to "help us stem this mass migration crisis."

The Nebraska National Guard is scheduled to deploy units from Grand Island and Columbus this month to help provide assistance at the border.

The deployment could last up to a year, Maj. Scott Ingalsbe, spokesperson for the Guard, said previously.

A total of about 150 guardsmen from the 1-376th Aviation Battalion, based in Grand Island, and the 128th Engineer Battalion, based in Columbus, will deploy at the direction of the federal government, according to Ingalsbe. They're replacing units from other states that have been deployed there, he said.

The federal government will pay for the deployment, Ingalsbe said.

The Nebraska State Patrol deployed 25 troopers to the Texas-Mexico border earlier this summer, in response to a joint request from Texas and Arizona. Public records obtained by the Omaha World-Herald revealed the state would be on the hook for the costs of the deployment, which Gov. Pete Ricketts and State Patrol officials estimated at $500,000.

Meanwhile, in Washington, Republican Sen. Deb Fischer joined 37 of her Senate colleagues in sending a letter to Department of Homeland Security Secretary Alejandro Mayorkas demanding answers on the agency's response to a surge of Haitian migrants in Del Rio, Texas.

"While we applaud the administration's original stated intent to expel the majority of migrants (or) to expeditiously remove them, we are concerned that DHS did not actually carry out this plan (and) undermined the deterrent effect of any future statements that the Biden administration will enforce our immigration laws at the border," they wrote.

Photos: Scenes from the US-Mexico border during height of migrant crossings

"The reason why rural senators have to reach into Lincoln is because there is not enough political will to move two seats from rural Nebraska" into urban areas, the senator said.

Sen. Tom Brewer of Gordon is leading the adventure that will include Sens. Anna Wishart of Lincoln, Justin Wayne of Omaha, Ben Hansen of Blair and Dave Murman of Glenvil.

"This is a once-in-a-lifetime opportunity," Sen. Anna Wishart of Lincoln told her fellow members of the Legislature's Appropriations Committee last week.

"This day was a long time coming," Sen. Tom Brewer of Gordon said of last week's ceremony. "For Natives, this is a moment to freeze in time." 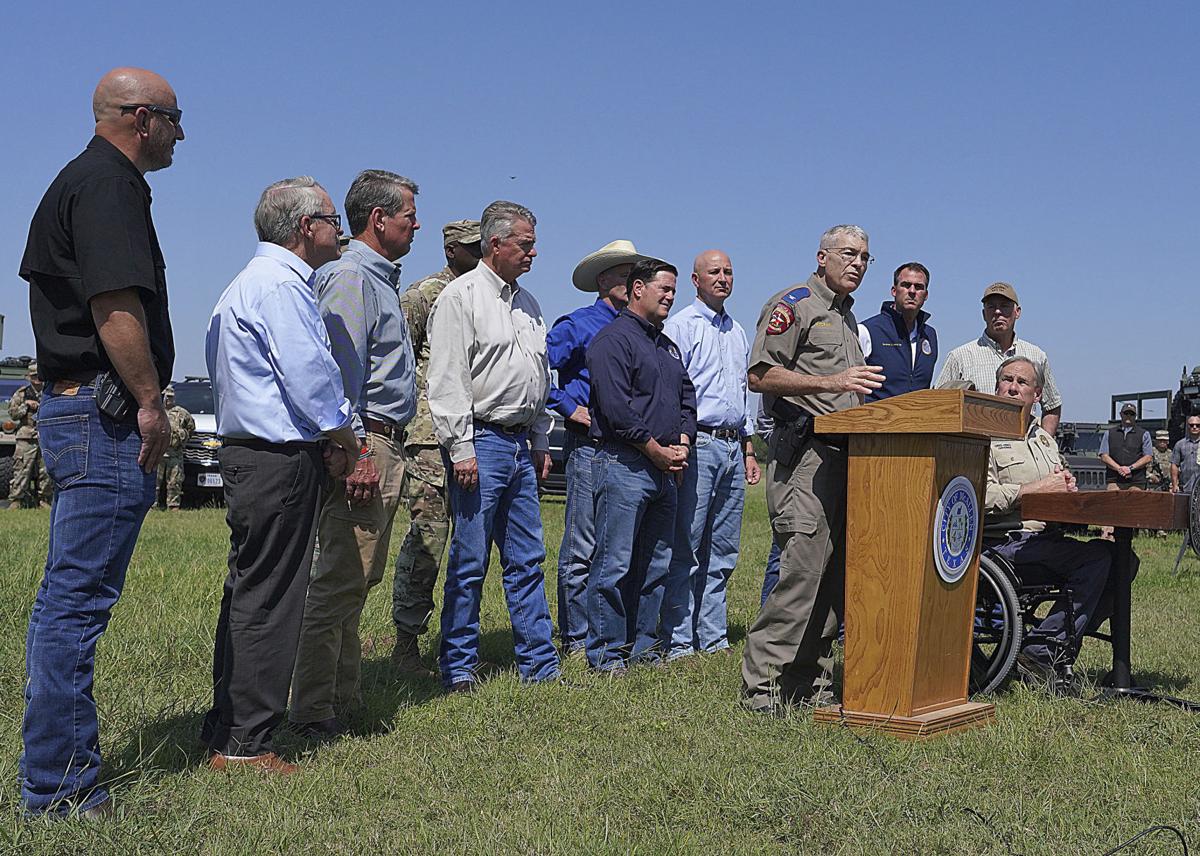 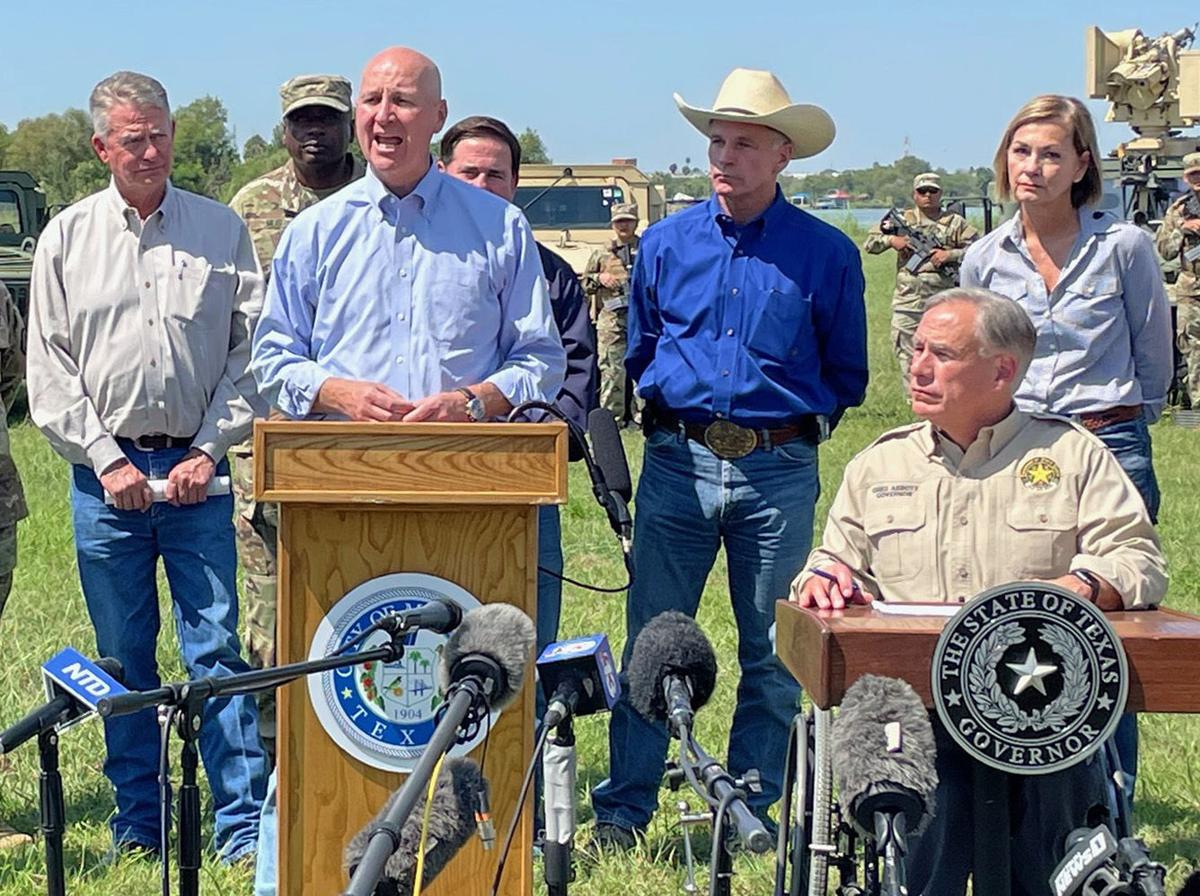 Nebraska Gov. Pete Ricketts speaks at a news conference on Wednesday on the U.S.-Mexico border. 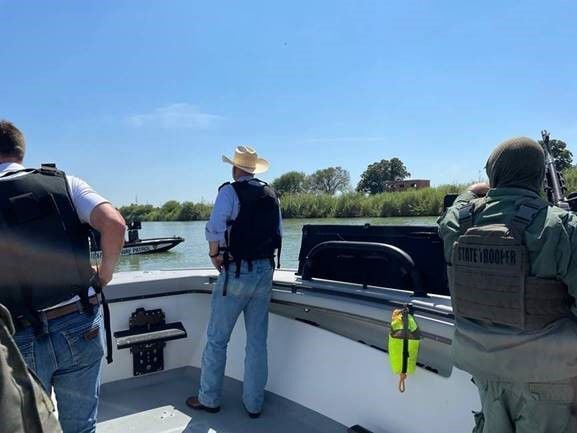 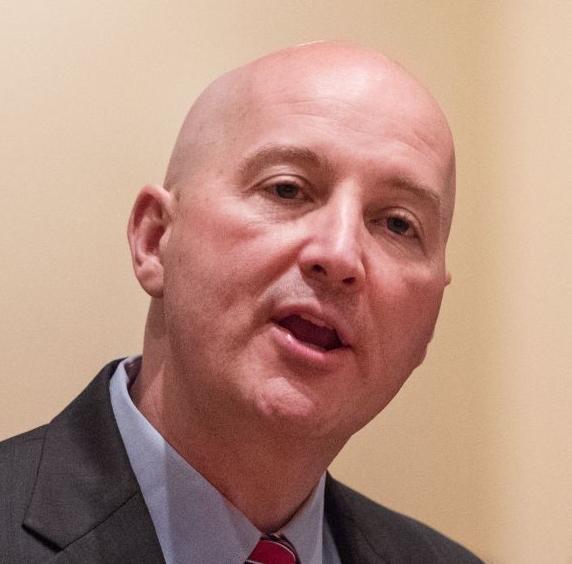