Nebraska Corrections Director Scott Frakes said Monday that names and other identifying information about members of the state's execution team could be removed from documents that he has refused to release about lethal injection drugs obtained by the state.

"It's physically possible to do so, yes," Frakes said, testifying at a hearing for a case in which the ACLU of Nebraska, the Lincoln Journal Star and The Omaha World-Herald are asking a judge to force him to release the records.

But Frakes made it clear he was concerned redacting the information wouldn't prevent identities of execution team members from becoming public.

Those names are confidential under state law.

Even identifying the state's lethal injection drug supplier might compromise those team members' names, Frakes said. And if their names became public, he said, he fears execution team members or their families could be threatened or harassed.

Lancaster County District Judge Jodi Nelson ultimately will decide if the documents are public records and whether the state should be ordered to release them. The documents include photos of drug packaging, purchase orders, emails between a prison employee and the drug supplier and between the DEA and the prison, and an invoice related to the drugs.

Assistant Nebraska Attorney General Ryan Post said the entities seeking the records couldn't show that the employees wouldn't be identified if the records were released.

"The case simply doesn't get off the ground," he said.

Post argued that when the Legislature passed the law making the team members' identities confidential, it created an express exception to public-records laws.

He called the lawsuits a "back-door means to frustrate the state's ability to carry out the death penalty."

Shawn Renner, a Lincoln attorney who represents the newspapers, argued the documents are public records and the easy answer is to redact information that identifies execution team members and release the documents.

He suggested Frakes could ask the drug supplier to not release the name of the prison staff member who ordered the drugs.

Frakes said he hadn't done so, but could.

Renner said it seemed the state wanted those seeking the records to prove what someone else might do with the documents if they are released, which is impossible.

"The question here is, are they public records?" Renner said.

"Legislatures are good places to make policy arguments. Courts are not," Renner said.

On the other side, Post said Frakes was concerned about just what Journal Star reporter JoAnne Young and World-Herald reporter Joe Duggan testified to: that if given information about the supplier they would investigate further. Which could lead to the name of a team member, he argued.

"This case is straightforward," he said. "We know that any time a shred of new information is released regarding the death penalty that death penalty opponents will investigate everything both upstream and downstream from that piece of information. And we can rest assured they will do so thoroughly."

And that's fine, Post said. But when they do, they'll discover an execution team member.

"And that is why we're withholding this information," he said, in asking the judge to dismiss the cases.

Young, Duggan and Amy Miller of ACLU of Nebraska all testified the prison had given out the same information prior to 2017 without raising that concern.

Attorney Spike Eickholt, who represented the ACLU, argued that what someone might do with the information is completely irrelevant.

"These are public records," he said.

Nelson took the matter under advisement.

TECUMSEH — A three-judge panel has decided that Patrick Schroeder deserves a death sentence for killing his prison cellmate last year. 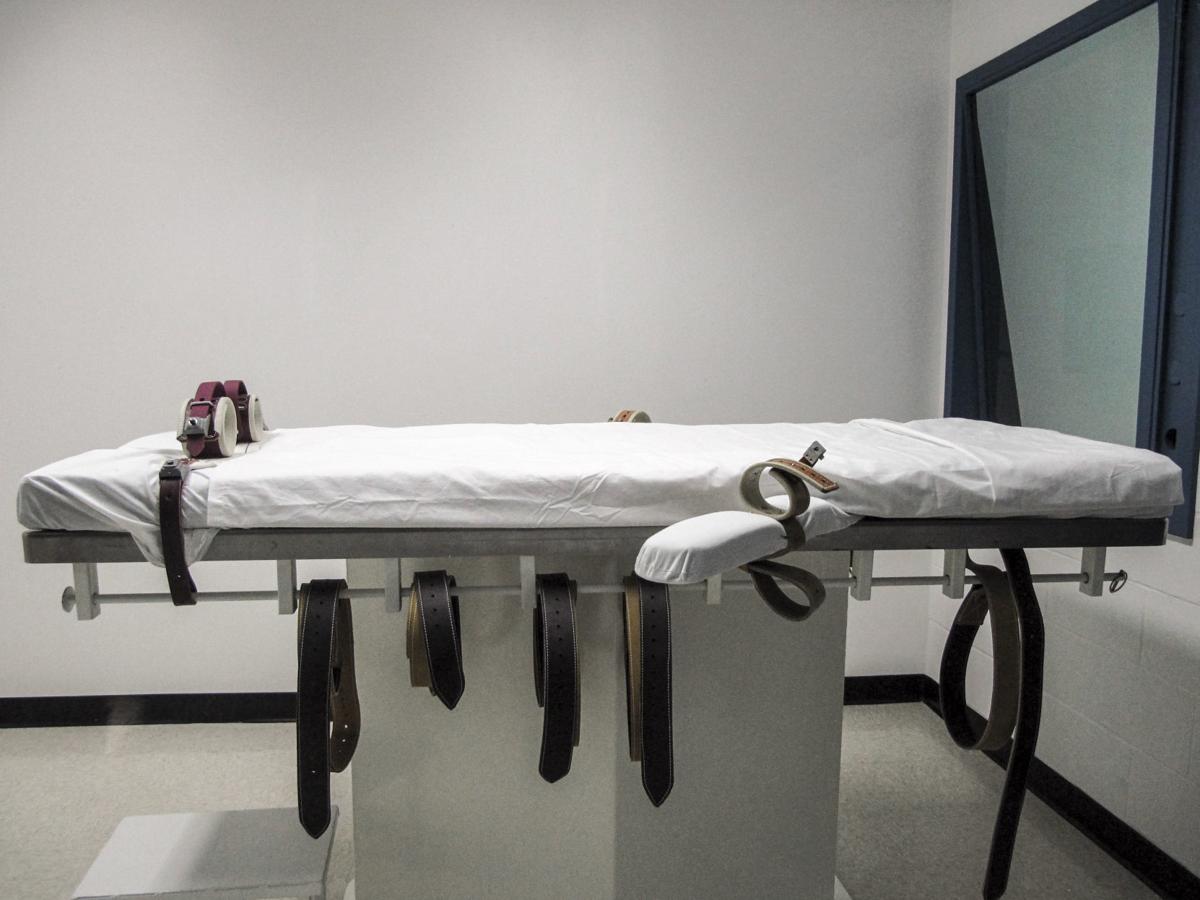 Nebraska's lethal injection chamber at the State Penitentiary in Lincoln. 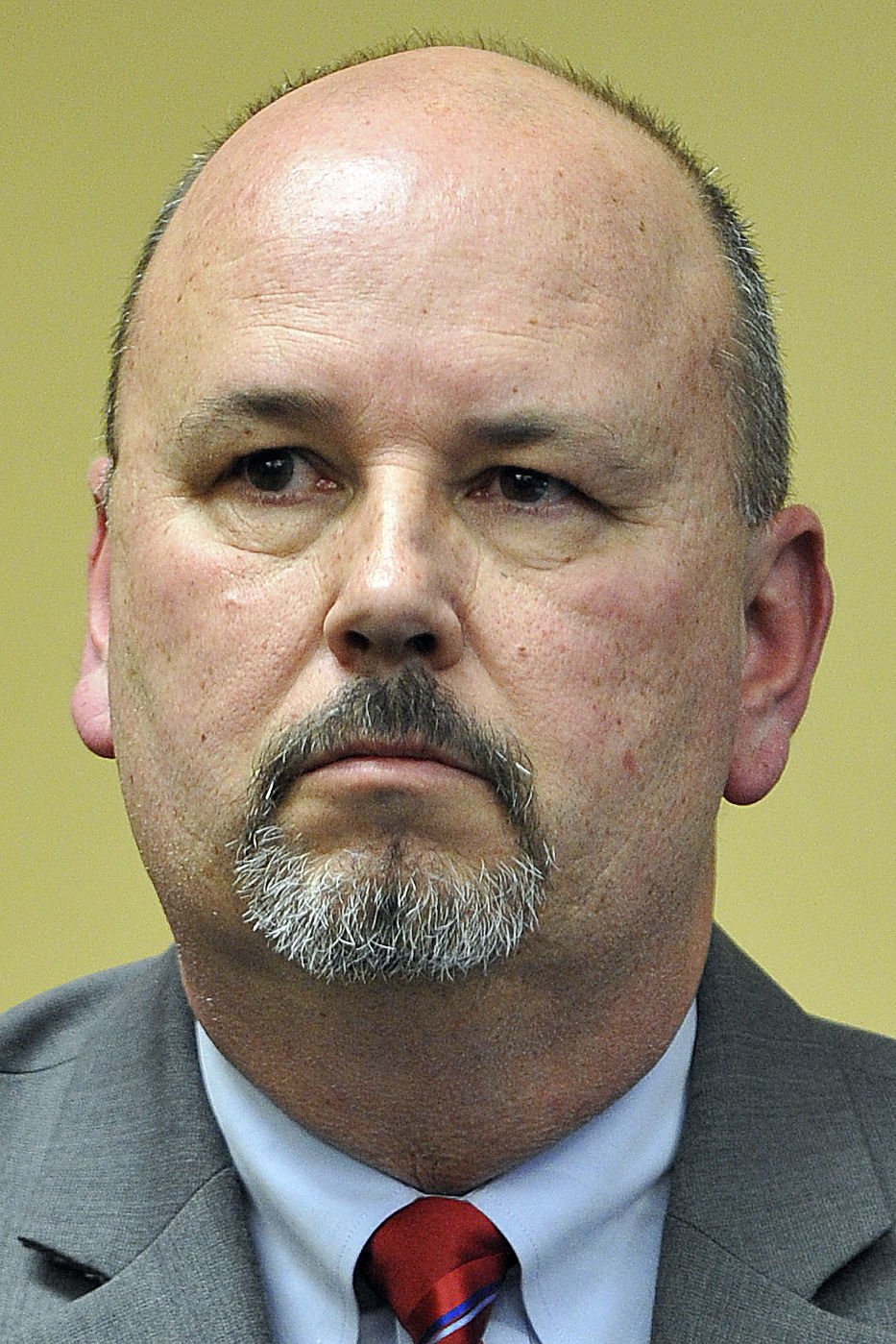