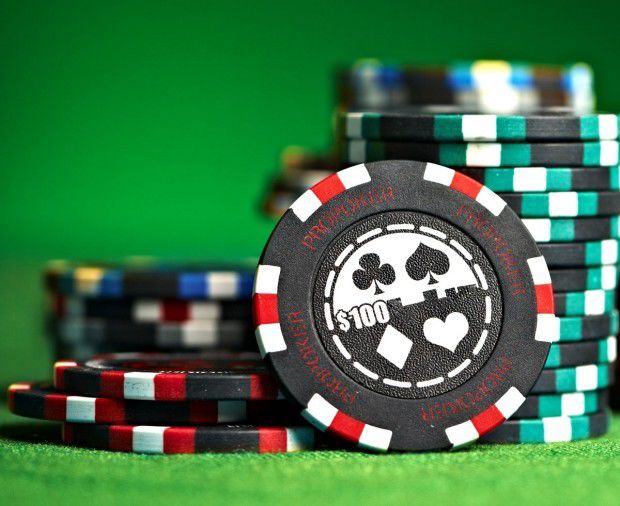 Lance Morgan, president and CEO of Ho-Chunk Inc., announced Thursday that a ballot initiative proposal has been filed with the secretary of state's office.

"Nebraskans' money is funding other states' priorities," he said. "There's a lot of good this money can do right here in Nebraska."

Nebraska is "missing out on taxes and proceeds from about $500 million that residents wager annually in surrounding states," the petition sponsors said in a news release.

A similar petition effort in 2016 failed to acquire the required number of signatures.

As was the case three years ago, the initiative campaign committee will be called "Keep the Money in Nebraska."

Ho-Chunk, which owns the Atokad track in South Sioux City, is partnering with the Nebraska Horsemen's Benevolent Protection Association to bring the issue to Nebraska voters.

Those connected to the racing industry have long viewed casinos as a lifeline for the state's horse racing tracks, which have suffered through decades of decline.

In 2017, wagering on live races and races simulcast to the wagering facilities in Omaha, Lincoln, Grand Island and Columbus totaled $67.9 million, the lowest total since simulcast wagering was added in Nebraska in the 1980s.

Many cited competition for gambling dollars in neighboring states as the demise of Aksarben, the nationally recognized Omaha track that closed in 1995.

This year, live racing is scheduled for 31 days at Fonner Park in Grand Island, 14 days in Columbus, nine days at Horsemen's Park in Omaha, three days at Lincoln Race Course and one day each at Atokad and Fairplay Park in Hastings.

Ho-Chunk is an economic development corporation owned by the Winnebago Tribe in Nebraska.

Nebraska allows betting on horse racing, keno, lottery and bingo but has long resisted expanding casino gambling or video slots. Referendums to expand gambling failed in 2004 and 2006. In 2014, an issue with the wording of a referendum kept it off the ballot; it would have allowed historical horse racing machines, which allow bettors to place wagers on unidentified horses from previously run races nationwide.

PIERRE, S.D. — A measure proposing that South Dakota voters should decide on legalizing sports betting in Deadwood got new life Monday after e…

CARTER LAKE, Iowa — The Ponca Tribe of Nebraska has opened its new casino on the Iowa-Nebraska border.

Pari-mutuel windows reopened Saturday at Ag Park, a week after the group that manages horse racing in Columbus expressed doubt about its future.

What are the odds of sports gambling becoming legal in Nebraska?

So the U.S. Supreme Court has cleared the lane for states to legalize betting on basketball.

Medicaid expansion delayed in order 'to do this right'

OMAHA — An Omaha middle-school administrator has been charged with first-degree sexual assault of a 12-year-old girl.

Don Walton: Fun in 2020 and a legislative system that works

Nebraska's 2020 general election should be fun.

Sen. Ben Sasse already has raised $2.2 million in campaign funds more than a year in advance of the 2020 Republican primary election and appea…

The most gambling-addicted states are...

Gambling exists in every state, even Hawaii and Utah, where gambling is prohibited by law. But not all gamblers are the same. “Recreational” or “social” gamblers, for instance, buy the occasional lottery ticket, take the rare casino trip or bet small stakes in fantasy sports. But they also are mentally able to quit at any point and prevent catastrophic financial loss.

SIOUX CITY, Iowa — The Hard Rock Hotel & Casino in Sioux City plans to convert a portion of its existing casino space into a new sportsboo…

The mailed card some Nebraska voters are receiving across the state says: OFFICIAL WARNING.