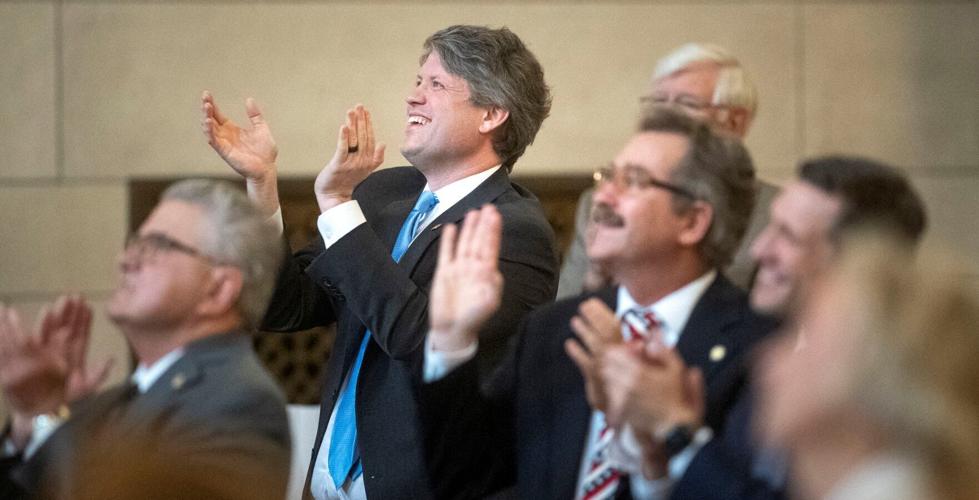 Speaker Mike Hilgers (middle back) cheers as his family is introduced on the last day of the 2022 legislative session.

Speaker Mike Hilgers said he’ll stay in the Legislature as long as he can before moving into the Nebraska Attorney General’s Office early next year.

Hilgers submitted a letter of resignation to Gov. Pete Ricketts on Tuesday outlining his plan to formally resign from the Legislature at midnight on Jan. 3, 2023.

The 108th Legislature will meet hours later on the morning of Jan. 4 — the first Wednesday after the first Monday of January, in accordance with the state constitution.

But by detailing his plan nearly six weeks ahead of time, Hilgers said he believes Ricketts — potentially in consultation with Gov.-elect Jim Pillen — will have plenty of time to find the man or woman who will finish out his second term in the Legislature.

Hilgers, a Republican, won election to the District 21 seat representing northwest Lincoln and northern Lancaster County in 2016 and was re-elected in 2020 before winning an uncontested race to become attorney general this year.

His legislative replacement will serve out the remainder of his term that expires in 2024 and will be eligible to run for two subsequent terms, potentially serving until the end of 2032.

“I didn’t want District 21 to be without a senator very long,” Hilgers said in a phone interview, “and I wanted to make sure the Legislature has a speaker. It’s important to have some continuity.”

A founding partner of the Hilgers Graben law firm, which has offices in Lincoln and Omaha as well as other cities across the U.S., Hilgers became the third senator from Lincoln to serve as speaker and the first to do so since Sen. Roland Luedtke in 1978-79.

That position, particularly on the tail end of the COVID-19 pandemic which saw $1 billion in federal aid appropriated to Nebraska to help in economic recovery, has kept Hilgers busy as he plans to jump from the legislative branch to the executive branch.

Hilgers has led the Statewide Tourism and Recreational Water Access and Resource Sustainability Committee, known colloquially around the Capitol as STAR WARS, which anticipates a feasibility study on a proposed event center at Niobrara State Park in the coming weeks.

He’s also a member of a committee chaired by Omaha Sen. Justin Wayne that oversees the funneling of American Rescue Plan Act funds into economic recovery projects in qualifying census tracts in North and South Omaha, as well as Lincoln.

The Select Interim Ethics Committee, which last week recommended the creation of a code of conduct for state lawmakers after misconduct allegations were made earlier this year against Sen. Mike Groene of North Platte by a former staff member, also did its work under the leadership of Hilgers.

And with the retirement of Clerk of the Legislature Patrick O’Donnell after 45 years serving the body, Hilgers said he’s helping develop hiring recommendations for the next clerk, who is in charge of ensuring procedures are followed and decorum is observed.

Put simply, there hasn’t been a good opportunity to step away, Hilgers said: “I’ve got a significant amount of legislative responsibilities left before the end of the year.”

Hilgers said his exit plan will follow two other former state senators in recent history who resigned from the Legislature after winning elections to other seats.

Then-Sens. John Murante of Gretna and Dan Watermeier of Syracuse both resigned in 2018. Murante won election as treasurer, Watermeier a seat on the Nebraska Public Service Commission.

Appointees to both of those seats were announced by mid-December. Former Sen. Andrew La Grone, who worked in Murante’s office in the Legislature, was chosen as the District 49 senator, while Sen. Julie Slama was selected to fill the remainder of Watermeier’s term in District 1.

Ricketts, who will serve as governor until Jan. 5, when Pillen will be sworn in as Nebraska’s 41st governor, will make his ninth and final appointment to the Legislature when he chooses Hilgers’ replacement.

The outgoing governor said a new senator will be named ahead of the 108th Legislature's opening gavel.

"I will work with Governor-elect Pillen's administration to appoint a replacement for District 21 prior to the beginning of the next legislative session," Ricketts said in a statement.

Speaker of the Legislature Mike Hilgers said Thursday that he has contacted multiple lawmakers to discuss a special session, but would not confirm whether he is proposing a 12-week ban.

Gov. Pete Ricketts has yet to give any indication that he will call for a special session to debate further abortion restrictions in Nebraska, leading some lawmakers to doubt it will happen at all.

"It’s going to be pretty devastating as far as institutional knowledge walking out the door," said one state lawmaker.

The influx of federal dollars will increase energy assistance to low income Nebraskans by about a third.

Speaker Mike Hilgers (middle back) cheers as his family is introduced on the last day of the 2022 legislative session. 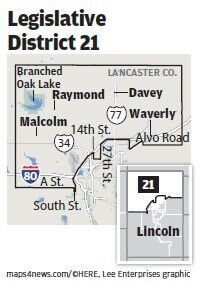 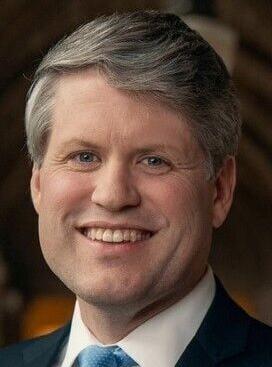