A spokesman for Rep. Jeff Fortenberry is tamping down a report Monday that the congressman was facing federal prosecution in connection with illegal campaign donations provided by a Lebanese-Nigerian billionaire.

In March, the U.S. Justice Department reached a settlement with the billionaire, Gilbert Chagoury, over his efforts to provide illegal "conduit" contributions going back to 2012 to political campaigns of four U.S. congressional representatives, including Fortenberry and former 2nd District Rep. Lee Terry.

Chad Kolton, a Fortenberry spokesman, said Monday that the 1st District congressman had begun fundraising this summer for an expected legal defense prompted by an FBI investigation into the donations.

"The people involved in that scheme were prosecuted, and no charges were filed against (Fortenberry)," Kolton said. "This legal expense trust was established in part to address costs associated with that investigation."

The Arlington, Virginia-based website Axios reported Monday that Fortenberry had set up a new "Fight with Fort" fundraising page for his legal expense fund. The Facebook page stated that: "(President) Biden’s FBI is using its unlimited power to prosecute me on a bogus charge."

The fundraising page, which was set up Aug. 27, according to Axios, has since been removed from public view.

But the page, accessed via a web archive, gave a dire financial pitch from the eight-term, Republican congressman: "Unlike Swamp Creature Nancy Pelosi, I’m a principled conservative who has NEVER abused my seat in Congress to get wealthy. And right now I'm facing the Deep State's bottomless pockets."

Kolton said that Fortenberry "never saw or approved" the language used on the fundraising Facebook post. The Fortenberry camp did not respond to questions seeking more detail on who made the posts.

Chagoury acknowledged he had paid $180,000 to individuals in the U.S. to provide donations to political candidates, and agreed to cooperate in the investigation. He reached a settlement with U.S. officials in 2019.

One of the billionaire's associates, Toufic Baaklini, of Washington, D.C., admitted getting $30,000 from Chagoury and giving it to an individual in January 2016 at a Los Angeles restaurant. That individual hosted a fundraiser at which several people were recruited to donate the $30,000 to Fortenberry's campaign.

Later, Baaklini said he saw Fortenberry in Washington, D.C., according to the documents. Fortenberry asked something to the effect of: “Do you think anything was wrong with the fundraiser?” Baaklini replied by falsely stating “no” and then asked why. Fortenberry reportedly responded “because it all came from the same family.”

The documents did not say whether the campaigns or candidates who got the Chagoury money were aware that the donations originated from a foreigner.

Campaign donors were identified in the documents by initials, amounts and dates only. A check by The World-Herald, however, matched that information with $30,200 in reported contributions to the Fortenberry campaign all dated March 12, 2016, by Joumana Abboud, Antoine Alwan, Antoine Ayoub, Brigitta Ayoub, Elias Ayoub, Mirelle Ayoub, Tamara Ayoub, and Claude Fadlallah. All listed addresses in California.

Baaklini was also listed as a donor to the Fortenberry campaign, but it appears that his $5,400 donation was later withdrawn, according to Federal Election Commission records.

Elias Ayoub was among the four donors listed in federal records as giving Chagoury money to Terry in 2014. Terry lost his re-election bid that year to Democrat Brad Ashford.

Fortenberry, 60, who represents the 1st District, which includes Lincoln, next faces reelection in 2022.

“Washington‘s bipartisan habit of pinballing from one crisis to the next makes things worse, not better," Sen. Ben Sasse said.

The 3rd District would continue to expand into the northeastern and southeastern boundaries of Nebraska, adding Thurston, Burt and Washington counties on the north and Otoe County on the south.

Lincoln is home to the largest community of Yazidis living in America now.

Starting Oct. 18, the prison will switch to a four-day operational schedule.

As for the $3.5 trillion budget reconciliation package that contains safety-net funding for social programs, Fortenberry said "it probably would be pared way back if it passes."

Rep. Jeff Fortenberry indicted for lying to FBI but says charge is false

A federal grand jury indictment charged U.S. Rep. Jeff Fortenberry on Tuesday with one count of scheming to falsify and conceal material facts and two counts of making false statements to federal investigators.

J.L. Spray, a Lincoln attorney and GOP national committeeman, said that such allegations would be "very out of character" for Rep. Jeff Fortenberry, who has represented Nebraska's 1st Congressional District since 2005.

What could happen next with indicted Rep. Fortenberry?

The indictment of U.S. Rep. Jeff Fortenberry could have a big impact on the Republican's future in Nebraska politics and the 2022 election, opening the door to possible outcomes that would have seemed far-fetched just days ago. 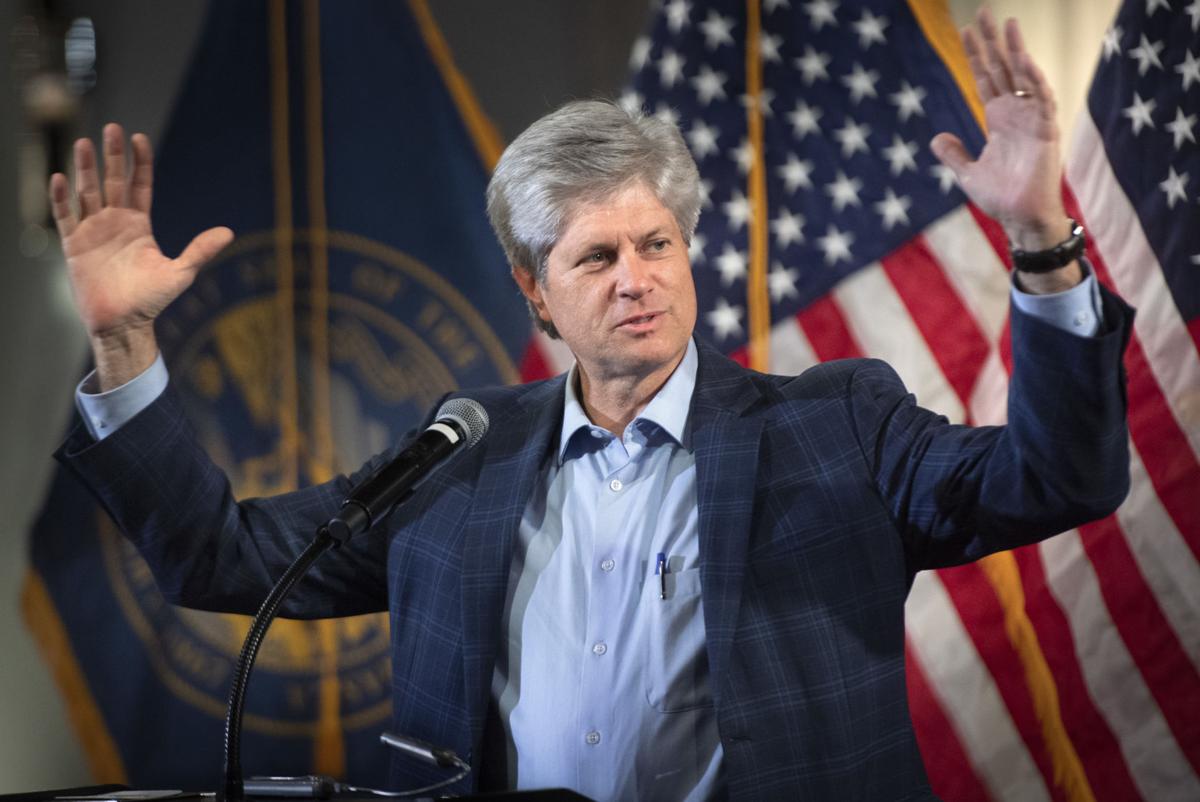 Rep. Jeff Fortenberry speaks during the Republican watch party on May 4.