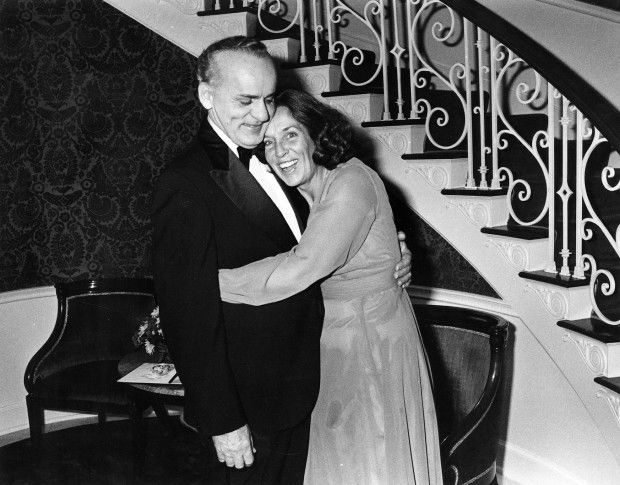 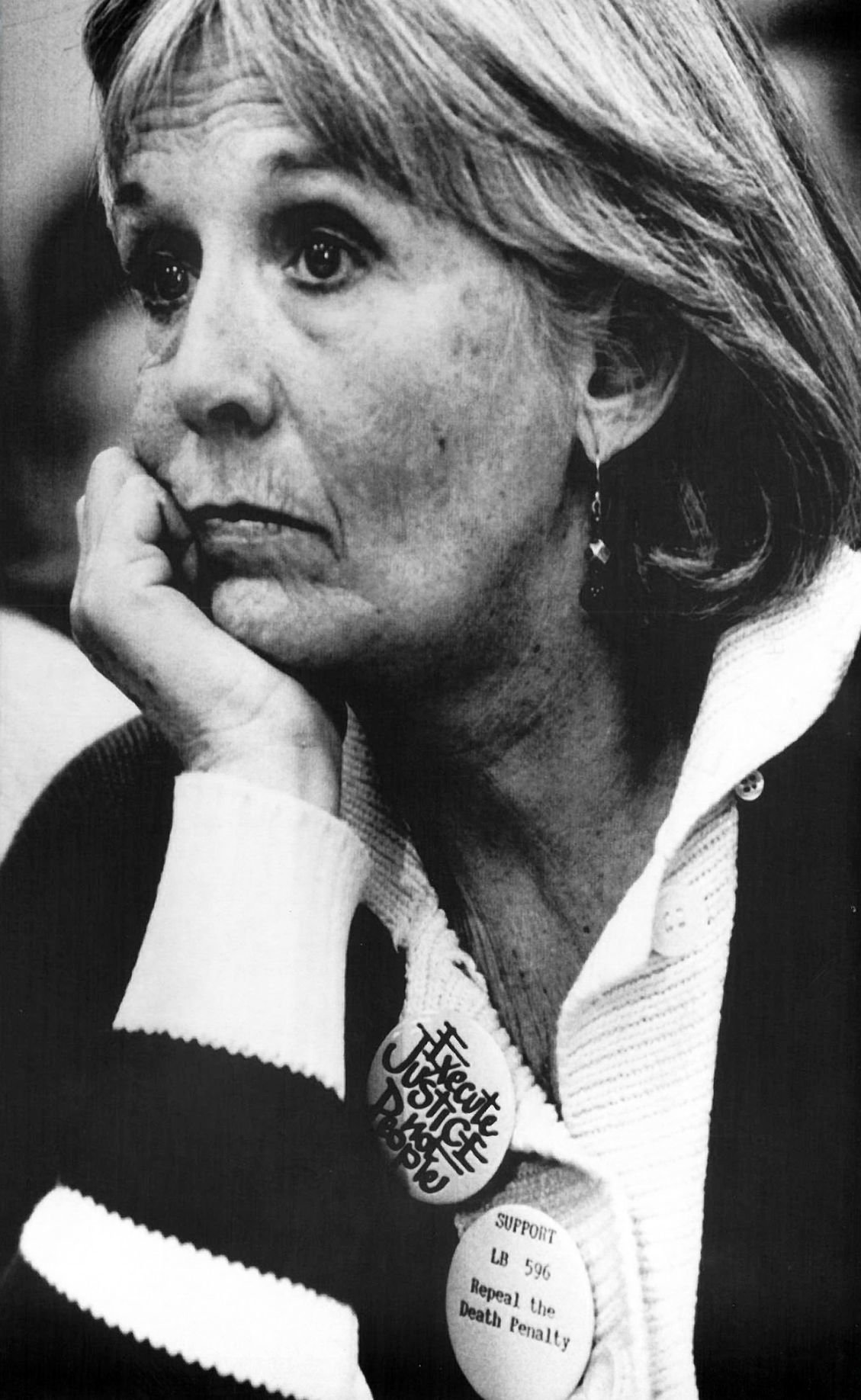 Former first lady Ruth Thone listens intently as testifiers tell a legislative committee they are opposed to the death penalty during a February 1989 hearing.

Ruth Thone was an outspoken supporter of humanitarian causes, active in organizations and movements spreading from civil rights to care for the needy, from peace to the plight of the Palestinians.

The Thones had been married for almost 65 years.

Ruth Thone's independent spirit may have been captured best in an iconic photo that found her sliding down the curving banister of the Governor's Mansion when the Thones moved into the residence following Charley's election in 1978.

"It was a most fortuitous way to start this life, not to pretend I was anything I wasn't," she told Lincoln Star writer Nancy Hicks in 1981.

Prior to the governorship, Charley Thone was a member of the U.S. House of Representatives for eight years and they lived in suburban Washington.

It was Ruth Thone whom President Ronald Reagan chose to sit next to him when the Thones were invited to a formal state dinner at the White House during the Reagan presidency.

Writing was a passion and a joy for Thone since her days as editor of the Daily Nebraskan, the student newspaper at the University of Nebraska where she earned a journalism degree after graduating from Scottsbluff High School.

Thone was the author of three books and has written columns for the Lincoln Journal Star and the Omaha World-Herald, along with articles for the Washington Post, Christian Science Monitor, the Des Moines Register and other publications.

In addition, she provided commentary for Nebraska Public Radio.

Friends noted that she shared her personal journeys through her writing, from being first lady and the mother of three daughters to overcoming a challenge with alcohol, quitting smoking and surviving an aneurysm and a stroke.

"Ruth Thone was the light and life of her husband, Governor Charles Thone, and their entire family," Gov. Pete Ricketts said Thursday night.

"Her candid spirit brought joy to many, and her heartfelt columns in the Lincoln paper endeared her to many devoted readers over the last several years.

"Susanne and I send our prayers to the Thone family as they grieve the passing of a woman who touched so many lives."

Thones in the Governor's Mansion

First, a word or two about Charley Thone.

Charley Thone, the former governor and congressman who might best personify the quintessential Nebraska political story, died Wednesday at the…

Thone remembered as 'a good and decent man'

Gov. Pete Ricketts on Wednesday saluted former Gov. Charles Thone as "a man of integrity who provided stable leadership as Nebraska endured a … 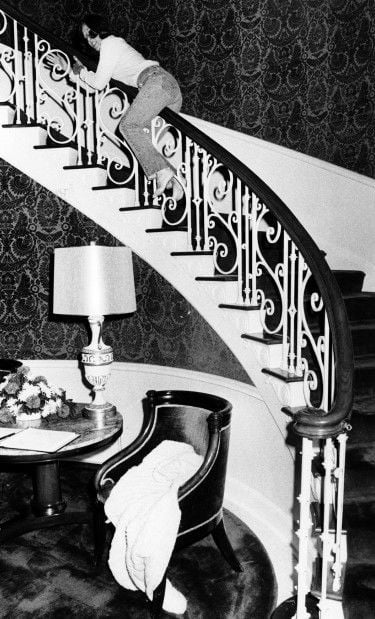 Ruth Thone, wife of Nebraska Gov. Charley Thone, slides down the banister on the spiral staircase at the governor's mansion. The Thone family moved into the mansion the night before Thone's inauguration.

Former first lady Ruth Thone listens intently as testifiers tell a legislative committee they are opposed to the death penalty during a February 1989 hearing. 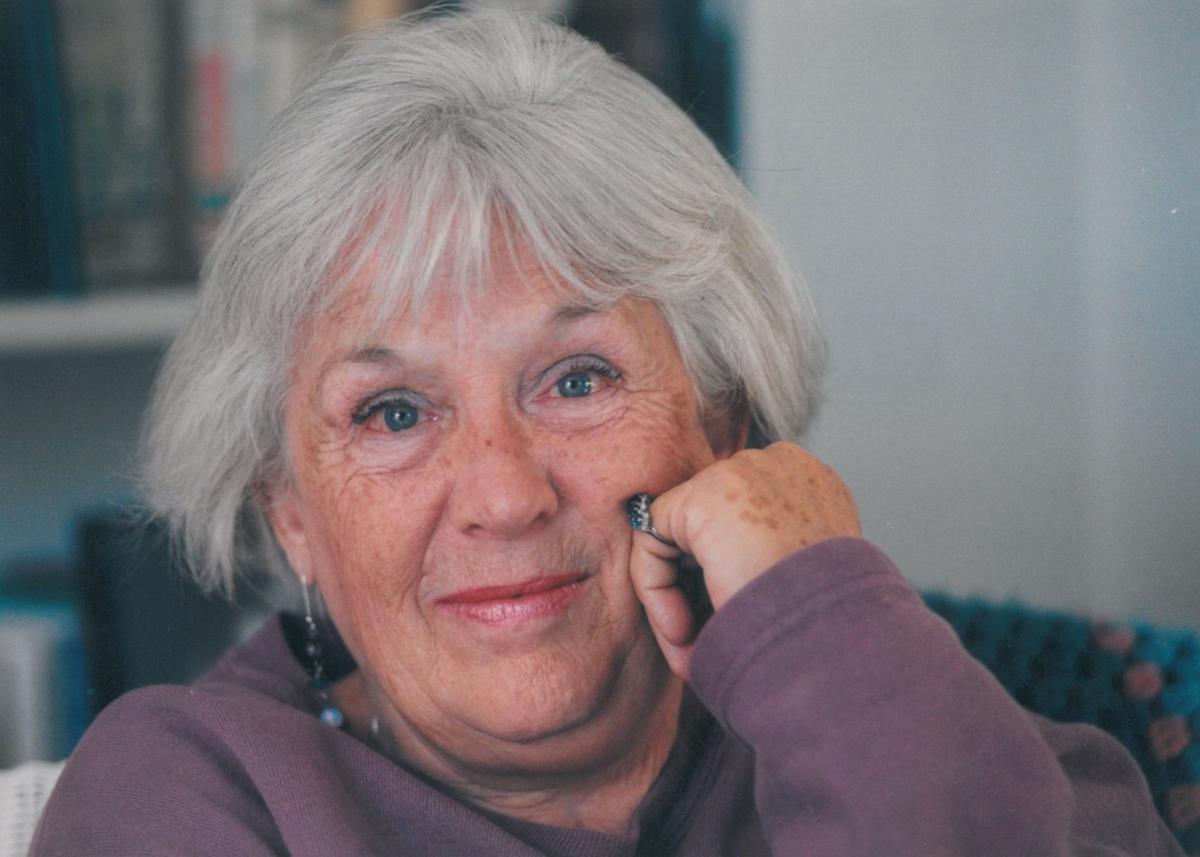