Schools fear dropouts will surge as result of pandemic; parents rush to get shots for kids

Although Morfeld said he welcomed an opportunity to make the bill better, and voted for an amendment by Sen. Steve Erdman of Bayard adding a due process clause for media advisers who run afoul of school administration, opponents, largely from rural districts, renewed their arguments against LB88 on the floor.

Sen. Mike Groene of North Platte said the bill circumvented the school district's rights as a publisher, which he said should have the power to decide what content it would print in school-sponsored media.

Sen. Ben Hansen of Blair echoed Groene, saying he believed the bill would allow the school newspaper to become more like social media because school officials wouldn't be able to exercise any control over the content.

"In my opinion, the principal is the editor," Hansen said.

The afternoon debate took an unusual detour after Groene dismissed Matt Hansen and other senators' understanding of constitutional law, as well as the law schools they attended.

"I don't consider anyone having taken a constitutional law class unless they went to Hillsdale (College, a politically conservative private college) or the University of Chicago or George Washington (University)," Groene said.

"Not some place that's ranked 87th in the country like UNL," he added, referring go the UNL College of Law's ranking in U.S. News and World Report.

That led several lawmakers, many of whom hold degrees from Nebraska Law, to defend their alma mater, or in the case of Sen. Julie Slama of Peru, to stick up for the college where she is enrolled in law classes.

Sen. Mark Kolterman of Seward suggested Groene, a UNL graduate himself, return his degree to the state's flagship campus.

"I think the university might accept it," Kolterman said.

In response, Groene pointed out UNL ranks 133rd in the "National Universities" category in the 2021 Best Colleges ranking, and said he wasn't attacking the university, only stating a fact.

When debate returned to LB88, a handful of senators, including Sen. Mike Flood of Norfolk and Omaha Sen. Megan Hunt, defended the bill as a workforce development tool and legislation that was not as controversial as opponents had made it out to be.

Flood, who owns a broadcasting company, said not allowing student journalists the full protections of the free press was like trying to teach engineers without giving them access to the underlying science.

The Norfolk lawmaker also said he wasn't concerned that someone could write something when they were a teenager that they later disagreed with: "That's life."

Hunt, a former state journalism champion at Blair High School, told the Legislature "nothing bad will happen if we pass this bill."

"The bulk of this opposition basically boils down to what happens if someone under the age of 18 has an opinion that's a little spicy and puts it in the newspaper," she said.

She pointed out several senators believe 18-year-olds were responsible enough to go to court without an attorney, or to be tried as an adult for certain crimes, or to be forced to give birth after being raped by a family member.

"Turn off your light and give up this embarrassing fight," she said.

The arguments were not enough to secure the votes needed to break the filibuster, however.

Three senators who voted to shut off debate in the first round — Sens. Tom Briese of Albion, Lou Ann Linehan of Elkhorn and Speaker Mike Hilgers of Lincoln — did not vote for cloture on second round.

On Twitter, after the vote, Morfeld thanked supporters who "worked hard to protect freedom of speech and the press for students in Nebraska."

"While we came up short by three votes for a super majority to end debate, we elevated the need for basic protections of constitutional rights from government interference," he said.

The Legislature will end its workweek with a half day of debate on Thursday.

A bill (LB88) to prevent school administrators from exercising prior review of student journalists failed to gain the 33 votes needed to invoke cloture on Wednesday:

Discussions on the bill (LB88) stretched across three days this week, as opponents used up the full time allotted for first-round debate after restoring the eight-hour limit earlier this year.

When North Platte students submitted a story on students flying Confederate flags to the school's principal as part of a routine review of the paper's content, they learned the story they had spent weeks reporting would not be published.

No dissenting votes on Nebraska's $9.7 billion budget proposal in first round

A bigger fight is looming Friday, when lawmakers take up the state's capital construction budget and an amendment to prepare designs and select a site for the proposed $230 million prison.

The measure would raise income limits for Supplemental Nutrition Assistance Program, or SNAP, benefits enough to help about 2,500 households.

Katerian LeGrone put his hands to his face after the verdict was read, seemingly relieved. Later, he said he's been working hard and hopes to go back to college and to playing football soon. "I feel like I'm a better person today, I'm a better man."

As someone descended from Irish and German immigrants, Sen. Mike Groene said he considered himself a "mongrel" and said others in the community where he grew up proudly saw themselves that way, too.

The Governor's Office released the application after it denied press credentials for NOISE Omaha, a nonprofit news website that covers Omaha’s minority communities.

Media of Nebraska, in a two-page letter Friday, offered to meet with the governor to work out "a reasonable approach" to providing media access.

As of Friday, 5,537 students -- 13.9% of the district's enrollment -- were learning remotely, down from the December peak when nearly a quarter of students were enrolled in remote learning.

Girls matched face masks to their dresses Saturday as Lincoln high school seniors get to celebrate prom in an abnormal year.

A negative test is required regardless of the graduate's vaccination status, according to UNL's website. Guests will not have to be tested. 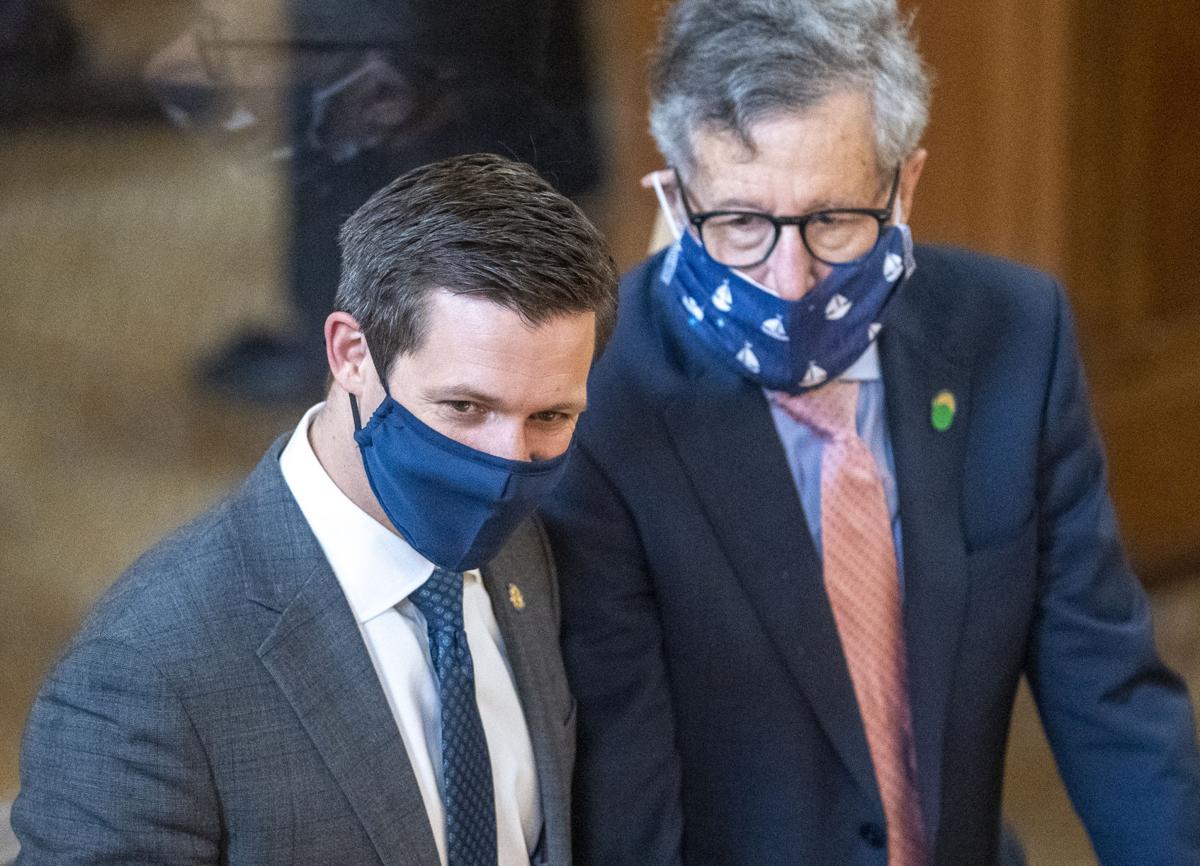 Sen. Adam Morfeld (left) talks with Sen. John McCollister in March on the floor of the state Capitol. Morfeld's bill to add protections for student journalists failed to advance on Wednesday. 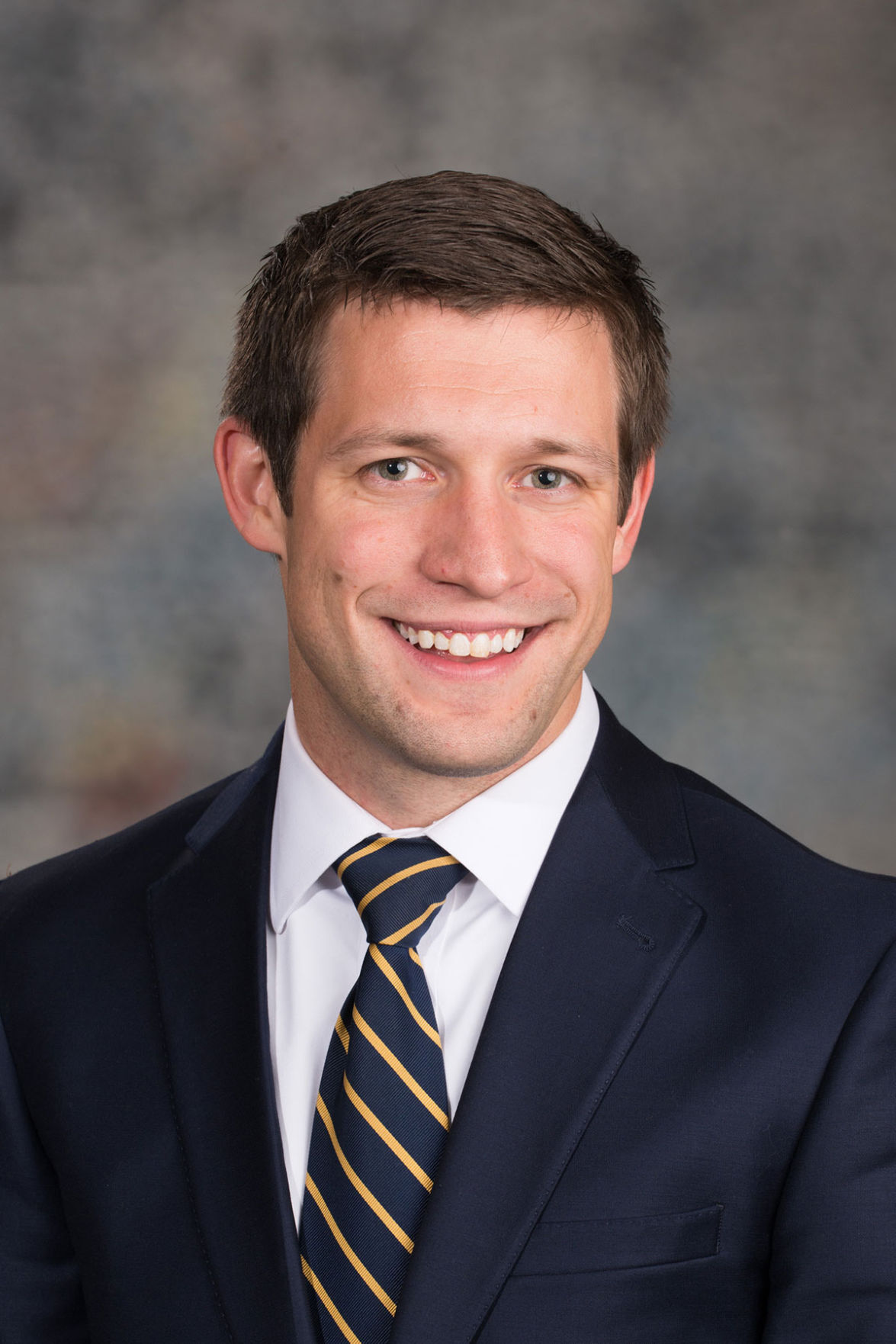